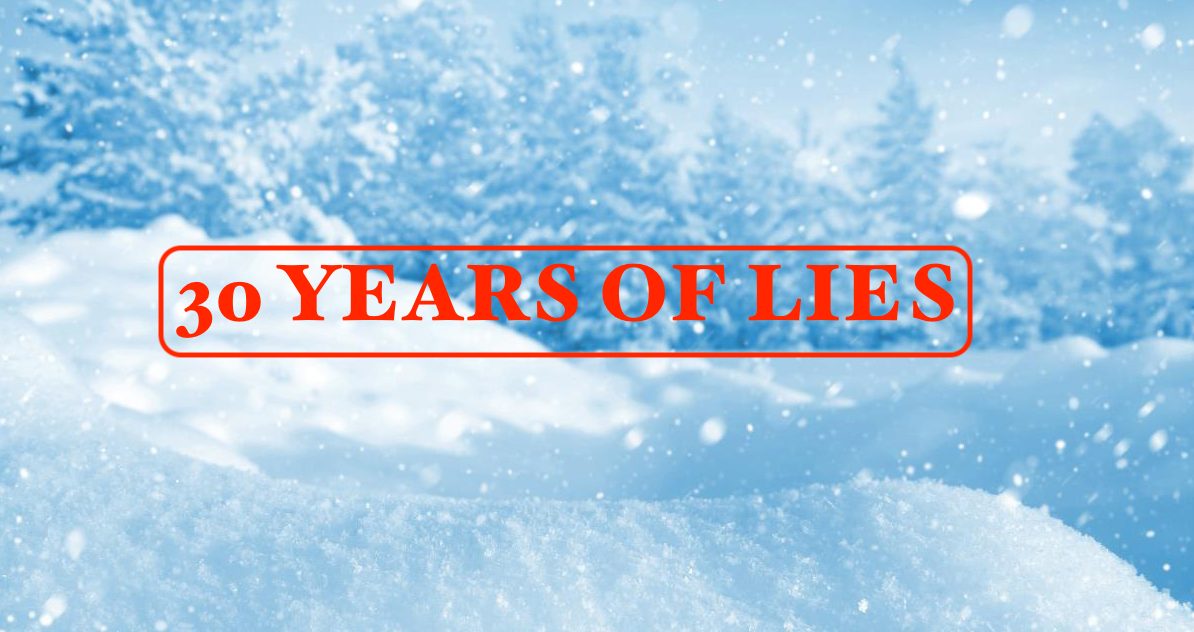 The ‘Global Warming’ Hoax: 30 Years of Predictions that Never Happened

Once upon a time in the late 1980s, the Left devised a behavioral modification scheme aimed at one thing: future control of as much of the population as possible.

The problem was convincing enough Americans to willingly go along with the plan — a scheme most would never voluntarily agree to because it would involve radical deindustrialization and modification of their lifestyles.

They settled on human-caused “global warming” — the determination that modern existence was causing the planet to heat up so much all life would soon be exterminated… if we didn’t stop being so modern. 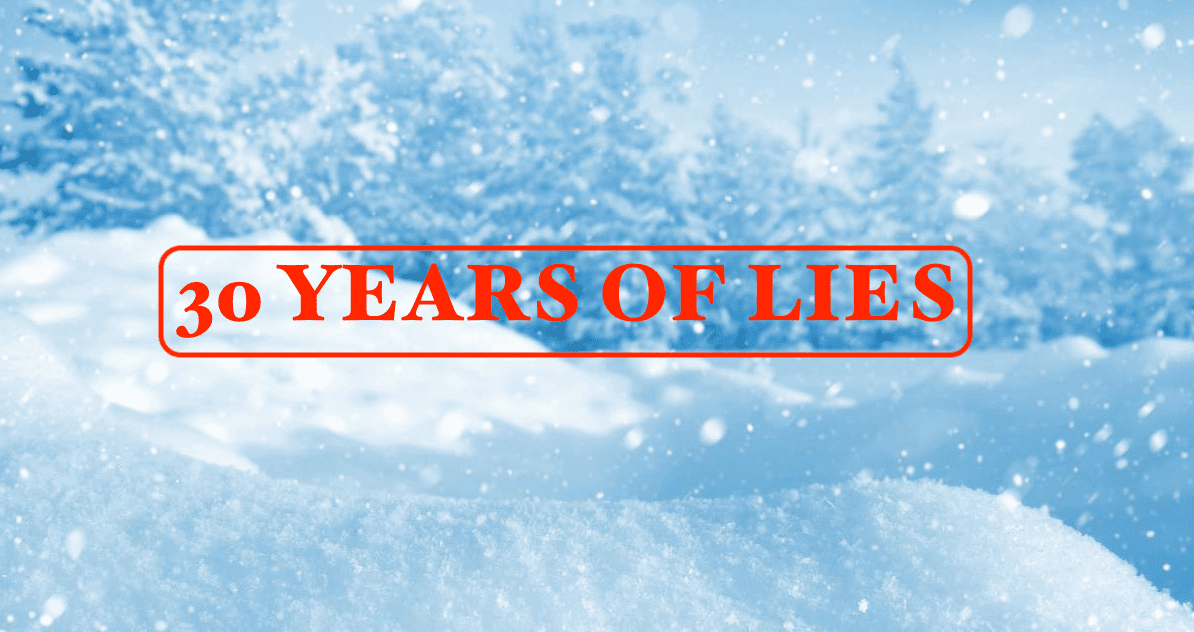 The crackpot theory was first introduced by NASA ‘scientist’ Dr. James Hansen in testimony before the U.S. Senate in 1988: “Global warming has begun.”

As reported June 24 of that year by The New York Times:

The earth has been warmer in the first five months of this year than in any comparable period since measurements began 130 years ago, and the higher temperatures can now be attributed to a long-expected global warming trend linked to pollution, a space agency scientist reported today.

At the time, Hansen — said to be a “leading expert on climate change” — told a Senate committee that he was “99 percent certain” that the warming trend of the day wasn’t due to natural Earth variations but instead was being “caused by a buildup of carbon dioxide and other artificial gases in the atmosphere,” the Times reported.

The Times intoned with this dire warning: “If Dr. Hansen and other scientists are correct, then humans, by burning of fossil fuels and other activities, have altered the global climate in a manner that will affect life on earth for centuries to come.”

Since then, of course, there has been no shortage of wild predictions of mass gloom, doom, and death, thanks to selfish humans (Americans mostly) who care more about their SUV than heating up the planet to the point of extinction.

And while the Left continues to tout this theory as legitimate, none of their predictions have come true. In fact, Hansen’s own charts and computer models from 1988 and earlier have been shown to be ridiculously flawed.

30 years of lies… and counting

Here are some of the most bizarre, insane, and just plain wrong predictions of disaster:

— One of our day’s biggest climate hoaxers, former Vice President Al Gore, predicted in 2006 as he was hyping in his BS (but nevertheless Oscar-winning) documentary, “An Inconvenient Truth,” that unless we took “drastic measures” to reduce “greenhouse gases,” then the world would reach a “point of no return” within a decade.

That prediction is now 12 years old. Mind you, Gore has never been a climate scientist or even a scientist at all; he’s just a political huckster like any other Democrat who claims to have intimate knowledge about the Earth.

— In March 2000, a writer for the UK’s Independent wrote that “snowfalls are now just a thing of the past,” as Britain was undergoing “striking environmental change” (thanks to selfish humans). But then a strange thing happened; England kept seeing snowfall.

In fact, in March of this year rural UK received so much snow, one longtime resident of rural England remarked: “I’ve never seen anything like this.”

— In 2007, Australia’s The Age pondered, “Can climate change get worse? It has,” onto its way to predict “more catastrophic damages from climate change than in the worst-case scenario forecast by international experts.”

That, ostensibly, included losing most of the Australian continent to flooding as melting ice dramatically increased the sea level.

There are many more, and Tony Heller of RealClimateScience.com put together a video of 30 years’ worth of bogus global warming/climate change predictions that never came true (and never will).