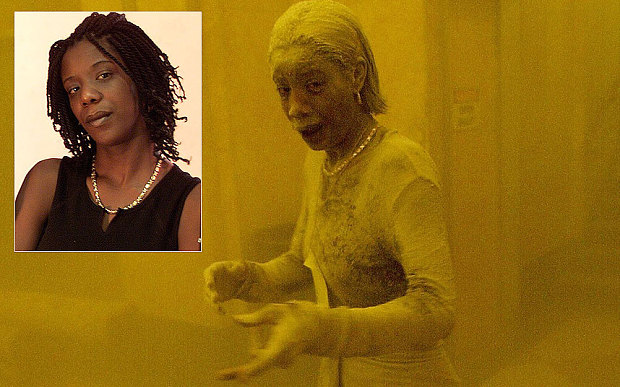 As many as 9,795 people were diagnosed with cancer linked to 9/11, the federal World Trade Center Health Program recently confirmed ahead of the 17th anniversary of the terrorist attacks.

The New York Post initially reported the numbers Saturday – and spoke with health officials, rescue workers and survivors who were at the scene of the dangerous toxic dust caused by jet fuel, asbestos, cement and glass shards.

Medical director of the World Trade Center Health Program at Mount Sinai, Dr. Michael Crane, told the Post there has been a significant increase in the number of cancer patients since the program – which tracks 9/11 related diseases – began five years ago.

The program ‘provides medical monitoring and treatment for responders at the WTC and related sites in New York City, Pentagon, and Shanksville, PA, and survivors who were in the New York City disaster area,’ according to its website. 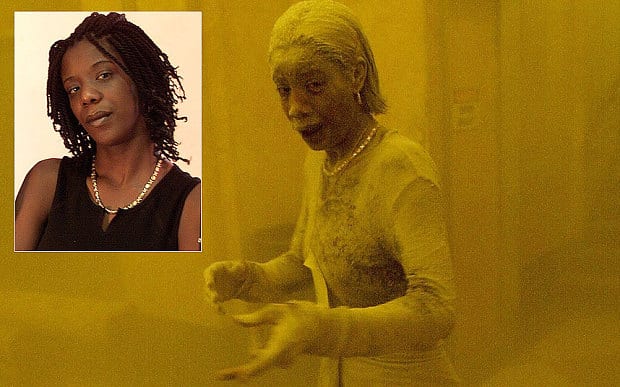 More than 1,700 responders and others have died as a result, including 420 specifically from cancer, according to the Post.

Epidemiology studies revealed that rescue and recovery workers have a ‘significantly higher’ risk of thyroid or bladder cancer and skin melanoma.

Leukemia and other blood-cell disorders are also of major concern, according to the report.

Non-rescue workers were reported to have ‘significantly higher rates of breast cancer and non-Hodgkin’s lymphoma.’ 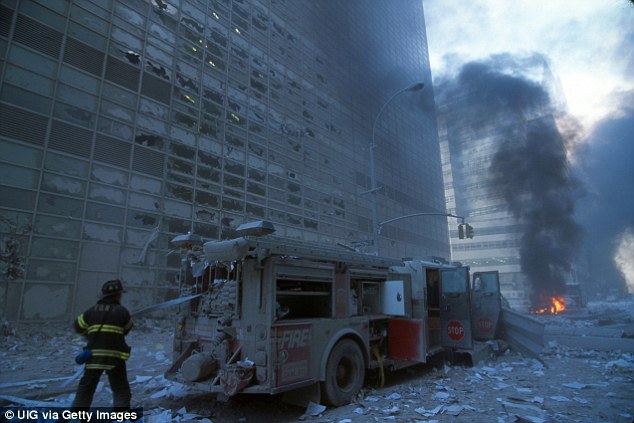 Crane added: ‘In an aging population, you’re going to see a rising cancer rate, no matter what,’ citing that the average age affected by 9/11-related illnesses rose from 38 to 55.

In 2008, Wilson diagnosed with tongue cancer following his years of sinus and gastrointestinal issues.

‘I probably could go out on disability, but working is my therapy – it helps me,’ Wilson, who still proudly works in the profession, told the Post.

Former receptionist at the National Coffee Association, Debbie Morales, said her health has been on a drastic decline since she stepped off the subway that day.

She told the Post she suffered two seizures eight years later and was diagnosed with advanced brain cancer afterward.

The married woman said she likely won’t be able to have children due to her health complications – which prevented her from freezing her eggs.

‘I feel that thing just took everything away.’

WTC responders advocate, John Feal, said: ‘9/11 is still killing… sadly, this fragile community of heroes and survivors is shrinking by the day.’

According to NCBI, as many as 60,000 and 70,000 first responders alone were said to have inhaled the toxic dust.

Dr. Jacqueline Moline, director of the Queens World Trade Center Health Program at Northwell Health, told CNN about the related illnesses in June: ‘The first wave was the acute – the deaths and all the acute injuries in the first couple of days.

‘The second wave was the aftermath and developed the sinus, asthma, anxiety and depression.

‘The third wave is the diseases that take years to manifest… the transformation from acute to chronic to permanent disease. That’s where we really are now.’

By Jessa Schroeder for Dailymail.com