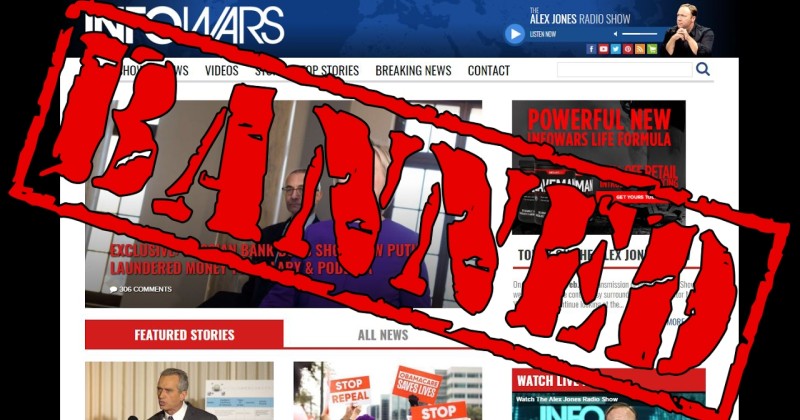 Apple has pulled the plug on Alex Jones. It scrubbed most of his content from its iTunes service. The trillion dollar tech company says it will not support “hate speech.”

From the former crown jewel of Operation Mockingbird, The Washington Post: 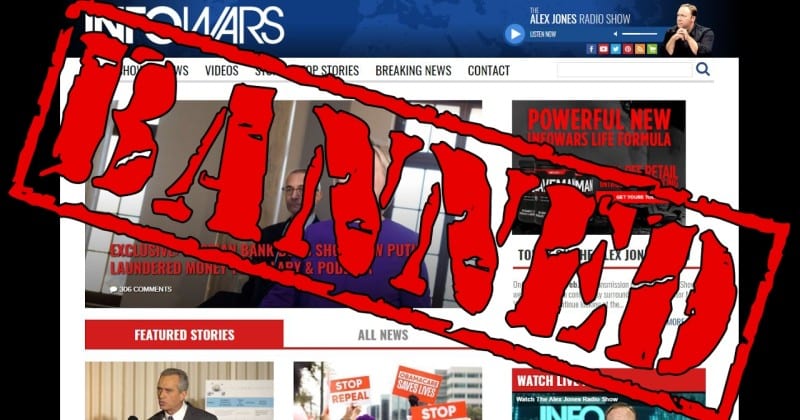 “Apple has wiped iTunes and its podcasting app virtually clean of content by Alex Jones, in one of the most aggressive moves by streaming services and technology companies against the conspiracy theorist and owner of the right-wing media platform Infowars.”

This is almost funny coming from a news organization that pushed one of the most deadly conspiracy theories of modern times: Saddam Hussein had weapons of mass destruction and, after none were found, George Bush made a comedy routine out of the fact Iraq didn’t have nuclear and biological weapons programs.

This “hate speech” resulted in the murder of more than 1.5 million people. That should qualify The Washington Post, which unquestioningly published war propaganda along with its sibling The New York Times, as the King of Fake News.

I don’t claim to know what happened at Sandy Hook. However, questioning the official version of that event and others is not a hate crime, no matter how outrageous.


Now lefties want to scrub Jones and his Infowars from all social media. They would celebrate in the streets if Jones’ Internet connection was cut. But that, of course, wouldn’t be enough for these SJW zombies — they want Alex Jones in prison, even dead.

Alex Jones is his own worst enemy. He courts this kind of publicity. (…) His support for Donald Trump is part of the drive to get more listeners and customers.

Finally, this is a long anticipated precedent that will spread like a California wildfire. The action against Jones will be used against others. I wager that within a year many if not most of the more popular “alt-right” and “New Right” personalities will be dumped by the social media giants. It can then concentrate on the propaganda news stream, selfies, chili recipes, and puppy pictures.

After the midterm elections and the inevitable accusation that Russia skewered the results by propagandizing the public, this purge will extend to the internet proper and the end result will be more regulation designed to keep the truth from spreading. It will be sold as a defensive move to save democracy when, in fact, the result will be the exact opposite.

Banning Alex Jones has very little to do with dead children or hate speech. It’s about the government and its corporate partners taking back the media so it can resume the urgent task of propagandizing the American people and thus gain their ill-informed consensus for endless war and the perpetuation of rigged economic and political systems.

I would like to remind you that a good alternative to Facebook is Minds.com and I warmly invite everyone to give it a go. It is censorship-free and it even pays its users for using the platform. You can create an account by following THIS LINK and you can then find us here: https://www.minds.com/HumansAreFree.

Sources: KurtNimmo.blog  (excerpt); YouTube.com; Real.video
Activating Your Latent DNA Is Easier Than You Think Previous post
Now That Facebook, YouTube and Apple Have Banned Alex Jones, They Will Start Coming for the Rest of Us Next Next post