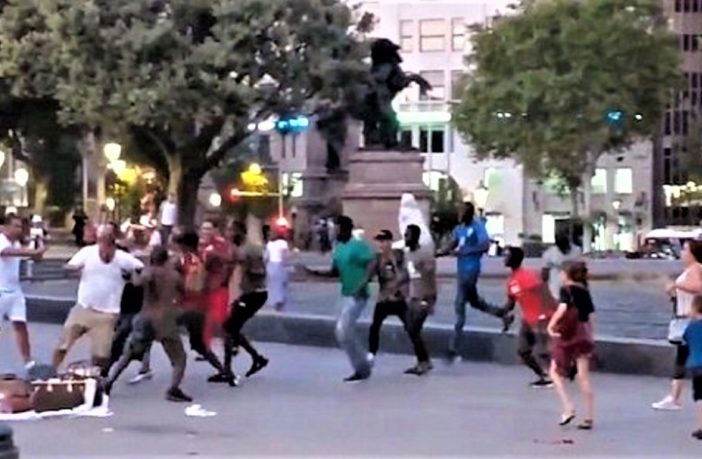 A 45-year-old American man was attacked by a bunch of “manteros” (the Spanish name for African migrants who sell junk on the streets of the capital).

He was at the Place of Catalonia when he saw the manteros arguing with a woman who couldn’t cross the road with her pushchair.

The American tourist tried to help her but the migrants hit him with a belt, it was like “a whip” describe police sources. 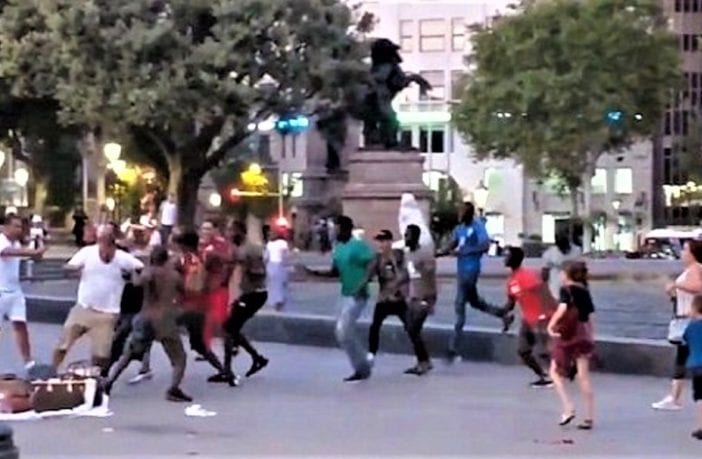 He was hit so hard it caused “internal bleeding and a deep wound”. Fortunately, he was tended to by medics before being transferred to Barcelona’s Clinic hospital, where he was treated and is now out of danger.

Voice of Europe reported on the 45-year-old American tourist who was almost killed by African migrants in the streets of Barcelona. He’s now speaking up against the Spanish elites, El Periodico reports.

José Bravo, 45 year old, is an American living in Miami, who decided to spend his holidays with his family in Barcelona.

Last Wednesday, a group of African migrants were “surrounding a woman and hitting her”, he explained to the media today. When he saw that nobody was defending her, he tried to save her and was almost killed; he suffered from internal bleeding in the head.

He said that they tried to “kill him”.

“Now, I have a bad image of Spain, this country is becoming the Third World and that’s the politician’s faults, they are putting the tourists and their people in danger” he explained.

Girl Has Pants Pulled Down, Threatened With Rape For Not Looking 'Mulsim Enough' Previous post
I’ve Had A Theory About Aliens For Years, And I’m Watching It All Come True Next post