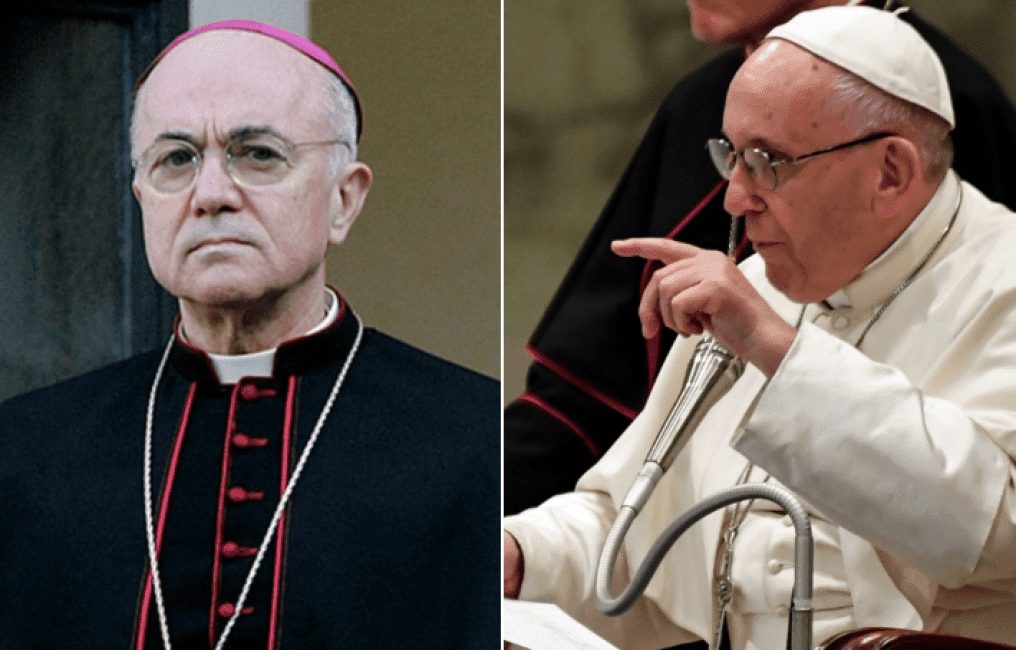 The Vatican, much like the International Monetary Fund, the World Bank, the Military Industrial Complex, down into national government and the entertainment industry, has a faction that participates in the trafficking, torture, sexual abuse and murder of men, women, and children.

Revelations continue to explode from within, and it’s truly a historical time for all of those involved, as we haven’t seen this amount of publicity ever hit the mainstream.

You can find examples mentioned above in this recent article I wrote regarding the revelations of elite level pedophilia within Hollywood. It’s far from a mere ‘conspiracy’ theory. All you have to do is check the sources instead of just reading headlines.

Based on my research, I believe approximately 80 percent of the world’s elite, and those who we call our ‘leaders,’ as well as those who we look up to and idolize, are involved in some type of this activity, be it sex with minors or full-blown ritualistic tendencies. 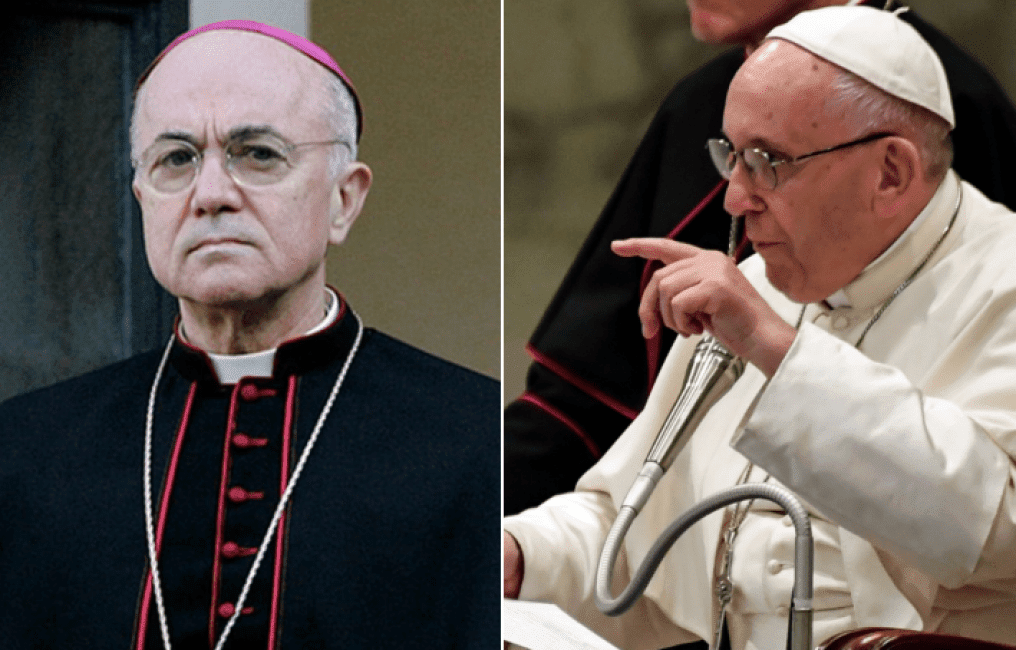 We are talking about people who are victims themselves, who have been born into a life where they don’t necessarily see it as ‘wrong.’ They eventually grow up and can rise to powerful positions and continue the same cycle of abuse that was imposed on them.

Despite the fact that mainstream media continues to ignore it, these revelations are happening in multiple fields, especially from within the Vatican. For anybody who really wants to know the truth, it’s not hard to find, unless you’re constantly sitting in front of your television screen. The sources are out there, and they’re very credible; to those involved, their testimony is very incriminating.

The latest to ‘blow the whistle’ is Carlo Maria Vigano, “Titular Archbishop of Ulpiana Apostolic Nuncio.” He retired in 2016 after serving as the Apostolic Nuncio to the United States. He also previously served as Secretary-General of the Governorate of Vatican City state from July 16th, 2009 to September 3rd, 2011.

He recently released a bombshell 11-page written testament that offers information on “who in the hierarchy knew what, and when, about the crimes of Cardinal McCarrick.” The testimony implicates multiple high-ranking officials within the church, including Pope Francis.

McCarrick was recently removed from his post in June 2018 because of child sexual abuse allegations. This document shows how that process was delayed (his activities were learned of nearly two decades ago), and how the Pope did as much as he could to protect McCarrick.

Is this what’s happening? Is the Vatican doing its best job to protect the practices that really go on behind closed doors? Perhaps the best way to protect themselves is through admission and having a few ‘fall’ people to take the blame for something that is far more widespread within the Church itself.

The document states that Francis “continued to cover” for McCarrick, as well as make him “his trusted counsellor.”

This isn’t a surprise, as there always seems to be stuff like this going on within the Vatican. Take George Pell, for example, he’s a top Vatican official that’s been an advisor to Pope Benedict, as well as Pope Francis.

Another recent example is the reporting of decades of sexual abuse in a choir that was led by Georg Ratzinger, the brother of retired Pope Benedict. It involved 600 members from the Catholic boy’s Domspatzen choir in Regensburg, Germany, where physical and sexual abuse ruled from 1945 to 1992.

Ratzinger was the choir’s head from 1964 to 1994. This was brought to light by a lawyer names Ulrich Weber, who discovered 500 cases of physical abuse, and 67 cases of sexual abuse committed by a total of 49 people in positions of power. You can read more about that HERE.

In the letter written by Vigano, who confirmed to CBS that he actually wrote that statement, he was speaking out “to combat the grave situation in the church, to protect the church and also to stop future abuse.”

“I had always believed and hoped that the hierarchy of the Church could find within itself the spiritual resources and strength to tell the whole truth, to amend and to renew itself… Now that the corruption has reached the very top of the Church’s hierarchy, my conscience dictates that I reveal those truths.”

You can read the entire statement here. It implicates many people, but probably not everybody involved. As the letter indicates, this type of corruption goes all the way to the top, and again, this is not the first time it has happened.

Another example that must be mentioned here would be Malachi Marin, an Irish Catholic priest and writer on the Catholic Church. Originally ordained as a Jesuit priest, he because of Professor of Paleography at the Vatican’s Pontifical Biblical Institute.

Here’s a great quote from him:

“Most frighteningly for [Pope] John Paul [II], he had come up against the irremovable presence of a malign strength in his own Vatican and in certain bishops’ chanceries. It was what knowledgeable Churchmen called the ‘superforce.’ Rumors, always difficult to verify, tied its installation to the beginning of Pope Paul VI’s reign in 1963.

“Indeed Paul had alluded somberly to ‘the smoke of Satan which has entered the Sanctuary’. . . an oblique reference to an enthronement ceremony by Satanists in the Vatican. Besides, the incidence of Satanic pedophilia – rites and practices – was already documented among certain bishops and priests as widely dispersed as Turin, in Italy, and South Carolina, in the United States.

“The cultic acts of Satanic pedophilia are considered by professionals to be the culmination of the Fallen Archangel’s rites.” — The Keys of This Blood, page 632

Perversion and sexual rituals go hand and hand with Satanism. According to the Telegraph and various other sources, Gabriel Amorth was the Holy See’s chief exorcist for 25 years.

“The Devil resides in the Vatican and you can see the consequences… The evil influence of Satan was evident in the highest ranks of the Catholic hierarchy, with “cardinals who do not believe in Jesus and bishops who are linked to the demon.”

It’s high time we asked ourselves: who are we allowing to govern our world, set our policies, design our education and basically cut a path for each of us to follow? For a long time, we’ve lived in a world, especially in the west, where people have become complicit and comfortable.

Questioning our reality and what is really happening on our planet isn’t easy, but it’s necessary to shed light on the darkness so we can move forward into a greater human experience, one that is based in truth, transparency and love instead of darkness, deceit and hate.

That being said, all of these ‘dark experiences’ are presenting opportunities for us to truly see. You can read more about this in this article: Multiple Catholic Priests Expose The Practice of Satanism Within The Vatican.

Naturopathic Doctor Forced to Shut Her Clinic After Death Threats and Government Pressure Previous post
5 Types of People: The Truth Seekers, Brainwashed, Misguided, Power Hungry, and The Ones Who Sold Their Souls Next post