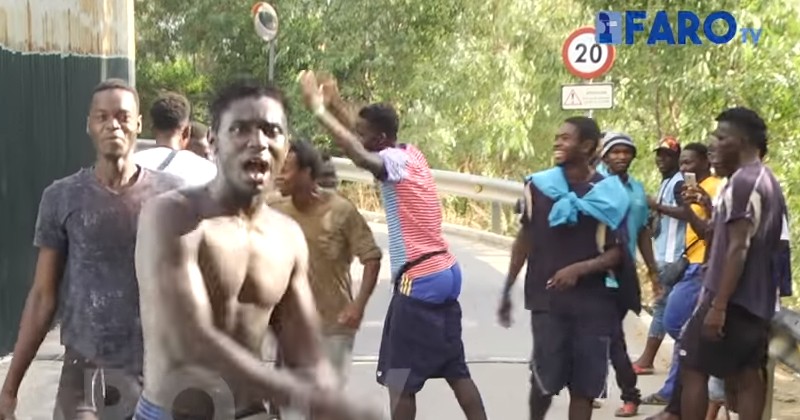 Over 100 African migrants stormed into the Spanish territory of Ceuta from Morocoo on Wednesday, attacking police with acid.

“The migrants, some with bloodied arms and legs from climbing over the razor wire at the top of the border fences, cheered as they walked towards a temporary reception centre,” reports Voice of Europe. “The television images showed the mostly young men some shouting, “I love Spain!” with others draped in European Union and Spanish flags.”

Seven Spanish police officers suffered burns as a result of a corrosive substance being thrown at them by the migrants.

Out of the entire group of migrants, there are virtually no women or children. The migrants are seen celebrating wildly and performing Islamic prayers. 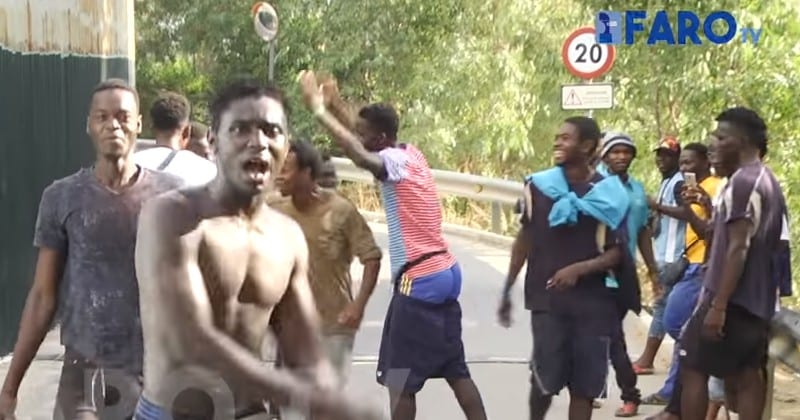 It was later reported that the migrants were returned to Morocco thanks to an agreement between the two countries.

Spain has become the number one point of arrival for migrants crossing the sea to Europe in 2018, with over 21,000 arrivals so far, a process that has quickened after the country’s socialist government gave the green light for open borders.

Videos of boatloads of migrants washing up on Spanish beaches have also become commonplace.

Get used to seeing scenes like this in Spain.

What kind of government with any rationality or sense would advocate such uncontrolled madness?pic.twitter.com/4OUwlgktnv

Back in July, around 800 sub-Saharan migrants attempted to cross the border between Morocco and the Spanish enclave of Ceuta, throwing feces, burning quicklime, stones and Molotov cocktails at border police while using homemade flamethrowers and saws to dismantle barriers.

Around 600 of them succeeded in crossing the border. Video from the scene shows migrants wildly rampaging through the streets while screaming deliriously.