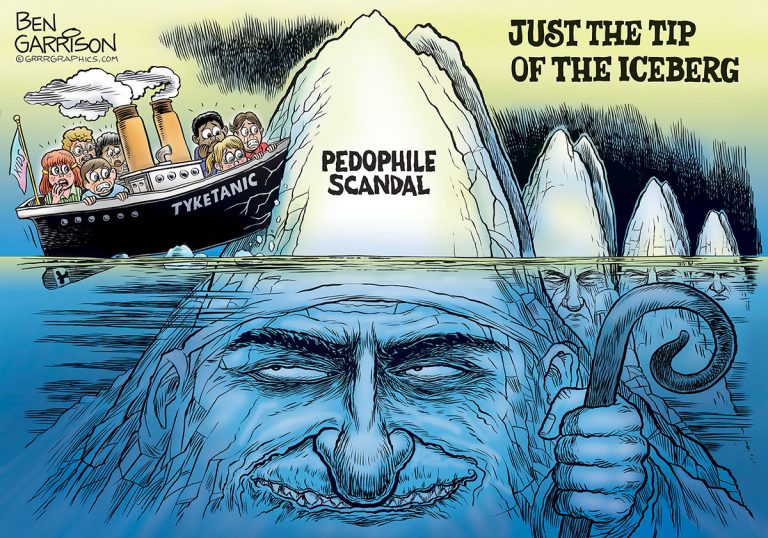 Illuminati Pedophilia: What is the Role of the Awakening Community?

In a previous article, ‘Why We Need to Stand Up to the Illuminati RIGHT NOW’, the point was made that a fundamental aspect of our awakening as a collective involves coming to a greater state of awareness of the reasons why our world is in the far less than optimal state it is currently in.

This includes understanding the ways and means of the different systems of enslavement that have been in place all our lives, and have actually structured many of our local and global societies.

Having gained this awareness, we then need to go a little further: we have to understand and face our collective complicity in these systems, whether it be the result of naive ignorance, fear of looking into the darkness, or, in some cases, outright enabling of the system by omission or commission of actions that serve to perpetuate it. 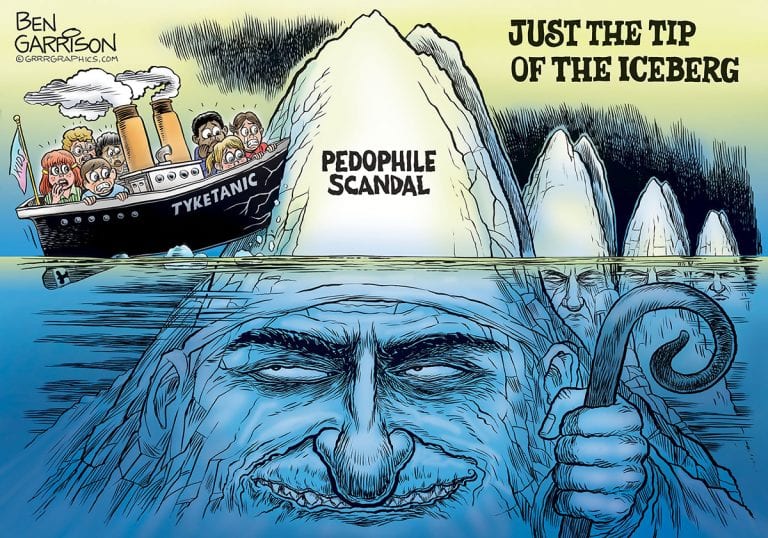 The various evils committed by the ‘Powers That Be’ I have labeled the ‘Illuminati’ are interconnected and mutually supportive: war and destruction, economic fraud, illicit and pharmaceutical drug abuse and trafficking, human and child sex and slave trafficking, murder and human sacrifice, mind-control and genetic experimentation, perversion of the food and water supply, chemtrails and weather warfare, and other crimes against humanity.

However, for this next series of articles, I have decided to isolate one particularly abominable crime for our deeper exploration: pedophilia and child sex trafficking.

I do so in order to ask the poignant questions about whether, as individuals in the awakening community, we are doing right by our brothers and sisters the world over who are affected by these crimes.

But I do so because I believe the time has come for us to shed the light of our awareness on this matter in a way that starts to disable its ongoing presence in the world. I invite you to continue reading and to be open to the possibility that with an intention to help liberate kindred souls the world over, we may further the liberation of our own souls as well.

We Are Just Getting Over The Denial

Like most of you, the idea that much of the pedophilia that goes on in the world is facilitated by well-funded, highly organized, ‘above the law’ global child sex trafficking operations would not have even entered my mind a mere decade ago.

In fact, I was not even aware that pedophilia was much more than the odious perversions of a few hypocritical Catholic priests and a smattering of other depraved individuals in society.

I have since come to get a more comprehensive picture, thanks largely to information that has begun to proliferate on the Internet.

In the aggregate, this information has left me with the inescapable conclusion that not only is child sex trafficking an ongoing global endeavor executed by compromised state agencies like the CIA, but also that pedophilia, child torture, and child murder are an inherent and pervasive aspect of the occult religion and lifestyle of those at the highest levels of power in our world.

Testimony to substantiate this is widely available now in many forms, some of which will be brought to bear in this article series. For now, suffice it to say that if you believe these ideas to be wild, unproven conspiracy theory, I simply ask you to read on with an open mind.

Please consider that the very reason that information about this has stayed hidden for so long is that it is so difficult for people to consider something that changes their perception of the world and of humanity in such a radical and frightening way.

For those of us who have gotten over the denial, many are angry. I will note that anger is far better than hopelessness. My hope is that we attempt to transmute that anger into purposeful action. What exactly that action might be would depend on what each individual felt called to do.

But let’s first determine what we need to accomplish. I would like to propose three intentions for the awakening community to hold in mind and act upon as each individual sees fit.

Our highest intention needs to be protecting our children right now. 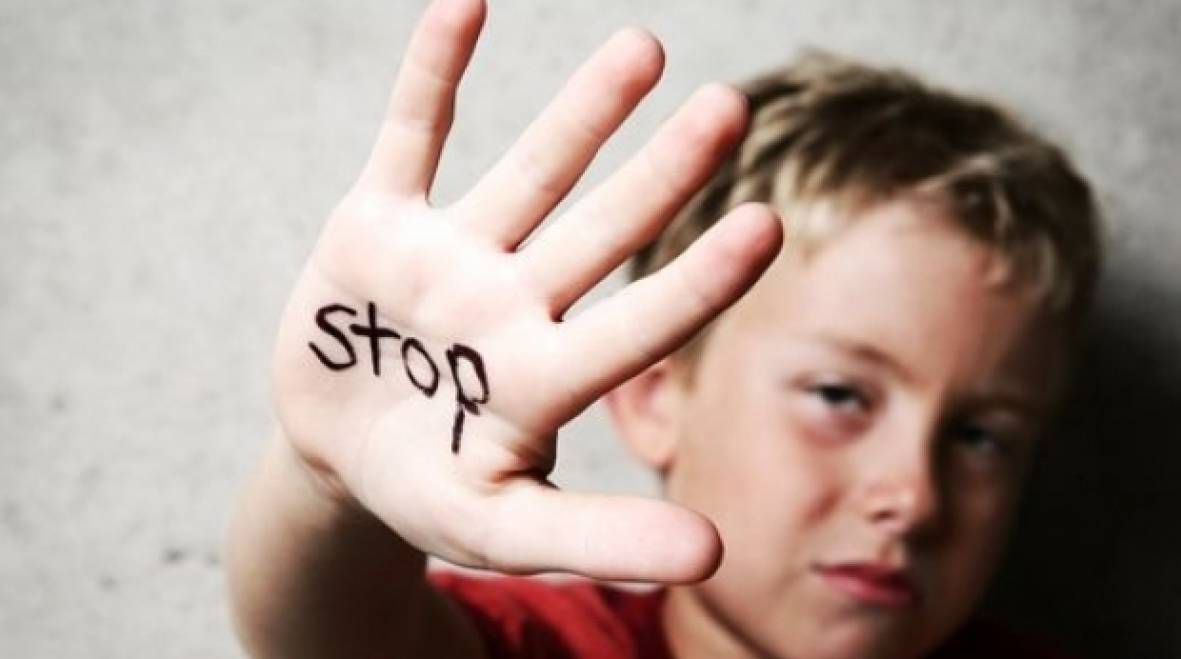 The work of directly protecting the most precious and vulnerable among us remains the work of very few in the world. Does this really make any sense, if we think about the things we supposedly maintain to be most valuable as a human race?

I cannot speak to the success of organizations that purport to hold the protection of children as their mission. There is evidence that many such organizations have been stealthily hijacked and are now actually fronts for child sex trafficking.

This kind of phenomena is not even ironic anymore; using front organizations has widely been documented as one of the most successful strategies the Illuminati has employed in several areas of human activity.

As Robert David Steele says in his speech to the International Tribunal for Natural Justice:

And so we would do well to be wary of the kinds of child protective services that barge into a volatile situation and summarily take charge, often with the air of ‘authority’ of law enforcement.

Don’t we owe it to ourselves to get to know the various governmental and non-governmental organizations better, perhaps even investigate each one and vet them to the best of our abilities?

It stands to reason: front organizations make tremendous profits from child sex trafficking, and so they would essentially be self-sustaining. Like just about every type of venture in our current society, big money only arrives where there is a return-on-investment.

Also let’s try to be more cognizant of geopolitical events that may be designed, or at least taken advantage of, for the purposes of child sex trafficking.

War-torn areas where parents have been killed, disasters like the Haiti earthquake, mass refugee or immigration movements, or simply places that are maintained in states of abject poverty are ripe for ruthless child sex trafficking operatives to step in and plunder children.

As our awareness of these strategies spreads, we are able to increase our collective eyes on the ground, and remove the cover of fog and darkness these crimes operate under.

We also have to come to grips with the fact that some children are actually bred for pedophilia, within the dark confines of the Illuminati system. Most do not live to tell the tale. Only the unveiling of this entire control system will end this. Thus doing so must be part of our intention.

I believe those who have survived child sexual abuse should be treated with the highest respect and honor that we can bestow.

Some have stories to tell of personal redemption, and we need to be eager to listen to them, as their testimony represents precious jewels of wisdom and insight about the human experience and who we are.

Some are not yet ready to speak, and we must be prepared to give credence to their trauma and hold them in a collective embrace of compassion and acceptance.

Gone are the days where we might have felt the need to adopt a skeptical approach to someone who claimed to have been sexually abused as a child simply because it didn’t fit into our naïve perception of universal human decency; we are now aware that it is truly psychopathic humans that have been running the show.

Not only is it likely that most people who talk about being victims of child sexual abuse are not making it up, but also that the vast majority of survivors have not yet come forward, either out of fear or as a consequence of dissociative mind-programming by which they don’t remember or doubt the fragmented memories they have.

The next decade of our lives is sure to be dominated by a profound collective need for healing. It is incumbent among individuals in the awakening community to recognize the systems of dehumanization that have dominated our societies.

As these systems break down, we need to focus on the intention to replace them with strong and vibrant systems of healing and support for all individuals in need.

3. Deal With Our Perpetrators

There is nothing unambiguous about this next intention: those who are sexually abusing, torturing, and killing children must be stopped.

Of course, this is an overwhelming task, especially if we really try to fathom the magnitude of these operations. In that same speech linked to above, Robert David Steele said that based on his information, he had a working assumption that, annually,

Do we have the right, as awakened and conscious beings devoted to the evolution of the human collective, to ignore this information and try to convince ourselves it isn’t true? Or that it’s none of our business? Those are questions that each individual needs to ask themselves in the quiet confines of their own mind.

For those of us who feel that we have a role in this, the first thing we can do is overcome a sense of hopelessness and start believing that we as a collective can accomplish our intention.

The way things are currently structured, a massive collective awareness that such wide-scale pedophilia, child torture, murder and ritual sacrifice are happening on the planet would go a long way to actually force our current governments to end their complicity in these programs and work to stop them.

For those who believe that we cannot make our governments or other institutions work FOR us rather than AGAINST us, it must be understood that it is a small percentage of well-placed Illuminati or Illuminati-supporting people in these institutions that are really directing efforts, and the awakening of the majority of good people within these institutions could be one way to turn things around.

We can take heart in the fact that, on the law enforcement front, there is evidence that the Trump administration is taking more action to apprehend pedophiles and child sex traffickers than any administration in our lifetime.

Trump signed the ‘Executive Order Blocking the Property of Persons Involved in Serious Human Rights Abuse or Corruption‘ last December and the DOJ can now boast of successful operations such as Operation Broken Heart which oversaw ‘the arrest of more than 2,300 suspected online child sex offenders.’

There are record numbers of sealed indictments on the books this year, and some believe that many of them are for people involved in the global child sex trafficking ring. Regardless, our growing awareness and proliferation of this information can only help to speed up whatever processes are in place to expose child sex trafficking.

Of course, it is understood amongst people within the awakening community that there is an important spiritual component to our intentions. In the bigger picture, this whole enterprise involves bringing about the healing of a ravaged planet and tormented human population.

In this regard, we must ultimately see most of the perpetrators of these crimes as themselves victims of intense training, ritual abuse and mind programming that actually breeds dissociative and psychopathic personalities who are able to rise undetected to positions of power in all fields.

In subsequent articles, a deeper understanding of these types of personalities in positions of power, and how we can empower ourselves and the rest of humanity in dealing with them, will be discussed.

Facebook Bans NPR Report on Faked Government School Shooting Statistics Previous post
Germans Could Need to Work Until Their 70s and Pay Higher Taxes, to Support Hundreds of Thousands of Migrants on Welfare Next post