Social media censorship is here and out in the open, and it has become clear that the major tech companies are working together to shut down and silence members of the free press for political reasons. Of course, this has everything to do with Donald Trump being in office, and whether you support him or not, what is being lost in the effort to depose him will eventually affect everyone.

Censorship is not the American way, and while people today may think that the ‘other’ side is dead wrong and shouldn’t be allowed to speak up, it takes a special kind of influence to achieve the level of social media and platform banning that we’ve seen in recent weeks.

It turns out, according to a leaked 49 page document, that this special influence may be none other than George Soros himself, the world’s wealthiest liberal political agitator.

Soros has long been known to exert influence, via his immense personal wealth, at the grass-roots level of many political struggles around the world.

“A confidential, 49-page memo for defeating Trump by working with the major social-media platforms to eliminate “right wing propaganda and fake news” was presented in January 2017 by Media Matters founder David Brock [ex-boyfriend of James “Pizza” Alefantis] at a retreat in Florida with about 100 donors, the Washington Free Beacon reported at the time. 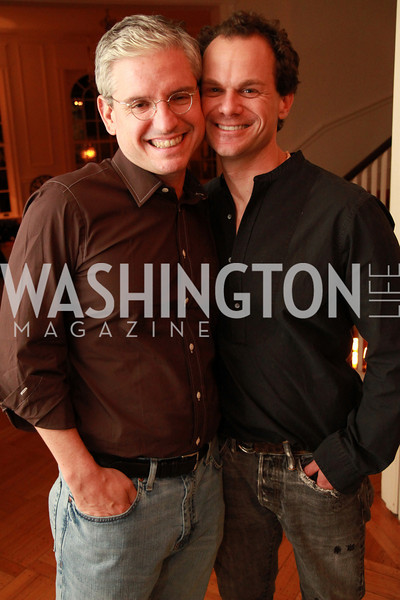 David Brock and his former boyfriend, James “Pizza” Alefantis – Think about it: Why do they want to censor the Internet? What do they have to hide?

The document obtained by The Free Beacon states that Media Matters and other Soros funded groups have “access to raw data from Facebook, Twitter, and other social media sites” so they can “systemically monitor and analyze this unfiltered data.” [Source]

The full confidential memo, which reads like a subversive political manifesto, was written by American liberal political activist and author, David Brock, also the founder of Media Matters for America.

David Brock is a Clinton shill who was caught laundering money:


Entitled, Democracy Matters: Strategic Plan for Action, and composed in early 2017,  it lays out the Democratic plan to oppose Trump’s presidency at all costs by waging a daily media war, and we have been feeling the results of this strategy since Trump took office, and after nearly two years as president, the media landscape is in utter chaos, and the population is more divided than it has been since the American civil war.

Regarding Soros, he is a known financier of Media Matters, of which he has supported since 2010 in an overt effort to counter news organizations like Fox News. Soros has developed the reputation of being the world’s leading agit-prop bankroller.

“Media Matters is one of the few groups that attempts to hold Fox News accountable for the false and misleading information they so often broadcast. I am supporting Media Matters in an effort to more widely publicize the challenge Fox News poses to civil and informed discourse in our democracy.” ~ George Soros

The effort to censor social media began in earnest with the election of Trump which saw the rollout of the term ‘fake news,’ and the Brock memo clearly outlines how this plan was intended to bring about the resulting censorship we see today.

From the Brock memo:

Futhermore, the memo discusses how big tech companies like Google, Facebook and Twitter (all of which are openly censoring user accounts today) will be recruited and called upon to collude with the Soros and Brock agenda in order to manipulate the political landscape. 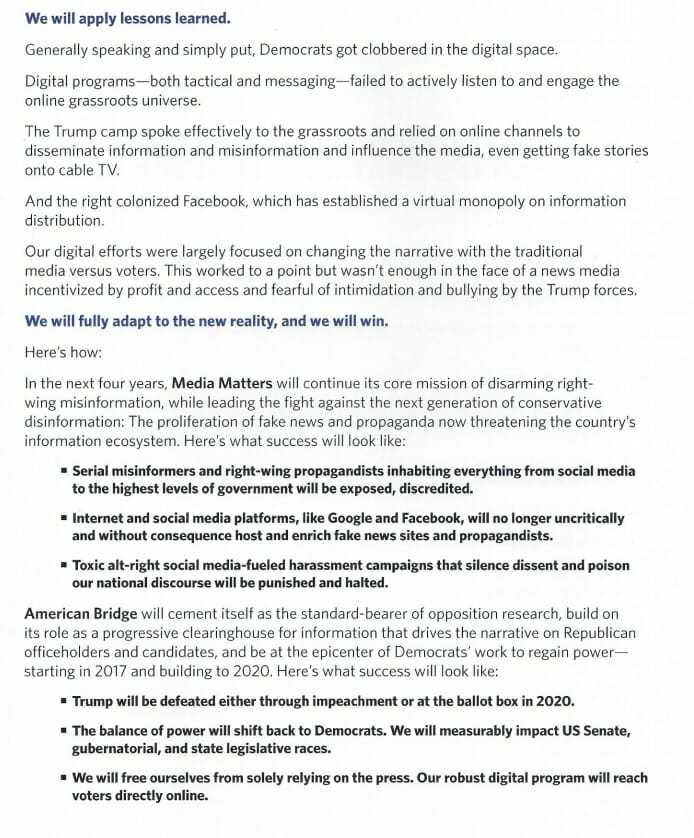 Collusion between Media Matters and social media platforms runs rather deep, as noted by WND:

“The document claims Media Matters and far-left groups have “access to raw data from Facebook, Twitter, and other social media sites” so they can “systemically monitor and analyze this unfiltered data.”

“The earlier we can identify a fake news story, the more effectively we can quash it,” the memo states.

“With this new technology at our fingertips, researchers monitoring news in real time will be able to identify the origins of a lie with mathematical precision, creating an early warning system for fake news and disinformation.”

Again, if open censorship of American independent media is allowed to take root, everyone will suffer in the long run. While politics may seem like the biggest game in town, above this spectacle are the values and traditions that have made this country worth living in.

Once this is gone, America will be totally unrecognizable, and billionaires like Soros will be become our de facto kings and lords.