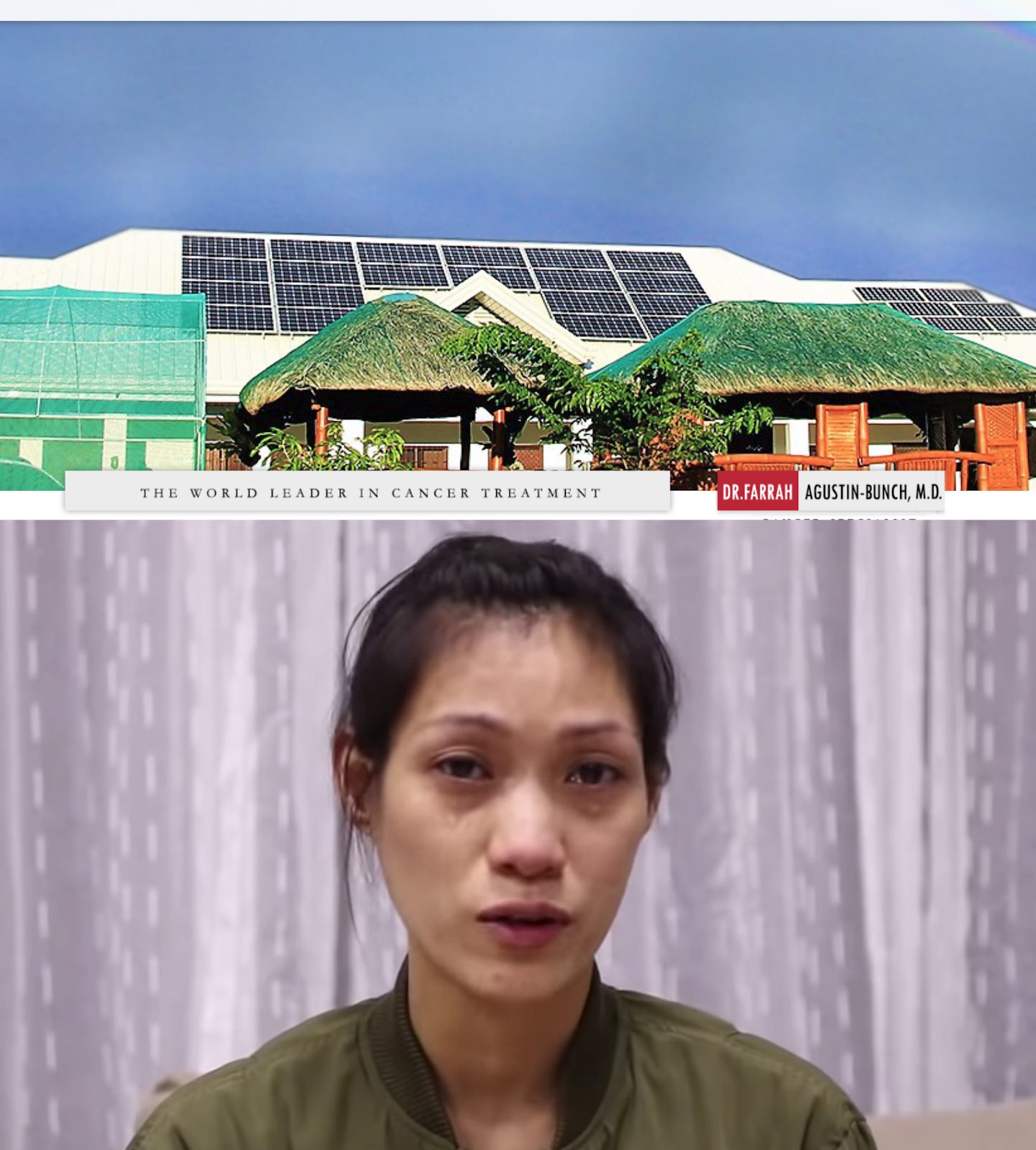 A world-famous doctor who offered her naturopathic services for free was forced to close her clinic after the Philippine equivalent of the FDA went after her and she received a wave of death threats.

Dr. Farrah Agustin-Bunch went to a conventional medical school, but the fact that doctors are encouraged to prescribe treatments to patients that haven’t been scientifically proven to be safe and effective made her uneasy and ultimately pushed her toward naturopathy.

Her late father was the famous herbalist sir Antonio Augustin, who established the first natural cancer treatment center in the Philippines in 2000. 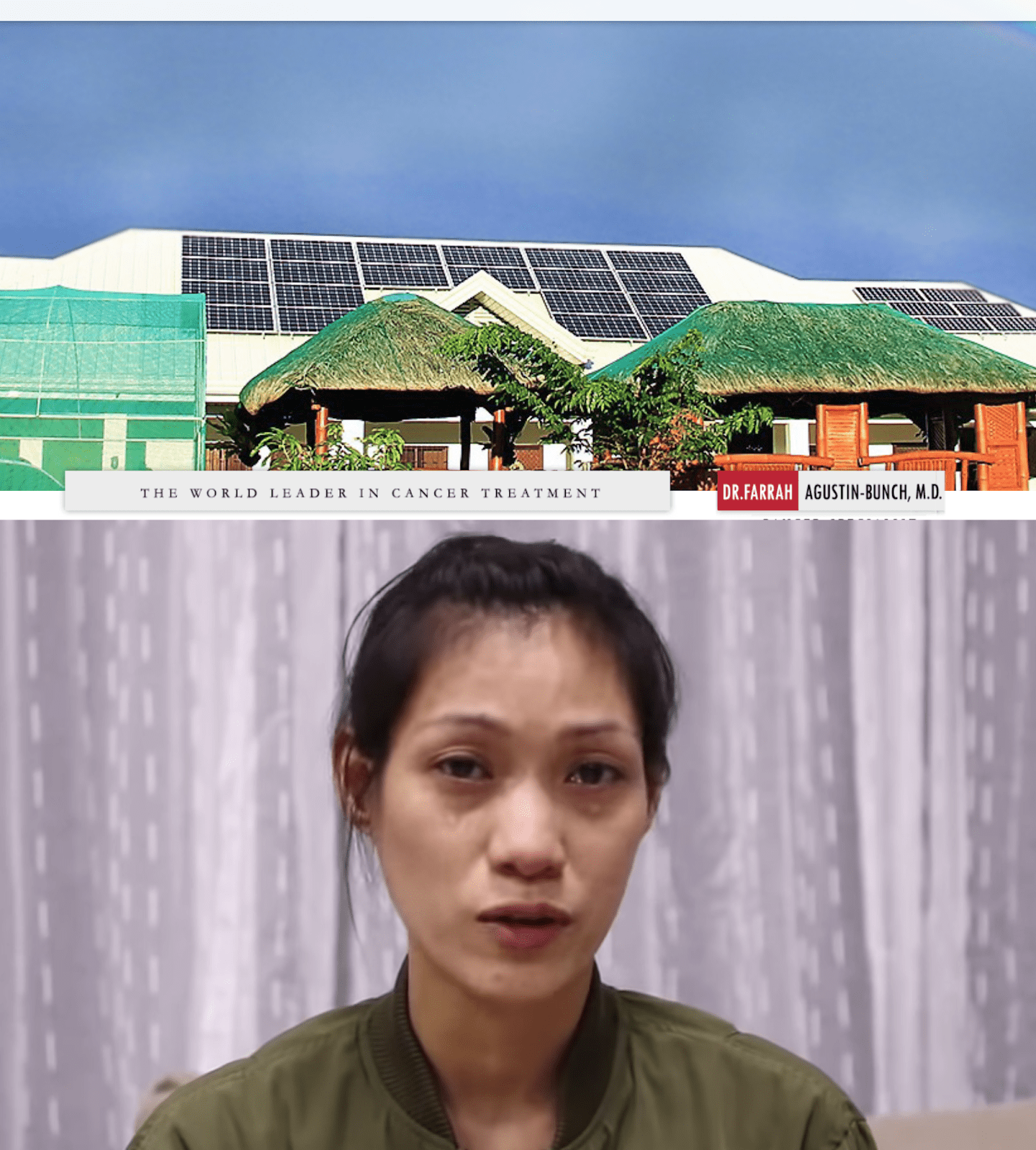 She eventually decided to open up her own practice. Her clinic in Victoria, two hours from Manila, was frequented by celebrities, business people and even royalty from the Philippines and beyond. She never charges patients for their visits or exams, believing that everyone has the right to see a doctor at no cost.

She has also come up with protocols based on clinically and scientifically proven methods that make use of medicinal plants, extracts, herbs, and minerals. Some variations of her immunotherapy treatment are even used at some of America’s biggest cancer treatment centers.

Are her successes threatening the profits of more powerful people?

Her impressive treatments probably weren’t well received by the pharmaceutical and medical industries, and she likely drew further ire through her website, which offers up more than 20,000 pages of scientific evidence to inform and educate her patients.

In addition to demonstrating the effectiveness and safety of immunotherapy, it also exposes the lack of scientific evidence for conventional treatments like radiation, chemotherapy, and most surgeries.

She recently announced to her 3 million Facebook followers that she had to temporarily close her operations after the lives of her patients, children and herself were threatened if she remained open.

She stated that several cases were filed against her after government offices and agencies received complaints from unnamed medical societies.

She said that her clinic and property were raided, and she has been prohibited from manufacturing health products, administering them to patients, and distributing them. If she continues to help patients right now, she could lose her license to practice medicine and her career as a doctor would come to an end.

After her clinic was closed for allegedly selling supplements that were unauthorized, she said in a video message on Facebook:

“I was also told that if my outpatient clinic was still open tomorrow, that I would be arrested and my license to practice medicine would be revoked.”

She said that she’s cooperating with the government agencies and using legal remedies to help fix the situation. She apologized to her patients for the inconvenience and suffering this situation could cause for them and said that she hopes to reopen as soon as possible so she can continue helping people.

A tearful Dr. Bunch added in her video message:

“If something bad happens to me, please remember that I fought for my fellow Filipinos to have choices in their healthcare.”

It’s an unfortunate turn of events for the patients who rely on her treatment, but it’s not surprising.

Naturopathy, homeopathy, chiropractic, acupuncture, and other so-called “alternative” medicine areas have long been under attack by conventional doctors, pharmaceutical companies, and the FDA in the U.S. and countries around the world.

As authorities continue to bully trained professionals who are only trying to heal people, medical freedom is slipping away from us and few people are noticing and speaking out about it.

Continue reading: How Natural Medicine Was Destroyed in 1910