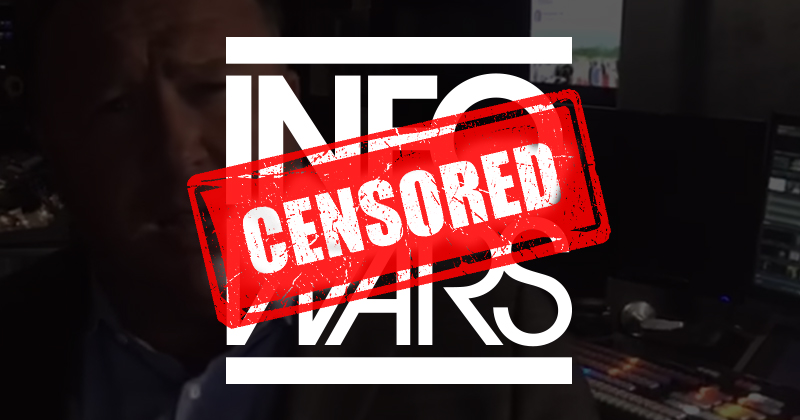 Now That Facebook, YouTube and Apple Have Banned Alex Jones, They Will Start Coming for the Rest of Us Next

August 6th was one of darkest days in the history of the Internet. When I learned that Facebook, YouTube, Apple, Spotify, Pinterest and others had colluded to take down content from Alex Jones all on the same day, I knew exactly what was happening.

They timed their attack so that it would hit the press at the beginning of the weekly news cycle on Monday so that their purge would have maximum societal impact. And the fact that there was such overt collusion was obviously meant to send a message.

We were supposed to understand that if they can do this to Alex Jones, they can do it to any of us, and so we better shut up and fall in line. I can’t even begin to tell you how sick I feel right now. 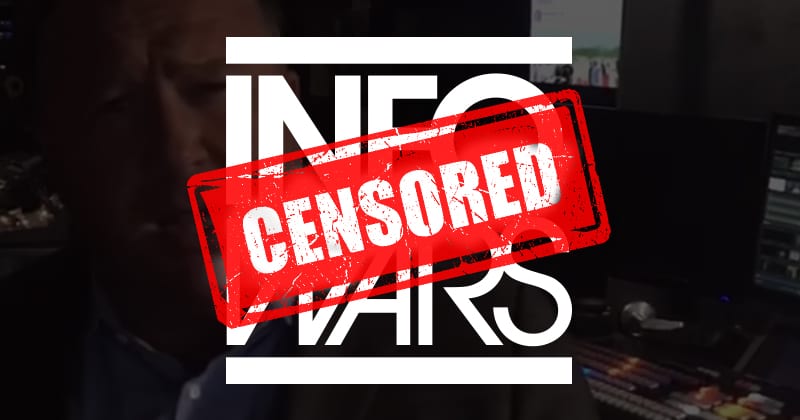 The big tech giants have made it abundantly clear how they feel about all of us, and there is no future for alternative points of view on any of their platforms.

The current purge of conservative voices has been going on for months, but this is the biggest bombshell by far. The following excerpt from a Los Angeles Times article is a typical example of how the mainstream media covered this story:

“Major technology companies including Apple, Facebook and YouTube deleted years of content from conservative conspiracy theorist Alex Jones and his Infowars platforms over allegations of hate speech, a sudden clampdown that is fueling the growing debate over how big technology companies choose to censor.

“The move was unusual for its sweep and speed, suggesting a new assertiveness by technology companies that in the past have worked to avoid alienating conservatives, who often assert that left-leaning Silicon Valley is biased against them. The removals appeared to be prompted by more users flagging Infowars content for policy violations.”

In addition to the “big three”, Spotify and Pinterest pulled down content from Infowars as well, and there is no way that this could have been done simultaneously unless it was planned well in advance.

Lawyers have to be consulted, CEOs have to give their approval, etc.. This was a cold-blooded move that was carefully calculated down to the finest details.

So is there anything that conservatives can do?

Well, Mike Adams has suggested that these tech companies could be prosecuted for conspiracy:

“This coordinated, illegal censorship is clear proof of an organized criminal racket being conducted by the tech giants. The RICO Act allows for federal prosecution of such criminal conspiracy.

“The internet Dark Ages has now descended upon us, where radical left-wing tech giants run by deranged, mentally ill communists will decide whether your content qualifies as “hate speech.” What is hate speech? It’s anything uttered by a conservative.”


I think that he is theoretically correct, but I doubt that it will ever actually happen.

Right now, the global elite do not have control of the White House, but they have discovered a powerful new weapon in the tech companies. They are trying to use this new weapon to smash Alex Jones and other top conservative voices, and they are doing it with a tyrannical flair that is absolutely frightening.

I think that it was quite appropriate that the official WikiLeaks Twitter account made a parallel between this purge and an old Star Wars movie:

“The empire strikes back: Apple, Spotify, Facebook and Google/Youtube all purge Infowars/Alex Jones. Yes, Infowars has frequent nonsense, but also a state power critique. Which publisher in the world with millions of subscribers is next to be wiped out for cultural transgression?”

And it is quite noteworthy that this comes almost exactly three months before the mid-term elections.

Do you think that is just a coincidence?

After all of the uproar about “election interference”, now the big tech companies are overtly doing it very publicly and in a way that nobody can misunderstand.

The biggest reason why they are lashing out at Alex Jones, Mike Adams and a whole host of other top conservative voices is because Donald Trump never would have gotten elected without them. I guess they figure that if they can start silencing some of those voices that they can turn future elections in their favor.

If it was just a few conservative voices that were being censored, that would be one thing. But the truth is that hundreds and hundreds of conservatives have had Facebook pages taken down, YouTube accounts terminated and Twitter accounts shadowbanned. I won’t repeat all of the information that I have previously published on this topic…

In the end, this is not about Alex Jones. This is about a once free society that is becoming more Orwellian with each passing day.

Now that they have come for Alex Jones, they aren’t going to stop. It might not be tomorrow, but eventually they are going to come for you.

I would like to end this article with a few words from Dr. Michael Brown’s excellent article about all of this censorship:

Whether you’re an Infowars fan or you find their work distasteful, their potential removal from YouTube should concern you.

Otherwise, soon enough, we’ll have our own version of Martin Niemöller’s famous poem, which will now sound something like this:

First they came for Infowars, and I did not speak out — because I found them offensive.

Then they came for Geller and Spencer, and I did not speak out ­— because I found them obnoxious.

Then they came for Prager U, and I did not speak out — because I found them opinionated.

Then they came for a host of others, and I did not speak out — because I have my own life to live.

Then they came for me — and there was no one left to speak for me.

I would like to remind you that a good alternative to Facebook is Minds.com and I warmly invite everyone to give it a go. It is censorship-free and it even pays its users for using the platform. You can create an account by following THIS LINK and you can then find us here: https://www.minds.com/HumansAreFree.