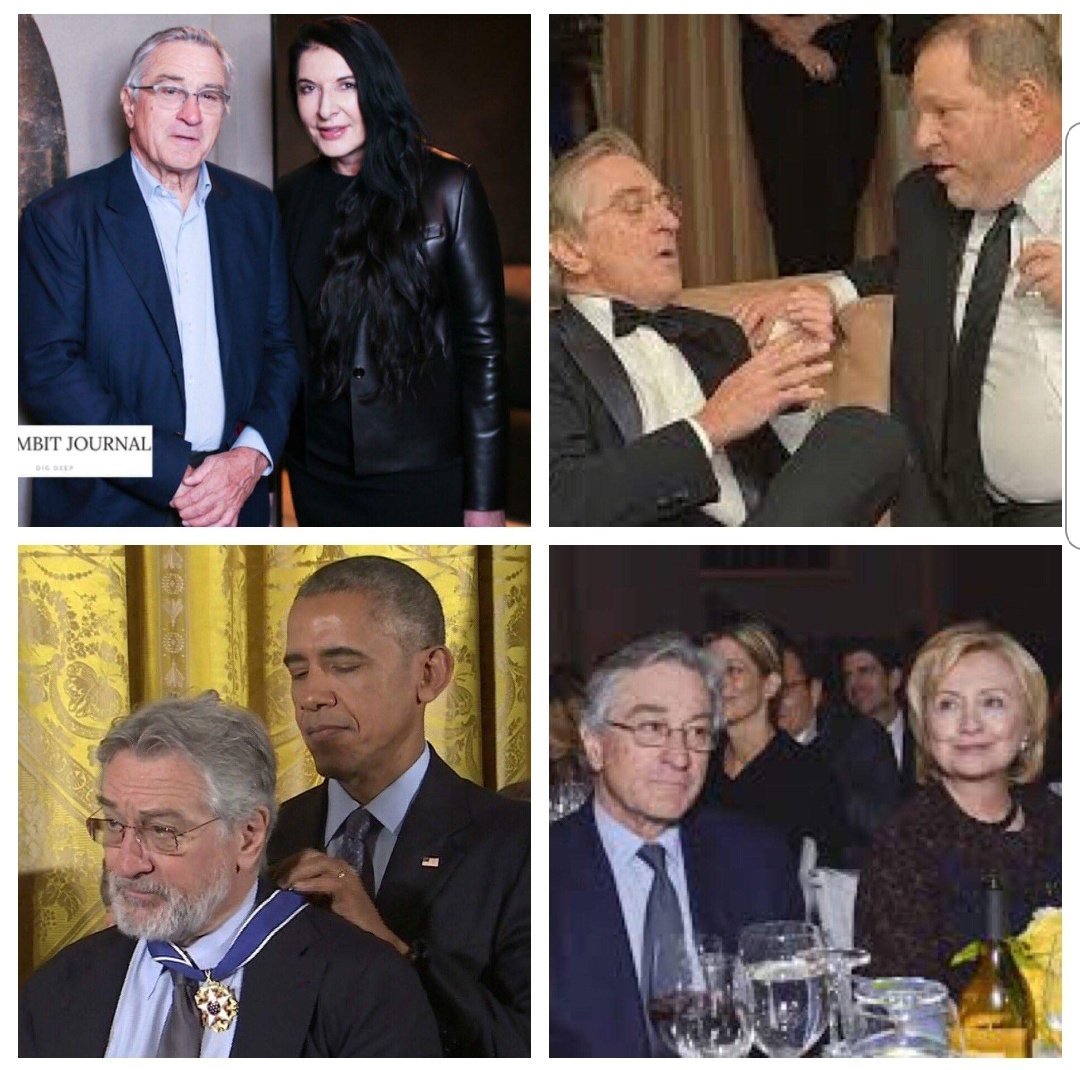 Robert De Niro was a client of an international prostitution ring that hired underage children and specialized in providing prostitutes to wealthy, high-profile clients.

According to court records from 1998, Independent journalist John Lichfield discovered that the prostitution agency routinely ensnared girls as young as 15, forcing them to have sex with Hollywood’s rich and powerful elite.

The French Vice Squad traced 89 young women who said they had been tricked or sometimes physically constrained by the agency into working for them. The girls were sometimes “sold on like cattle” to other call-girl agencies.

While it is not clear whether or not De Niro was supplied with underage girls, his involvement in the ring received little to no media coverage. 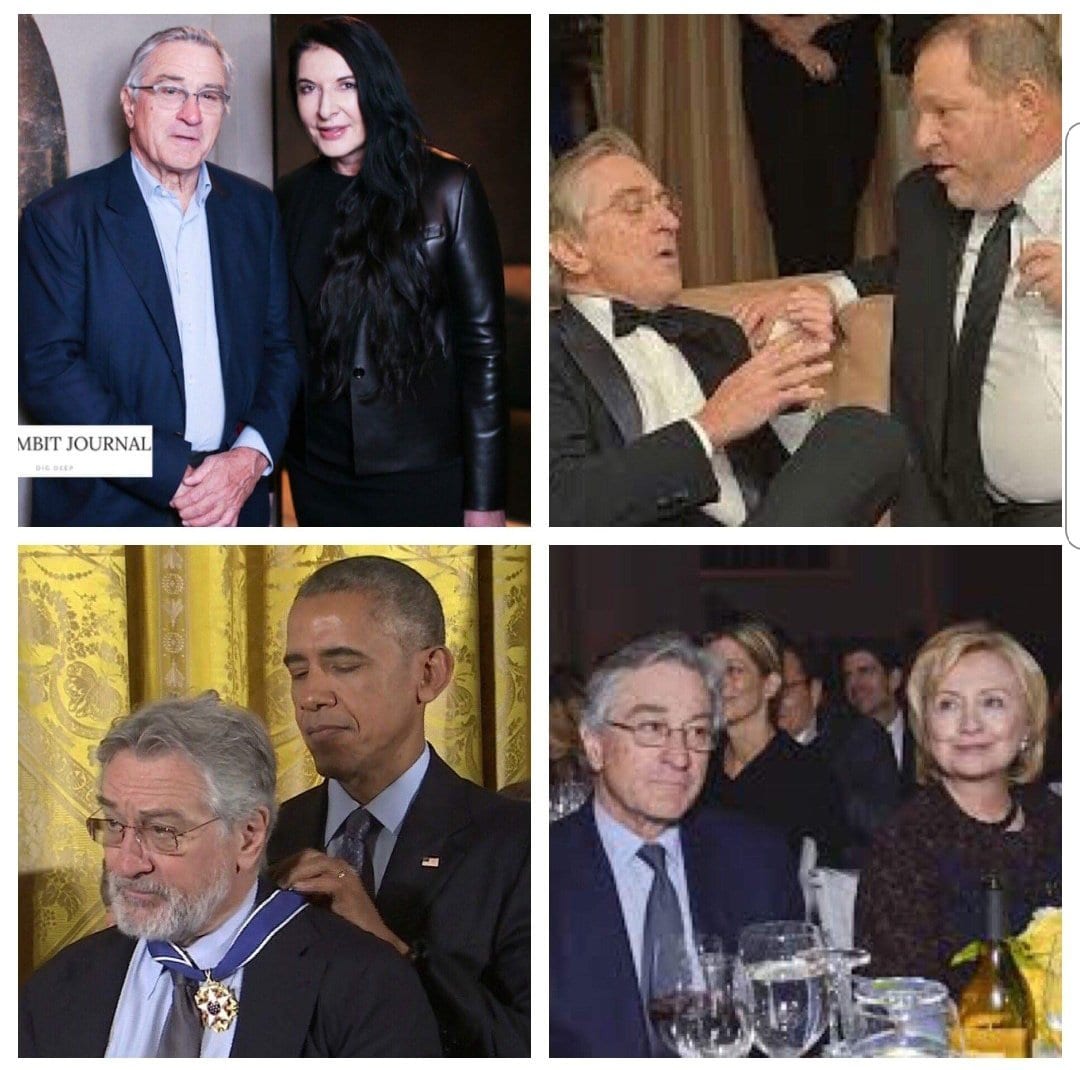 The case uncovers the brutal methods used to snare young women, some as young as 15, into a call-girl agency.

It also exposes attempts by the French government machine to block an investigation. Seems France did not want to embarrass senior politicians and damage French interests abroad.

According to the documents, the agency’s photographer, Jean-Pierre Bourgeois, hung about Parisian nightclubs or casting agencies, scouting victims. He picked on young women, often a teenager, and invited them to his apartment to take trial shots.

After gaining their confidence, he persuaded them to pose for more revealing pictures. The girls were then convinced, if possible, that prostitution was the best way to get into modeling or movie careers.

If they refused, they were blackmailed with the threat that the photographs would be sent to their families. In some cases, they were simply abducted. Several girls cited in the investigating judge’s report accuse Mr. Bourgeois of rape.

Six people were charged with the running the international prostitution ring.

Its call-girls entertained De Niro and many others. The agency specialized in tricking, or trapping, star-struck teenage girls into selling their bodies with the promise of careers as models or actresses.

The documents are worse than a trashy sex novel.

They mention Hollywood stars and high-ranking foreign dignitaries. They speak of arms deals and politicians from our country. The mainstream media has done everything they could to sweep it under the carpet in order to protect celebrities like De Niro.

John Lichfield, a journalist that works for London’s Independent, stated that the agency regularly hired young girls, some as young as 15 years old. They force them to have sex with Hollywood elites.

Lichfield discovered the documents and wrote:

“Six people are charged with the running of an international prostitution ring, whose call-girls entertained the actor Robert De Niro, the former tennis player, Wojtek Fibak, two senior (but unnamed) French politicians and several Gulf princes. The agency specialized in tricking, or trapping, star-struck teenage girls into selling their bodies with the promise of careers as models or actresses.”

The files of clients’ names seized by the police are said to include many well-known members of the sports and show-business jet-set on both sides of the Atlantic. The only names to emerge so far are De Niro, Fibak and the French film producer, Alain Sarde.

De Niro was involved in a much-publicized “arrest” in Paris while filming a movie. He was questioned only as a witness and an occasional client of the network.

It has also been reported that a former employee of Robert De Niro’s at Tribeca Grill recently came forward.

She spoke to the New York Post regarding what it was like working for the Hollywood star. She revealed that De Niro treated his employees like trash.