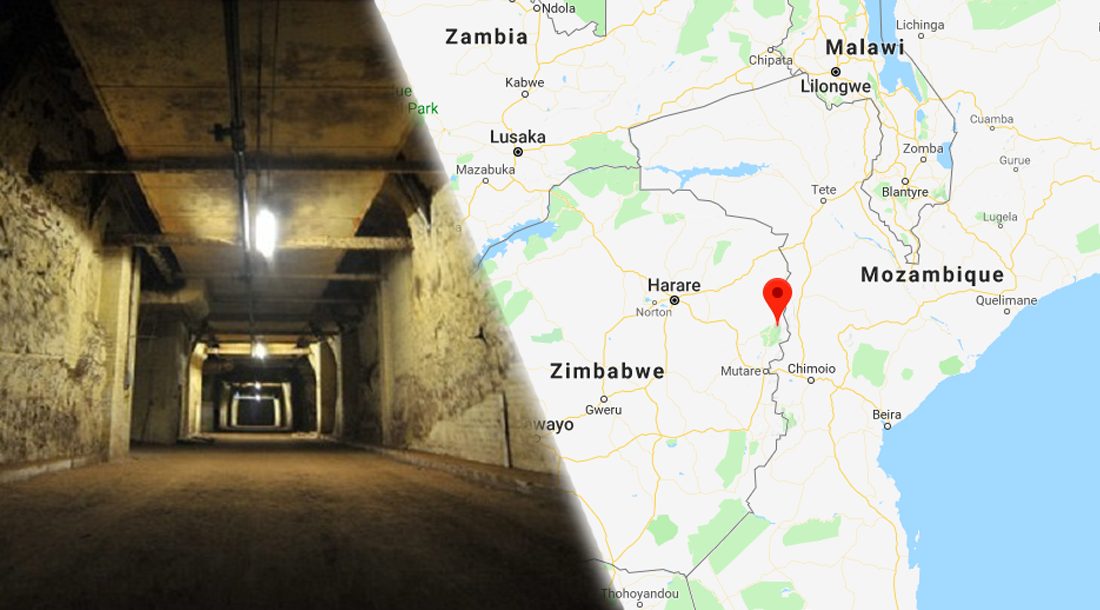 What is remote viewing? It’s an ability that allows the ‘viewer’ to be able to describe a remote geographical location up to several hundred thousand kilometres away (even more) from their physical location — one that they have never been to.

This skill was taught to soldiers in multiple countries around the world, and from what I understand, still is. In the United States, the Remote Viewing program ran for 25 years at Stanford Research Institute before 70 percent of it was declassified, it was run in conjunction with the CIA and other intelligence agencies.

In 1976, a presentation was given at the Institute of Electrical & Electronics Engineers (IEEE) on a paper published by the Institute on behalf of Hal Puthoff and Russell Targ, key players in what became known as the STARGATE project.

The paper was titled “A Perceptual Channel For Information Transfer Over Kilometer Distances: Historical Perspectives and Recent Research.” After its publication, that’s when everything went dark, into the world of Special Access Programs (SAPs), so sensitive that they are exempt from reporting to Congress. 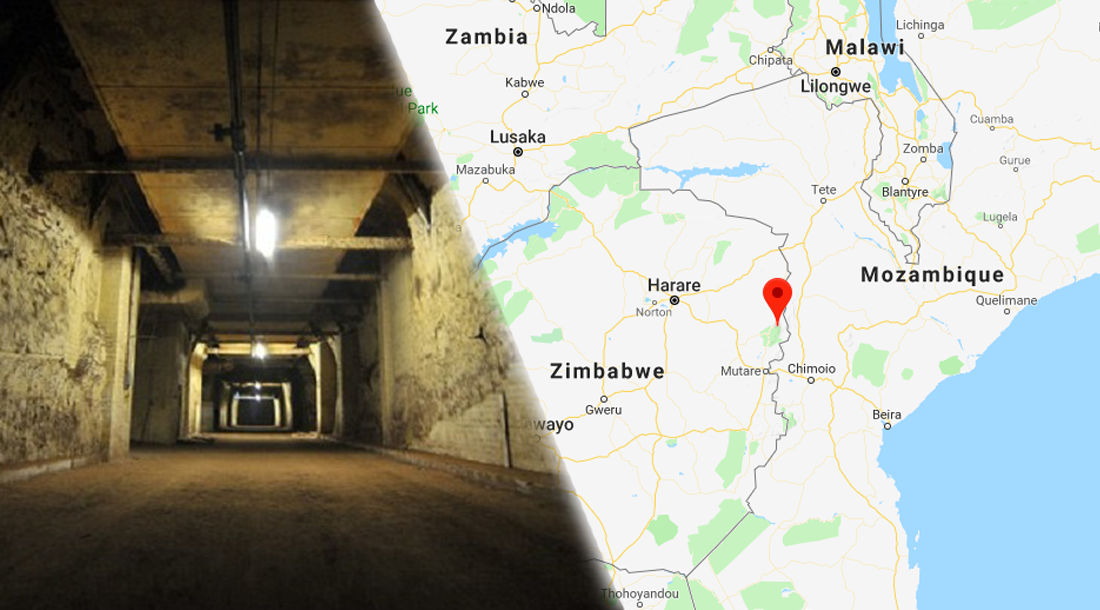 “Adding to the strength of these results was the discovery that a growing number of individuals could be found to demonstrate high-quality remote viewing, often to their own surprise…. The development of this capability at SRI has evolved to the point where visiting CIA personnel with no previous exposure to such concepts have performed well under controlled laboratory conditions.” (source)

Multiple examples were used, from locating a lost spy plane in Africa, viewing future events, as well as past events. Remote viewing is not limited to time, it’s a quantum phenomenon, like most parapsychological phenomena.

In the declassified literature, there are many shocking examples where remote viewing was successfully used for intelligence purposes, which makes sense given the fact the government decided to fund it for 25 years.

It was also used to discover the Rings around Jupiter, a man by the name of Ingo Swann, one of the programs best remote viewers was able to describe and view a ring around Jupiter, which at the time, scientists had no idea even existed. This happened before NASA’s Pioneer 10 spacecraft flew by the planet, confirming that the ring did actually exist.

“To determine whether it was necessary to have a ‘beacon’ individual at the target site, Swann suggested carrying out an experiment to remote view the planet Jupiter before the upcoming NASA Pioneer 10 flyby.

“In that case, much to his chagrin (and ours) he found a ring around Jupiter, and wondered if perhaps he had remote viewed Saturn by mistake. Our colleagues in astronomy were quite unimpressed as well, until the flyby revealed that an unanticipated ring did in fact exist.” (source)

Here is a great brief timeline of government Remote Viewing.

The Common Theme Among Remote Views Is: Extraterrestrial

Since the declassification of the program, many people from within it, remote viewers, as well as army personnel and academics have come out and spoken about the program. The most popular viewer within the program, Ingo Swann, as mentioned above, wrote a book called “penetration” where he provided more details about the program that we didn’t get from the government files.

He described viewing humanoid bodies on the moon, working on something (back side of the moon), as well as tall structures, buildings and more. He was very outspoken about the extraterrestrial presence that was apparently known about within these programs.

On a side note, while mentioning Mars and remote viewings, it’s noteworthy to bring awareness to the fact that six former U.S. Army remote viewers were commissioned by officials within the Russian space program to study the cause of Phobos II’s disappearance. The viewers issued a final report titled, “Enigma Penetration: Soviet Phobos II Space Craft Images Anomaly.”

As Jim Marrs points out, in his novel, Our Occulted History,

“The report stated that a disc-shaped object rose from the Martian surface towards Phobos II while a second object moved into even closer proximity and scanned the probe with a penetrating particle beam device, which disrupted the communication and guidance equipment.

“The out-of-control Soviet craft was then struck by a “micrometeorite” that delivered the coupe de grace. The remote viewers said this may have been no accident, as it seems that all of the technology put into space from Earth is scrutinized closely by nonhumans…. After being struck, Phobos II spiraled down, crashing onto the Martian surface.”

Then, there is Pat Price, who, along with Ingo Swann, is described as one of SRI’s most successful viewers, his sessions were extremely accurate. Within the remote viewing community, among the declassified literature, he is best known for his sketches of gantries and cranes which matched CIA intelligence photographs he had never seen, this was during the cold war.

Russel Targ, the co-founder of the program at RSI has also recently given lectures on “everything” he “knows about ESP.” In fact, his TED talk about it was cancelled, you can watch that here.

According to Atwater, Pricer had successfully remote viewed 4 extraterrestrial ‘bases’ stationed on Earth.  One was located underneath Mount Ziel, another under Mount Perdido in Spain, as well as Mount Inyangani in Zimbabwe, and in Alaska, underneath Mount Hayes.

This comes from a plethora of sources, including one of the leading researchers in the field, Timothy Good, from his book, Unearthly Disclosure.

What’s also interesting to note is the lore associated with these mountains, take Inaynagi, for example. There are no shortages of strange disappearances of those who go wandering in this region, it’s well-known in the region and the mountain has been surrounded by mysterious lore for a long time.

One interesting story comes from Credo Mutwa, born in 1921, he’s a Zulu Sangoma, a traditional healer, from southern Africa. He has done tremendous humanitarian work in Africa and is extremely knowledgeable in Zulu tradition and lore.

Now, there are uncountable amounts of stories pertaining to extraterrestrial contact, if even one of them true, it’s fascinating. Many of these stories corroborate with each other and coupled with proof for the extraterrestrial hypothesis regarding UFOs, and all of the testimony from people with ‘credibility, it’s not ridiculous at all to contemplate.

In the bushes of the mountain, while Mutwa was a Sangoma apprentice, he was searching for a herb which he planned to use as medicine. Something he did quite often to bring health back to his people, specifically with regards to the HIV pandemic in Africa, a disease he says was created to destroy the African population.

While he was doing so, he was covered by a bright blue mist, which, he said “was swirling all around me, getting between me and the eastern landscape.” Later, he found himself in what he described as underground, underneath the mountain. This is interesting because it’s exactly what the remote viewer Pat Price describes.

“The next thing he knew, he was lying on a table of some sort. His boots and trousers were missing. He was approached by a group of grey skinned humanoid creatures, with Very large heads, very thing arms, and very thin legs.” (source)

A lot of this information also comes from several interviews Mutwa did with David Icke.

Price described the occupants of these bases as ‘looking like Homo Sapiens, except for the lungs, heart, blood, and eyes.”

Mutawa wanted to flee, but couldn’t move and was Paralyzed,

“I just lay there like a goat on a sacrificial altar.

“Mutwa was then subjected to some kind of operation on his left thigh, which caused him to scream out in agony. An abundance of blood flowed from the wound. Next, one of the creatures stuck a silver, pen-like object up his right nasal passage; then yanked it out. “The pain,” he says, “was out of this world.”…

“The pain subsided, however, when one of the creatures – who was bigger and taller than the others, and who possessed an air of authority – placed its hand on Mutwa’s forehead. Mutwa could ‘sense’ that the creature was female, despite the fact that ‘she’ lacked breasts and other feminine characteristics. Staring at Mutwa intently, it projected visions of destruction into his mind. He saw cities being destroyed by floods, fires and other natural disasters.” (source)

He speaks at length of these experiences in his interviews with David Icke. 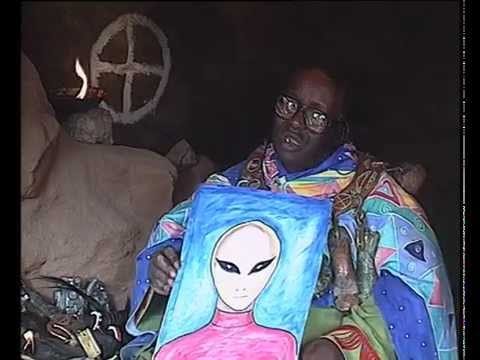 Credo Mutwa and a grey alien that he encountered

He goes on to describe an instrument being inserted into his penis, and as soon as it was taken out, his bladder opened and he urinated hard. Another creature came in and had pink skin, blue eyes, high cheekbones and looked almost human. The creature then mounted Mutwa like “a crazy Zulu girl” and proceeded to have sex with him.

This is another common theme among many supposed extraterrestrial contactees. He said during this encounter, a device was used to make Mutwa ejaculate “too much,” and after the ordeal, he was in tremendous amounts of pain.

It’s important to mention that numerous extraterrestrial encounters have been described, both of what as we perceive as “friendly” and “unfriendly” contact, as well as ‘unfriendly procedures’ being performed, with the strange beings sometimes comforting the human through the process, and sometimes not…

It’s strange, to say the least, but as far as underground alien bases, it’s a possibility.

An Interesting Encounter of Mine

I used to teach on a First Nations reserve, in a place called North Spirit Lake. I came home for the holidays, and when I arrived in Toronto I was waiting for the train, and next to me was a gentleman in uniform.

Anytime I see what appears to be a senior officer in uniform, I always ask questions… This one was a veteran, having served overseas in the Middle East for 5 years, and was now with the Coast Guard.

Instantaneously, I thought of the ocean, and underwater military bases, having studies them in-depth. I knew he would most like be aware of their existence being with the Coast Guard. This was always 10 years ago, when it was taboo to talk about ‘strange’ things, that no longer seem so taboo anymore…

I asked him about HAARP, his eyes lit up wide, he was shocked and surprised and told me he couldn’t talk about it. I asked him about in-bottom and under-ocean military bases, the same thing happened… I asked him about extraterrestrials and what was going on with that, he told me to “come work for us and ask them yourself.”

Jim Marrs’ book, Our Occulted History, is available to purchase on Amazon.com.

10,000 People Diagnosed With Cancer Caused by 9/11 Previous post
Dove-Shaped Drones Spying On People From Above — The Ultimate Goal is 'Total Population Control' Next post