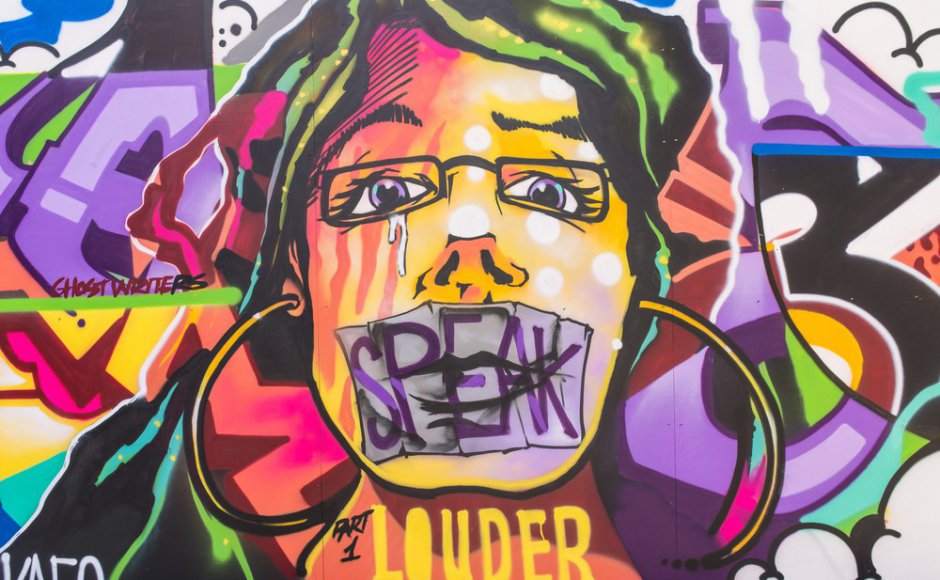 Why People Need to Stop Feeling Insulted by Free Speech

“Sticks and stones may break my bones but names will never hurt me.”

As a child, this well-worn phrase was the perfect antidote to whatever insulting name-calling I had to endure from other children. Those times I did remember to use it, it seemed to give me back some strength and made me feel good.

For all of us, the perspective behind this phrase can turn an ‘insult’ into what it truly is: mere words, a string of vocal utterances without innate meaning or power, unless the recipient were to interpret them as such by taking them personally.

The very phrase ‘She insulted me,’ is at best a relative and not an absolute truth. More accurate would be the phrase ‘She said something and I took it personally,’ because these two things are always required for someone to be insulted. 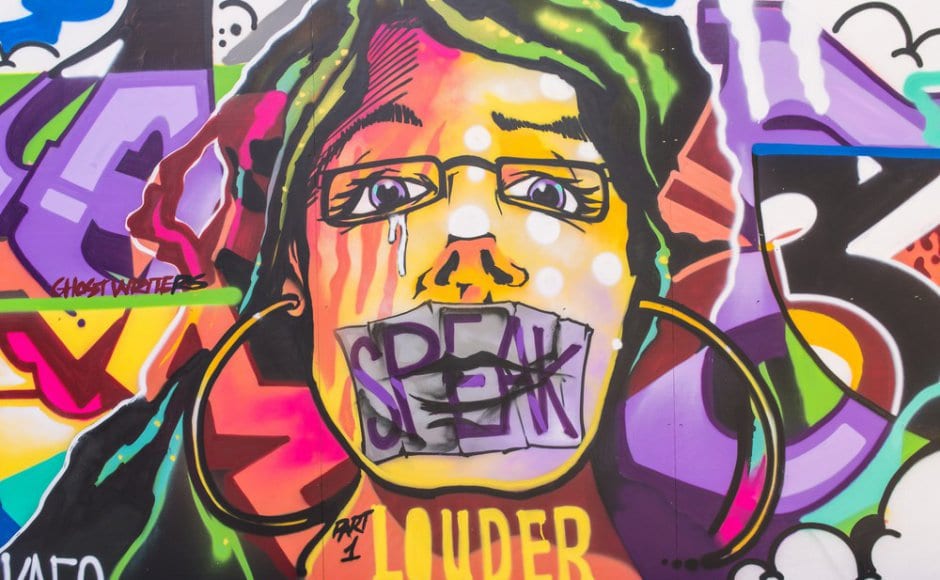 It is not a matter of whether or not she intended to demean, offend, or humiliate me; if indeed she did, though, the truth about it is simply that ‘She said this with an intention to insult me.’ In the end, this never proves the insult to be true; it just proves that she is a person who tries to insult others.

If personal frailty makes us take offending statements personally – and many of us still fall into that category, at least some of the time – the experience always provides an opportunity for us to come to grips with how we feel about ourselves, and continue to do the personal work required that renders us invulnerable to insult.

From this more powerful place, we can then deal with those who would insult or demean us in a much more effective manner.

Understand that I am not advocating that we individually or collectively suffer in silence when hateful and prejudicial speech is directed at us; I am suggesting that if we have allowed ourselves to be emotionally impacted by such speech, and have given these words power over us, we are unlikely to be able to deal with the situation in an effective manner.

Many people in our society have not yet done the consciousness work that makes them feel immune to criticism. They do not take personal responsibility when they feel insulted and maintain an identity that supports their own victimhood.

One of the problems with this, especially in this age of social media and rapid communication, is that we have started to share this sense of victimhood as a collective, and our societal ego has grown into some kind of Frankenstein.

These days, we are getting more and more into the habit of banding together on social media in feeling victimized by the words of others, even if they are not directed at us; what is more damaging, we feel justified in expressing our raw outrage and self-righteous indignation at people who are speaking their minds, as though it will somehow make the situation better.

The fact is that this does not make things better, no matter how ‘offensive’ the words may be. It only works to bury the dark thoughts and beliefs of people instead of allowing them to come out and be expressed, which is the first step towards healing.

We put too much emphasis on preventing words from being said, and too little on helping people overcome the ignorance that sponsored the words in the first place.

Political correctness, with its mandating of words and phrases not to be used in public, is a symptom of this. Let’s use our discernment here, because there is some nuance to this, and a simplistic approach can only cause polarization.

It is all well and good for us to agree that certain words, terms and phrases have a pejorative meaning, and foster a negative or demeaning perception of the group of people the words refer to. If we come to agree that there are better words to use, this can be helpful to foster a more neutral or positive perception of such groups within social discourse.

But this can be taken too far. When people or groups rely too much on ‘society’ to police offensive speech, rather than working towards becoming immune to it, it can cause the kinds of overblown reactions that are rampant on social media these days and actually start to hamper our individual impulse to speak freely.

We have seen the growth of what Salman Rushdie calls, ‘The Outrage Industry,’ that gives legitimacy to people taking words personally such that they feel they have legal recourse for the suffering wrought by their own emotional reaction. This industry makes it possible for not only ‘victims’ but lawyers and other supporters of such a system to profit from being insulted.

There are some telling signs that this has been part of the agenda of our authority all along, to cause us to unknowingly police each other in suppressing our own individual ability to speak freely.

Bringing to bear the influence of government, the legal system and mainstream media to promote victimhood of offending speech culturally, our authority gains an entry point of control over what one is allowed and not allowed to say.

Fortunately, brave voices have already spoken out against that in the past. In a speech in support of the removal of the word ‘insult’ from a British law that made it possible for law enforcement to arrest someone for saying something ‘insulting’ to someone else, British comedian Rowan Atkinson had this to say about it:

“The law… is indicative of a culture that has taken hold of the programmes of successive governments that, with the reasonable and well-intended ambition to contain obnoxious elements in society, has created a society of an extraordinarily authoritarian and controlling nature. That is what you might call The New Intolerance, a new but intense desire to gag uncomfortable voices of dissent.

“‘I am not intolerant’, say many people; say many softly spoken, highly-educated, liberal-minded people: ‘I am only intolerant of intolerance’. And people tend to nod sagely and say ‘Oh, Wise words, wise words’ and yet if you think about this supposedly inarguable statement for longer than five seconds, you realize that all it is advocating is the replacement of one kind of intolerance with another.

“Which to me doesn’t represent any kind of progress at all. Underlying prejudices, injustices or resentments are not addressed by arresting people: they are addressed by the issues being aired, argued and dealt with preferably outside the legal process.

“For me, the best way to increase society’s resistance to insulting or offensive speech is to allow a lot more of it. As with childhood diseases, you can better resist those germs to which you have been exposed.

“We need to build our immunity to taking offence, so that we can deal with the issues that perfectly justified criticism can raise. Our priority should be to deal with the message, not the messenger.

“As President Obama said in an address to the United Nations: ‘…laudable efforts to restrict speech can become a tool to silence critics, or oppress minorities. The strongest weapon against hateful speech is not repression, it is more speech’ and that is the essence of my thesis; more speech.

“If we want a robust society, we need more robust dialogue and that must include the right to insult or to offend. As Lord Dear says, ‘the freedom to be inoffensive is no freedom at all.’

You can see Rowan Atkinson’s entire speech in the video below:

One area in which our authority has made great inroads in limiting our free speech is on the Internet.

Social media giants such as Facebook, Youtube, and Google are now using designations such as ‘hate speech’ and ‘inappropriate content’ to justify blocking, shutting down, and deleting content, mainly because the content goes against the mainstream narrative or provides truths that our authority do not want out in the public domain.

Much more will be discussed on the subject of Internet censorship at a later time. And note, we are not talking about examples of the Internet being used in ways that could physically harm people. We are talking about words, opinions, points of view.

For our purposes here, suffice it to say that I believe the rights to free speech supersede any perceived ‘right’ to be offended, and should not entitle authority to censor subjectively defined ‘insulting’, ‘demeaning’, or ‘hateful’ content.

We should not be allowing external censorship, and have to take back our power and right to choose what content is appropriate for us.

But it all comes back to us getting beyond taking things personally. If we get insulted by what someone says, we are not well placed to respond objectively to it.

The point being made here is not that we should condone hateful, pejorative, negative speech; we are as free to make our feelings known about another’s words as they are free to speak them. Like the old saying goes, ‘I disapprove of what you say, but I will defend to the death your right to say it.’

As awakening beings, we need to recognize that dealing with points of view we don’t agree with is essential for our growth. If those points of view happen to be laced with vitriol and judgment, all the more reason to allow them to be aired and, to the extent that we are able, to respond with equanimity, if not with compassion. This creates the possibility for understanding, growth, and healing for all.