Events like Hiroshima, Pearl Harbor, the JFK assassination and 9-11 are used to trauma brainwash society and change the direction of history. It takes a traumatic event to change the course of history.

In an article entitled “Why Hiroshima was Bombed“, William Jones makes a convincing case that Japan was ready to surrender before the US dropped two nuclear bombs killing over 300,000 people.

Jones argues that in reality the bombs were dropped to alter the world’s mental state.

The power of this new weapon had to be demonstrated in a devastating manner, to convince all nations to accept the straitjacket of “world government,” he writes.

Mind control works by subjecting the victim to intense trauma (sexual abuse, electroshock, the torture or murder of others), which causes the mind to disassociate and splinter into multiple “alter” personalities. These are individually programmed to perform specific tasks. 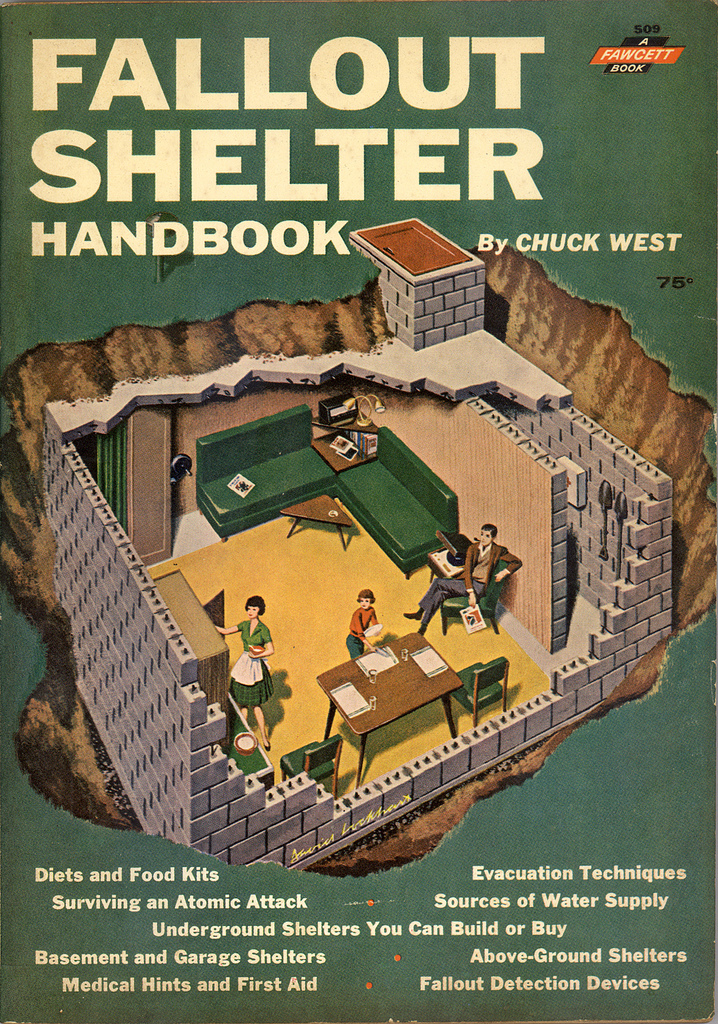 War in general, and atrocities like Hiroshima, in particular, are traumatic events on a global scale. Humanity was brutalized. In a state of “disassociation,” humanity was programmed to fear nuclear annihilation (the Cold War) and to accept huge military expenditures and the United Nations.

Similarly, the same cabal staged the attack on the World Trade Center in order to create maximum trauma.

The buildings, symbols of American prosperity, disintegrated in a controlled demolition creating pictures of panicked New Yorkers fleeing an avalanche of smoke and debris. These images were played over and over on television.

The graphics for “America’s New War” were ready and waiting.

In a state of dissociation and shock, Americans were programmed to believe that Muslim terrorists were responsible for this outrage.

Unquestioning, Americans accepted a totalitarian program of “security” measures which are in fact designed to deal with future domestic resistance to global government. Americans docilely accepted huge military expenditures and wars aimed at robbing largely defenseless countries of their resources.

I was born in 1949. Until age 50, I was confused and somewhat dysfunctional because I relied on the mass media for my world view. In retrospect, I think my whole generation was subject to a mind control program.

I suspect it was developed by the Tavistock Institute for Human Relations in England and administered through the CIA and Rockefeller foundations through their control of education and the mass media.

The London-based Tavistock Institute is the central coordinating body for the cabal’s mind control network. It was founded in 1922 by the British military to wage psychological warfare. Techniques developed for enemy populations were soon deployed at home. For the very wealthy, we are the enemy. 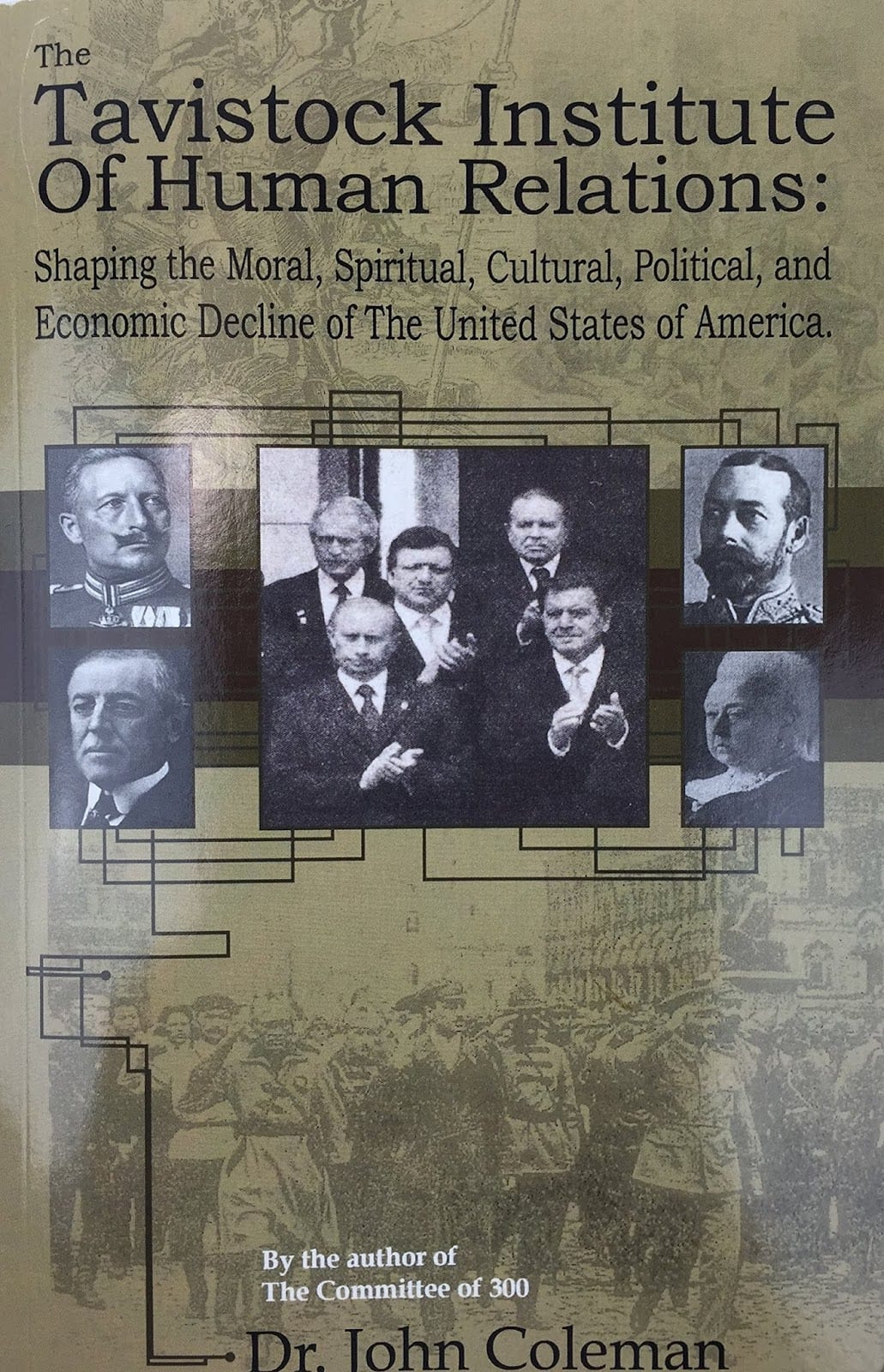 The Tavistock Institute for Human Relations by Dr. John Coleman

The mass media is used to maintain domestic psychological control. According to Dr. John Coleman, the directors of the US TV networks, major newspapers and publishers were all handpicked by British intelligence (which organized the CIA.)

For example, before becoming head of CBS, William Paley was trained in mass brainwashing techniques at Tavistock. — (The Committee of 300; pp. 248-249)

As a youth, I used to lie in bed at night reading magazines like Time and Newsweek from cover to cover. Somehow I became dysfunctional.

I learned there was something unbearably corrupt and empty about social values and institutions, especially capitalism, Christianity and the family. I could not participate in such a society.

Anything wholesome (“straight”) was derided. I was bored with anything “normal.” I was only attracted to “crazy” women.

Feminism relieved me of responsibility to support and lead a family. I didn’t understand masculinity or know how to relate to women. In a developmental limbo, I was free to search for “truth.”

Occasionally I had moments of lucidity: “Shouldn’t I try to become part of the establishment instead of fighting it?” Due to the pressures of conformity, I quickly dismissed these intuitions.

As part of the “anti-war” movement and “counterculture”, I imagined I was fighting the “establishment” when in fact I was its pawn.

The New York Times and Washington Post and the TV networks promoted the anti-war movement. These newspapers are instruments of the British-based Anglo American cabal and its CIA and CFR branches. When they don’t want to promote something, they don’t cover it.

The Vietnam War was a trap designed to weaken the United States, demoralize its people and enrich the banking and defense cartels. (I see the misguided war against the Muslim world in similar terms.)

The assassinations of JFK, RFK and Martin Luther King traumatized millions of people. When the cabal ordered Lyndon Johnson not to seek re-election in 1968, the steam went out of the anti-war movement.

Demonstrations at the Democratic Party convention in Chicago were brutally repressed by Mayor Daley’s cops.

At once, millions of young people like me gave up on social change and decided to “turn inward.” Conveniently, the CIA had prepared for this eventuality by spreading LSD everywhere. Timothy Leary invited us to “turn on, tune in and drop out.”

Thus the idealistic generation, to which I belong, heir to our parents’ hope for a better post-war world, was neutralized.

You cannot become “enlightened” if you are ignorant and indifferent to what is happening on the planet. Enlightenment requires discernment of the realm of “maya” (illusion). Maya is the web of power and deceit that controls the world.

Enlightenment requires an active quest for truth in this world. 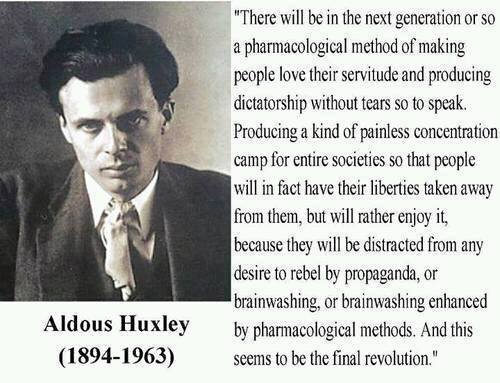 WHY ARE WE BRAINWASHED?

We are being prepared for the tyranny of one world government. No armies from abroad are invading us. We are being subverted from within.

When I return home to find my house ransacked and my possessions were stolen, I don’t need to prove I was robbed. I can see the evidence all around me.

I can see the destruction of the family and the resultant suffering due to the deceitful government attack on heterosexual identity. I can see the media convincing women that they will find fulfillment in careers instead of families.

I can see that civic values are no longer taught in schools; religion, national identity, and history are also suppressed.

Instead, children are indoctrinated to kowtow to minorities and experiment with homosexuality [the real LGBT agenda is not about giving equal rights to couples of the same sex, but an attempt to normalize and then legalize pedophilia]. People are distracted by sports, entertainment and trivia, junk food for the soul. There is little honest discussion of our predicament, little effort to educate and uplift.

Communist (feminist) impostors have taken over the humanities at universities. Who would study with professors who think the truth is a function of power, and unknowable? Education by definition is the pursuit of truth.

The intelligentsia has sold out. Most artists and novelists wander in a desert of their own subjectivity. The mass media offers little reportage on the elites and on the new world order. Dissenting voices are marginalized.

Did anyone ask if we wanted globalization, official feminism, diversity, and multiculturalism? Were these ever election issues? These directives were delivered to politicians and media by the CIA and elite foundations.

All of this and more is foretold in the Protocols of the Elders of Zion. If you haven’t read it, you should. (You can read more articles on the subject HERE).

Whether this document is a fraud, whether [Zionist] Jesuits or Illuminati are behind it, a plan for world tyranny is taking effect and it bears an eerie similarity to this one.

A network of British aristocratic families, Rothschild and Rockefeller oil and finance, and satanic secret societies organized in “think tanks,” foundations and intelligence agencies are behind it. They have been creating havoc for a long time and using mind control and the mass media to keep us in the dark.