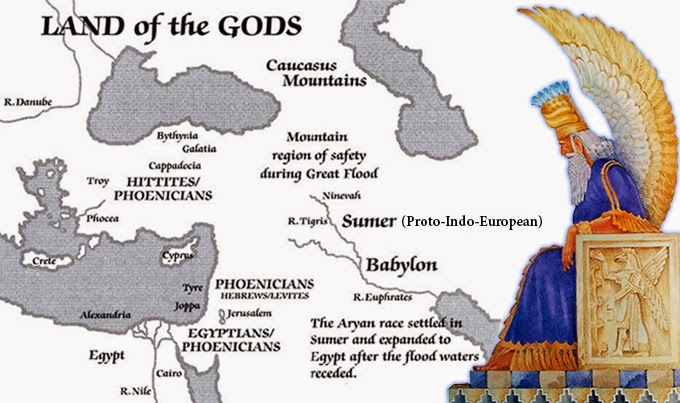 These are the Bloodlines of the Anunnaki ‘Gods’

This is an excerpt from the book ‘Keeper of the Celtic Secrets:’

Finally, knowledge about the origins of the major races, who call the Earth home, is being shared with others. You must keep an open mind — stay out of your cave now, or you won’t be able to grasp the wisdom being presented here.

Yes, Virginia, there really were E.T.’s, who do you think provided the wisdom to build the pyramids, give us mathematical equations, science and astronomy? Are you ready for some real wisdom? OK — Good.

As per old family journals containing knowledge from ancient Ireland, the origin of races are as follows: 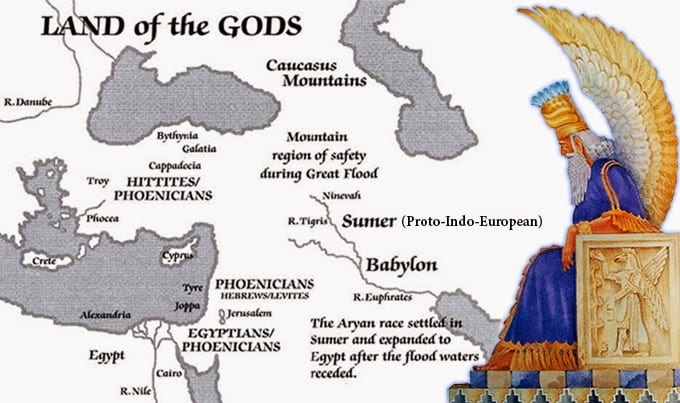 1) Caucasoid, or the WHITE races, descend from the Anunnaki, including the Elohiym godhead. And yes, the ancient Israelites, are actually descendants of the Elohiym royal family.

2) African or Negroid, the BLACK races, descend from the evolved Homosapiens and the hybrid created Adams; they are the EVES.

3) Asiatic or Mongoloid, the so-called YELLOW skinned people, descend from the Nefilim, the ousted royal party from Hibiru — notice I say Hibiru NOT Nibiru — Hibiru/Hebrew — are you still with me here? The Nefilim ‘giants’ were the reigning godhead until the Elohiym family ousted them, casting them to the Earth;

4) Indigenous or Native peoples of the land, the BROWN or RED races, descend from the evolved Homo sapiens and the Anunnaki — some not authorized by the Elohiym, but boys will be boys, and they made a good working stock of slaves. These people were the ADAMS.

A) The original evolved creatures of the Earth, first known as Homo-Erectus, who evolved to Homo sapiens, i.e., the Neanderthal — eventually this species became extinct due to the Ice Age, the Great Flood, famines, diseases, natural disasters, etc. This race was black skinned with coarse black hair, large features, and type O Rh-positive blood.

B) The original created hybrid ADAMS — the father of all brown-skinned [RED-skinned], indigenous, `native’ peoples of the world. The `Adams’ were one-half Anunnaki and one-half Earth evolved people. Descendants of the Adam’s inhabited all continents and islands of the world.

Note: the Adam’s were of lighter skin tones than were the hybrids known as the Woman — `Eve’. The Adams and the Eves all naturally have Rh-positive blood, connecting them to the Earth.

C) The original created Eves — the first hybrid woman, was the mother of all black-skinned peoples of Africa. The Eves, a.k.a. `the woman’, was/is made up of one-half Adam’s [DNA], and one-half Neanderthal, making her one-fourth Anunnaki, less black than the original Homo sapiens, but nevertheless, black-skinned.

`Eve’s’ bloodline was created to preserve the race of natural Earth-Evolved creatures, who were becoming extinct. All black-skinned races of Africa are from `Eve’.

D) The Nefilim: A race that once lived and reigned politically on planet Hibiru, but were eventually ousted and sent to Earth – they were the `fallen giants’ in Biblical accounts, as well as in the St. John family journals. The Nefilim make up the Mongoloid and Asiatic peoples of the world, and originally had type B blood – RH negative – not of this Earth.

E) The Elohiym royal godhead: Their descendants became the twelve/thirteen tribes of Israel, i.e. the multitudes of Hebrew people – a white race descending primarily from EL, and his brother, Enki’s, bloodline. The bloodline of the Israelites makes up the multitudes of Celtic, Irish, Scottish, Welsh, Anglo-Saxon, true Jews who aren’t from the brown races, and most western white races.

Note: The genetics of this group is probably the same as ‘F’ [below] – as both groups descend from the Anunnaki race, but ‘E’ represents the ‘godhead’, i.e. the reigning royal family. The original blood type of these descendants was RH negative, i.e. not of the Earth.

Science today has no explanation as to where the Rh negative factor originates — well, it originates with the Elohiym family godhead. The royal godhead were not permitted to marry, and bear children, to any other than their own blood type. This is also the reason that the Israelites were held for 40 years in the Sinai — giving them time to ‘cleanse’ their bloodline by marrying only within their own race.

Their blood types were originally the same as above, but due to intermarrying with the BROWNS, as well as other created races, both groups now have large amounts of Rh-positive blood types. Rh positive is more dominant that is Rh negative, an Rh negative mother may have ten children from an Rh positive father, but may have only one Rh negative baby out of ten.

G) Mixed races – are a result of intermarrying amongst all races of people – producing various shades of skin tones, facial features, hair color and consistency, and blood types. Examples might be the people of India, the Aborigines of Australia, the Blackfoot of North America, and the Polynesians.

We must not forget too, that the master scientist/physician, Enki, did many experiments with DNA manipulation and cloning in his laboratories here on Earth, accounting for many different and varied features amongst the races of people, which could have resulted in blonde-haired Aborigines in Australia, and the fine-featured black-skinned peoples of India.

However, analysis of mitochondria DNA, from a Neanderthal fossil found in Germany, also suggests that the Neanderthals did not contribute DNA to modern Europeans. Thus, evidence has been accumulating that modern Europeans are not descended from Neanderthals of Africa. [Source: paraphrased from Microsoft Encarta Encyclopedia – 2002]

Nobody will dispute the fact that black haired, ruddy [brown] skinned peoples, have occupied every continent and island on the face of the Earth since the `Adams’ were first created. The Elohiym family of `gods’, originally created the `black-haired’ people, in part because the Anunnaki hated to do manual labor, such as, mining gold, diamonds, and other precious metals.

Therefore, the creation of black-haired, ruddy-skinned peoples was initially to provide manual workers for the extraterrestrials, a.k.a., the Anunnaki people.

The descendants of the Anunnaki are the white races of peoples, who were originally a light-skinned race, with either `red’, blonde, or light-colored hair, and brightly colored eyes, such as blue, green, light gray, or hazel. Many white-skinned peoples still resemble the ancient space travelers who came to Earth thousands of years ago.

While the Israelites are descendants of the Elohiym godhead, and Enki and Enlil’s family, not all white races descend from this politcal family.

Nevertheless, Enki knew that the population on Hibiru was in trouble, so to preserve the Elohiym royal family line; many Elohiym descendants remained behind on Earth in order to preserve their race.

Other Anunnaki descendants also inhabit the Earth today, but Enki and Enlil’s descendants are identified as being Israelites.

NOTE: All the WHITE and ORIENTAL races would actually be HEBREW – having their origins from the planet by the same name, HIBIRU [aka Nibiru].

In summary, what the St. John family journals say regarding the various races is as follows:

Betty Rhodes’ book, Keeper of the Celtic Secrets, is available on Amazon.com. You can visit her website at this link.