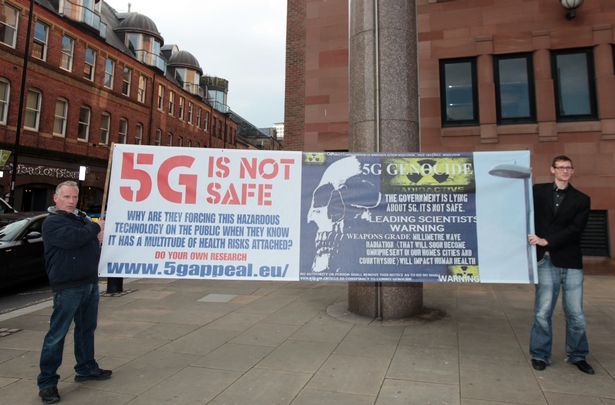 Britain’s First Court Case Against 5G — And The People Won

Mark Steele, a 5G campaigner, has been highlighting the dangers of a secret 5G rollout by Gateshead Council where residents are complaining of increased illness and Cancer in the affected area.

There’s enough evidence to conclude the new smart 5G arrays on the top of new LED lampposts emit Class 1 Radiation frequencies and should be treated as a danger to the Public.

Gateshead Council ignorantly rebutted clear evidence and created false allegations on social media posts and printed leaflets stating that Mark Steele is spreading Pseudo Science and that the arrays are not dangerous or 5G:

“Please be assured that there is no scientific basis or credible evidence for any of these scare stories about street lights causing cancer and other illnesses.” 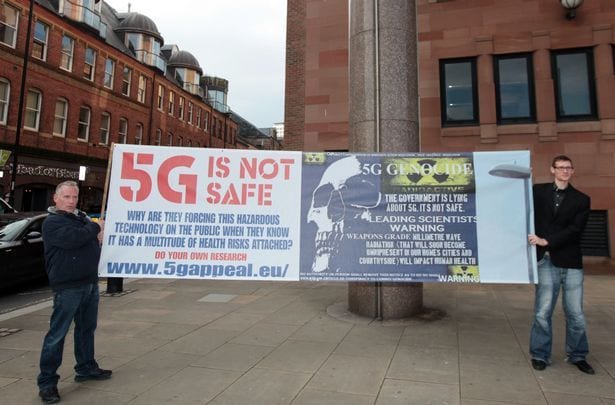 They misused Police Powers to gag Mark Steele and yesterday he left a free man and Gateshead Council to fork out £11k of taxpayers money to cover the court cost amounting to woeful ignorance.

In Court, none of the Council Officers could explain what 5G is; and their leading Government expert refused to attend the Court hearing. In conclusion, the Judge refused to gag Mark, stating:

“The public have a right to know.”


PLEASE USE THE FREEDOM OF INFORMATION REQUEST TEMPLATE TO LAWFULLY CHALLENGE YOUR COUNCIL ABOUT 5G AND SMART CITIES: Smombiegate.org

The secret 5G rollout issue in Gateshead is now officially of public interest and will be treated as a landmark case for other people to start using this Court’s ruling to challenge their Councils.

We know Surrey, Westminster and Luton all have these toxic Microwave EMF arrays installed on their new LED streetlights. We now know even if these arrays are currently 2G, 3G or 4G they can be 5G enabled by fitting a ‘lens’ that ‘focuses’ the frequency.

The Judge declared Mark Steele as a credible expert and engineer on EMF and GSM technologies, which proves Gateshead Council are liable for corruption, misleading the public, making people ill and attempting to discredit Mark Steele and all others such as Smombie Gate fighting 5G rollouts.

Councils are struggling at the moment, over 50% are almost bankrupt because over half of their resources are being spent on the increase of Adult Social Care, so any supplier proposal with the promise of more revenue is irresistible.

Smart City companies are going into Councils with amazing futuristic presentations detailing the first step, which is to install the 5G infrastructure, i.e. the lampposts on streets and motorways.

The benefits will be 24/7 Police surveillance that sees through walls; smart road signs; 4k live streaming on the move; driverless vehicles and public transport; mobile virtual reality; mobile augmented reality; and a fast connection for Elon Musk’s new brain implant called the Neuralink giving people the Internet inside their mind.

All these features are all a wet dream for Councils who will be the first ones to become Smart Counties because they will be able to increase taxes and the local economy in theory will thrive.

In reality, scientific evidence is mounting across the planet that EMF, RF, 3G, 4G, 5G, WiFI and WiGIG is causing Cancer, killing bees, driving out wildlife and lowering peoples quality of life.

All because big business says it’s good for the people, and they’re continuing to mislead us all of the dangers of continuous use in close proximity and on the skin, let alone what 5G really is, which is an effective battlefield weapon.

We know that Gateshead isn’t the only Council who is misleading the public on the 5G rollout and it’s seemingly been going on for a few years.

Luton, Surrey and Westminster are next along with all Councils that have installed these arrays that are being installed by particular companies (we’ll leave you to do your own work on how you think these companies are!).

Who is paying for these 5G rollouts? Who’s given consent on behalf of the People? Who has done research to prove the new infrastructure’s safety?

As usual, these important issues are being rubbished by the media and beneficiaries to big business. But they’ll soon see our wrath, as we now this ruling.

All Hell is going to break loose in Great Britain and we’re going to take the fight to them. We will NOT be silenced, and you will not wilfully poison our bodies and our families bodies with Class 1 radiation – WE DO NOT CONSENT.

Mark Steele of https://www.saveusnow.org.uk has made this a big part of his life. It’s people like Mark and all of you who get involved that make a difference to our lives.

Please spread the word and get in touch with us if you want any advice in how to approach your Council. We’re going to be producing a simple Template Pack you can send to your Councils very soon.

The 6 links below are enough proof to convince anyone what’s going on around us without our consent.

5. Leaked corporate presentation about the dangers of 5G masts, “In countries with EMF limits significantly below the international science-based ICNIRP limits the roll-out of 5G networks will be a major problem.”: HERE.