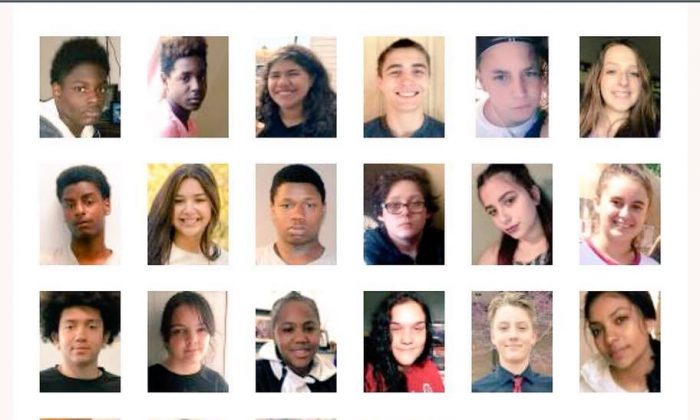 Over 120 missing children were recovered in a one-day sweep in a Michigan county, as U.S. Marshals tried to locate victims of sex trafficking.

Out of 301 files of missing children in Wayne County, 123 were identified and recovered safely during the operation led by the newly formed Child Recovery Unit.

The sting throughout Wayne County took place on Sept. 26 but was publicized a week later on Oct 3 by the U.S. Marshals Service.

“All of the children located were interviewed about potentially being sexually victimized or used in a sex trafficking ring during their period of time that they were deemed missing,” said a statement from the U.S. Marshall’s office. 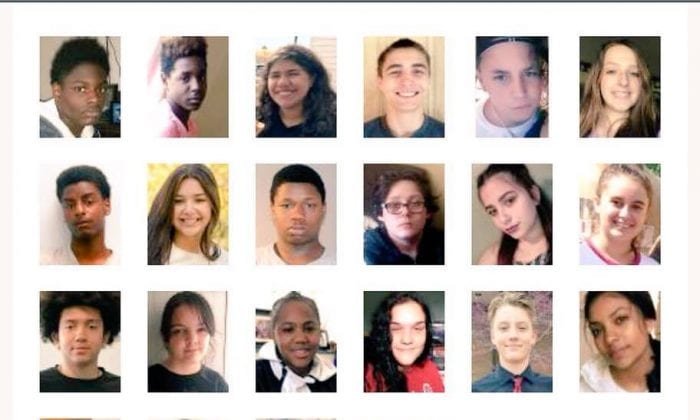 “Three cases were identified as being possible sex trafficking cases, and one homeless teen was transported back to the command post after it was discovered that he had not had anything to eat in three days.”

It was the first time an operation of this kind had been conducted in Wayne County.

“The message to the missing children and their families that we wish to convey is that we will never stop looking for you,” the U.S Marshals statement said. 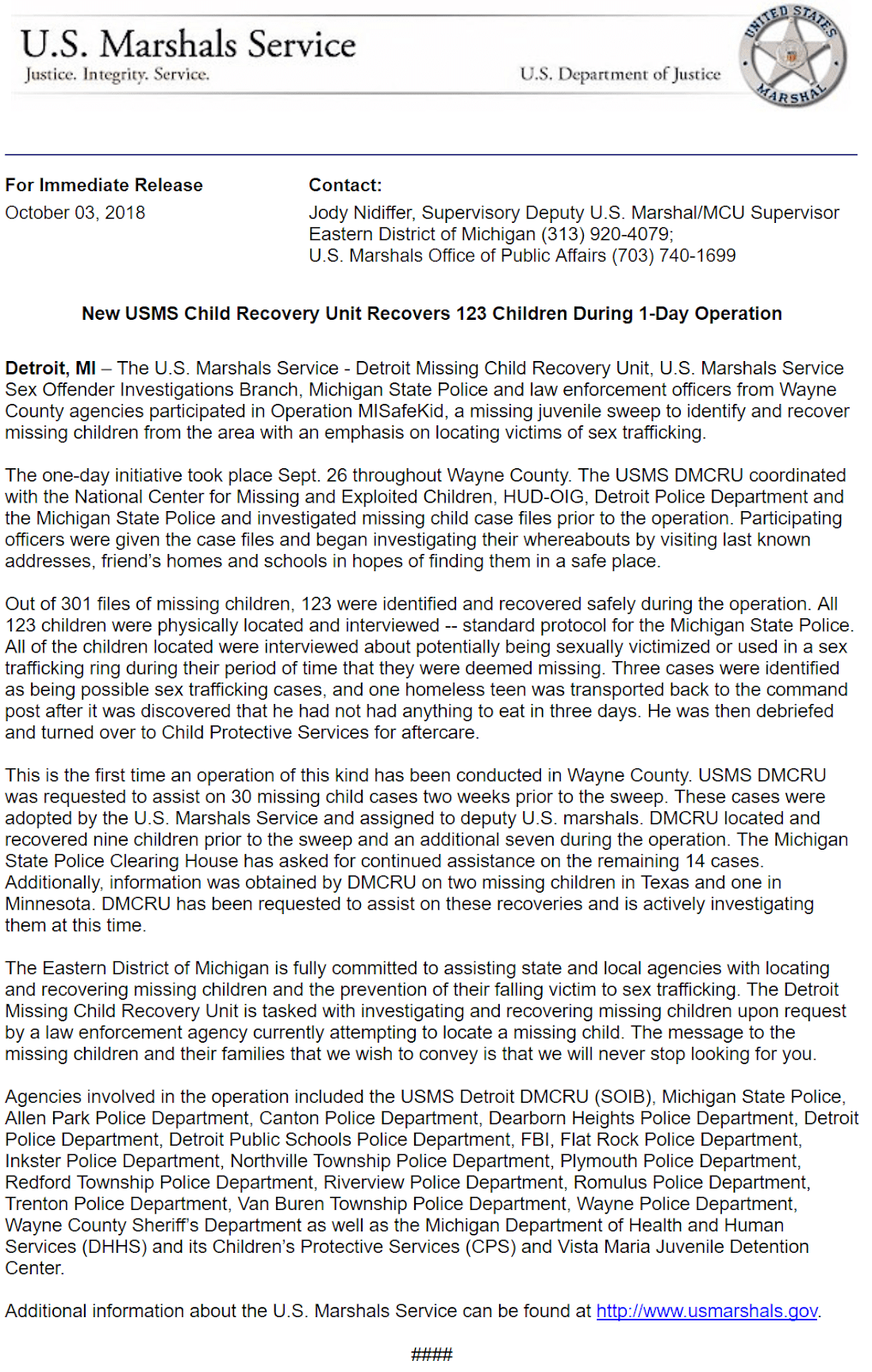 Mass Exodus from the Church: In US, the Percentage of Young Adults with No Religious Affiliation Has Nearly QUADRUPLED Since 1986 Previous post
Leaked Google Memo: 'American Tradition' Of Free Speech Must Be Abandoned Next post