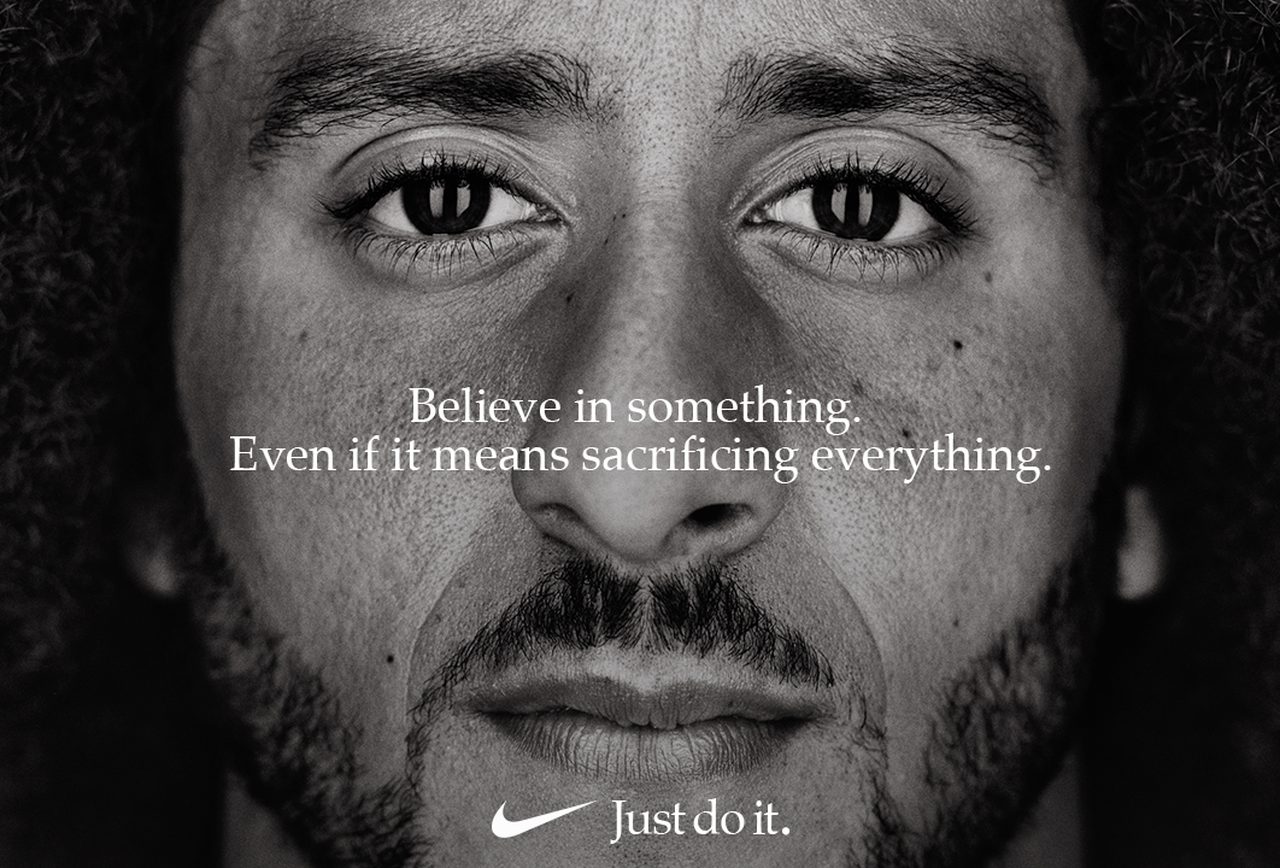 Nike’s Slogan “Just Do It” is Luciferian

“Just Do It” — Nike’s slogan is just a short version of the Satanist credo: “Do what thou wilt shall be the whole of the law.” It invites people to indulge their basest desires.

Big corporations like NIKE are all controlled by the Luciferian central bankers. The NIKE swoosh signifies Illuminati control.

So it comes as no surprise that Nike would back a traitor, Colin Kaepernick, a millionaire quarterback whose very example contradicts his cause, that blacks are oppressed and lack opportunities. 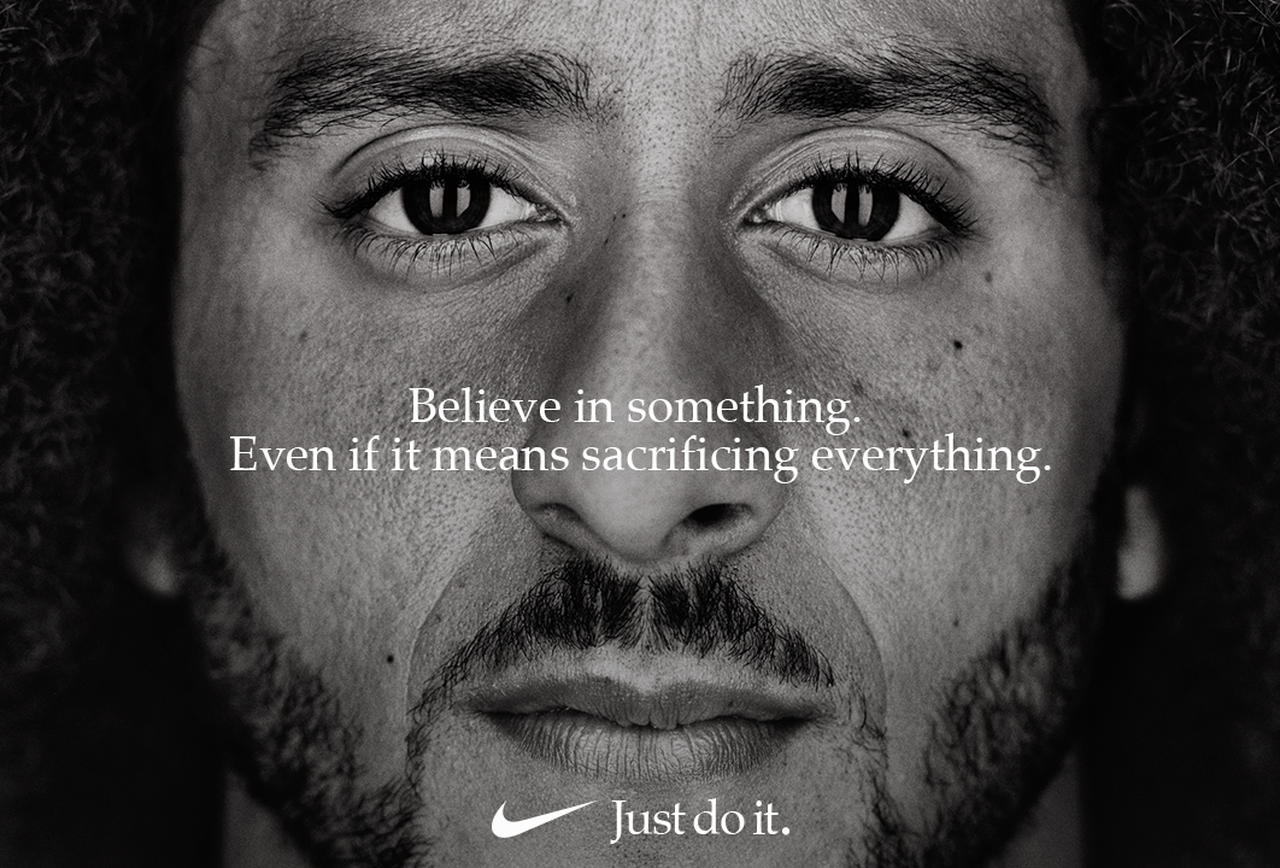 Liberals (aka Communists) want to undermine patriotism, not help blacks. If they cared about blacks they would protest the black-on-black murder rate (4x the national average) or the black abortion rate, which is 35% of the total, while black women comprise 6% of the US female population.

Liberalism is a mask for Communism which in turn is Luciferianism. Lucifer rebelled against God, who is the “Self” in self-discipline.

Predictably, since the advent of Trump, liberals have discarded civility and respect for democracy. They have dressed as vaginas, engaged in violence and obscenity, and generally behaved as toddlers. All because of the election of a President who is not a full-time traitor like his predecessor.

Compare this with how conservatives suffered through eight years of Obama with relative dignity and respect for the law.

Self-discipline is the essential difference between conservatives and liberals. As I argue below, 9/10th of religion is what we do NOT do. We were made in the image of God. Living up to this ideal is what defines us as human.

“A man may conquer a million men in battle but one who conquers himself is, indeed, the greatest of conquerors.” — Buddha

“Rule your mind or it will rule you.” — Horace

Have you noticed that nine of the Ten Commandments are proscriptions?

They tell us what we shalt NOT do.

Surely this is an important clue. We worship God by disciplining and controlling our lower nature.

The only affirmative Commandment is to “honor your father and mother.” The other nine are concerned with obeying, i.e. Self-discipline:

You shall have no other Gods; not make idols; not take His name in vain; not work on the Sabbath; not commit murder; not commit adultery; not steal; not bear false witness (lie) and finally, not covet your neighbor’s wife or possessions.

It’s important to realize that both religion and civilization are based on a dualistic view of man, as matter and spirit. Man is seen as a wild animal (matter) who contains a spark of the Divine, his soul (spirit.)

Our souls comprehend and crave God, who is perfection. (“Be ye therefore perfect as your Father who art in heaven is perfect.” Mathew 5:48)

Our souls can distinguish between good and evil, truth and lie, beauty and ugliness, love and hate.

Our souls (higher self) are required to hold our primitive instincts (lower self) in check. This is what defines us as human.

Luciferianism (Illuminism) is all about indulging our desires, no matter how depraved they are. Lucifer rebelled against God.

Gradually, the Luciferian (Illuminati) bankers have erased the distinction between matter and soul. They have made “God” a dirty word, which cannot be mentioned in polite company.

They define man in terms of our animal appetites and whims, no matter how perverse or degrading. These are also the assumptions of naturalism — man is an animal without a soul. 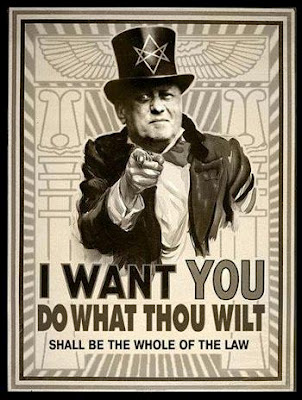 “Do as thou wilt shall be the whole of the law,” is the Satanist credo.

With the decline of religion, the only thing to restrain the primitive drives are social norms (laws). But with Satanists in control, material appetite now masquerades as soul.

Satanists invert good and evil. Man’s lowest nature is glorified and held up for emulation.

The mass media is the instrument for our induction into Satanism. What is considered edgy and courageous is not confronting the perpetrators of 9-11 but “adults” mentioning embarrassing toilet accidents in public.

I was channel surfing recently when I saw talk-show host Chelsea Lately and her guests discussing incidents when they felt like vomiting from other peoples’ farts.

Every city has a give-away entertainment paper, and every paper has a sex-advice column specializing in airing the obscene and disgusting in public. In Winnipeg where I live, this paper (“Uptown”) is owned by the Winnipeg Free Press, supposedly a family newspaper.

One recent question involved a sex partner who defecated on the sheets. Another was from a woman whose vagina emitted a foul stench.

A new TV commercial for Alexander Keith beer: Rude man gives his girlfriend a long lascivious kiss before introducing her to a friend, who also locks lips with her. Edgy! As Nike says, Just do it!

I could fill a column with examples of this race-to-the-bottom, social engineering designed to make us indulge our every impulse, and broadcast our every toilet accident.

Instead of aspiring for what is truly beautiful and refined, modern culture aspires to degrade humanity.  We have no culture because culture is based on aspiring to genuine ideals, not denying them.

Don’t kid yourself. This is how Satanism works. It is deliberate.

We think of enslavement in terms of limitations to our freedom, repressive laws, surveillance and concentration camps.

Satanists use our primitive instincts to enchain us. For example, by making sex and romance the Holy Grail, and then shoving sex in our faces 24-7, they turn us into sniveling sex-addicts.

If an alien visited this planet, he would report that humanity’s number one preoccupation was “who is doing whom?” and can people watch?

And if it isn’t sex, it’s money. We dance to this tune daily, dedicating our lives to protecting or expanding our stash.

How do we protect and liberate our souls?

Recognize that society has been subverted by Satanists devoted to degrading us to the level of domestic animals.

These are our principles. Things we will not do. This way we will recognize and reject temptation immediately instead of wrestling with it.

We feel powerless but a spiritual war can be won with spiritual weapons. We can defeat Satan by what we won’t do.

After Being a Whistleblower for Over a Decade, Insider Comes Out and Reveals He Has Autopsied Over 3000 ET Specimens Previous post
5G Network Uses Same EMF Waves as Pentagon Crowd Control System Next post