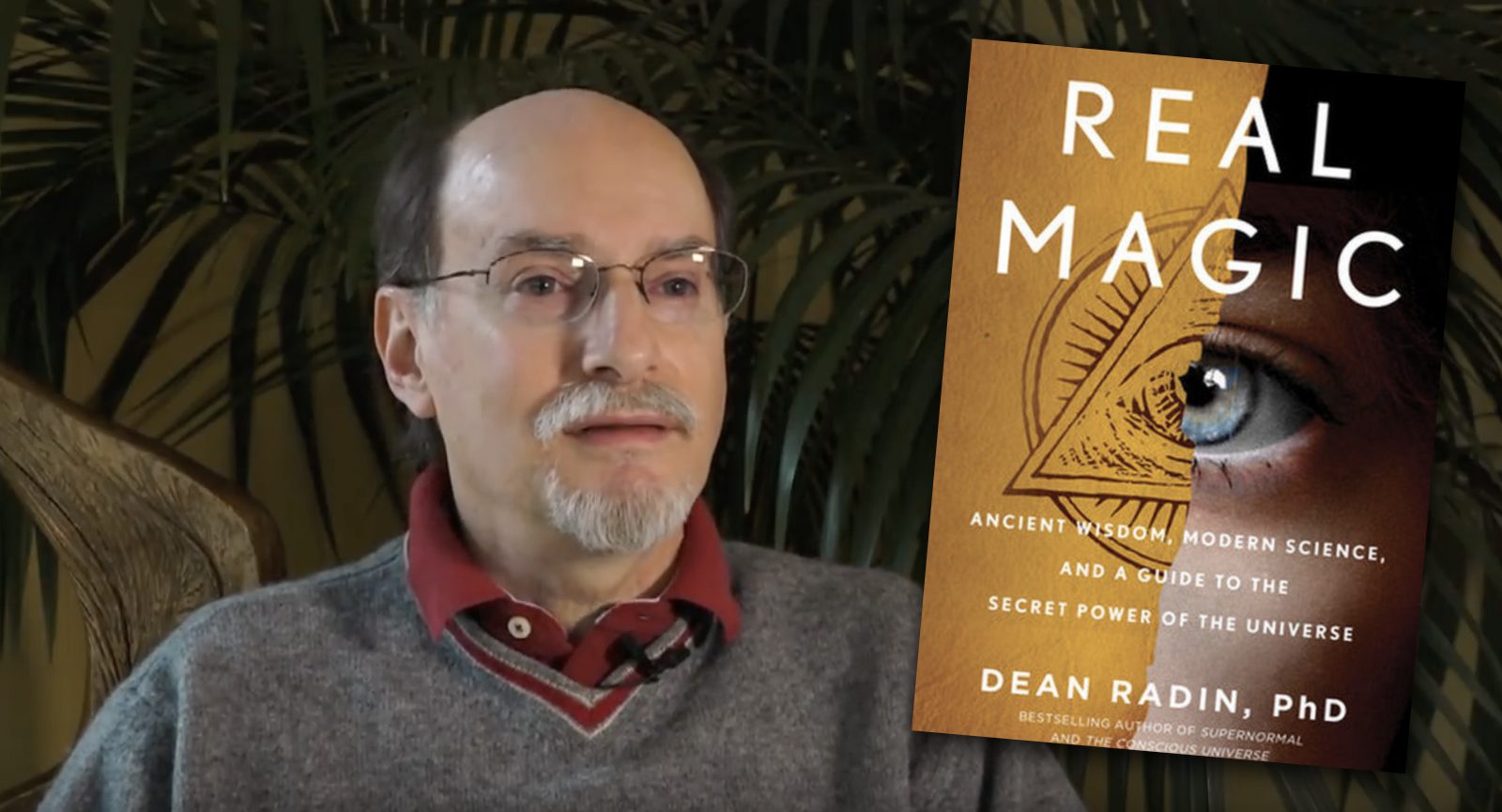 Is magic real? That depends on how you define it, but yes, I believe ‘magic’ is definitely real, and I’m clearly not the only one.

Cases of ‘supernormal’ powers and ‘magic’ of all kinds have been reported throughout history and across almost all cultures — at least until religion was invented and these topics were ushered into the realm of the ‘demonic.’

Proponents of what we now call ‘magic’  include nearly all ancient literature from all parts of the world, from the Vedic texts and the yoga sutras, all the way to Moses, Jesus, Milarepa and Mohammed.

Donald Lopez Jr., a professor of Buddhist and Tibetan Studies and the University of Michigan provides a great example in describing the Buddha: 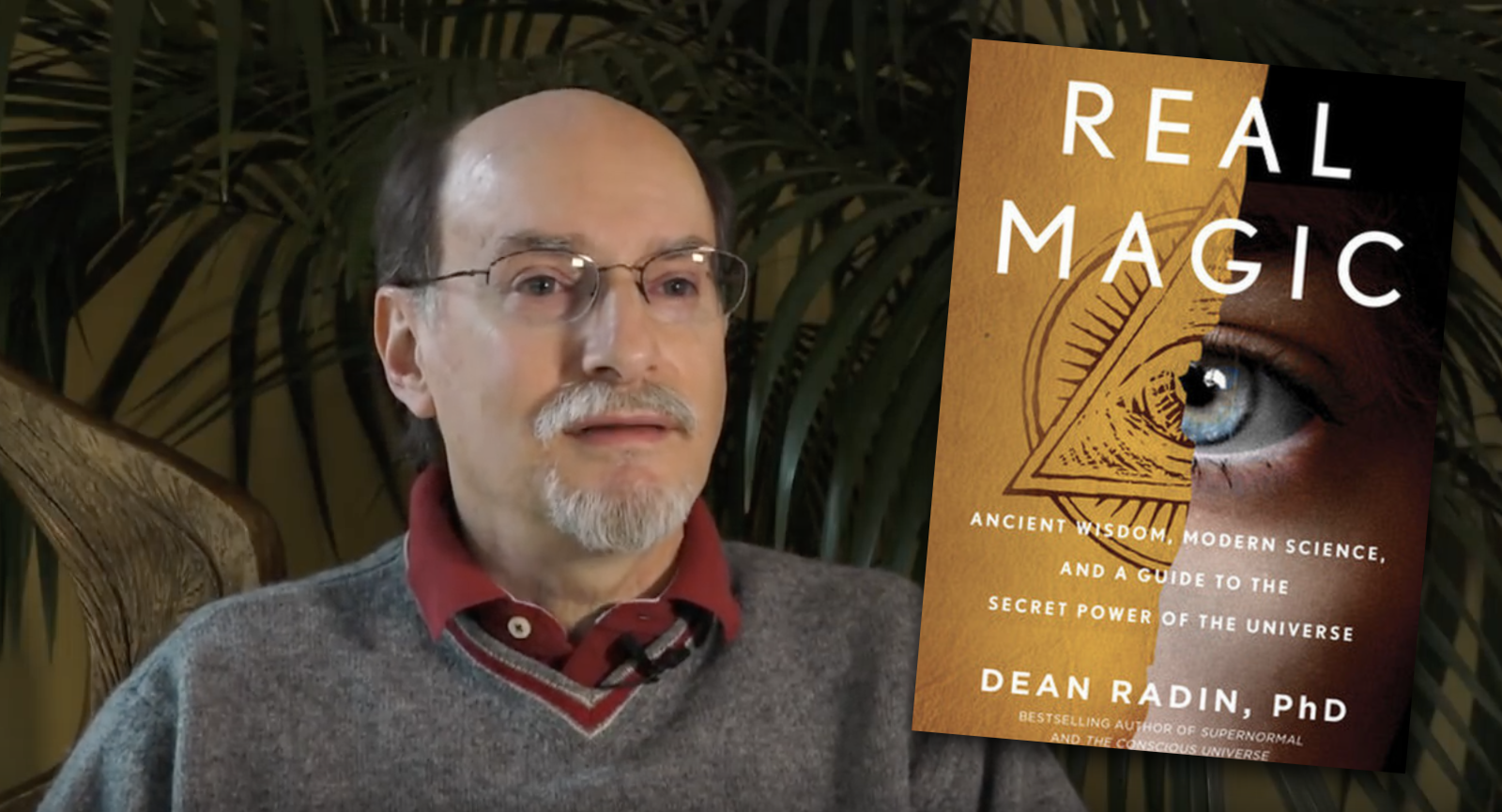 “With this enlightenment, he was believed to possess all manner of supernormal powers, including full knowledge of each of his own past lives and those of other beings, the ability to know others’ thoughts, the ability to create doubles of himself, the ability to rise into the air and simultaneously shoot fire and water from his body… Although he passed into nirvana at the age of eighty-one, he could have lived “for an aeon or until the end of the aeon” if only he had been asked to do so.” (source)

The crazy thing is there are also modern day examples, but they mostly come from the black budget government programs. In 2016, I published a well-sourced article providing multiple examples from a CIA document that confirms the existence of humans with ‘special abilities’ who are able to do ‘impossible’ things. You can access that here.

A book recently published by the Chief Scientist at the Institute of Noetic Sciences, Dean Radin, entitled “Real Magic” has received some great reviews.

The main premise is the idea that a hidden power resides within every single human being, a power tied to our consciousness, a power that makes phenomena like psychokinesis, remote viewing, and precognition not only possible but something that will perhaps one day be a normal part of all our lives.

The book offers a vision of a scientifically informed magic and explains why magic will play a key role in the frontiers of science.

This falls into the realm of a field of study called non-material science. Nikola Tesla was a huge proponent of this, as he had said that the day humanity begins to study this subject matter is the day that humanity will advance at an exponential rate.

Dr. Carl Jung once stated, “I shall not commit the fashionable stupidity of regarding everything I cannot explain as a fraud.” This is something we should all hold in our minds as we examine this or other claims that are not part of our current perception.

The amount of statistically significant results when it comes to this reality, usually dubbed as “parapsychology,” is very significant. We are talking about hundreds, if not thousands of studies that have been conducted worldwide for decades.

“There seems to be a deep concern that the whole field will be tarnished by studying a phenomenon that is tainted by its association with superstition, spiritualism and magic.

“Protecting against this possibility sometimes seems more important than encouraging scientific exploration or protecting academic freedom. But this may be changing.” — Cassandra Vieten, PhD and President/CEO at the Institute of Noetic Sciences (source)

A lot of the statistical results for parapsychology are just as strong, if not in some cases more significant, than a lot of the results which emerge from hard sciences, like physics and mechanical engineering.

The Department of Defense has stated that results in this area are a clear sign that these phenomena are real, despite the fact that they are still somewhat unexplainable. As far back as 1999, a statistics professor even published a paper showing the results dealing with parapsychology and mind-body connection are a lot stronger than the results used to approve some of our medications.

That study was done by Dr. Jessica Utts, as statistics professor in California who had this to say about Radin’s book:

“Real Magic illustrates the limitations of 20th century science and proposes a more comprehensive view that incorporates ideas that have been associated with magic throughout the ages. Blending history, humor, and plausible hypotheses, Dean Radin illustrates that there is a staggering amount of evidence for a broader view of science that offers hope for the future of humanity.”

“A thought-provoking book. The author makes a convincing case for the reality and significance of magic.” — Brian Josephson, Nobel Laureate in Physics and Emeritus Professor of Physics, University of Cambridge

Today, hundreds of scientists are coming together to emphasize that matter is not the only reality. They’ve created a manifesto, and you can find links and access more information about this initiative, which started a few years ago, in an article we published here.

“Some scientists are confident that we already know what is and is not possible. But the truth is that science is very much in its infancy. To advance our understanding requires bold excursions into domains some might consider heretical, including esoteric legends about magic that have persisted for thousands of years. This is what Dean Radin sets out to do with Real Magic. In my judgment, it succeeds in blazing new trails. Well worth the read.” — Kary Mullis PhD, Nobel Laureate (Chemistry)

The Global Elite Use Magic

While talking about magic in this sense, it’s also important to mention the global elite, and the idea that they also use metaphysical/magical ‘knowing’ and concepts.

Unfortunately, they do so not for the joy of discovery, or from a place of good intention, but from a selfish, egoic place, a place that is in service to self, and not in service to others.

This is a big point to consider when discussing whether humanity needs to take down the global elite in order to evolve. You can read more about my thoughts regarding magic and the global elite in the article ‘How Some of The World’s Elite Use Black Magic Rituals To Conjure Up Entities For More Power.’

I believe that as human consciousness evolves and we become more aware of who we are, and our capabilities, we will also realize that love, compassion, and empathy are all needed for us to thrive.

Once we completely grasp this, I believe, these ‘abilities’ that lay dormant within us will begin to show themselves more and more.

The takeaway here is to keep in open mind, and to recognize that what we think we know is always subject to change. Sometimes these things take a while, even if a sufficient amount of evidence has been provided.

This type of study opens up new understandings about the nature of our reality, and would change ‘science’ and the current laws that govern it forever. Non-material science truly represents the next scientific revolution.

Dean Radin’s (Chief Scientist at the Institute of Noetic Sciences) book, Real Magic: Ancient Wisdom, Modern Science, and a Guide to the Secret Power of the Universe is available to purchase on Amazon.com