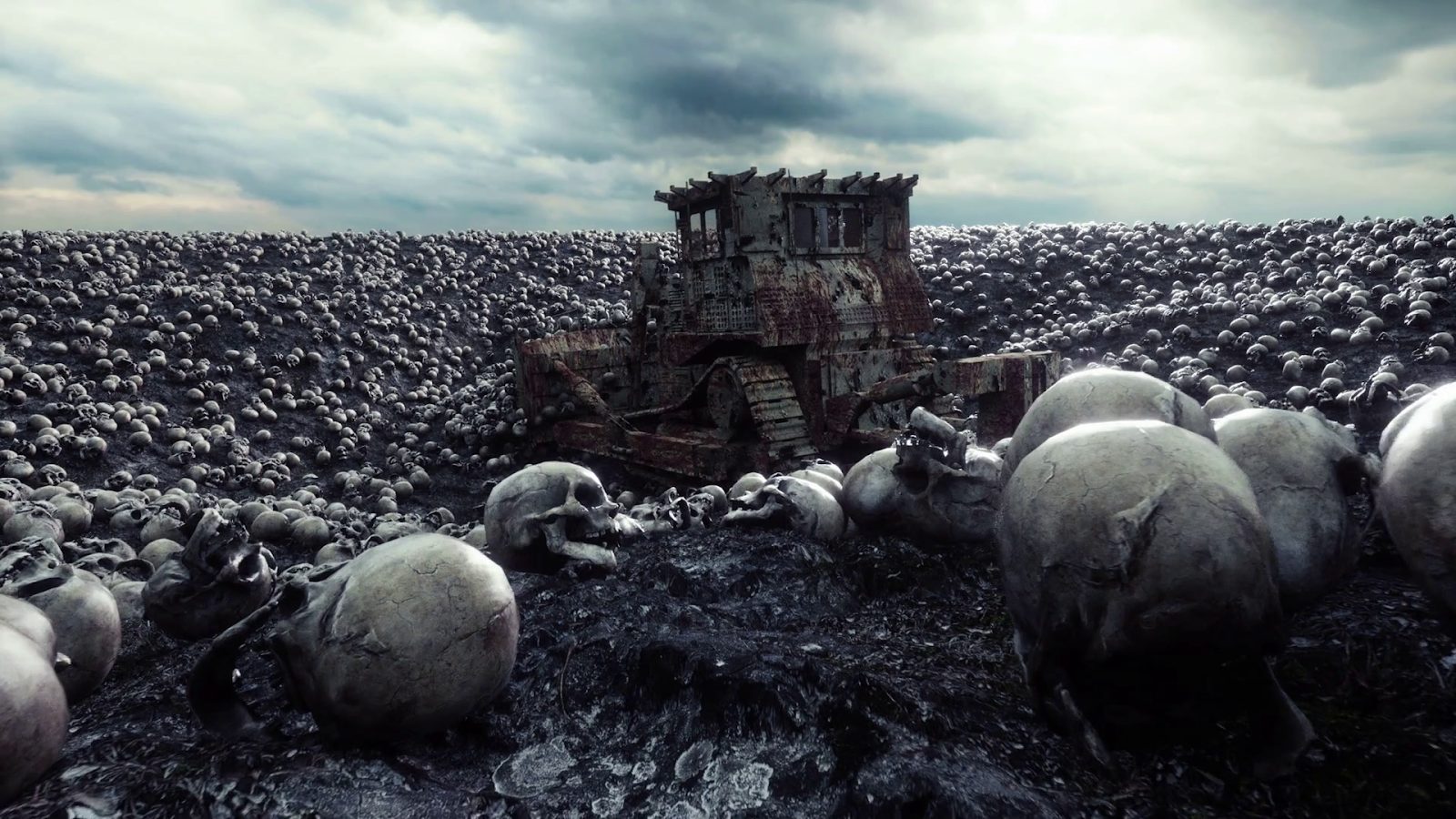 Far beyond the distractions of political bickering and cultural trends, the big, big picture that’s unfolding across our world right now is a plan to exterminate 90% of the current human population in order to “save” the planet and protect what globalists see as the future of human survival on a cosmic scale.

This plan is under way now due to two very important developments:

#1) The rise of robotic systems that can replace human labor, eliminating the need for a world of impoverished human workers whose only reason for existence — from the point of view of the globalists — was to be exploited for cheap labor and manipulated votes. 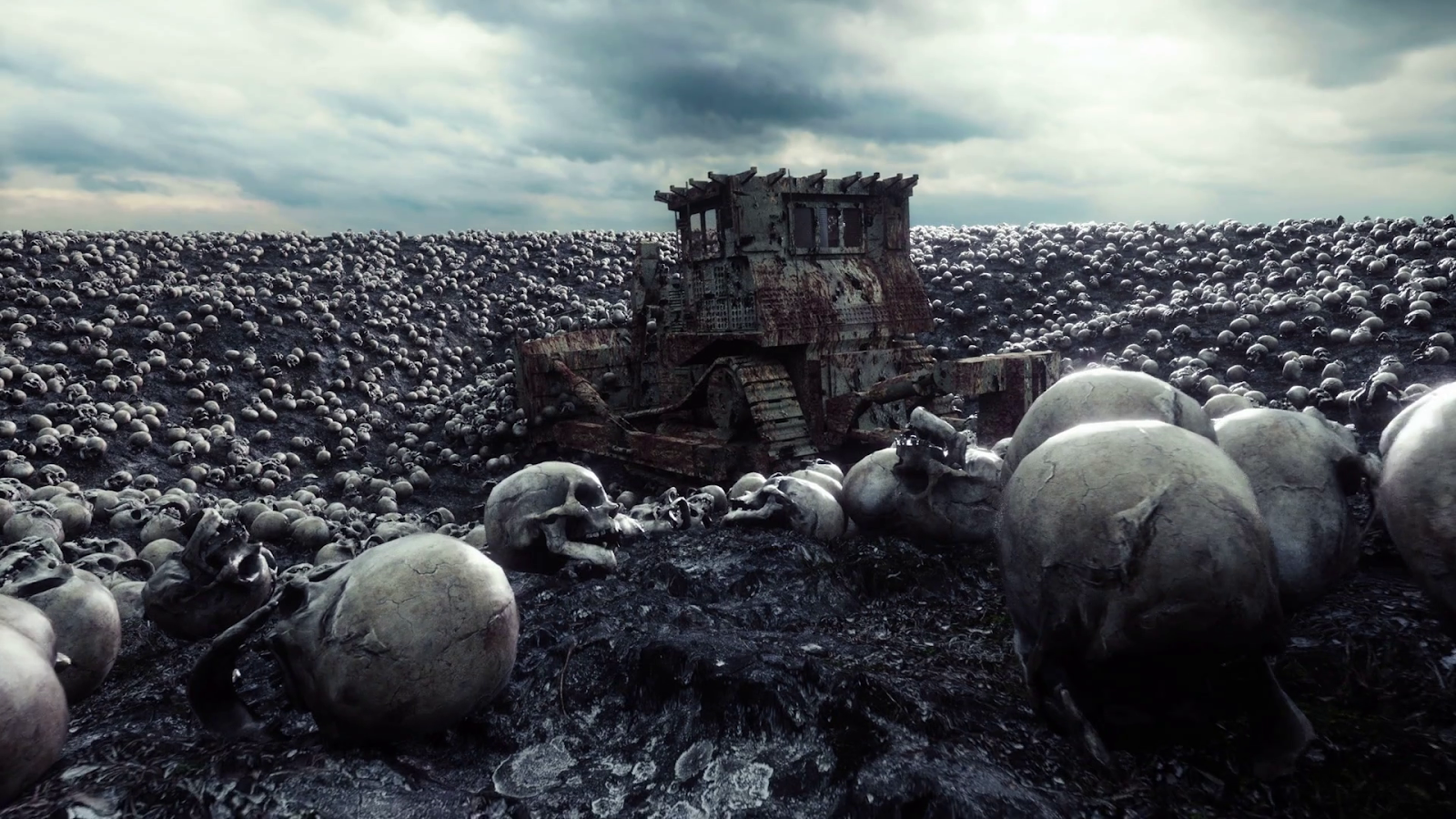 If you aren’t yet aware that robots are replacing human labor, you’re way behind the curve. As this Zero Hedge story shows, heavy duty robots are already being introduced that can replace human labor in construction and other similar jobs.


#2) Entitlement payouts to humans are draining government resources that globalists believe should be spent on space colonization, space weaponization, faster-than-light (FTL) travel technology and other exotic tech systems that can defend human civilization against cosmic threats.

Thanks to the socialist policies of Leftists, so many people are now collecting entitlements that governments now see the masses as an unsustainable financial burden. If the masses were eliminated, governments that were on the path to financial insolvency could suddenly achieve balanced budgets and remain solvent (rather than collapsing under endless debt spending).

This is especially true when considering the robot replacement of human workers, given that robots collect no welfare, food stamps workers comp, sick days or retirement benefits. Once robots can replace all the benefits of human labor without all the costs associated with human entitlements, the globalists will very quickly accelerate their plan to exterminate what they see as “excess humans.”

(See my full, accompanying Counterthink video below, which explains this in more detail.)

Part of the elitist justification for all this rests on the fact that globalists believe Earth is a vulnerable planet for multiple reasons, including space weather events (asteroid strikes, solar flares, etc.) as well as the human depletion of natural resources.

The elimination of 90% of the human population, they believe, is necessary to prevent the planet’s resources from being consumed by “useless eaters” instead of being redirected into exotic research projects that would shore up the survival of the human species and protect against cosmic events that, right now, could wipe out humanity in an instant.

The current situation where Earth’s governments are spending the vast majority of their wealth paying for “useless eaters” to continue living and reproducing isn’t a sustainable scenario, globalists believe.

Thus, they see the extermination of 90% of the human population as a necessary evil in order to save the world and save humanity on a cosmic scale. (It almost reminds you of Thanos from the Marvel universe, a powerful cosmic being who travels around the universe exterminating half the population on each planet he encounters, all in the name of sustainability.)

In essence — and this is not my point of view, but theirs — every dollar that’s currently going to feed a food stamp recipient, process a migrant or finance the retirement of a former government worker would be better spent on colonizing Mars, the globalists believe.

All their current talk of advocating for migrants is merely a way to overthrow sovereign nations, eliminate borders and establish global United Nations control from which global depopulation can be directed without resistance from independent nation states (i.e. Trump is the enemy).

One coming conflict, by the way, will be between this UN-directed global government and communist China, which is about to face its own economic and environmental collapse. Brexit is also playing a role here, throwing a huge delay into the globalism plan.

How globalists plan to exterminate 90% of the human race

The extermination plan rests on the “accidental / on purpose” release of an engineered bioweapon viral strain. Such bioweapons offer several distinct advantages to extermination efforts, from the point of view of globalists:

1) They are not traceable and are easily released into the population with complete anonymity.

2) They are self-replicating. Once the initial population is infected, there’s no need to manufacture more because cellular physiology runs the replication automatically.

3) They exploit the natural social structure of human societies. People will automatically spread the virus because people like to be around other people. Very few people are completely isolated in modern society.

Those who comply will be infected. Never forget that the mass polio vaccinations of the 1960s and 70s were laced with cancer viruses. This was admitted by the CDC for decades, right up until a few years ago when the CDC scrubbed its website of all such history.

Further supporting this realization, UN-approved jjabs administered to women in Kenya have been exhaustively tested in science labs and confirmed be laced with infertility chemicals designed to reduce the population of blacks. See also this story with further details.

5) They tend to more aggressively target low-wage populations and Third World populations, achieving one of the key goals of the globalists which is to wipe out the “useless eaters” as they see them, while maintaining the top 10% of the human population to carry out the science and innovation that globalists see as necessary to protect Earth.

The other advantage of bioweapons, from the point of view of globalists, is that they do not destroy the ecosystem in the way that nuclear weapons do. Since part of the goal here is the extermination of humans without damaging the ecosystem, bioweapons become the obvious choice, and they can even be tweaked to target specific races such as South Americans, Africans or Europeans.

For bioweapons to succeed in their goal of exterminating 90% of the human race, humans must have their immune systems suppressed in advance of bioweapons exposure.

This plan is already well under way.

Immunosuppression is easily accomplished through multiple vectors described below. Here are just a few of the ways this is being done right now:

#1) Biosludge mass contamination of soils and the food supply. See my upcoming film Biosludged, which launches Nov. 28th. You can watch the entire film for free at BrighteonFilms.com.

The trailer is posted here:


#2) Toxic medicine and toxic jjabs – Nearly all the prescription medications now consumed by westerners are biologically toxic. Most cause immune suppress in one way or another, and many lead to nutritional deficiencies that further weaken the human immune system.

Flu shot jjabs are scientifically proven to weaken immune response in subsequent years, meaning anyone who takes jjabs is more vulnerable to bioweapons. This is not a coincidence. It is a global IQ test to see which humans are stupid enough to commit suicide via injection while calling it “medicine.”

These chemicals, known as pesticides and herbicides, are intentionally designed to interfere with key neurological or physiological functions, otherwise they would not kill other living organisms such as insects.

The fact that they are designated as pesticides is proof that they kill living organisms. Most people don’t realize this, but popular breakfast cereals such as Corn Flakes are made almost entirely out of ingredients that are registered with the EPA as “biopesticides.”

#4) Propaganda attacks on nutrition: The entire fake news media complex continues to denigrate the importance of immune-enhancing nutrients such as vitamin D, zinc and selenium, knowing that gullible news consumers can be convinced to avoid nourishing their own bodies.

Those who believe the corporate-run news cartels are committing nutritional suicide, turning to Big Pharma instead of supplementary nutrition, causing them to become weak in both body and mind.

This is all by design: Weak-minded people are easier for the info-propagandists to manipulate and control. And the last thing they want is people obtaining the ability to operative with cognitive clarity and presence of mind.

#5) Chemtrails. This is a very controversial subject. Not every contrail in the sky is a chemtrail, but it is a simple scientific fact that “global warming” scientists are well into the process of altering the atmosphere using what they call “geoengineering” experiments.

The very subject of chemtrails used to be derided as a conspiracy theory, but now it’s openly explored by scientists in the name of reversing climate change.

According to some analysts, the substances being “amended” into the atmosphere also serve to suppress human immune function.

#7) The planned global debt bubble collapse is being engineered right now by the central banks of the world. One of the desirable outcomes of this is the plunging of first world nations into financial destitution, which ultimate promotes infectious disease and dissuades access to medical care.

Right this very moment, the streets of San Francisco are littered with human feces and drug needles. The medical implications of the financial collapse of cities into feces-ridden filth hubs should be obvious. Impoverished cities and nations are cesspools for the spread of pandemics. Financial collapse is just one small part of the very big picture.

The bottom line is that the effort to soften up your immune system is well under way. Be sure to do exactly what the anti-human media tells you to do and keep taking “your” flu shot.

Your obedience to this quack science ritual is required in order for you to “serve” the interests of the globalists by eliminating yourself from the human gene pool. The sicker you are, the more easily you can be killed off in the interests of “saving the world.”

Here’s the full video explanation that accompanies this story:

Sources: NaturalNews.com; Brighteon.com
Scientist Replies to Aluminum Industry's and Medical Industry's False and Misleading Claims of Aluminum Safety Previous post
Weather Modification Programs Have Been Run by the US Government Since 1953 Next post