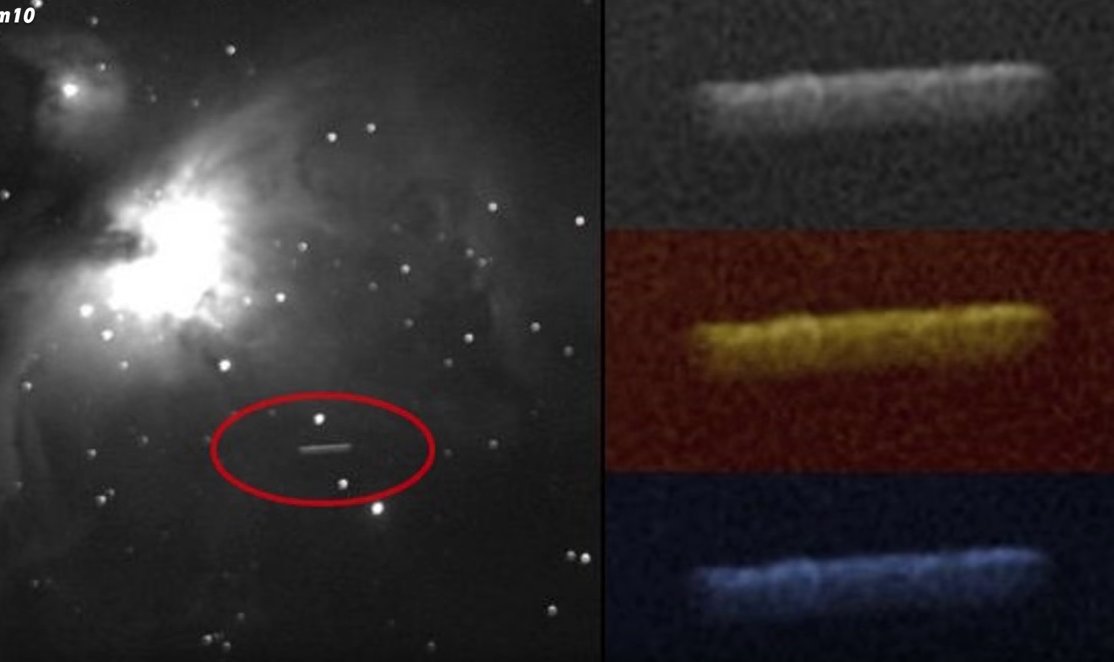 Remember that cigar-shaped object that entered our solar system last year that had researchers wondering what the heck it was? Well, they’ve been studying it for the last year and now have some interesting theories, including that it may be an alien spacecraft sent to examine Earth.

Perhaps far fetched if you’ve never been exposed to UFO research, but not at all far-fetched given much research, witness testimony and many whistleblowers have pointed to some ET crafts being cigar-shaped. It’s not uncommon.

Those who feel ideas like this are ‘weird and out there’ are simply not seeing the facts that have been around for decades. Thankfully, research like this helps to shift that perspective amongst the public, and opens us up to truths that have been waiting to be explored en mass for a very long time. 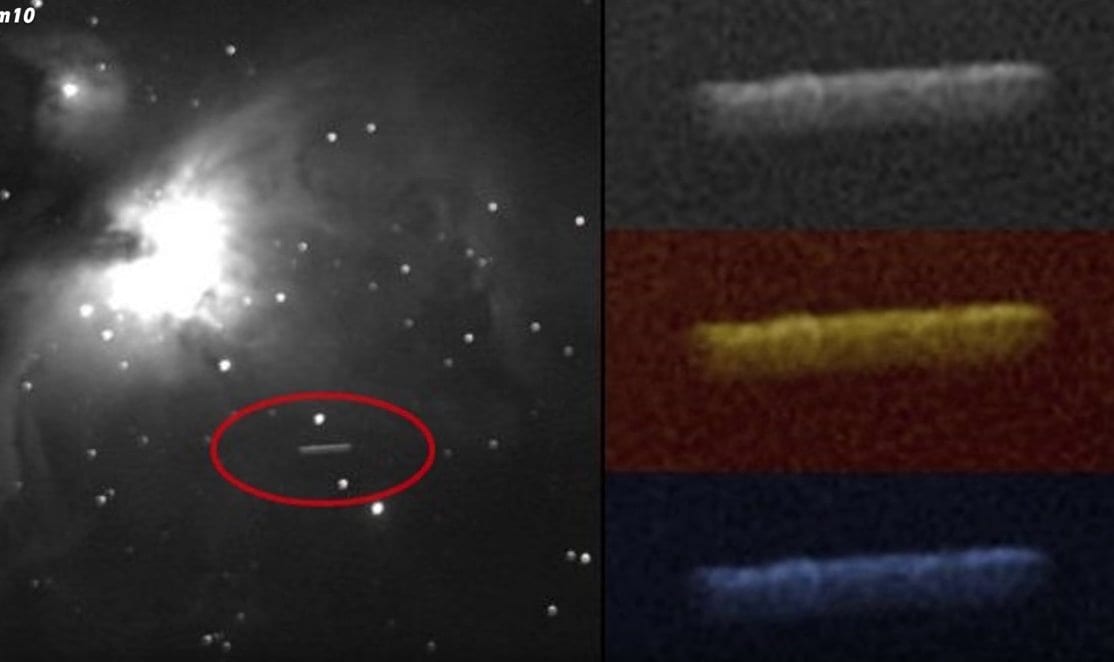 The object was first spotted by the Pan-STARRS 1 telescope in Hawaii in October 2017. It was given the name “Oumuamua” by researchers as that represents a messenger from afar arriving first, or scouting, in Hawaiian.

Some researchers believe the object is the first interstellar visitor to our solar system. A narrative we might expect if you are well up on the latest UFO research and understand that decades of coverup are now leading to a slow, controlled, drip disclosure.

The object appears to be about 400 metres long and 40 metres wide, it also appears to travel at a speed of more than 26 kilometres per second. It has been puzzling astronomers since it was first discovered.

In a new paper submitted to the Astrophysical Journal Letters, researchers at the Harvard Smithsonian Center for Astrophysics suggest the possibility the object is actually a “lightsail of artificial origin.”

A lightsail is an artificial object, used to gather sunlight to power a spacecraft or something to that effect. It could also be a probe, according to authors of the paper.

“Oumuamua may be a fully operational probe sent intentionally to Earth vicinity by an alien civilization.”

Although it has been called a comet or an asteroid on many occasions, it’s movement and speed do not resemble that of either according to researchers.

The object’s movement is not determined by the gravitational pull of the sun or planets, as is the case with asteroids. Scientists have also been unable to concretely identify it as a comet because it lacks a tail or “coma” around it.

Researchers believe it could be a light sail type object for a number of reasons including the fact that it’s extremely thin width would allow for it to survive interstellar travel over galactic distances and withstand collisions with gas and dust grains.

To researchers, it is still unclear whether Oumuamua is a light sail from a spacecraft or some other artificial object floating around in our solar system. But they do seem to be very clear on the fact that it is artificial.

“A survey for lightsails as technosignatures [scientific evidence of past or present technology] in the solar system is warranted, irrespective of whether Oumuamua is one of them,” the paper said.

Other Claims of Cigar-Shaped Craft

One of Canada’s most famous UFO incidents recalls a man named Stefan Michalak who on May 20, 1967, said he saw two cigar-shaped objects with a reddish glow hovering about 45 meters away. 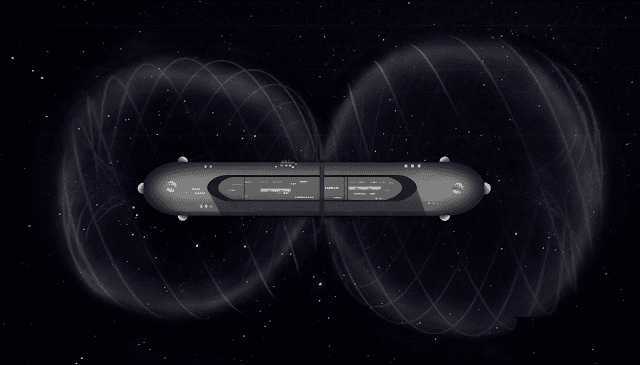 According to whistleblower Corey Goode, this is a cigar-shaped space carrier,
part of the ‘Solar Warden Space Fleet‘. There are 8 of these carriers
in the fleet and have been built for interplanetary missions.

Two American pilots saw on July 24, 1948, a cigar-shaped UFO over southwest Alabama. It was a summer morning at around 2.45 AM when pilots Clarence S. Chiles and co-pilot John B.

Whitted flew in their twin-engine propeller plane the Eastern Air Lines DC-3. 5,000 feet high, with 20 passengers on board. During the flight, they witness a cigar-shaped UFO. 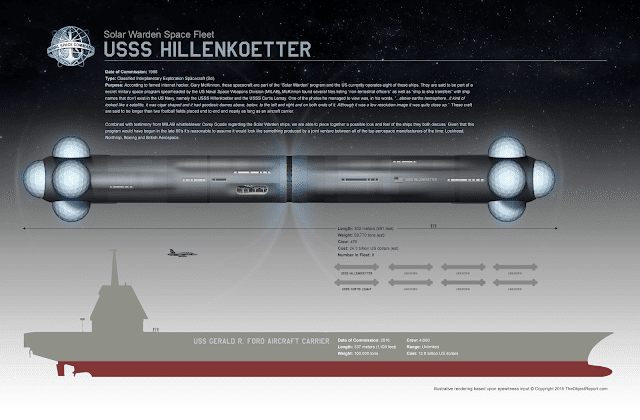 A British hacker has found evidence of a US Navy space fleet. He’s now facing a ten-year legal battle for breaking into NASA and US Navy computers.

“It was clear there were no wings present, that it was powered by some jet or other type of power, shooting flame from the rear some 50 feet. There were two rows of windows, which indicated an upper and lower deck, [and] from inside these windows a very bright light was glowing. Underneath the ship there was a blue glow of light.”

This particular incident became highly classified and the report was later destroyed.

Finally, you can also explore the testimony of Corey Goode who alleges there are many types of cigar-shaped craft that have been used in secret space programs for quite some time. You can read more about that here. 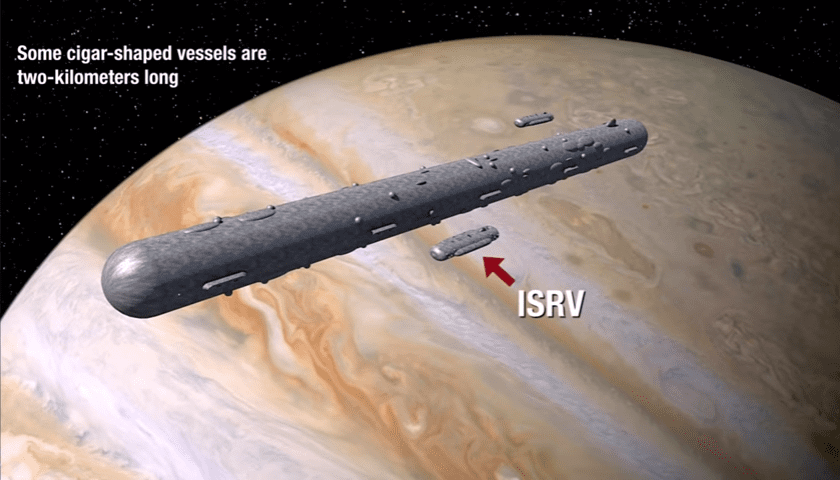 It is becoming increasingly interesting to observe the amount of mainstream ET and UFO talk that is coming to the surface. While it is usually not very deep, doesn’t cover what is already well knowing via declassified documents in the public domain, at least conversations are happening.

Interestingly, if you follow the fact that there has been a deep coverup for decades around the UFO subject, you note that one of the ways forward for those involved in the coverup is to slowly disclose this information in a way that doesn’t incriminate anyone in a negative way.

So we see small drip disclosures, little narratives coming out about how there may be ET’s, there may be craft, we may know more about our true past etc, yet we don’t see full on admissions of what they know and have known for literally decades.

That type of disclosure has been left to the whistleblowers who come out of these programs having worked on and seen the depths of these coverups. They are now doing the service of trying to speed along disclosure to the public, so that government can’t continue to hide it.

For me, I believe the implications of disclosure are huge and an important next step for humanity, but we must be open to exploring these truths, and not simply cast them off as ‘weird’ or ‘out there’.

Criminologist: The Migrant Crisis Brought Muslim Gang Rapes to Germany Previous post
Croatia Will NOT Sign UN Migration Pact and Joins the US, Hungary and Austria Next post