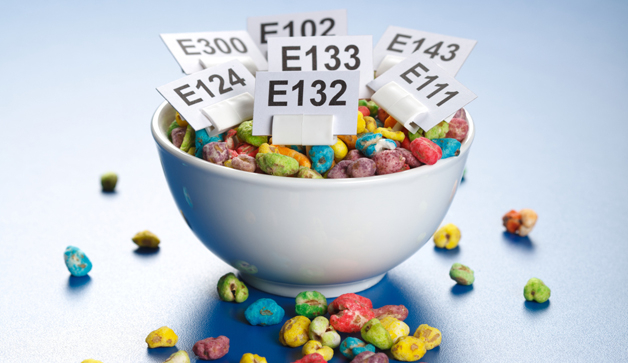 100 Dangerous Food Additives That Cause ADHD, Asthma and Cancer

Food industry additives and colors are one major cause of ADHD, asthma and cancer creating a toxic environment for our children’s health. Even medicines for babies and young children frequently contain these additives banned from foods and drinks and targeted at children under three years of age.

Artificial flavors and colors means it is derived from a chemical made in a laboratory and has no nutritional value. Every single artificial flavor and color in the food industry has some kind of detrimental health effect. These include neurotoxicity, organ, developmental, reproductive toxicity, allergies and cancer.

Two recent British studies found that several food dyes, as well as the common preservative sodium benzoate have an adverse effect on some children’s behavior. Researchers said the increase in ADHD diagnoses could be partly to blame on the preservative.

“It can affect their focus, their concentration. They become more easily distractible, become more impulsive. I think we’re looking at a whole population of kids with skewed immune systems,” said Dr. Kenneth Bock, who wrote a book that supports the theory that food additives could lead to hyperactivity in children. 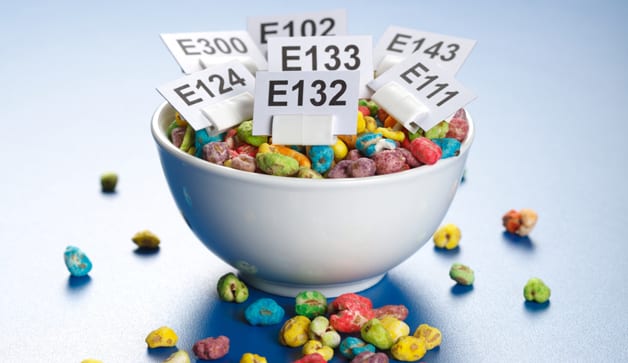 A Southampton Study in the UK showed that additives cause hyperactivity in children within an hour after consumption.

Food additives, especially the artificial colors are made from coal tar derivatives and synthetic chemicals. Within an hour of ingestion, hyperactive behavior is evident.

Cancer and Other Serious Risks from Food Dyes Revealed

Every year, food manufacturers pour 15 million pounds of artificial food dyes into U.S. foods — and that amount only factors in eight different varieties, according to the Center for Science in the Public Interest (CSPI).

In CSPI’s summary of studies on food dyes, you can see that some of the most commonly used food dyes may be linked to numerous forms of cancer.

“The three most widely used dyes, Red 40, Yellow 5, and Yellow 6, are contaminated with known carcinogens … Another dye, Red 3, has been acknowledged for years by the Food and Drug Administration to be a carcinogen, yet is still in the food supply.”

In their 58-page report, “Food Dyes: A Rainbow of Risks,” CSPI revealed that nine of the food dyes currently approved for use in the United States are linked to health issues ranging from cancer and hyperactivity to allergy-like reactions — and these results were from studies conducted by the chemical industry itself.

For instance, Red # 40, which is the most widely used dye, may accelerate the appearance of immune-system tumors in mice, while also triggering hyperactivity in children.

Blue #2, used in candies, beverages, pet foods and more, was linked to brain tumors. And Yellow 5, used in baked goods, candies, cereal and more, may not only be contaminated with several cancer-causing chemicals, but it’s also linked to hyperactivity, hypersensitivity and other behavioral effects in children.

“Almost all the toxicological studies on dyes were commissioned, conducted, and analyzed by the chemical industry and academic consultants. Ideally, dyes (and other regulated chemicals) would be tested by independent researchers.

Furthermore, virtually all the studies tested individual dyes, whereas many foods and diets contain mixtures of dyes (and other ingredients) that might lead to additive or synergistic effects.

In addition to considerations of organ damage, cancer, birth defects, and allergic reactions, mixtures of dyes (and Yellow 5 tested alone) cause hyperactivity and other behavioral problems in some children.

… Because of those toxicological considerations, including carcinogenicity, hypersensitivity reactions, and behavioral effects, food dyes cannot be considered safe. The FDA should ban food dyes, which serve no purpose other than a cosmetic effect, though quirks in the law make it difficult to do so (the law should be amended to make it no more difficult to ban food colorings than other food additives).

In the meantime, companies voluntarily should replace dyes with safer, natural colorings.”

Artificial preservatives are responsible for causing a host of health problems pertaining to respiratory tract, heart, blood and other. Some are very neurotoxic especially when combined with specific nutrients.

Please look at the ingredient lists before you purchase any processed foods. If you see any of these, don’t buy the product. Continue to educate yourself on the influx of new toxins introduced every year. Eventually, if we investigate enough the answers come. Rule of thumb, if the ingredient list has one chemical or more… it’s one too many. 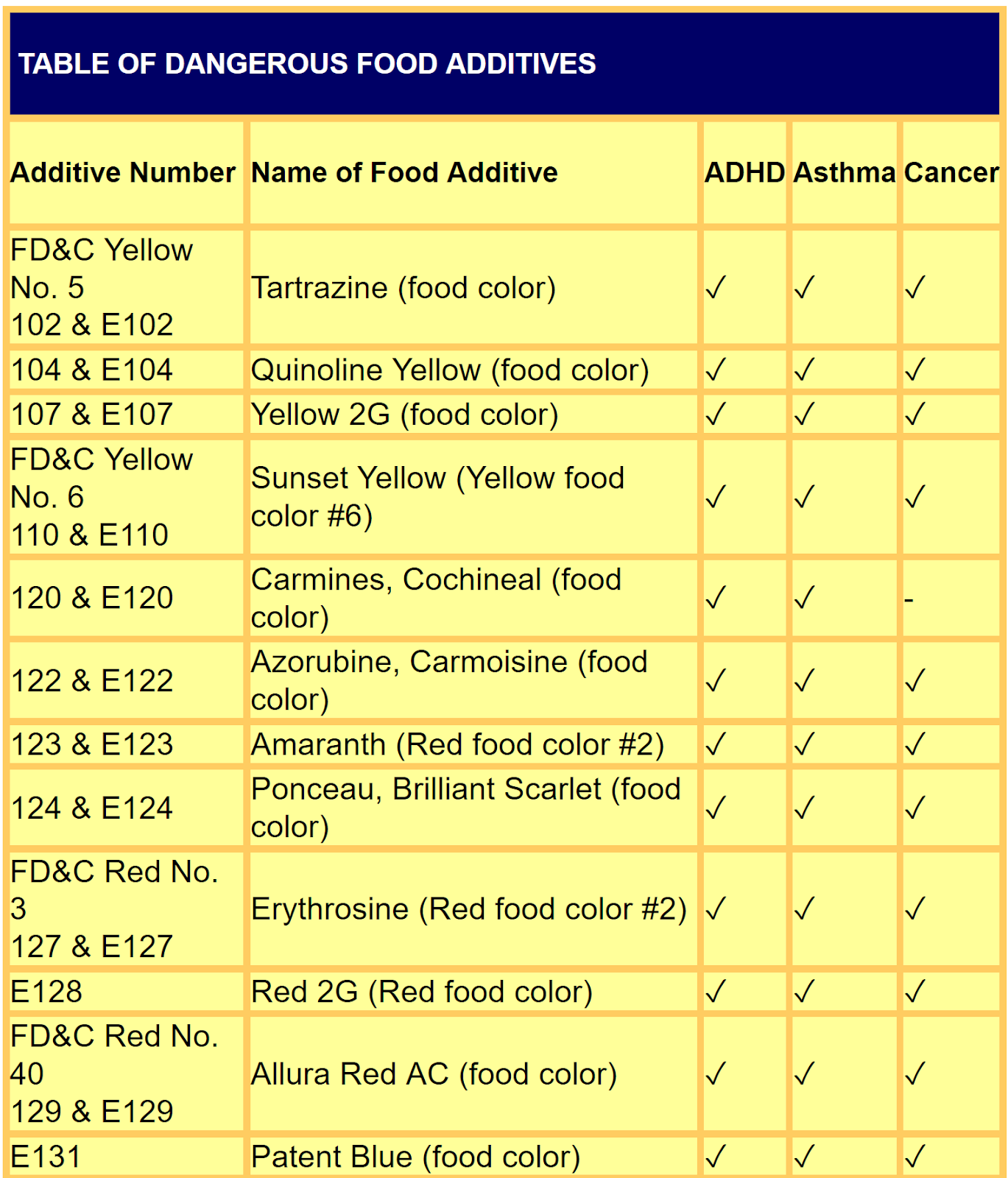 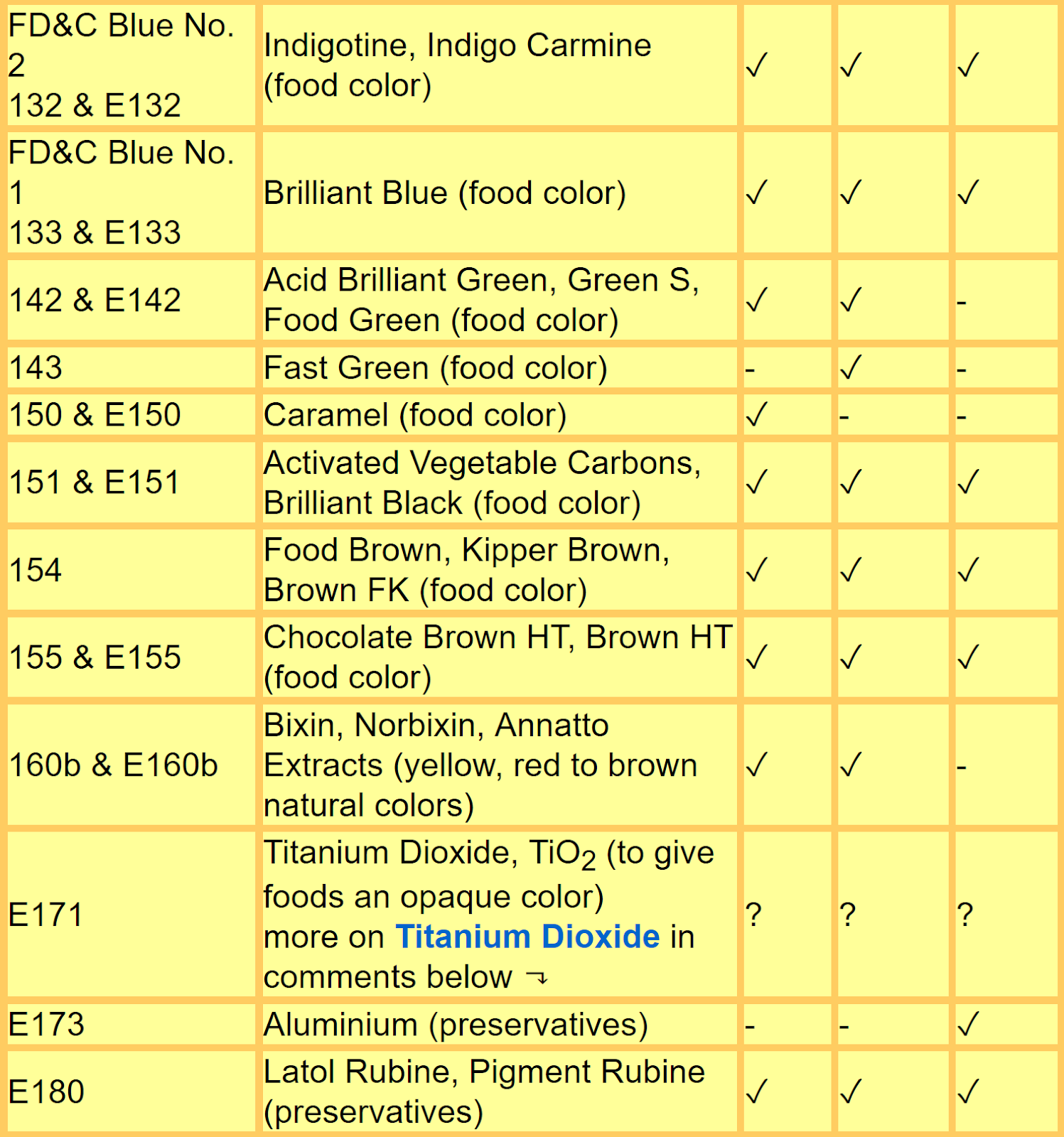 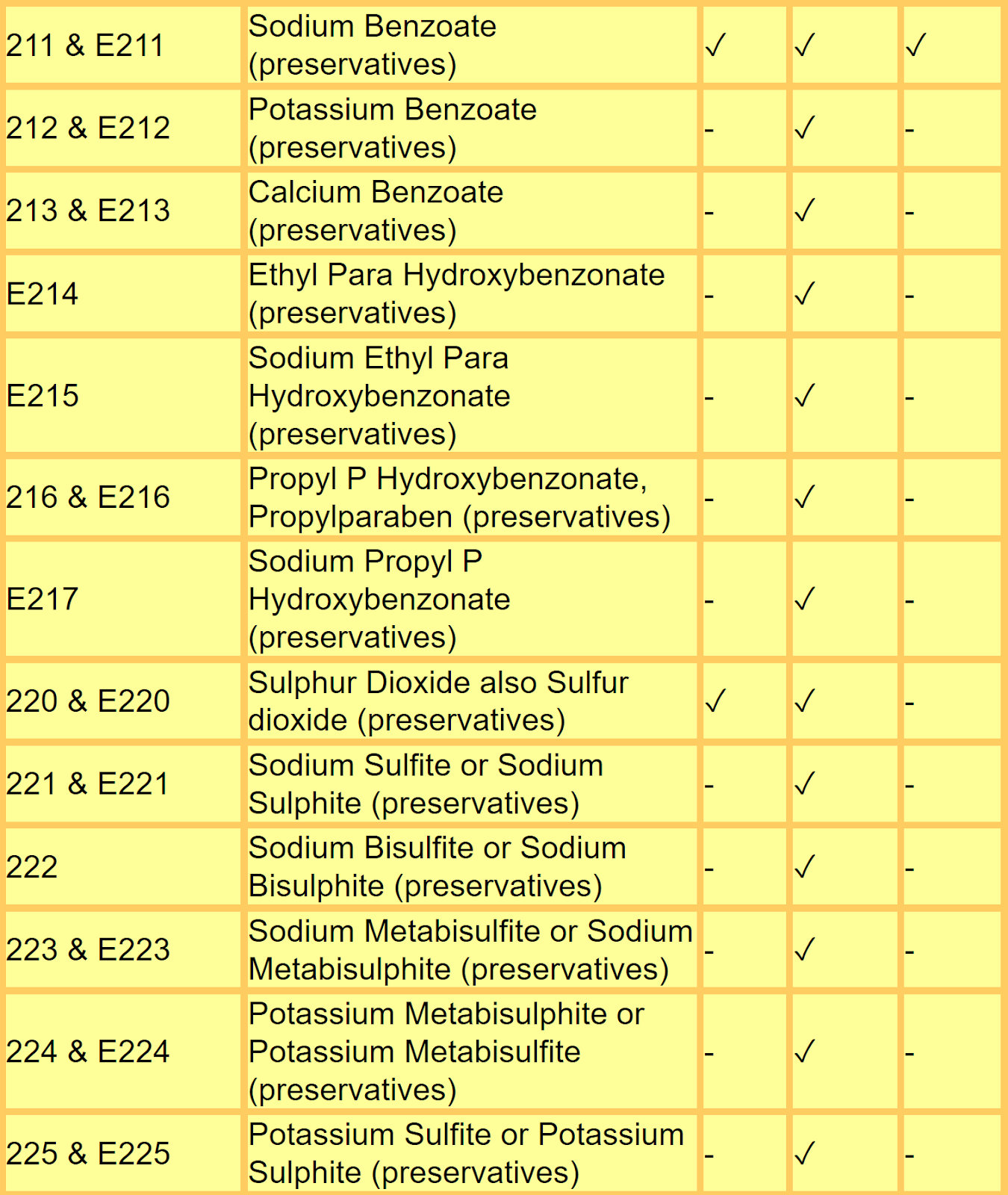 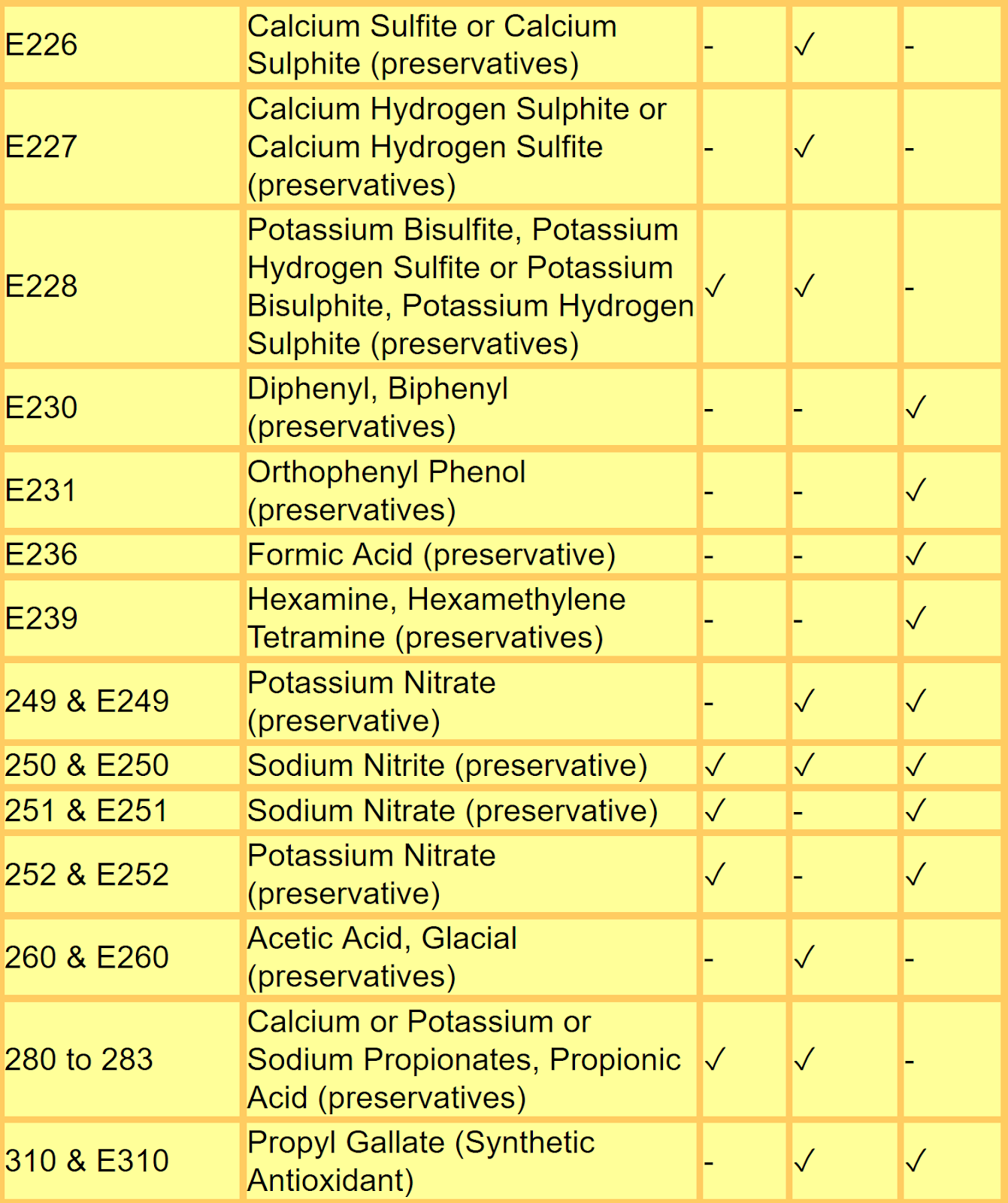 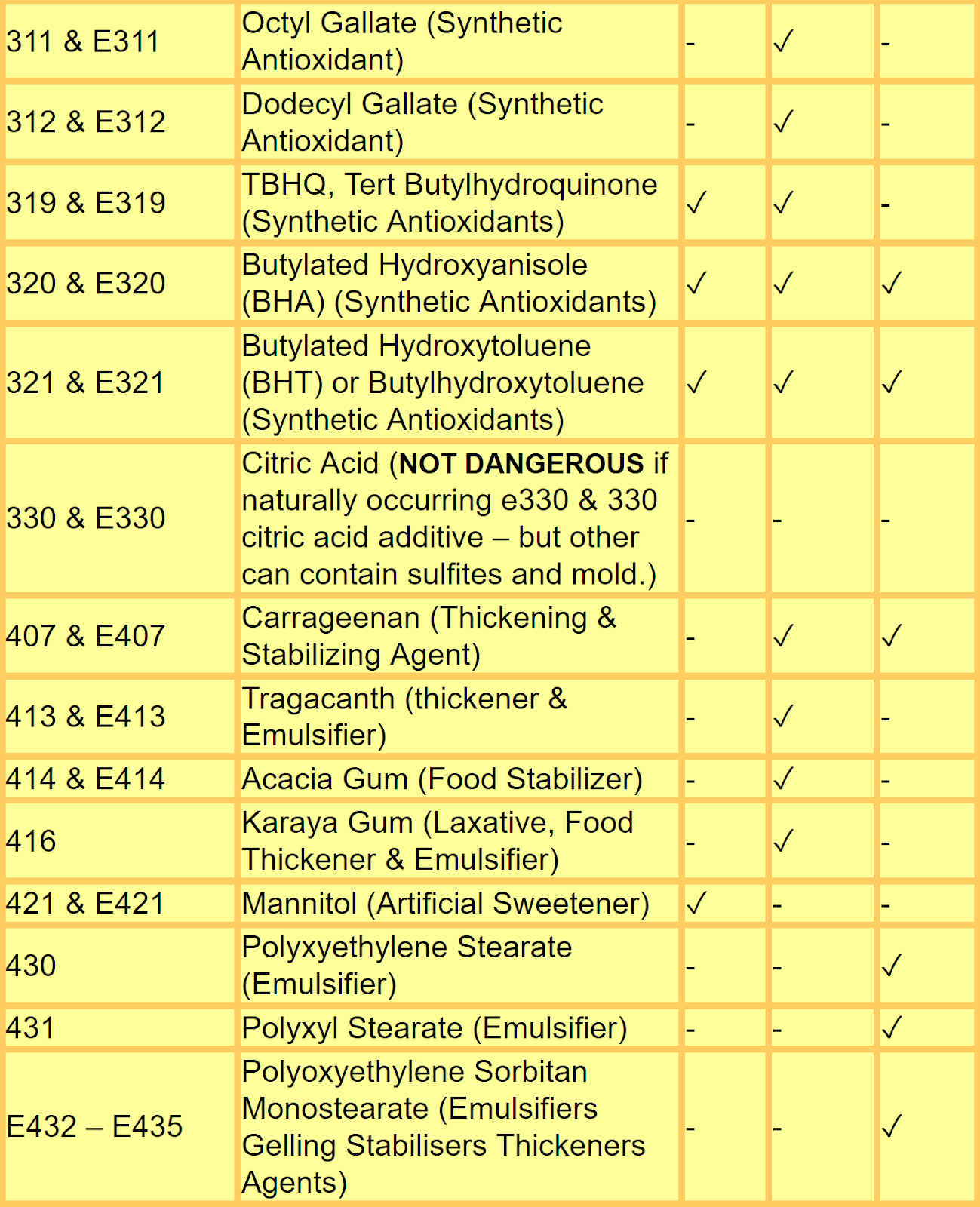 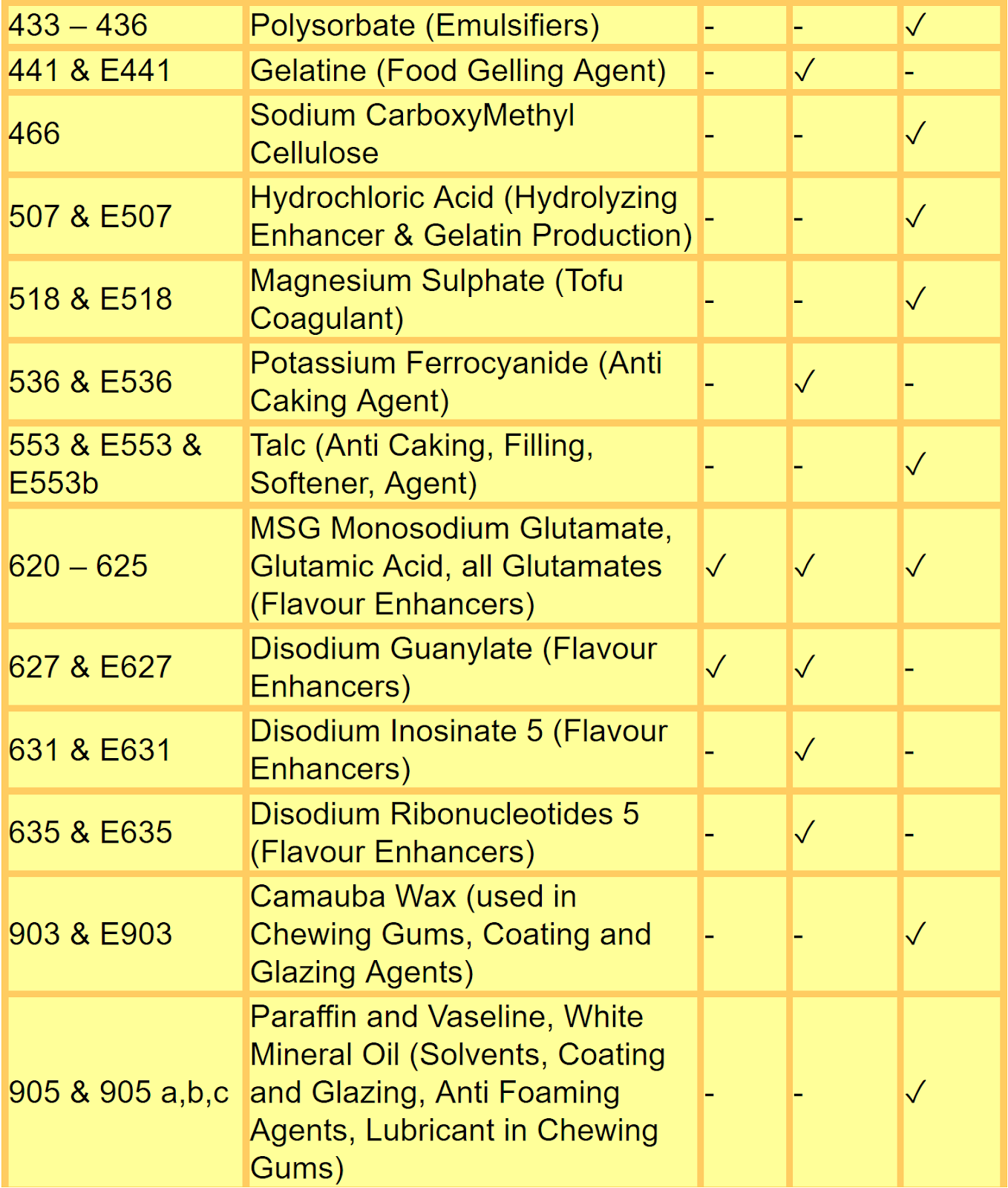 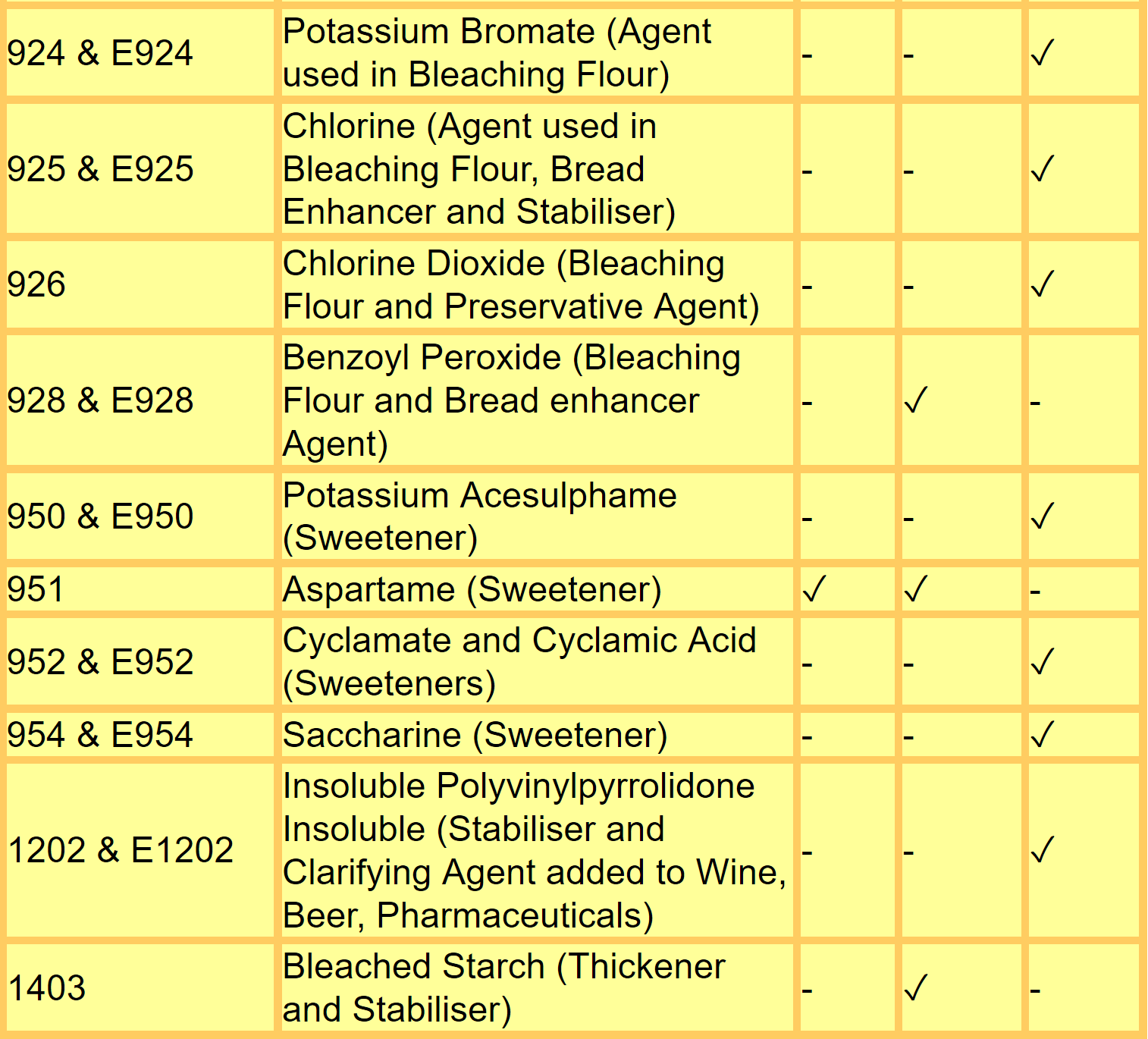