We live in such an overtly sexual and promiscuous society these days, but does anyone stop to consider the consequences? Entity attachment through sex is just one aspect nobody seems to even be aware of.

We firstly must come to understand just how truly powerful sex actually is, I mean think about it through sex we actually create life!

Sex is powerful on a level most of us never even consider. Sex magic has long been known about by occultists, and they know full well about its ability to manifest not only life but many other human desires or needs.

Engaging in sex opens an energy vortex up and depending on who you’re sleeping with that can also open you up to whatever he or she may have harvesting on their energy. Entity attachment through sex is very real and we need to start taking it seriously.

Sex between a truly loving couple literally has the ability to anchor essence energy down into this reality.

This is one of the reasons low vibrational sex is encouraged because if sex is coming from a place of darkness, lack of love or lust then the type of energy, and indeed entities coming down, will be of a parasitic and negative nature.

This Tinder society where its all about a drunken one night stand where nobody wants to commit is harming us in ways we do not even understand.

When you have sex with someone you remain energetically corded to them for life unless you have some energy work to cut them. As I explain in the video below, women can actually take up to 50% of the man’s karma also.

You’re are also effectively potentially passing on and sharing that person’s entity attachments, which can then start to change your own habits and behaviour. It is quite common to see that if the relationship is toxic, the less toxic person can actually start to take on the personality traits of the other person. 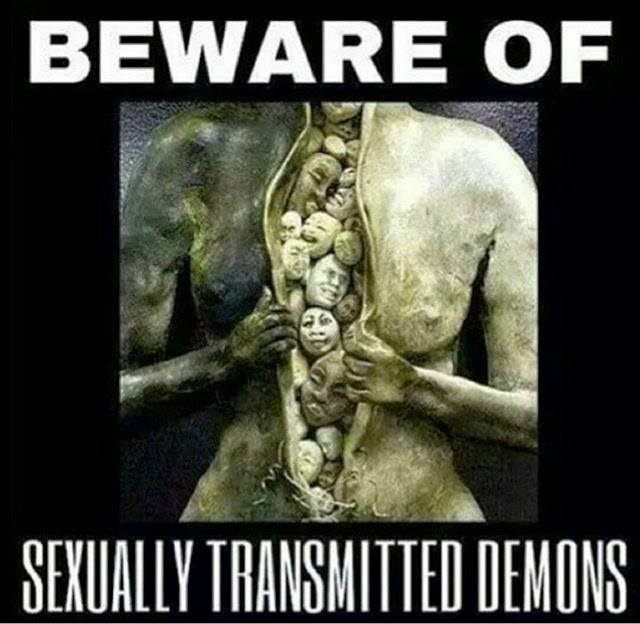 We have to understand that we live in a multidimensional reality with different forms of consciousness that exist just outside of our visible sight, much of these consciousnesses are distorted and reside in 4D, the closest to our dimension. Many of which are parasitic bottom feeders just waiting for an opportunity for you to open yourself up.

As above so below, here in the 3D physical realm, we are surrounded by parasitical governments, corporations, and even so-called friends / family members, the same goes for 4D its just we have little to no awareness about it.

This article is not to scaremonger people into not having sex or being intimate, it is to raise awareness of the RUE power of sex.

As this promiscuous behaviour is pushed onto our kids through music, TV mind control programming, and even subliminal messages in Disney films we need to be fully aware that sex is a lot more than a ‘quick bang’ and there are energetic consequences both good and bad as to who we let into our energy fields in this way.

My vlog below explains more in detail so check it out and feel free to subscribe to my YouTube channel for more information and viewpoints:

By Tony Sayers, Guest writer
Over 56 BILLION Factory Farmed Animals Are Killed Every Year by Humans — I Have A Challenge For You ♥ Previous post
The Statement That "Aliens Are Demons" Is Both True And False — Here Is Why Next post