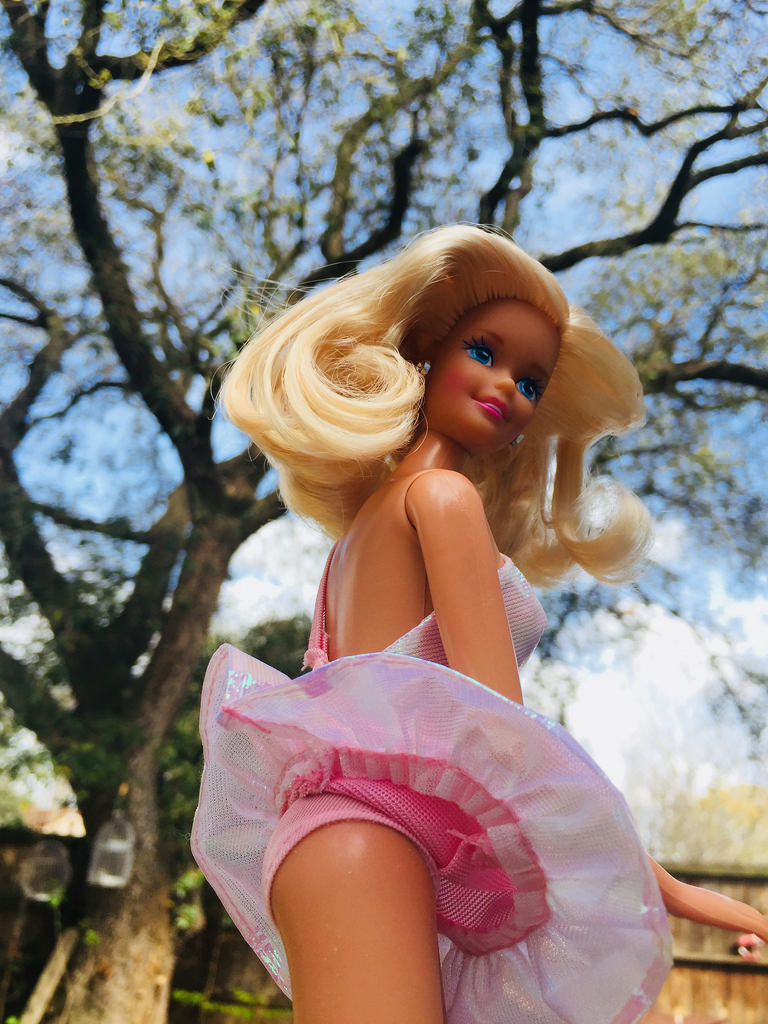 Like everyone else growing up in the 70’s, I was not immune to the messages that bombarded us constantly from television, the media and our culture at large.

Even with the dawn of feminism in the US — and a good amount of opportunity with sports and outdoor time in nature — I still absorbed plenty of questionable information about what it meant to be female.

My favorite toy — Barbie — is a perfect example of how we are subtly, yet profoundly, conditioned by unreal, overly sexualized images. To this day, I still crave the abnormally long legs and thin waist of that doll! And fashion magazines are some of the worst offenders in promoting warped ideals of femininity.

Fortunately, I realized at the age of 17 that the only purpose of those magazines was to damage self-image with their unrealistic portrayal of beauty, and to promote a voracious appetite for shopping — selling us products that help us conform to that skewed ideal of “beautiful”. 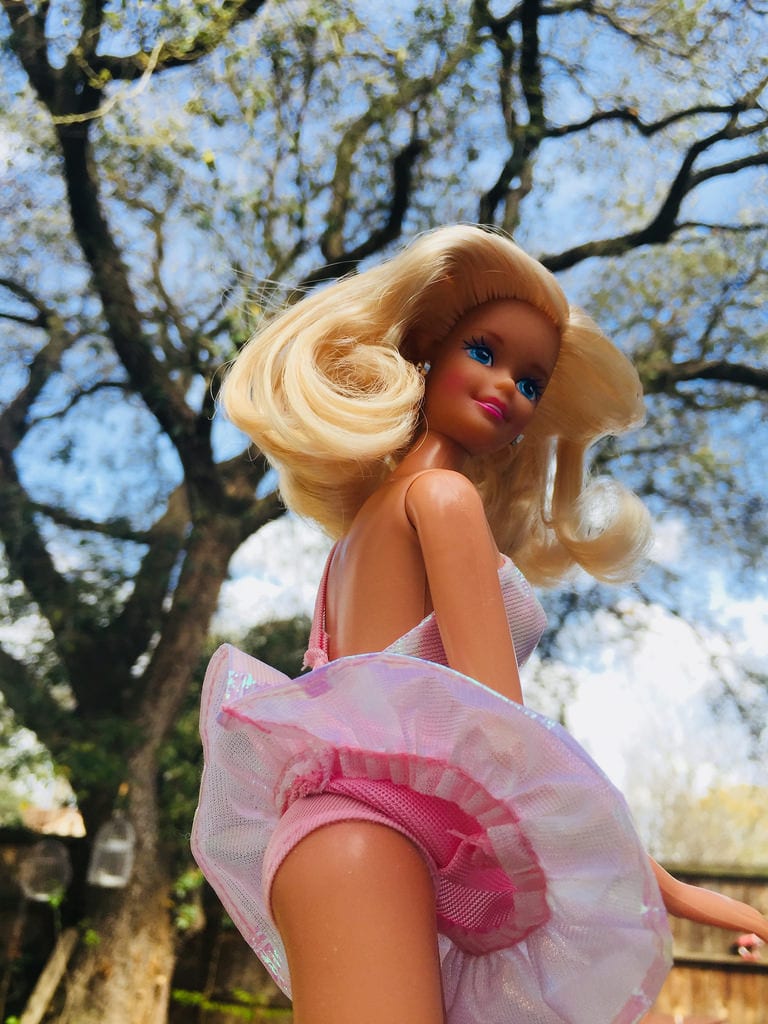 From that day forward, I never purchased another fashion magazine again, and was far happier for it. But kids today (and over the last decade or so) are not as lucky.

While media and advertising has become far more explicit in its use of sexuality, it’s also harder for kids to turn away from the influence of mass media, with 24/7 access to computers, smartphones and social media, and less time in the “real world” (i.e. sports and nature).

Parental choices today are also quite dubious; infants as young as three-months-old are being targeted with hyper-sexualized clothing, and it’s not uncommon to see toddlers sporting racy bikini swimwear, or four-year-olds wearing clothing that look as though it should come with “a complimentary pole and hooker heels.”

Parents who dress their children in these clothes say it’s ‘cute’ and ‘fun’, however, research has found it to be the exact opposite — and extremely damaging.

In reality, early exposure to overtly sexual imagery is grooming children to be sexy and objectified, shredding their self-confidence, and leading them toward a future where teenage pornography is the norm — and where kids are forced to contend with sexual abuse, bullying and harassment from their peers.

In a recent study, researchers discovered that a majority of girls — as young as six-years-old — choose sexily clad dolls as an ideal representation of how they wanted to be, in comparison to stylishly, yet more conservatively, dressed dolls.

Ranging from 6-9 years old, the participants overwhelmingly chose the “sexy” doll most often. Sixty-eight percent of the girls cited the sexy doll was how they wanted to look, and 72 percent stated the sexy doll represented being popular.

“It’s very possible that girls wanted to look like the sexy doll because they believe sexiness leads to popularity, which comes with many social advantages,” explained lead researcher Christy Starr. [source]

The researchers found that girls who were involved in dance or sports had increased body esteem and lower levels of self-sexualization.

Frequency of media consumption alone didn’t determine whether the girls chose the sexy doll, but participants who watched a lot of television and movies, plus had mothers who had self-objectifying tendencies — such as being overly concerned with clothes and appearance — were much more apt to associate the sexy doll as desirable.

Interestingly, girls who had religious mothers and didn’t consume a lot of media were more likely to chose the sexy doll as a roll model. The team believes this might be due to a case of “forbidden fruit”, making the sexy doll more appealing.

In contrast, girls who watched plenty of media, but had mothers that used television and movies as teaching moments about unrealistic ideals and bad behaviors, subsequently had less self-sexualization.

And this distorted body imagery doesn’t just create an internal pressure, it is also reinforced in our kids by their peers. A recent UK survey showed that two-thirds of teenage girls want to undergo cosmetic surgery, not only in order to make them feel better about their own looks, but to stop them being bullied about their looks by others.

This trend, in turn, creates a slew of problems for our kids as they enter into their teenage years; girls today experience high (and increasing) levels of online sexual abuse and harassment, often on school premises, while boys’ perceptions of sex, women and female sexuality become increasingly distorted. Inflaming the situation further is online pornography.

“Online mainstream pornography overwhelmingly centered on acts of violence and degradation toward women, the sexual behaviors exemplified in pornography skew away from intimacy and tenderness and typify patriarchal constructions of masculinity and femininity.” [source]

According to a 2012 study titled “The Impact of Internet Pornography on Adolescents”, consumption of Internet pornography was directly linked with changes in sexual attitudes, including subscribing to male dominance and female submission as the primary sexual structure, where women are viewed as “sexual playthings eager to fulfill male sexual desires.”

The research team found that “adolescents who are exposed to such sexually explicit material were six times more likely to be sexually aggressive than those who were not exposed.”

“The proliferation and globalization of hyper sexualized imagery and pornographic themes makes healthy sexual exploration almost impossible. Sexual conquest and domination are untempered by the bounds of respect, intimacy and authentic human connection. Young people are not learning about intimacy, friendship and love, but about cruelty and humiliation.”

As countless social studies have found, girls today are often pressured for naked images of themselves by male boyfriends and classmates, which are then used as a form of currency, to be swapped with their buddies.

If there’s a bad break up? Those revealing photographs are used to humiliate the girls publicly.

So what’s the solution?

To begin, we need to “stop buying misogynistic whore-wear” for our children. The industry relies on our compliance (and money) to survive. Let’s starve it.

Violent pornography is distorting our reality — and our kids are suffering. We all need to take a stand against it and the sexualization of children. The American Psychological Association offers these tips on how to combat the the problem.

Our Children Are Being Satanically Sexualized by the Pedophile “Elites”

Lastly, Fight the New Drug leaves us with this thought, from the article “Sex Before Kissing: How 15-Year-Old Girls Are Dealing With Porn-Addicted Boys”:

“Our generation is the first to deal with the issue of pornography to this intensity and scale. And, as we’ve seen with today’s society, if we don’t take a stand, the problem is only going to get worse and worse. By being informed and understanding porn’s harmful effects, we can make a much needed change to our perceptions about love, sex, and relationships.”