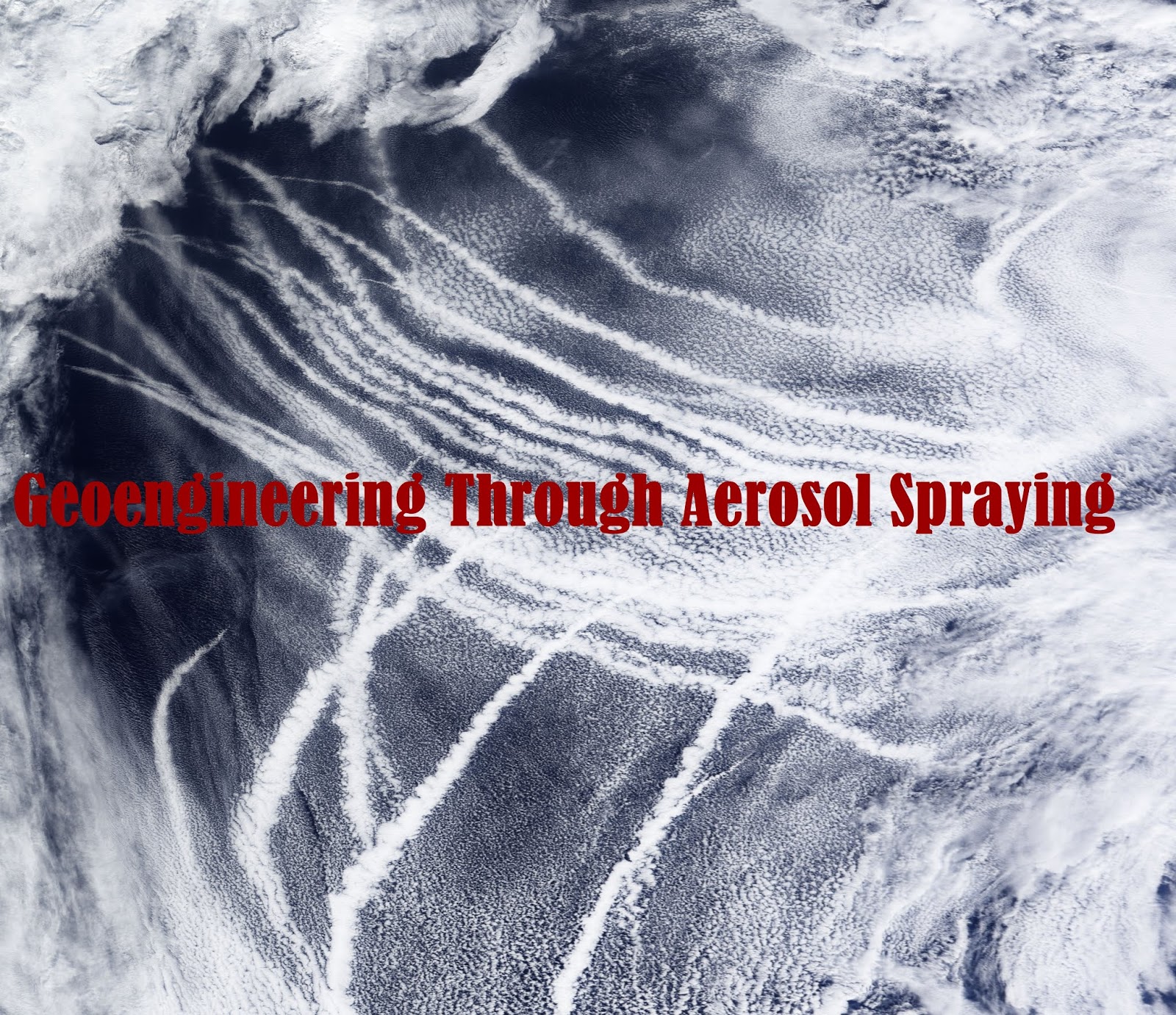 Mainstream media is now normalizing the geoengineering practice of spraying particulates into the atmosphere with airplanes to cool the planet.

The controversial subject of climate engineering or weather modification – which was popularized, and oversimplified with the term “chemtrails” – is stepping from the shadows and into the light of public scrutiny. What was once a conspiracy theory is now the subject of congressional debate and peer-reviewed studies.

This month, a new study published in Environmental Research Letters, normalizes geoengineering and planes spraying particulates into the atmosphere to curb global warming. 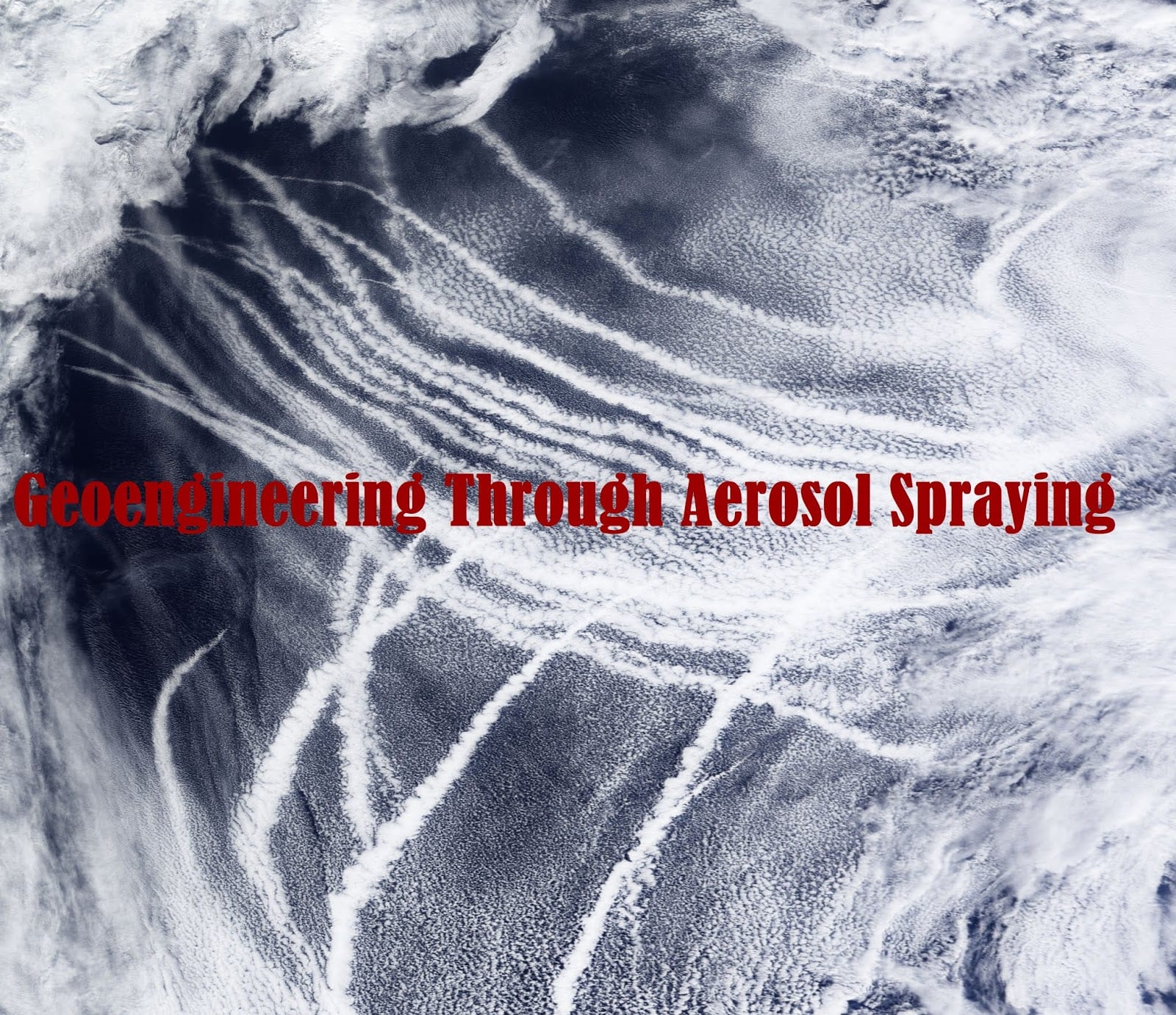 The study recommends that a fleet of 100 planes make 4,000 worldwide missions per year to “save the world from climate change.” The planes would be spraying sulphate particulates into the lower stratosphere — around 60,000 feet up — to shield the earth from the sun to keep down temperatures.

The study is not the subject of conspiracy theory websites and is in fact being reported in the mainstream media. As CBS News reports:

“The researchers examined how practical and costly a hypothetical solar geoengineering project would be beginning 15 years from now. The aim would be to half the temperature increase caused by heat-trapping greenhouse gases.

“This method would mimic what large volcanoes do. In 1991, Mount Pinatubo erupted in the Philippines. It was the second largest eruption of the 20th century, according to the United States Geological Survey (USGS).

“In total, the eruption injected 20 million tons of sulfur dioxide aerosols into the stratosphere. USGS said the Earth’s lower atmosphere temperature dropped by approximately 1-degree Fahrenheit. The effect only lasted a couple of years because the sulfates eventually fell to Earth.

“Although controversial, some think that trying to mimic the impacts of a volcano eruption is a viable way to control global warming. This proposed type of climate geoengineering is called stratospheric aerosol injection (SAI).

“Theoretically if done at scale — and sustained — the impact can be large. The 1-degree temperature drop which accompanied Mount Pinatubo’s eruption is equal to about half of the human-caused warming Earth has experienced since the Industrial Revolution began.”

One of the study’s authors, Dr. Gernot Wagner boasted about the inexpensive nature of spraying chemicals into the air to cool the earth, noting that this geoengineering practice “… would be technically possible strictly from an engineering perspective. It would also be remarkably inexpensive, at an average of around $2 to 2.5 billion per year over the first 15 years.”

Oddly enough, this study echoes the remarks of then-CIA director John Brennan when he addressed the Council on Foreign Relations in 2016, detailing a similar process of spraying chemical particulates in the atmosphere to cool the planet.

At the meeting, John O. Brennan addressed instability and transnational threats to global security at a meeting with the Council on Foreign Relations. During his long-winded talk of threats to US interests and how the largely CIA-created ISIL threat is impacting the world, Brennan brought up the topic of geoengineering.

“Another example is the array of technologies — often referred to collectively as geoengineering — that potentially could help reverse the warming effects of global climate change. One that has gained my personal attention is stratospheric aerosol injection, or SAI, a method of seeding the stratosphere with particles that can help reflect the sun’s heat, in much the same way that volcanic eruptions do.”

“An SAI program could limit global temperature increases, reducing some risks associated with higher temperatures and providing the world economy additional time to transition from fossil fuels. The process is also relatively inexpensive — the National Research Council estimates that a fully deployed SAI program would cost about $10 billion yearly.”

The extent at which Brennan talked about stratospheric aerosol injection shows that he and the CIA have likely been considering this for some time.

“As promising as it may be, moving forward on SAI would raise a number of challenges for our government and for the international community. On the technical side, greenhouse gas emission reductions would still have to accompany SAI to address other climate change effects, such as ocean acidification, because SAI alone would not remove greenhouse gases from the atmosphere.

“On the geopolitical side, the technology’s potential to alter weather patterns and benefit certain regions at the expense of others could trigger sharp opposition by some nations. Others might seize on SAI’s benefits and back away from their commitment to carbon dioxide reductions. And, as with other breakthrough technologies, global norms and standards are lacking to guide the deployment and implementation of SAI.”

“Chemtrails” have long been the talk of conspiracy theories with massive amounts of disinformation being posted all over the internet including fake studies and photos. However, it has been proposed that unintentional geoengineering may already be taking place.

As Derrick Broze points out, researchers with the National Oceanic and Atmospheric Administration (NOAA) are suggesting contrails from airplanes may be inadvertently geoengineering the skies.

At the recent American Geophysical Union Fall Meeting, Long and his team released their paper, “Evidence of Clear-Sky Daylight Whitening: Are we already conducting geoengineering?” The analysis found that vapor from airplanes may be altering the climate through accidental geoengineering.

It may be a very long time before we know what, if anything, is actually going on in our skies. However, when the CIA and the mainstream media begin talking about geoengineering, we should listen.

Please share this story with your friends and family who think it’s only conspiracy nuts who talk about spraying things into the sky.