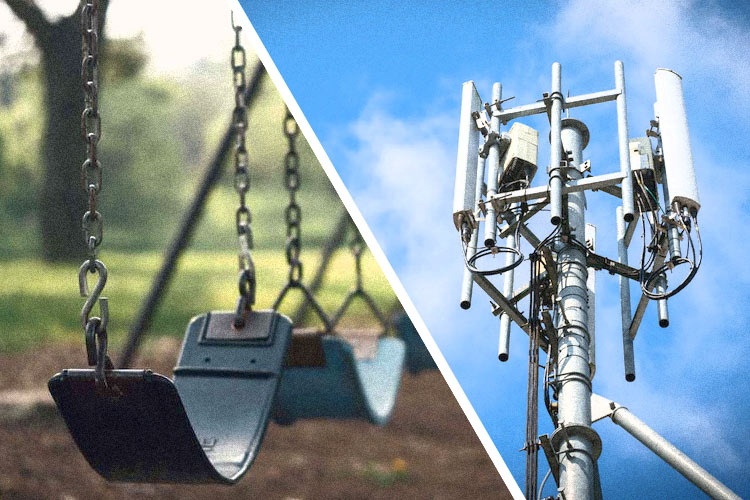 Protest Gets Cell Tower Near Playground Removed in New York

Congratulations to Tarrytown, New York residents, state and local officials for teaming up to demand the removal of a cell tower installed 3 months ago just feet away from a public housing complex’s playground.

Although the 150-foot cell tower is on MTA-owned land, that land abuts Franklin Court, a public housing complex in the village. A Franklin Court playground lies directly on the other side of the boundary fence between the complex and the MTA land.

“There was so much outrage by the folks in town,” Hanover said. “Those (MTA) guys are probably getting triple overtime to take it down.” 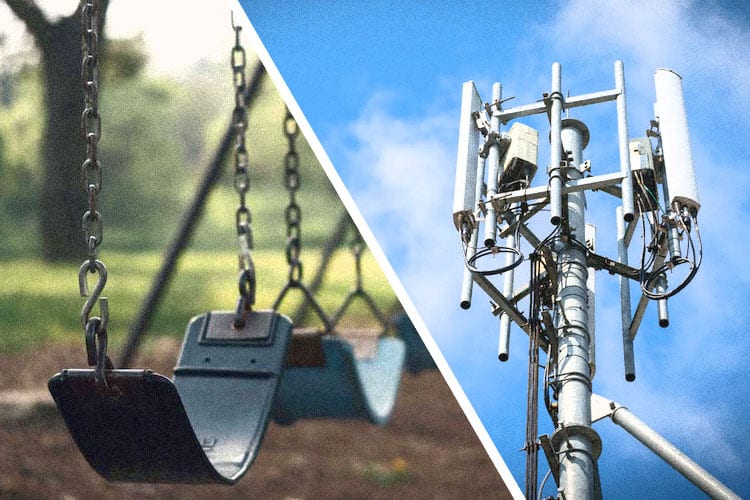 Hanover lives with his wife, Nancy, on Park Avenue, which overlooks the land the cell tower is on. Nancy Hanover said the top of the cell tower is the only thing that can be seen from the couple’s kitchen window.

“It’s head high,” she said. “Nobody lives head high with a cell tower beaming through their head.”


There are actually thousands of studies that have already proven that exposure to cell tower radiation is harmful. It’s also not just about cancer risk. Animals are affected by exposure too.

Important: Scientists And Physicians Send Appeal About 5G Rollout And Health Dangers To The European Union


Since 2004, the International Association of Firefighters (IAFF) has opposed to use of their stations for cell towers and antennas until it can be proven that exposure isn’t harmful. Insurance companies aren’t covering wireless radiation exposure anymore because it’s too risky.

Study Links Early Puberty in Girls to Chemicals in Shampoo, Toothpaste and Soap – Even if Only Used by Mother in Pregnancy Previous post
How Parasitic Entities Invade Our Consciousness And The Collective Grid Next post