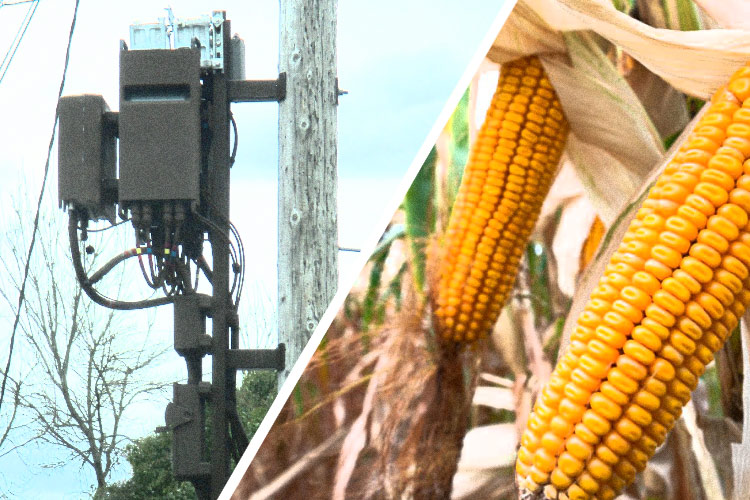 Common to both GMO and 5G, is a continuation of the process of rendering nature – and indeed man – a slave to the insatiable corporate appetite for profit, power and control.

We know that the genetic engineering of the plant and animal kingdom alters their DNA, and does the same to those who regularly ingest GM foods. People, animals, fish, insects and plants that absorb or are cross contaminated by other genetically modified species, are the victims of the recombinant DNA laboratory techniques used in genetic engineering.

It’s not for nothing that the engineered produce that emerges out of this process earned the title ‘Frankenstein Food’. 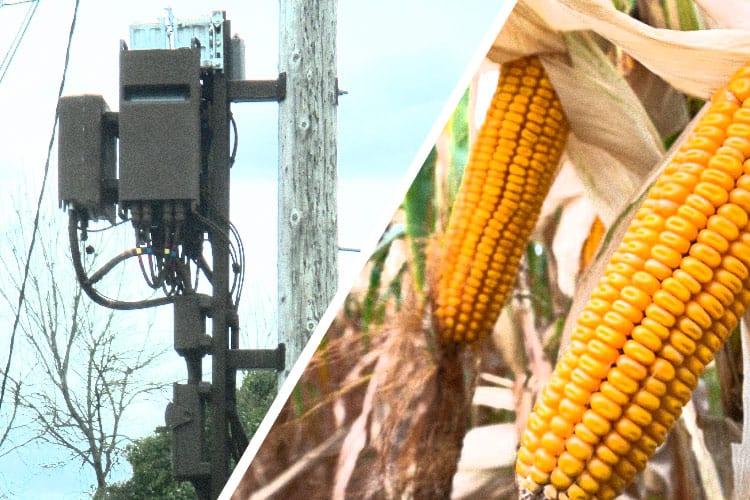 But, as GMO hit the fields, another Frankenstein was in development that was to have its own special set of devastating consequences for life on this planet: Electro Magnetic Frequencies (EMF).

This synthetic form of pulsed electricity started its life as a military/secret service weapon, using microwave frequencies to penetrate buildings and spy on human activities.

We now know that both GMO and EMF come from the same stable and that both are being used as ‘intentional’ weapons of biological destabilization. There is no chance that (EMF) technologies capable of such drastic alteration to the genome responsible for the propagation of life on Earth, were commercialized simply to provide people with convenient pocket-sized wireless communication tools and Flavor Saver tomatoes.

GMO and 5G share the same basic goal: to alter living matter in such a way as to exert 100% control over it.

In the case of GMO, for example, genetically altering the DNA of maize, soya, cotton or a tomato, so they can be sprayed with the toxic herbicide glyphosate (Roundup) – and remain unaffected – while the weeds around them shrivel to the ground and die.

The EMF known as 5G, starts from the same basic premise, but moves from eugenics into genocide. The microwave pulses emitted by EMF already form the foundation of 2G, 3G, 4G telecommunications and of WiFi. Scientists now have irrefutable evidence that these pulses (resonances) denature and distort the cellular composition and DNA of living matter.

5G shortens the resonance spaces into millimeter pulses and raises the output by a factor of at least ten; so that being within their range has been compared to being closed into an activated microwave oven.

WiFi and cell phone tower microwave transmissions are non-targeted, they are delivered as ‘broad spectrum’; just like the agrichemical herbicides that kill every living plant they hit and most soil organisms too. They are blanket attacks on nature and man, and the WiFi is tuned to wavelengths almost identical to the natural vibrational levels received by the human brain.

Thus their operators can exert a direct controlling influence over the thought and behavioral patterns of those in the firing line; and these days, that is all of us. And of course, people are no aware that this is happening to them.

WiFi and electromagnetic microwaves were developed as secretive weapons of war in the 1950’s.

‘Silent weapons for quiet wars’ as their promoters described them, in the course of US military defense programs secretively rolled-out during the cold war period of stand-off between Russia and the USA.

Scientific minds engaged in single pointed deliverance of a weapons system, do not concern themselves with the affect their products have on human animal and ecological life. They accept lucrative contracts which are designed to keep them quiet, while superpower government defense agencies demand ever more ‘effective’ technologies to maintain their domination over world events.

So when you place your cell-phone next to your ear, remember it’s a weapon and not a harmless play-thing.

In mainstream commercial agriculture the same ethos is practiced. Plant breeding R&D is paid for by agribusiness corporations determined to dominate and control, in a global market centered around supplying super and hypermarket chains, animal feed conglomerates and raw material processing units.

Genetic engineering the staple dietary commodities enables a corporation to patent  – and therefore ‘own’ – the plant genome. In this way, the corporate body exerts a despotic power over planetary diversity, reducing the soils of fields in which their crops are sown, to a sterile waste land, in which just one patented crop stands – while everything around it is poisoned to death. This is called ‘ecocide’.

Thus we can add ecocide to eugenics in defining the practice of corporate agriculture under the auspices of such names as Monsanto, Bayer and Cargill. And indeed, research the background of corporations at the forefront of global agribusiness and you will find many have military origins and war related agendas. The war on nature is at least as drastic to the future of the planet as is the war on mankind.

GM foods and all monoculturally raised mass produced supermarket foods, are treated by agrichemical pesticides known for their toxic biological impacts; including malignant neuro-degenerative, reproductive, carcinogenic, respiratory and metabolic disorders in humans. And if that wasn’t bad enough they also, as I mentioned earlier, sterilize the soil of living matter, rendering it largely lifeless.

WiFi does its life diminishing sterilization from above. During the coming two years (2019/2020) the proposed 5G roll-out is to include the launching of 20,000 satellites whose multi targeting antennae – known as ‘phased arrays’ – will steadily irradiate (industry states: ‘will provide lag free internet’)  ‘every square inch of the planet’, with electromagnetic microwaves beamed from the edge of space.

Common to both GMO and 5G, is a continuation of the process of rendering nature – and indeed man – a slave to the insatiable corporate appetite for profit, power and control. Both GMO and EMF are tools for rendering the planet inhospitable to humanity and devoid of natural diversity of flora and fauna, essential for the health and welfare of us all. Ultimately rendering this planet as a place only suited to those who feel no empathy, no compassion and no sense of belonging.

For, let us be clear, this is the actual psychological state of mind of those who are attempting to block humanity from developing its creative essence and spiritual aspirations. Block these unique gifts, so as to put in place a robotic substitute entirely devoid of free will and emotion. The cyborg.

We need to recognize that inhuman minds are behind inhuman technologies. Just think of the tens of thousands who have suffered a cruel fate under the commercial villainy of Monsanto over the past decades. With its asbestos, agent orange and aspartame  – well before toxic GM soy beans ever saw the light of day.

The proposed 20,000 5G satellite global microwaving exercise, which threatens all life on Earth, goes even further. It is a display of cold, calculating megalomania on the part of its ‘Star Link’ backers. It displays, in many respects, ambitions that are a mirror image of the corporate GMO gene splicer’s stated intention of dominating planetary agriculture.

But 5G WiFi exponents have their eyes on controlling the input and output of  ‘the internet of things’ – thereby designing and controlling the matrix of daily life. Google, Facebook and other social media operatives are at work on this agenda as I write.


Until now, many have fought-shy of recognizing the dark-side agenda that underpins such operations. But the time is soon coming when a critical mass of individuals will realize that the sinister manipulation of planet Earth and its inhabitants, by a tiny ascendant corporate cabal, would never have been possible without the unspoken complicity of around 95% of humanity. And if you and I look carefully, we will find our own contribution in there too. 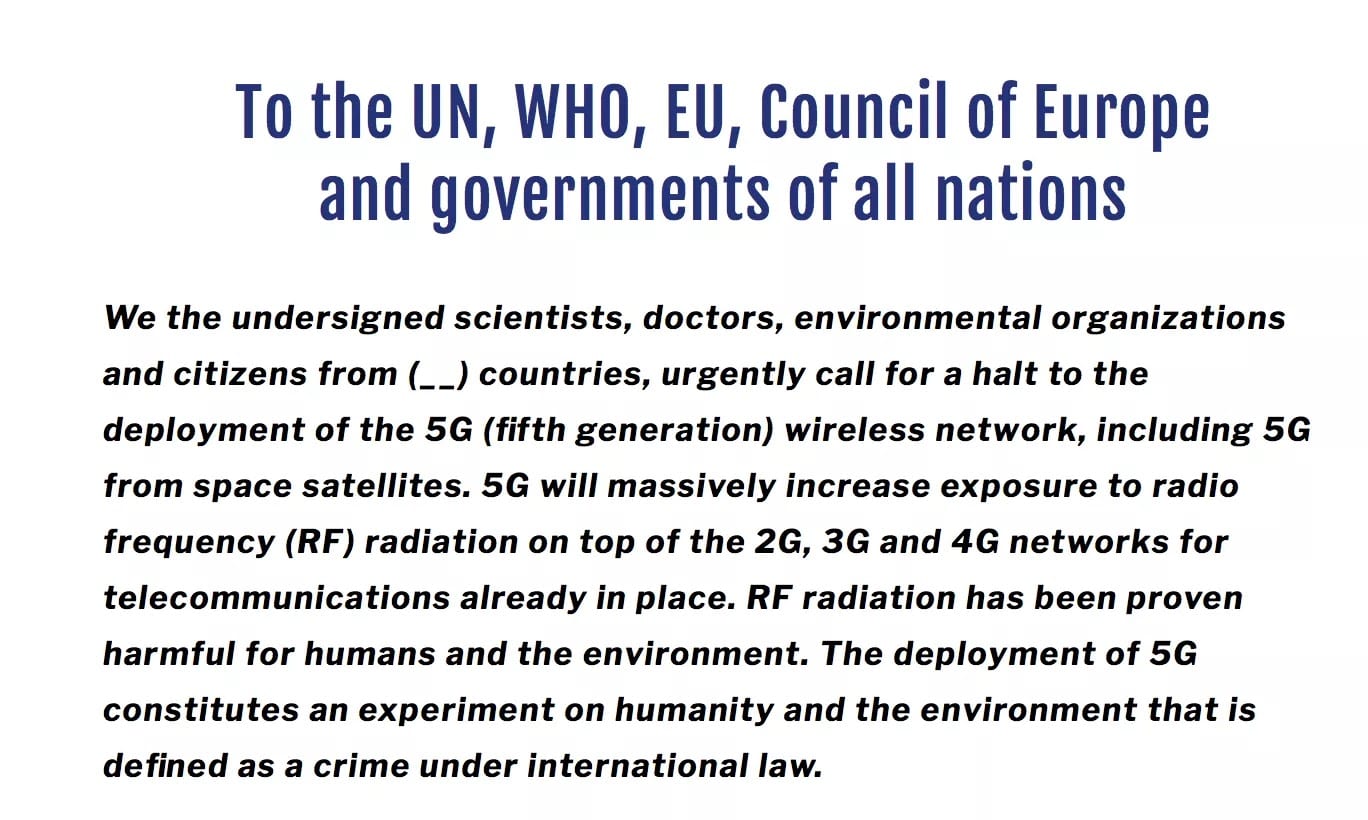 None of us are outside ‘the system’. But more and more of us are at least waking-up to an admission of our duplicity/hypocrisy; and that is a crucial step in the process of liberation.

The next step is to act on one’s new found knowledge. Decisively. To become aware – and not to act on this awareness – is a betrayal of the unique gift each of us inherited at birth. It is like consigning one’s life to a prison camp. Don’t do it.

From this day forth, get on the front foot ‘in defense of life’ – and never look back! 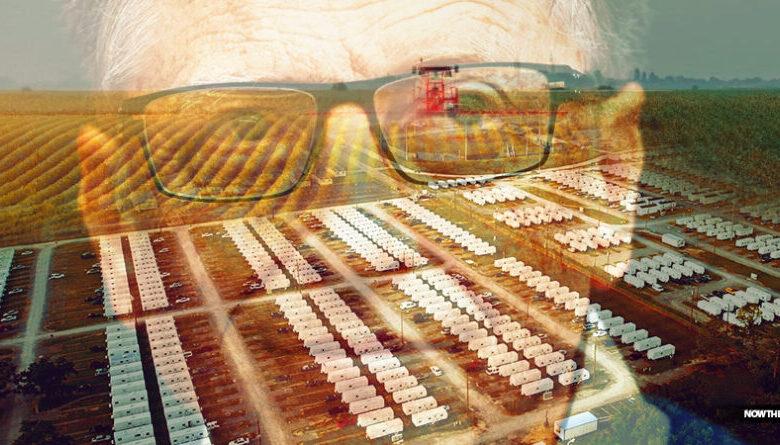