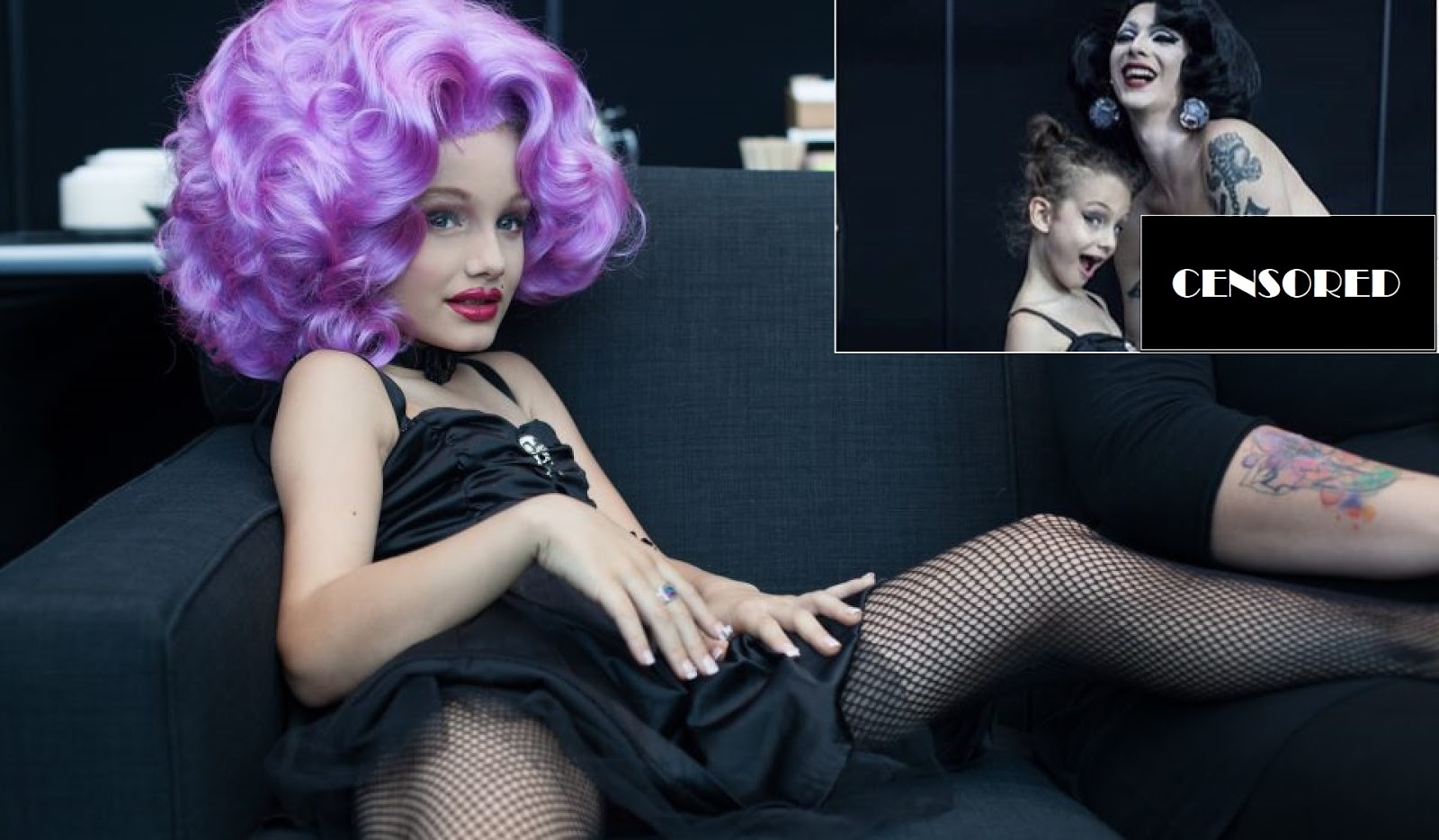 A photo showing a 10-year-old Canadian drag queen posing next to a half-naked adult performer sparked outrage online. But the boy’s mother thinks it’s all OK and the child is not overtly sexualized.

The world of drag queens – male performers taking on exaggeratedly female personas and taking to the stage – may seem like an inappropriate place for minors. After all, sexuality plays a major part in a drag performance, and the common wisdom is that sexualizing young children for entertainment is a taboo.

Yet there are child drag queens. One of them – Nemis Quinn Mélançon-Golden – received some unwanted attention online after a photo of him posing in a black dress and fishnet tights next to an adult drag queen was posted online. 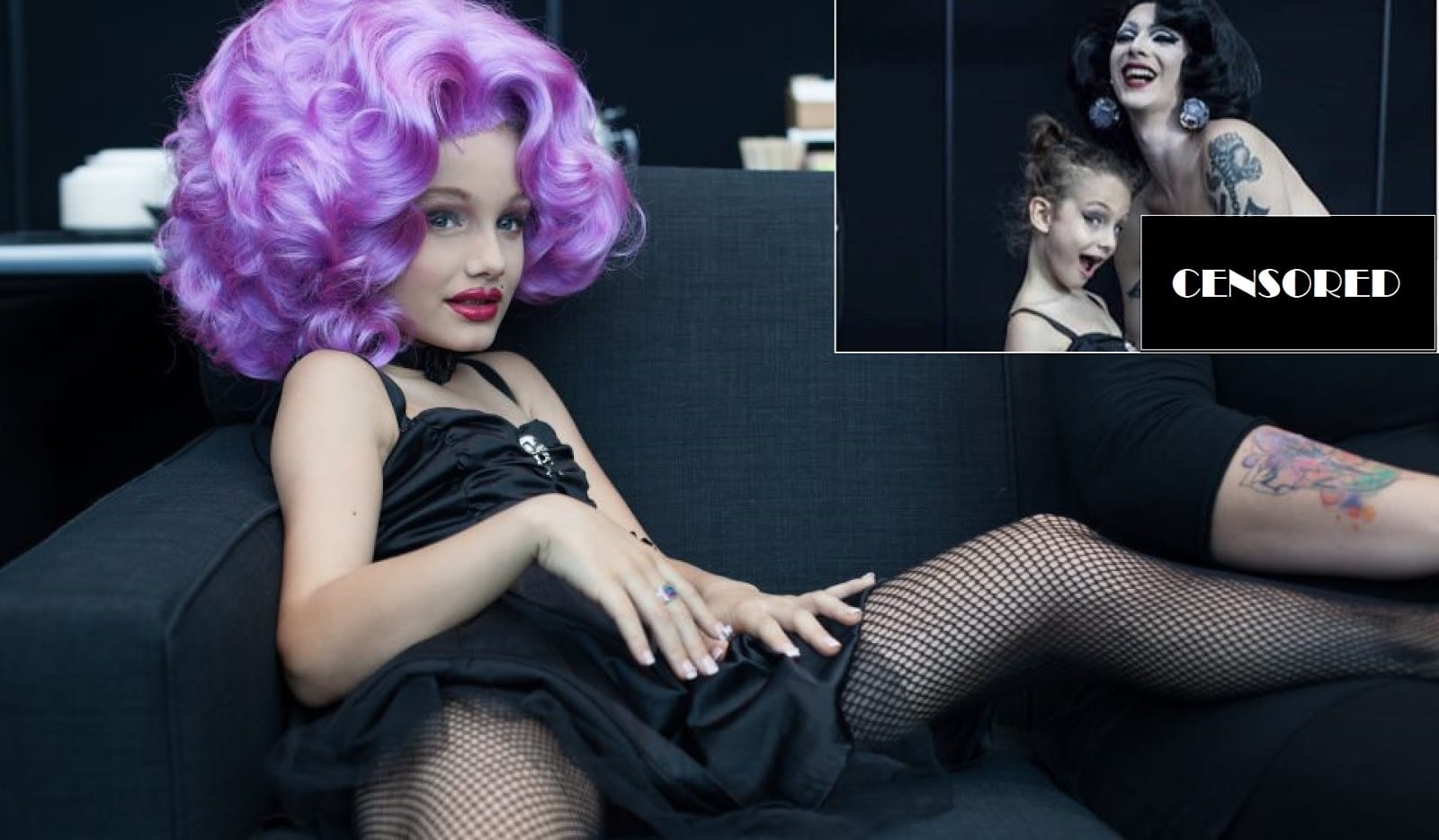 The adult co-star, best known by the stage name Violet Chachki, wears stilettos and a patch of fabric to cover the genitals, and that’s it. And, as expected, some people on social media were outraged by the image.

The picture was taken by photographer and writer Jonathan Turton while working on an article for the London-based magazine Huck, which writes about different subcultures. It didn’t make it into the final story, but there are other photos.

The cover picture shows Mélançon-Golden, who goes by the stage name Queen Lactatia, wearing the same outfit and a pink wig with his legs spread wide and sitting on a sofa next to his mother.

Apparently people outraged by Turton’s work complained to Instagram about the photo, which was then taken down. The photographer responded by acknowledging that “that the particular photo… was distasteful for many” but stood by the article he wrote for Huck.

“He’s one of the most creative, curious, magical kids.”https://t.co/tfypkO7jAO

“It was a balanced piece about the subject, which ironically probed the issue of sexualizing children. I’d urge anyone to actually read the article before passing judgement,” he wrote.

Days later he deleted his accounts on social media, which were apparently flooded with threats and expressions of outrage.


In the article, Mélançon-Golden’s mother Jessica indeed speaks about the apparent sexualization of her son in drag performances. But she denies doing anything inappropriate.

“Drag is an adult arena and that’s where people question our judgement. So we have to censor things. He knows there are adult aspects of drag that he’s not allowed to apply to his show,” she said.

“We would never try to overtly sexualise our child. But if he wears something that makes him feel beautiful, what right do I have to stop him wearing that dress because it might cause people to think things they shouldn’t be thinking? It’s a circular problem.”

The article mentions conservative speaker Ben Shapiro, who is described as an “alt-right mouthpiece and fierce critic of child drag queens”, who criticized the mother of another child drag queen for exploiting him “for attention.”

The “child drag debate” is an example of “the widening gap between Liberals and Conservatives in North America and beyond” in the age of Donald Trump, Turton believes.


RT spoke to Oren Amitay, a psychologist and lecturer at the Ryerson University, who believes a person doesn’t have to be an alt-right mouthpiece to be dubious about child drag queens, child beauty contests and other subcultures that bring children into what is normally considered adult occupations.

“I have taught human sexuality almost 20 years,” he said. “My mother opened up Canada’s first sex store. So I am not prudish. I am as liberal and open-minded as you get.”

Saying that the drag stage is not about the sexuality of the performers is simply not true, and pretending that a child would be an exception is dishonest, Amitay believes.

“Anyone who knows the history of drag queens knows that there is a sexual component. Is it the only component? No. But it’s a large part of it.

“People are not going [to watch drag queens] for their personality, they are not going there because they think they are intelligent or charming, although charm may be part of the persona. They are going there for this other part of it.”

Amitay stressed that he would not pass a judgement on this particular case, but there is a record of professional performers finding it hard to maintain personality without seeking attention from large audiences. A child drag queen may be put at higher risk of developing such problems, he believes.