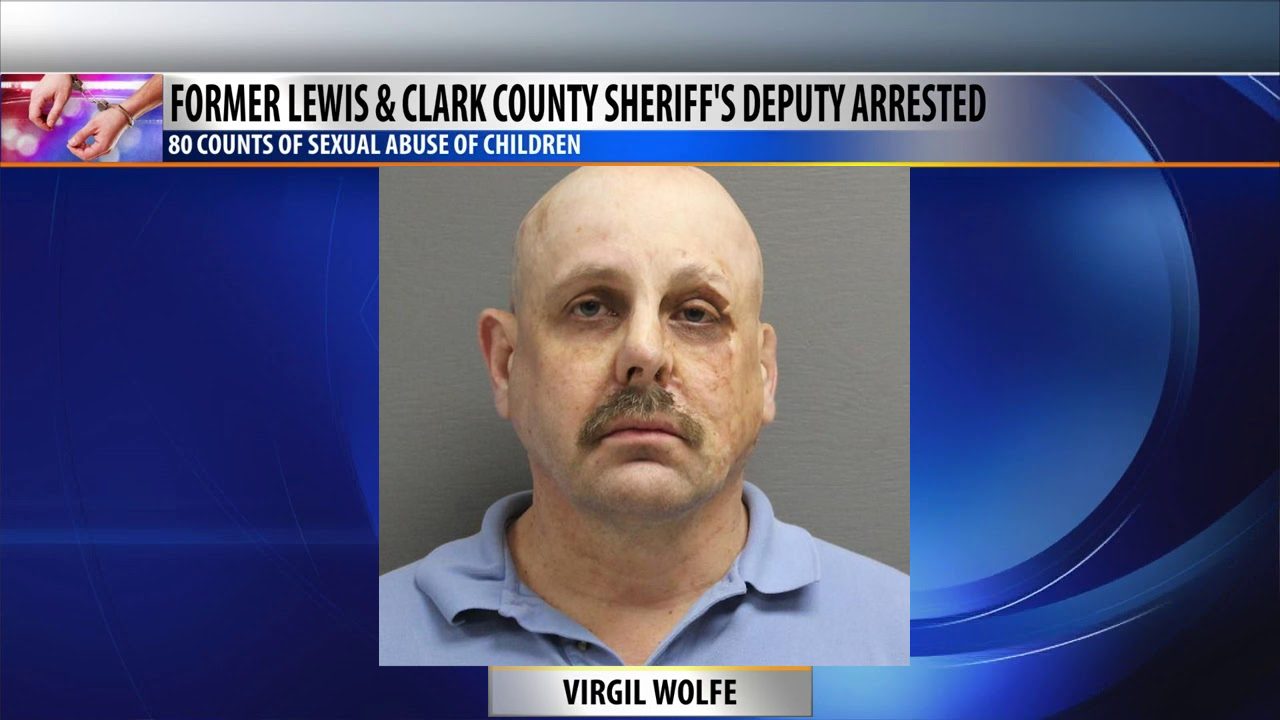 A serial pedophile and former sheriff’s deputy was arrested this month after authorities discovered more than a decade of horrific child sexual abuse.

Cascade County, MT — Sexual misconduct among police officers is an unfortunately common crime. Multiple studies have shown that hundreds of cops a year are arrested or accused of sexual misconduct.

In fact, the second largest complaint against officers — second only to excessive force — is that of sexual abuse. More startling is the fact that over half of the sexual abuse instances involve children. 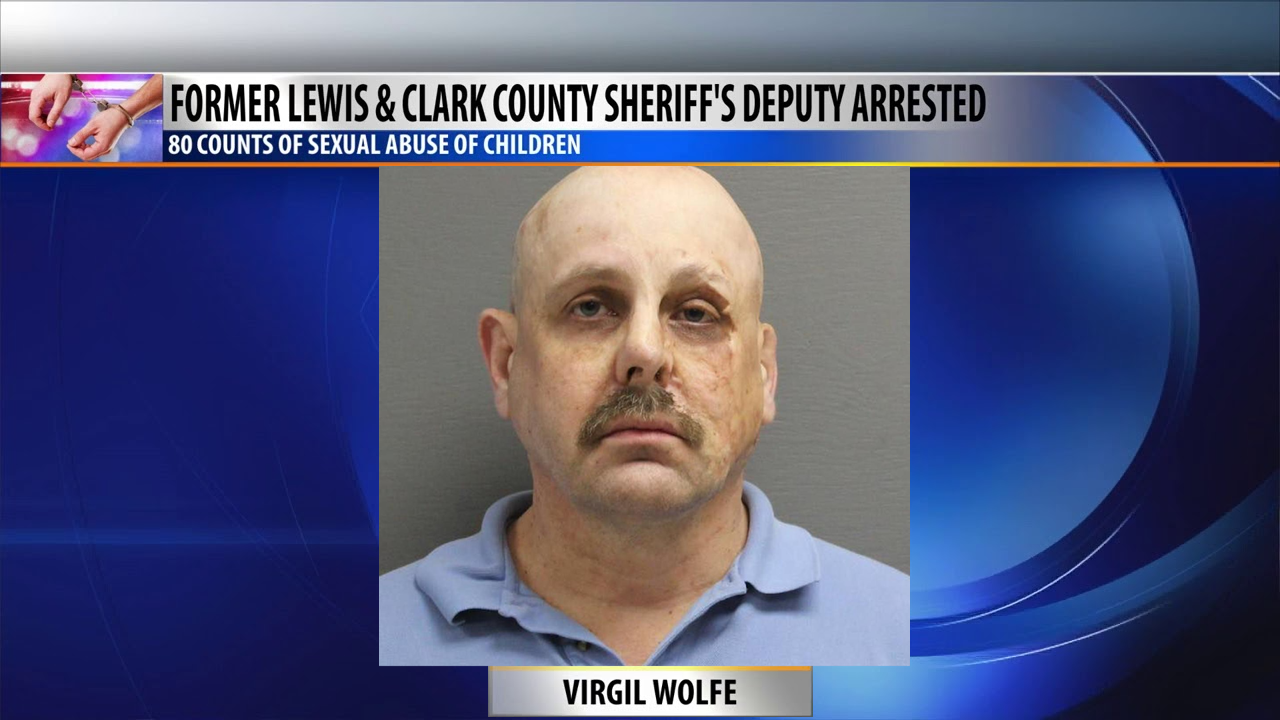 One particularly horrific example of this abuse is made by former Clark County Sheriff’s Deputy Virgil Wolfe who was arrested this month on dozens of charges of child sex abuse.

The Cascade County Sheriff’s Office posted Wolfe’s mugshot on their Facebook page last week, noting that Wolfe had been charged with one count of incest and 80 counts of Sexual Abuse of Children.

The sheriff’s office noted that the arrest involved its own deputies along with several agents from the Department of Homeland Security.

The details of the abuse are utterly disturbing and paint a picture of a longtime child predator and serial pedophile who wore a badge and a gun.

The investigation into Wolfe was launched in June of 2017 after a 17-year-old girl came forward alleging Wolfe had been abusing her since she was only 6-years-old. The girl explained that Wolfe started off exposing himself to her and then eventually moving to more frightening acts.

As the Great Falls Tribune reports:

The girl also alleged that Wolfe took nude photos of her, using his hobby of pastel painting as justification and uploading the photos to his personal computer.

In a police interview, the alleged victim’s mother said she knew that Wolfe had photographed her daughters either in panties and a tank top or topless to “get their contours so he could draw them,” the affidavit said.

The woman’s other two daughters were questioned and denied any abuse by Wolfe, although images of them in a state of undress were found by police.

Whether or not the mother of these girls is facing charges for allowing Wolfe to photograph her daughters naked is unclear.

However, any parent that would knowingly allow this to happen to their own child definitely deserves to be held accountable.

Police also found a diary kept by the girl in which she detailed the horrific abuse she received from Wolfe.

A report from the Department of Homeland Security on the examination of Wolfe’s computers and memory cards identified more than 1,000 images and thumbnails depicting children in various stages of undress and three videos of the alleged victim posing without her clothes on, reports the Great Falls Tribune.

The report doesn’t mention other victims, but as TFTP has reported in the past, studies show that the average number of victims of non-incestuous pedophiles who molest girls is 20, for pedophiles who prefer boys the number jumps to 100. An average serial child molester may have as many as 400 victims in his lifetime.

Wolfe was arrested last Thursday and is currently free on a $100,000 bond.

As TFTP has reported, a study exposed the startling fact that police officers are arrested about 1,100 times a year, or roughly three officers charged every day. Many of these arrests are over unspeakable sex crimes.

“Police crimes are not uncommon,” the study’s lead researcher Philip M. Stinson concluded. “Our data directly contradicts some of the prevailing assumptions and the proposition that only a small group of rotten apples perpetrate the vast majority of police crime.”

Although nearly 60 percent of the crimes “occurred when the officer was technically off-duty,” Stinson wrote, “a significant portion of these so-called off-duty crimes also lies within the context of police work and the perpetrator’s role as a police officer, including instances where off-duty officers flash a badge, an official weapon, or otherwise use their power, authority, and the respect afforded to them as a means to commit crime.”

According to a report from WaPo, in cases involving allegations of sexual abuse, 72 percent of the officers were fired, and more than 80 percent resulted in convictions, the study found.

There were 422 reported cases of forcible and statutory rape, 352 cases of forcible fondling and 94 sodomy cases over the seven years of the study, which Stinson called “larger than expected based on the existing research.”

The data search turned up 174 examples of male officers arrested in cases of “Driving While Female,” in which women drivers were harassed or assaulted. About 82 percent of those cases ended in convictions.

A separate study as reported by the AP in 2015 found similarly shocking numbers.

The probe revealed that 550 officers were decertified for various sexual assaults, including rape. Some were dismissed for sodomy or sexual shakedowns, where victims were forced to perform sexual acts to avoid arrest.

A further 440 officers lost their jobs for other sex-related offenses, such as possessing child pornography, being a peeping Tom, sending sexually charged messages to underage teens or having sex while on duty.

About one-third of the officers lost their jobs for committing sexual offenses against children. Even more shocking is the fact that every one of these studies indicates that most of the cases go unreported because the victims are scared to report the officers to their own departments.