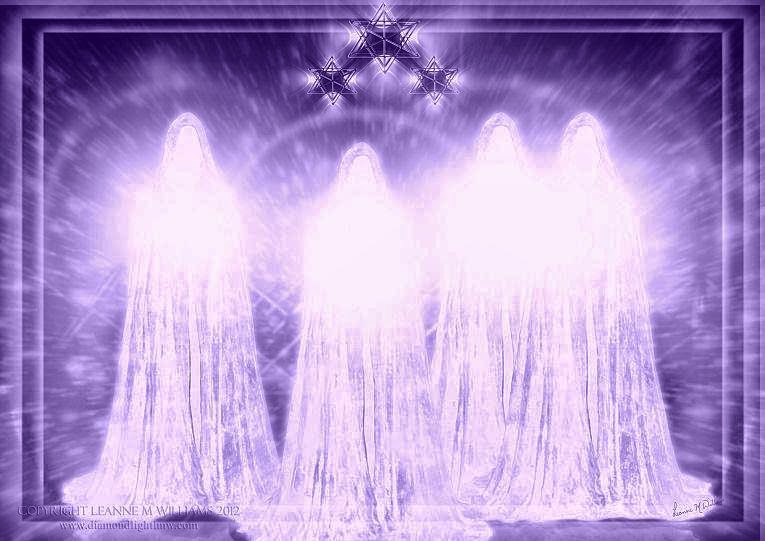 I still find it somewhat amusing that we’re waiting for “Disclosure” — that some report or particular evidence would hit the mainstream to convince us of what we already know. Ever felt like you didn’t belong here or didn’t fully fit in? Or that somehow your home was somewhere else?

In the work that we do here at Openhand travelling the world connecting with evolving people, I can tell you it’s a very common story. There are countless ET Star Souls and groups ALREADY on and around the earth, either incarnated or else influencing the show through the ether. 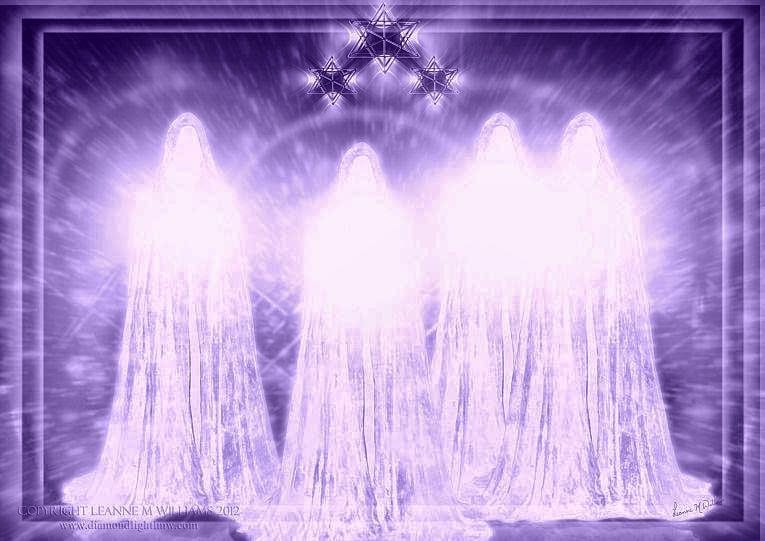 I should begin by saying what I’m sharing is from direct first hand experience. That said, our experience of reality is subject to our own relativistic perspective, the accuracy of which depends on the degree to which we’ve focussed our lens.

What’s essential therefore, is that you evolve your own perspective, and so take only that which resonates, but do maintain an open mind and heart so that your truth may continually evolve.

The circumstances are complex, so please excuse me if I abbreviate the diversity of the situation (I’ve given greater insight in my book DIVINICUS, rise of the divine human). Essentially the Earth has suffered a alien intervention that goes back millions of years, where DNA from the constellation Draco found its way here via panspermia (travelling on meteorites).

This was the first intervention, which led to the rise of the Reptilian souls on earth. But they were not the only ones travelling here to exploit the richness of resources and genetics.

“The Annunaki, with Greys from Orion in tow, travelled here too, much later, and then eventually formed an alliance with the Reptilians to exploit the earth, resulting in the engineering of modern day Homo Sapiens DNA, way back during the times of Atlantis around 250,000 years ago. The evidence is clear, from the sudden explosion of the human genetic code to the chromosome count (the mysterious contraction from 48 chromosomes in hominids to the 46 in humanity, engineered to create speciation).

“Also consider some of the megaliths around the world, such as the great pyramids, which could only have been constructed from advanced technology. For me though, the most compelling evidence is that from past-life-regression therapy that I’ve been involved with, where countless people are now recounting experiencies of the Intervention and life times in other constellations, such as the Pleiadies, Andromeda and Arcturus.”

Indeed it was known that the Intervention would try to engineer the Earth’s environment and life here so as to exploit it. Alien souls have disconnected from the usual cycle of reincarnation within the greater toroidal flow of the Universe in an attempt to control it. Why so?

Whilst miraculous in its multiplicity of spectacular form, the Universe can also be tremendously calamatous, as the light seeks to break through into all the darkened recesses. Entire star systems come and go within the blink of an eye.

Take Sirius for example. There are plenty among us who recall being disapatched there to support the civilisation as the star system destabilised some 120 million years ago in its White Dwarf Ascension.

The resultant shift was sudden and catastrophic — the civilsation being literally torn apart and souls ejected into space. It’s taken all this time to connect with, and reclaim, many of the lost souls, who’ve now incarnated here on earth to continue their journey.

“The Annunaki were the ruling elite across the Sirius constellation, originating from the planet Nibiru orbiting around Sirius C. As their home was obliterated they felt “abandoned by God” (their expression shared with me in past life regression journeying), and then sought to apply their tremendous knowledge of energy manipulation (free energy for example) to reconstruct their home civilisation, but now here on Earth.

“Hence the dramatic changes to the earth’s natural environment. So this group, the Annunaki with the Orion Greys together allied with the Reptilians on earth, are essentially disconnected from the usual cycle of reincarnation, and now acting from different vibrations beyond the visible — they have been in the ether all around us influencing and controlling the energetic environment in which we live.

“They do this through thought implantation, emotional manipulation, energy implants and genetic modification — essentially addicting human souls to the system in which we live; that which disconnects from the usual cycle of reincarnation. Their purpose is to create a synthetic reality here commensurate with their needs. Which has been largely achieved.”

The complexity of their agenda is morphing and shifting all the time. From Geoengineering, GMO, Transhumanism and the integration of AI, the system is constantly reshaping but with the same general agenda of exploiting human gentics so as to recreate the civilisation they lost. Even the space program (both overt and covert) is intended to propogate their purpose throughout the solar system.

“We might also ask why is it that the vast majority don’t feel this influence? In actual fact they do — the disconnect from the natural flow, the obsessive addiction to consumption, the disregard for the wellbeing of all sentient life.

“These are frequencies of alien consciousness here that feed into the psyche. It’s only when you truly follow the path of the soul through the deep inner inquiry, that you start to separate out the Intervention Agenda from the natural flow of your own soul and it’s loving interconnection with the whole of life.”

The Benevolent Mission on Earth

It was known that this Intervention would likely sweep across the earth. Benevolent souls from many constellations have seen it happen elsewhere time and again.

The Benevolent mission here has been to support the emergent human consciousness and encourage the Original Humans to find their authenticity and deeper connection to the natural flow of the Universe. And so benevolence supported the emergence of Original Humans around 6-1 million years ago, before the Intervention from Nibiru and Orion.

“The collective human soul was ready for separation into individualised souls. And so by gentle encouragement through the field, during the Lemurian epoch, Pleiadian DNA frequencies were resonated to support this emergence. It’s why the human genome consists of 223 genes that appear nowhere else on Earth’s tree of life.

“The Pleiadians were tasked to support the emergence of Original Humans from the surrounding field, but also through direct incarnation — hence there are plenty of Pleiadian souls naturally incarnated in human form here and now. Plenty still recall their vibrational connection to the Pleiadies star system. For others, they simply know it as a subtle vibration of unconditional love, joy and an innocence with life.”

The general idea was to encourage a custodian of the earth, one whose emergence might help eventually realign the intervening souls by expressing frequencies of compassion, unconditional love, trust in the divine and respect for all sentient life.

It was always going to be a tough mission, but so is the challenge where wayward souls have gotten lost within the density of life. Nevertheless, no matter how long it takes, the light always finds a way.

The Complex Dynamic of ET souls on Earth right now

What we have now, is a very complex dynamic of ET souls on and around the earth. In summary there exists these types of configurations:

5) Realigning Reptilian, Annunaki, Orion and Sirian souls, incarnated in human form, who’ve been lost in the intervention, disconnected from the usual cycle of reincarnation, but are now reconnecting

6) Reptilian, Annunaki, Orion and Sirian souls still disconnected and acting through the ether around the Earth who are still manipulating society

7) A wide diversity of other minority soul groups from further afield in the cosmos, come to explore this complex shift of the Earth back to the light.

Clearly it’s a very complex situation. Even the star souls here will have travelled through different constellations and so have different ‘homes’ in the Universe.

The field around us is teeming with groups working to resonate Star Soul frequencies that can come alive in people to remind them of who they truly are in terms of their soul resonance. Hence the great value of meditation to expand out into the field and pick up these resonant frequencies that make you feel more whole, complete and aligned.

“Even if you don’t know your own star soul origins, it matters not, just feeling the frequencies that bring you alive, simply feel ‘right’ and connect you to that sense of ‘home’ is really all that’s required to support your journey and purpose here. The emergence of these aligned star soul frequencies is greatly helping unravel the Intervention.”

What benevolence is working to do now, is to support the realignment of the various groups either into the New Paradigm in higher vibrations on Earth, or else back to constellations that are more commensurate with their vibration. This is being initiated through a comprehensive Earth Shift into the middle realm of the 5D/ 6D/ 7D.

It will strip off the old karmic construct in the 4D to restore purity of vibration and rejuvenate Earth’s natural eco-systems. It will be populated by an evolved form of Original Humans (what I’m given to call the divine being DIVINCUS), but with a wide and diverse blend of incarnated star souls too – those that can hold the vibration of love, trust, compassion and respect for all sentient life.

Thus over millions of years the Earth will be rejuvenated and restored.

So we’re engaged in a complex realignment of the Earth’s frequencies here, which will strip off the old reality by a breakdown of the 3D biosphere (through abrupt climate change and the pole shift). Souls that are not ready for the New Paradigm in the higher vibrations will be relocated elsewhere to realities more commensurate with their vibration and journey.

Ultimately, it’s about bringing ALL souls back into the natural cycle of reincarnation, where we are interconnected and all working towards a natural flow within the Universal Torus of life.

“It’s Alignment with the Torus that restores harmony and brings light throughout the Universe. To be clear, we’re not polarising or demonising those that have become wayward and exploited others, for that only ever perpetuates division. Yes, it’s been a convoluted past, in which many have suffered. And yet each of us is playing out the greater macrocosym of light working its way through all the grey areas in the vast cosmos.”

Although at times intensely challenging, personally I’m greatly heartened by humanity’s growing ability to accept diversity of form and expression.

We are are each unqiue, with widely diverse backgrounds from across the cosmos, yet all united by the collective invitation to cocreate a way of living and existing here that respects all sentient life and honours their individuality.

In these turbulent times, such is the tremendous opportunity for the forging of the soul that exists for us here. It’s a message contained within Openhand’s Paradigm Shift Documentary, “we’ll fill the sky with love!”…


If you resonate with my sharing, consider getting involved with the Openhand Work.

UN Peacekeeper Discovers Sex Trafficking Inside the UN With Ties to the U.S. State Department Previous post
Why Heart Disease is the Leading Cause of Death – and How to Avoid It Next post