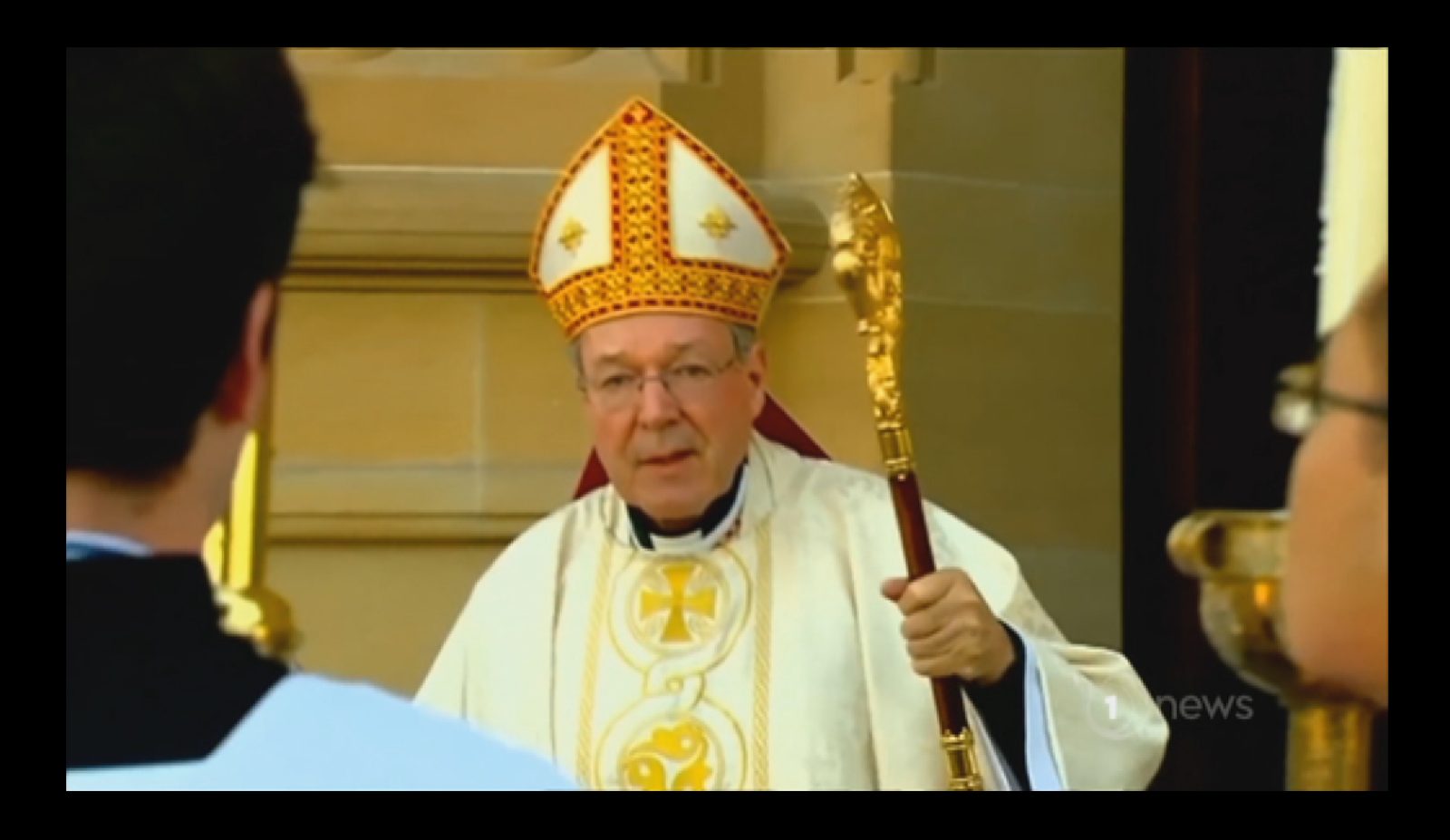 The Highest-Ranking Vatican Official Ever Convicted of Child Sexual Abuse

How many more high ranking people from within the Vatican have to come forward for this type of activity to stop? It’s not just the Vatican, but this issue bleeds down from the top.

For example, here’s the story about a recent case that re-opened in Florida concerning billionaire Jeffrey Epstein and his friend Prince Andrew of the Royal Family.

Hillary Clinton has been associated with crimes against children, and has been called out also for her (and Bill’s) connection to Epstein, in order to “engage in sex with minors.” You can read more about that here. 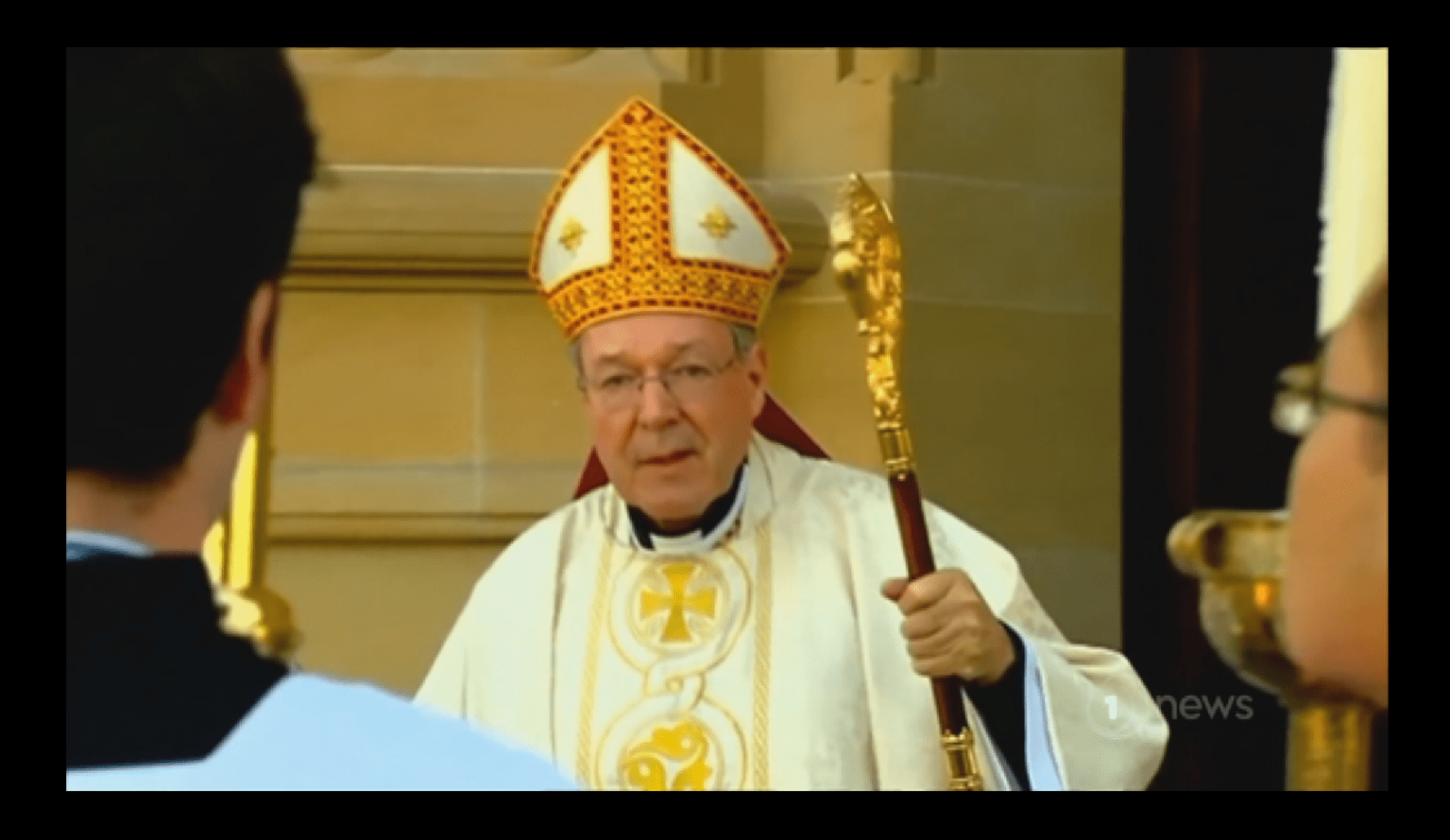 When it comes to the Vatican, the most recent example is Cardinal George Pell.

Pell was just convicted on five counts of child sexual abuse. He has now become the most senior official ever to be found guilty, serving as an advisor to Pope Benedict, as well as Pope Francis. He’s one of the Vatican’s most powerful officials.

After Pell was found guilty, the judge ordered all Australian media outlets to desist from reporting the news about it. This is another classic example of media censorship, as they wanted to stem awareness of the fact that Pell was actually found guilty.

Apparently, Australian courts do impose these types of orders to ‘hide’ defendants from negative publicity that could prejudice future jurors in other trials. This may be true, but it seems odd given the fact that there was widespread media coverage leading up to the trial, so why not a peep about the results?

Despite the court’s efforts, the power of the internet is just too strong and this story has spread all over the globe. The internet is one reason why things are changing so rapidly, and more people are becoming aware of things they weren’t privy to in the past.

News Media outside of Australia also complied with the gag order, supposedly out of concern that their Australian companies could be subjected to contempt of court penalties. This should come as no surprise: global mainstream media is owned by the same small group of people who seem to be in a panic over the popularity of independent/alternative media.

The New York times is a perfect example. They made no mention of Pell’s conviction, and they were an outlet that gave a large amount of coverage regarding the allegations against him. Perhaps mainstream media outlets only wanted to share the results if he was found “not-guilty”?

The Times’ most recent story on the matter, as reported by the Washington Post, dated Wednesday, said that the Vatican had removed Pell and another cardinal from a council of advisors selected by Pope Francis and that Pell had been “implicated” in a sexual-abuse case. But it didn’t report the outcome of that case.

Just The Tip Of The Iceberg

When it comes to these kinds of crimes, what Pell has been found guilty of is most likely just the tip of the iceberg. We are talking about a man who has been a part of the close conglomerate of elites that represent the Vatican publicly. It’s not so far-fetched to assume that all of the highest ranking officials, including the Pope, participate in this type of activity.

If this is the case, how is it ever going to stop when those who are tasked with handling the problem are involved themselves? This is exactly how this type of thing works.

In fact, in 2015, a lawyer by the name of Ulrich Weber uncovered that for the thirty year reign of a boys choir run by Benedict’s XVI’s elder brother, approximately 600 boys with a “high degree of plausibility” were victims of sexual and physical abuse, or both. The report identified 500 cases of physical abuse, and 67 cases of sexual abused committed by a total of 49 people in a position of power within the church. (source)

It was only a few months ago when Carlo Maria Vigano, former Apostolic Nuncio to the United States and Secretary-General of the Governor of Vatican City, implicated multiple church officials, including Pope Francis, in sexual abuse. You can read more about that here.

Here is a recent article I wrote about a retired police detective with over 25 years of service in the investigation of child abuse, as he explains who is involved in this ring, and how it continues to operate while all serious investigations get shut down.

Why Is This Happening?

Those who engage in such activity have often had the same done to them. In many cases, it’s something the abusers themselves were born into, which is why this group atop the pyramid is so tight-knit, like a family. To many of them, their actions are not immoral or wrong.

For them, as children, it became normal. Those who do question their actions must be fearful of coming forward, due to a lack of understanding of the problem, how deep it is, and the tremendous amount of persecution and judgement they will face.

There is also the matter of Satanism being practiced within the Vatican, an institution which is devoted to “God” in appearance only. Satanism and ritual abuse that utilizes children go hand in hand. That which is exposed in public is rarely the worst of it; this stuff goes far beyond mere pedophilia and sexual abuse, but into torture as well as murder.

Ceremonial magic, sorcery, and more are all practiced, and are a source of power and energy among some very powerful people. You can read more about that here.

Malachi Martin, an Irish Catholic priest and writer on the Catholic Church, was originally ordained as a Jesuit priest, and became Professor of Palaeography at the Vatican’s Pontifical Biblical Institute.

He gave these insights in his book, Keys of This Blood:

“Most frighteningly for [Pope] John Paul [II], he had come up against the irremovable presence of a malign strength in his own Vatican and in certain bishops’ chanceries. It was what knowledgeable Churchmen called the ‘superforce.’ Rumors, always difficult to verify, tied its installation to the beginning of Pope Paul VI’s reign in 1963.

“Indeed Paul had alluded somberly to ‘the smoke of Satan which has entered the Sanctuary’. . . an oblique reference to an enthronement ceremony by Satanists in the Vatican. Besides, the incidence of Satanic pedophilia – rites and practices – was already documented among certain bishops and priests as widely dispersed as Turin, in Italy, and South Carolina, in the United States. The cultic acts of Satanic pedophilia are considered by professionals to be the culmination of the Fallen Archangel’s rites.”

Child sexual abuse is being exposed in all areas, from politics, to finance, to the Royal Family all the way up to the Vatican.

We have been made to idolize and worship Popes, presidents, politicians and celebrities that secretly engage in such activity, but with such ground-breaking events as the conviction of Cardinal George Pell, it looks like people are waking up to what’s really going on.

This is an important step in awakening our consciousness. It’s called breaking the illusion.

Amazon, Google and Facebook Have Taken Over The World And Are Now A Threat To Our Very Existence Previous post
Home Assistant Adopter Beware: Google, Amazon Digital Assistant Patents Reveal Plans for Mass Snooping Next post