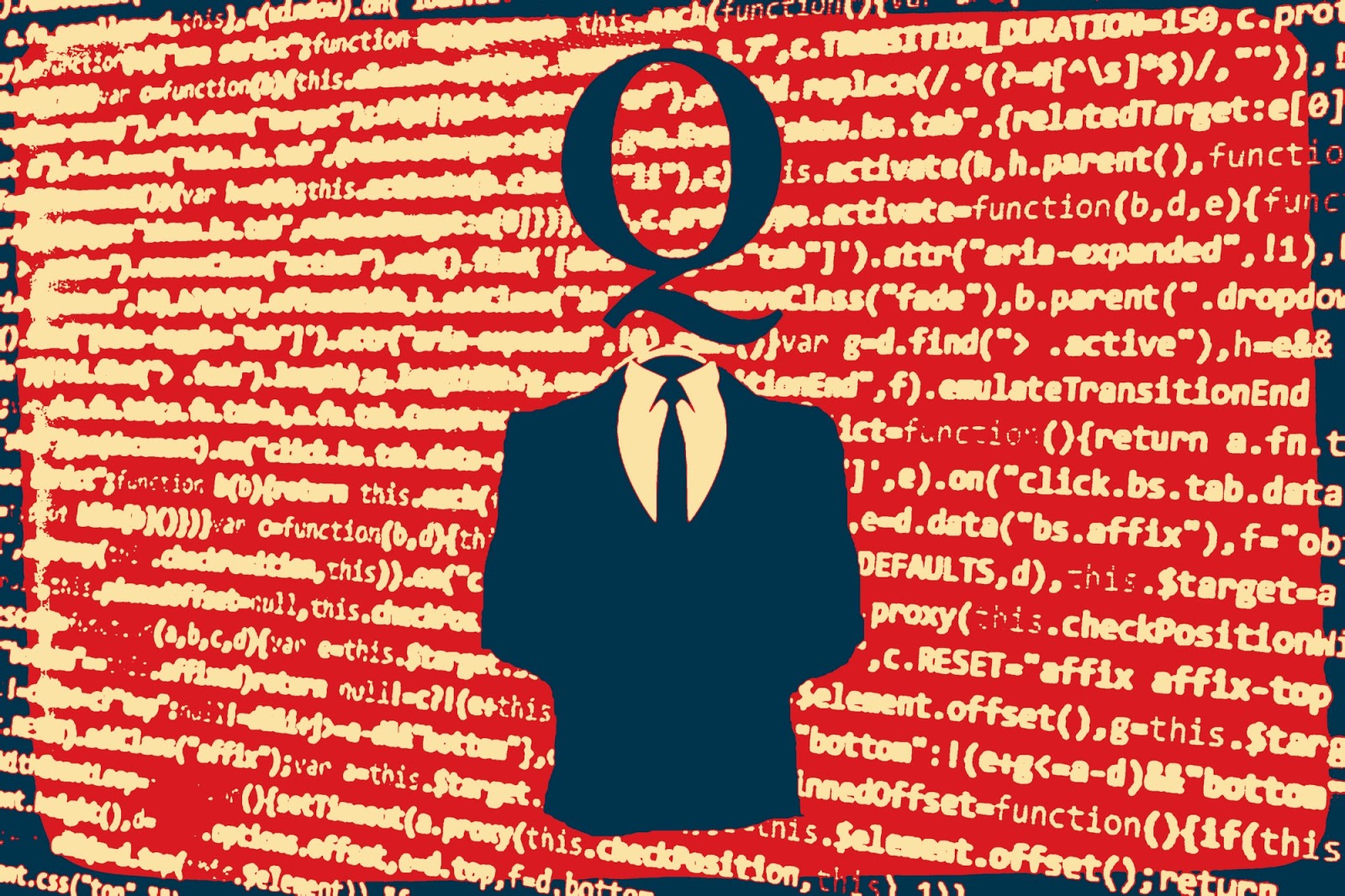 The QAnon, Q-Anon or Q phenomenon which started around October 2017 managed to attract a large amount of die-hard followers who hung on Q’s every word. However, 1.5 years later, we have enough clues to see who was really behind the whole thing, which now appears to be over.

There were many clues that QAnon was a psy-op, including his blatant support of regime change in Iran (right in line with the Zionist NWO agenda), his insistence that rabid warmonger and neocon John Bolton was cleaning up Washington and his praise for current US President Donald Trump who has dropped more bombs and fired more missiles than Obama. 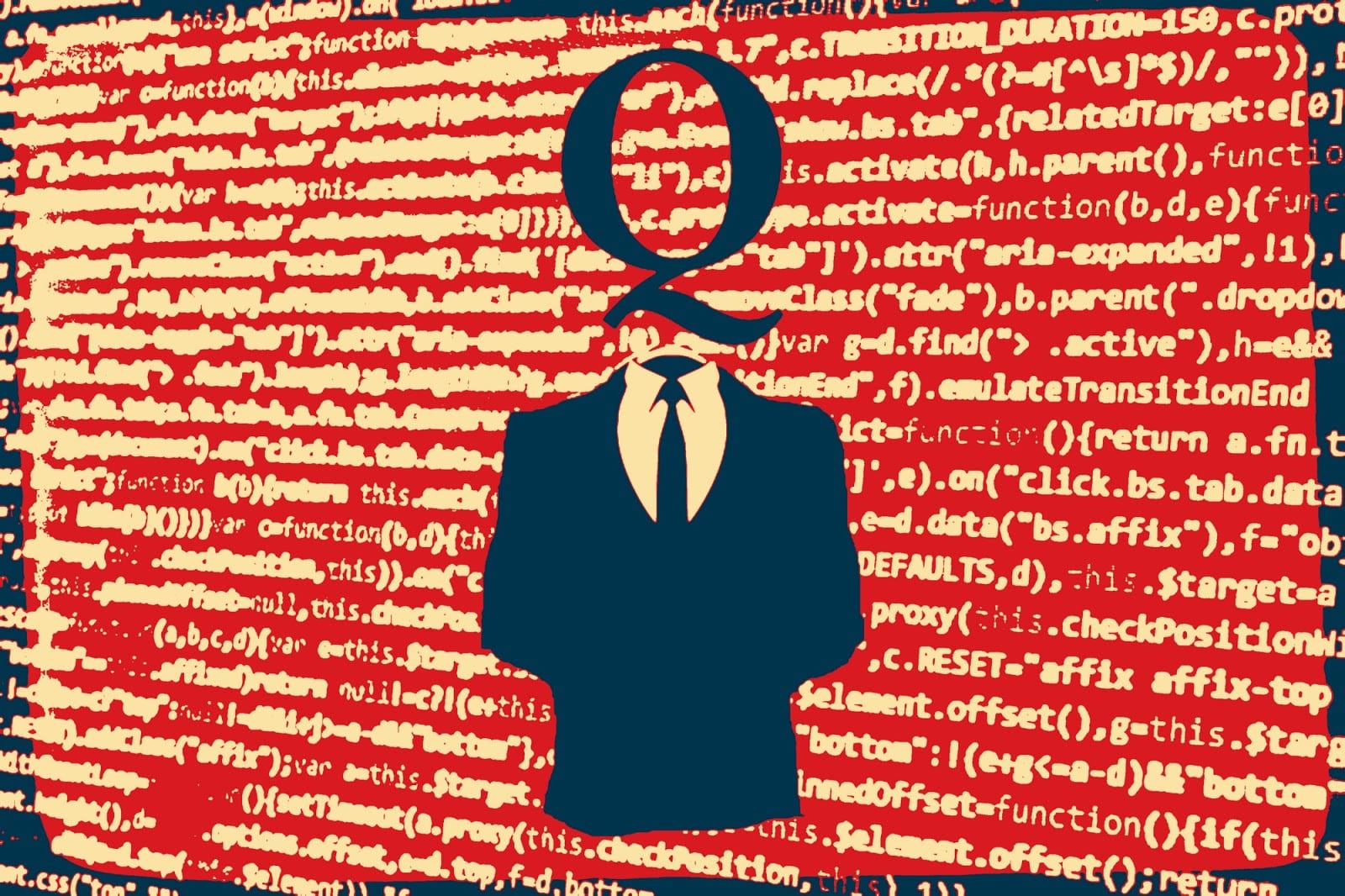 “The reality constructed by QAnon has ultimately unfolded much like a fictitious spy novel, one that details a “secret” counter-coup by the Trump administration against the so-called “Deep State” that Trump – in reality — has dutifully served ever since winning the 2016 election. Despite QAnon’s having been proven wrong repeatedly, its following remains large and the phenomenon itself remains influential.

Robert Martin, a documentary filmmaker whose series “A Very Heavy Agenda” delves into the nefarious political influence of the neoconservatives, told MintPress that QAnon is the “perfect wish-fulfillment conspiracy snowball” aimed at conservatives, adding that it has worked to “rehabilitate some of the most tarnished and scary neocons to all of a sudden be heroic figures.””

In this January 2019 interview, Jason Bermas (producer of documentaries such as Fabled Enemies) interviews 2 men who go by “Defango” and “Dreamcatcher.” They claim they started Q as a LARP (Live Action Role Playing) game which sprung from Cicada 3301, a group that constructs very difficult-to-solve puzzles.

Dreamcatcher admits that, at the start, he was “shitposting” just to see what would stick and, to his surprise, the QAnon phenomenon took off like no other LARP before it had. Both Defango and Dreamcatcher refer to another person who posted as Q known as “Microchip” who they say took trips to Israel. They speculate that he may be connected with the notorious Israeli spy agency, the Mossad.

What About the Sealed Indictments?

QAnon supporters will point to PACER (Public Access to Court Electronic Records, the US nationwide database of court records for Appellate, District and Bankruptcy courts) as proof that not all of Q’s posts were without substance. However, the presence of an increase of sealed files itself is not evidence.

We don’t know what’s in these sealed files. They may be arrest warrants or they may be something far less serious. As this article states:

“Essentially, the number #QAnon is using is factually correct, but leaves out vital context that explains that relatively few of the 1,077 are actual criminal indictments. Most are routine court matters … A random sampling of these files showed 83 percent of sealed magistrate cases to be warrant applications or tracking devices. They are NOT indictments, but #QAnon’s number includes them anyway.”

This Corbett Report podcast explains how society is being gamified as a way to lure us into surveilling ourselves and giving over our data to the Corporatocracy and Big Gov. Examples are the Pokemon app a few years back and the Chinese Sesame Credit system. Look how QAnon worked.

It consisted of dropping some real info to build credibility and attract a cult following, all the while propagating cryptic clues (as is Cicada 3301’s specialty) rather than just spelling out the facts (and proving it with documents) as genuine whistleblowers like Julian Assange and Edward Snowden do.

This led to countless hours being wasted on a game and puzzle of no importance when more pressing matters that require activist attention went unnoticed.

Early on, Alex Jones jumped aboard the QAnon bandwagon by devoting a lot of attention and airtime (and employing Jerome Corsi) in analyzing Q’s cryptic threads.

However, Jones’ credibility has been in question for a very long time now over his failure to grasp the issue of Zionism (whether deliberately or not), plus the way he has gone off the rails and has devoted his headlines to how Trump and Republicans are good, and how Democrats, Muslims and immigrants are bad, no matter what, end of story.

Many people have used Alex Jones and InfoWars to start their awakening process, only to quickly move beyond his very limited and partisan perspectives. Anyone who simplistically believes that one political party is “good” and the other “bad” has fallen very deeply for the fake left-right paradigm. […]

Save Me! Save Me!

This idea that we can all be lazy and complacent while some white hat, good guy group comes out of nowhere to take down the bad guys is absurd. A study of history shows us that it is extremely rare for one group to overthrow another and then to voluntarily relinquish the reins of power to hand it back to the masses.

It happens occasionally, but it is not the norm. We have to be vigilant when we come across movements that promise such a thing, for it could very well be a trick to exploit the part of human psychology that wants to hope, to believe and to be saved without doing any of the grunt work that it takes to be free.

The QAnon phenomenon appears to be over for now. So what lessons can be learned from it? QAnon was a distraction and a puzzle that kept people entertained and engaged in digging for clues or solving mysteries of no importance while real injustices deserving of attention were ignored. As Whitney Webb wrote, “trust the plan” was just the sequel to “hope and change” to suck us into a hope-rollercoaster that goes nowhere.

How can Trump really be fighting the “Deep State” (Shadow Government/NWO) when the NWO is nonpartisan? How can Trump be fighting the Deep State or “draining the swamp” when he has surrounded himself with swamp-dwellers and swamp-critters, such as Goldman Sachs and Rothschild-affiliated agents, Zionists and generals?

The QAnon phenomenon has shown that many people still lack the discernment to be able to separate truth, hoax, psy-op and other forms of disinfo from each other. It’s difficult because truth is never just served up on a silver platter and there are times when you have to follow your intuition in the absence of hard evidence.

Swinging to one extreme and demanding hard, material proof for everything will limit your perspective, as will swinging to the other extreme by believing any fairy tale that comes along.

Hopefully this will act us a wake-up call to those who fell for it. Ultimately, the truth is out there and I believe we all the capacity to resonate with it and see through the lies … but it requires hard work, wide reading, critical thought, measuring different perspectives in your mind and an ability to sees general patterns amidst all the detail.