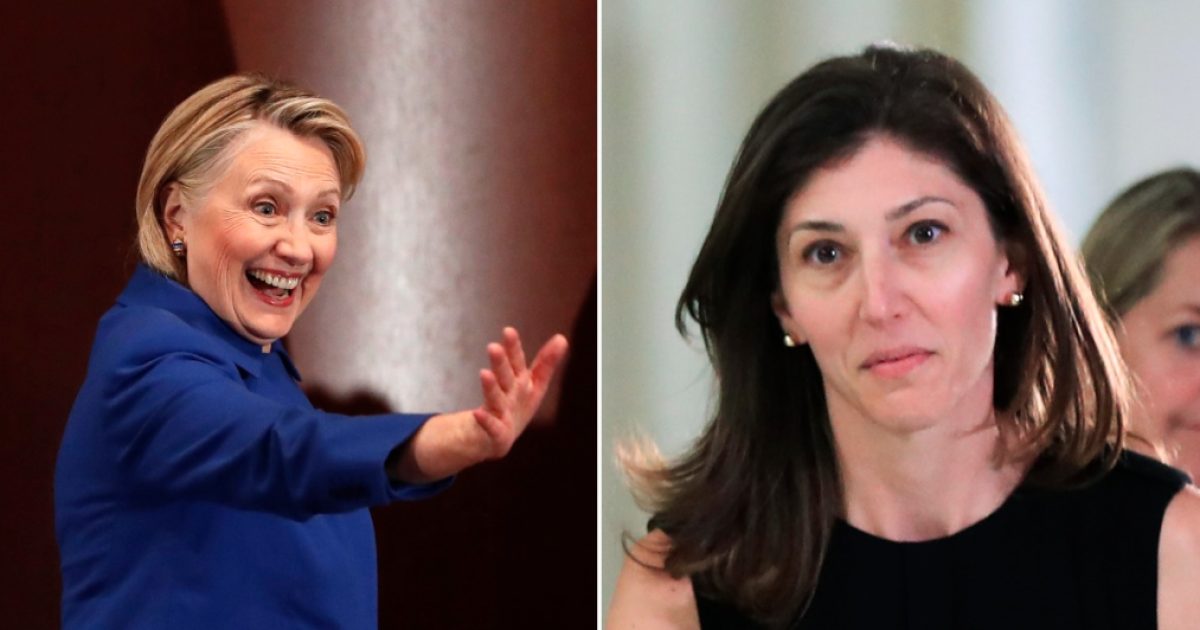 In a closed-door testimony to Congress, in July 2018, former FBI Lawyer Lisa Page spoke of matters such as the FBI investigations into Hillary Clinton’s private server abuse.

Transcripts representing 370 pages worth of testimony were finally released to the public on Tuesday by Rep. Doug Collins (R-GA). This means members of Congress have known about this information for 8 months already, and have decided that now the public can know about it as well.

The biggest revelation that seems to be afforded by this release of information is that Loretta Lynch and the Department of Justice actually ordered the FBI not to prosecute Hillary Clinton for storing classified information on an unsecured server. 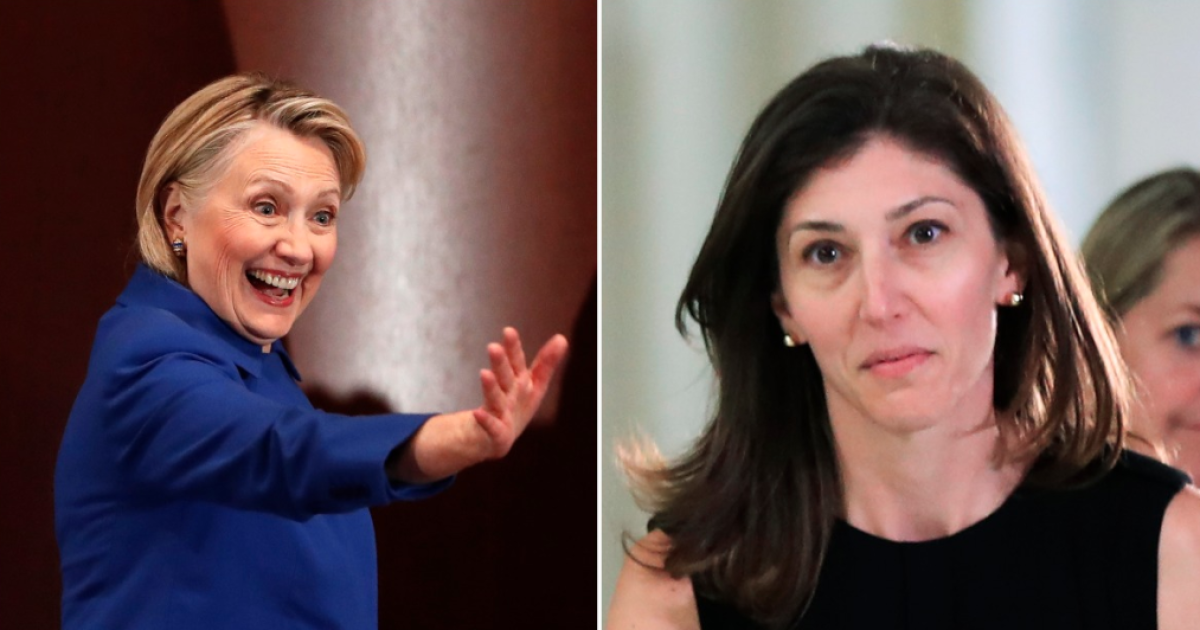 The conversation from the transcript between Page and Rep. John Ratcliffe (R-TX) is included in his tweet below:

Lisa Page confirmed to me under oath that the FBI was ordered by the Obama DOJ not to consider charging Hillary Clinton for gross negligence in the handling of classified information. pic.twitter.com/KPQKINBtrB

In the transcript, Ratcliffe’s full sentence, interrupted by Page’s answer, was “You’re not going to charge gross negligence because we’re the prosecutors and we’re telling you we’re not going to bring a case based on that.” All in all, this indicates that Loretta Lynch made the decision to tell the FBI not to bring an indictment against Hillary Clinton.

This Fox News article elaborates on the details of Loretta Lynch’s decision:

Page also testified that the DOJ and FBI had “multiple conversations … about charging gross negligence,” and the DOJ decided that the term was “constitutionally vague” and “had either never been done or had only been done once like 99 years ago,” and so “they did not feel they could sustain a charge.”

A major consequence of this, presumably, was FBI Director James Comey’s famous about-face on the matter:

“Originally Comey accused the former secretary of state of being “grossly negligent” in handling classified information in a draft dated May 2, 2016, but that was modified to claim that Clinton had merely been “extremely careless” in a draft dated June 10, 2016.

“Comey also said that “although there is evidence of potential violations of the statutes regarding the handling of classified information, our judgment is that no reasonable prosecutor would bring such a case.”

In and of itself, this information might not have lead to anything more. However, when you compound it with the ‘infamous tarmac meeting’ in 2016 between Loretta Lynch and Bill Clinton, a disturbing narrative begins to take shape. They have both maintained the meeting was unplanned, their planes just happened to end up next to one another on the tarmac, and they engaged in a short conversation that was lighthearted and personal.

According to this Blaze article,

“Both Clinton and Lynch denied discussing nefarious subjects, such as the DOJ’s Clinton investigation, known as “Midyear,” or any other matters involving the Clintons’ public life.

However, that same article refutes these claims. It cites DOJ Inspector General Michael Horowitz’s report on the FBI’s Hillary Clinton email investigation to prove that the meeting was intended and planned:

Additional information in the article also contradicts the notion that this meeting was not ‘lighthearted and personal’:

“Finally, it was Lynch’s senior counselor who broke up the meeting when she realized it would become extremely problematic if the media learned Lynch had just met with the husband of a subject in a major investigation. The senior counselor said she could not recall what she heard when she entered the plane but said Lynch appeared “uncomfortable and wanted the meeting to be done.”

This Q Post (#2860) goes even further to suggest a commonly-held theory that Bill Clinton offered Loretta Lynch a seat on the Supreme Court if Lynch prevented an indictment against Hillary from happening, and notes how the investigation was dropped by James Comey soon after, all of which are also captured in the meme below.

The Deal of a Lifetime?
[Tarmac] meeting not planned according to [LL] & [BC]?
Security reports indicate USSS (sec detail [BC] & FBI (sec detail [LL]) planned for meeting?
SC/[LL] deal presented by BC?
What actions did [JC] take days after?
Less than a week after the tarmac meeting, [JC] announced that the FBI would not recommend an indictment against [HRC]?
Returning to the news?
Q 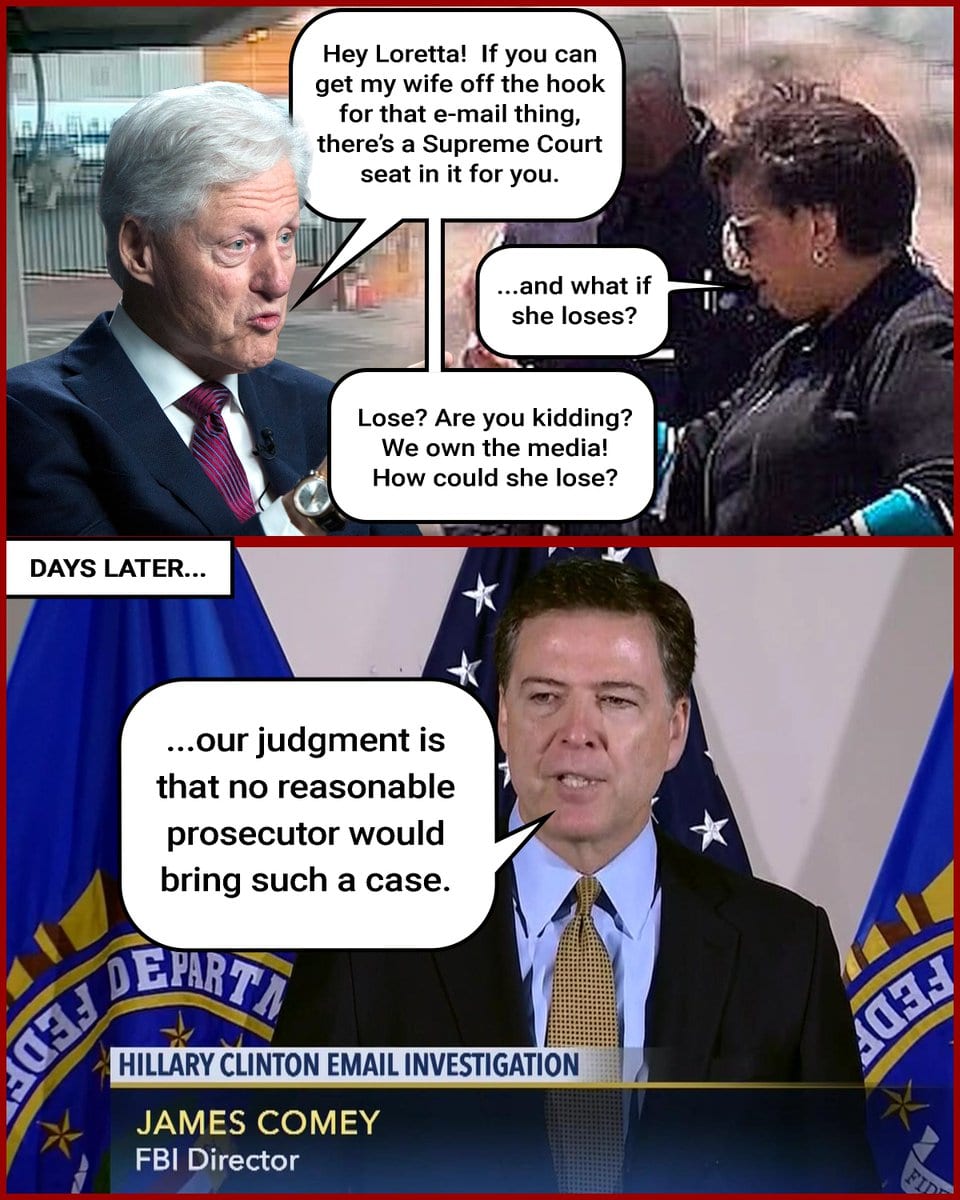 The timing of the release of the Lisa Page testimony really starts to help us put the puzzle pieces together in terms of understanding how and why Hillary Clinton has still not been indicted for serious, documented crimes. It will be interesting to see when the next piece of the puzzle gets dropped into place.

As truth-seekers in the Awakening Community, it is incumbent upon us not to be upset if we don’t think we are getting the truth quickly enough. Pinning our hopes for salvation too much on what is happening in the outside world can be as detrimental as not paying attention at all.

When we do our inner work, we detach ourselves from the need to have things turn out a certain way, and it becomes easier to feel that the drama is unfolding perfectly, and the information is coming at us at a speed that is most beneficial to humanity as a whole and the process of our ‘Great Awakening.’