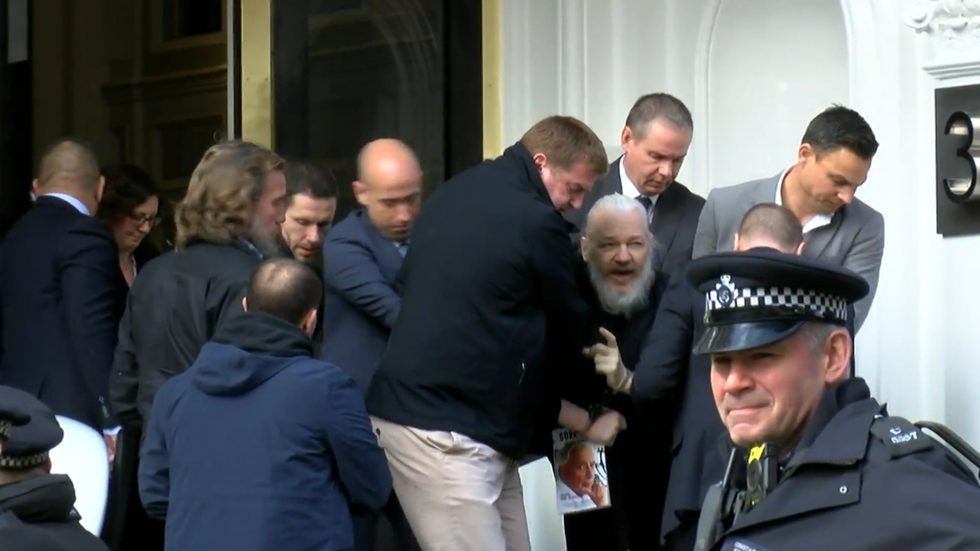 WikiLeaks founder Julian Assange has been dragged out of the Ecuadorian Embassy in London where he has spent the last seven years. That’s after Ecuador’s president Moreno withdrew asylum.

That’s only a day after WikiLeaks Editor-in-Chief Kristinn Hrafnsson claimed that an extensive spying operation was conducted against Assange in the Ecuadorian Embassy. During an explosive media conference Hrafnsson alleged that the operation was designed to get Assange extradited.

Assange’s relationship with Ecuadorian officials appeared increasingly strained since the current president came to power in the Latin American country in 2017. His internet connection was cut off in March of last year, with officials saying the move was to stop Assange from “interfering in the affairs of other sovereign states.” 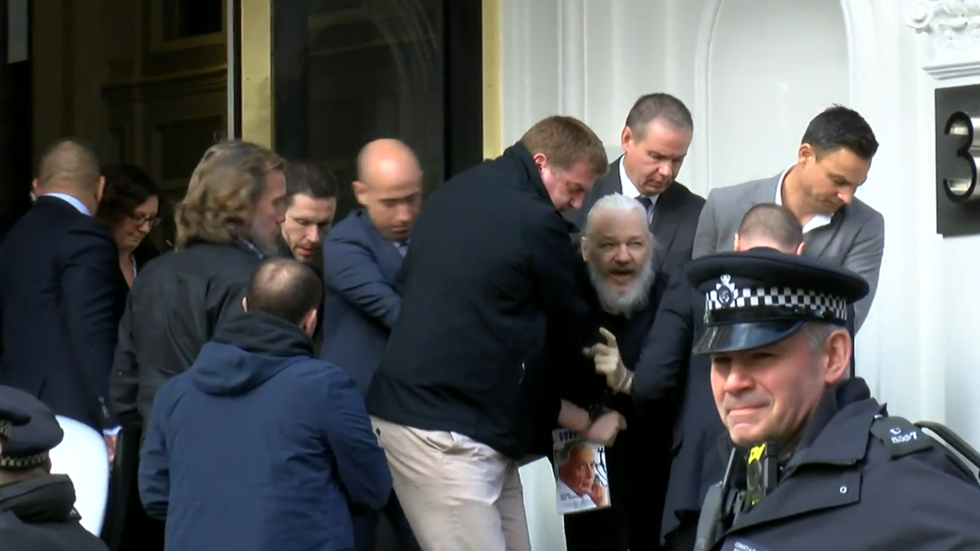 The whistleblower garnered massive international attention in 2010 when WikiLeaks released classified US military footage, entitled ‘Collateral Murder’, of a US Apache helicopter gunship opening fire on a number of people, killing 12 including two Reuters staff, and injuring two children.


WATCH: Moment Julian Assange is CARRIED out of the Ecuadorian Embassy in London

WATCH: Moment Julian Assange is CARRIED out of the Ecuadorian Embassy in London. pic.twitter.com/OEeqmoksGr

URGENT: Ecuador has illigally terminated Assange political asylum in violation of international law. He was arrested by the British police inside the Ecuadorian embassy minutes ago.https://t.co/6Ukjh2rMKD

The footage, as well as US war logs from Iraq and Afghanistan and more than 200,000 diplomatic cables, were leaked to the site by US Army soldier Chelsea Manning. She was tried by a US tribunal and sentenced to 35 years in jail for disclosing the materials.

Manning was pardoned by outgoing President Barack Obama in 2017 after spending seven years in US custody. She is currently being held again in a US jail for refusing to testify before a secret grand jury in a case apparently related to WikiLeaks.

Assange’s seven-year stay at the Ecuadorian Embassy was motivated by his concern that he may face similarly harsh and arguably unfair prosecution by the US for his role in publishing troves of classified US documents over the years.

His legal troubles stem from an accusation by two women in Sweden, with both claiming they had a sexual encounter with Assange that was not fully consensual. The whistleblower said the allegations were false. Nevertheless, they yielded to the Swedish authorities who sought his extradition from the UK on “suspicion of rape, three cases of sexual abuse and unlawful compulsion.”

In December 2010, he was arrested in the UK under a European Arrest Warrant and spent time in Wandsworth Prison before being released on bail and put under house arrest.

During that time, Assange hosted a show on RT known as ‘World Tomorrow or The Julian Assange Show’, in which he interviewed several world influencers in controversial and thought-provoking episodes.


Must read: How the UK Government is Slowly Killing Julian Assange (His Mother’s Plead)

His attempt to fight extradition ultimately failed. In 2012, he skipped bail and fled to the Ecuadorian Embassy, which extended him protection from arrest by the British authorities. Quito gave him political asylum and later Ecuadorian citizenship.

Assange spent the following years stranded at the diplomatic compound, only making sporadic appearances at the embassy window and in interviews conducted inside. His health has reportedly deteriorated over the years, while treatment options are limited due to his inability to leave the Knightsbridge building.

In 2016, a UN expert panel ruled that what was happening to Assange amounted to arbitrary detention by the British authorities. London nevertheless refused to revoke his arrest warrant for skipping bail. Sweden dropped the investigation against Assange in 2017, although Swedish prosecutors indicated it may be resumed if Assange “makes himself available.”

Assange argued that his avoidance of European law enforcement was necessary to protect him from extradition to the US, where then-Attorney General Jeff Sessions said that arresting him is a “priority.” WikiLeaks was branded a “non-state hostile intelligence service” by then-CIA head Mike Pompeo in 2017.

The US government has been tight-lipped on whether Assange would face indictment over the dissemination of classified material. In November 2018, the existence of a secret indictment targeting Assange was seemingly unintentionally confirmed in a US court filing for an unrelated case.