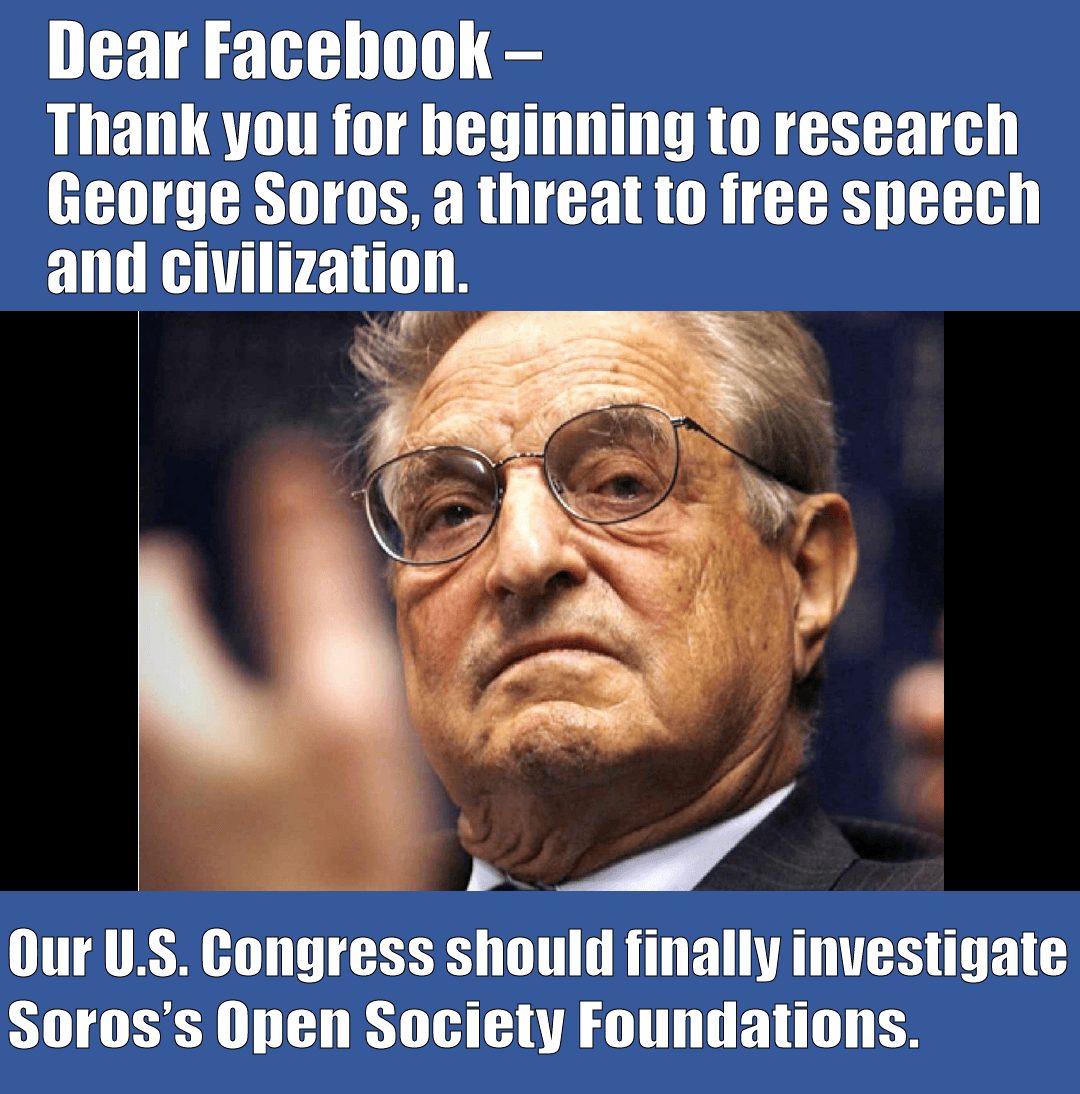 Wired Magazine recently published a report detailing more a year of internal turmoil at Facebook, much of which started with condemnation by George Soros, who used Breitbart News’ term for Silicon Valley’s big tech giants, the “Masters of the Universe,” as he announced, “their days are numbered.”

Speaking at the World Economic Forum in Davos last year, Hungarian financier George Soros announced plans to target social media firms in a speech to a room of tycoons, ministers, and journalists. 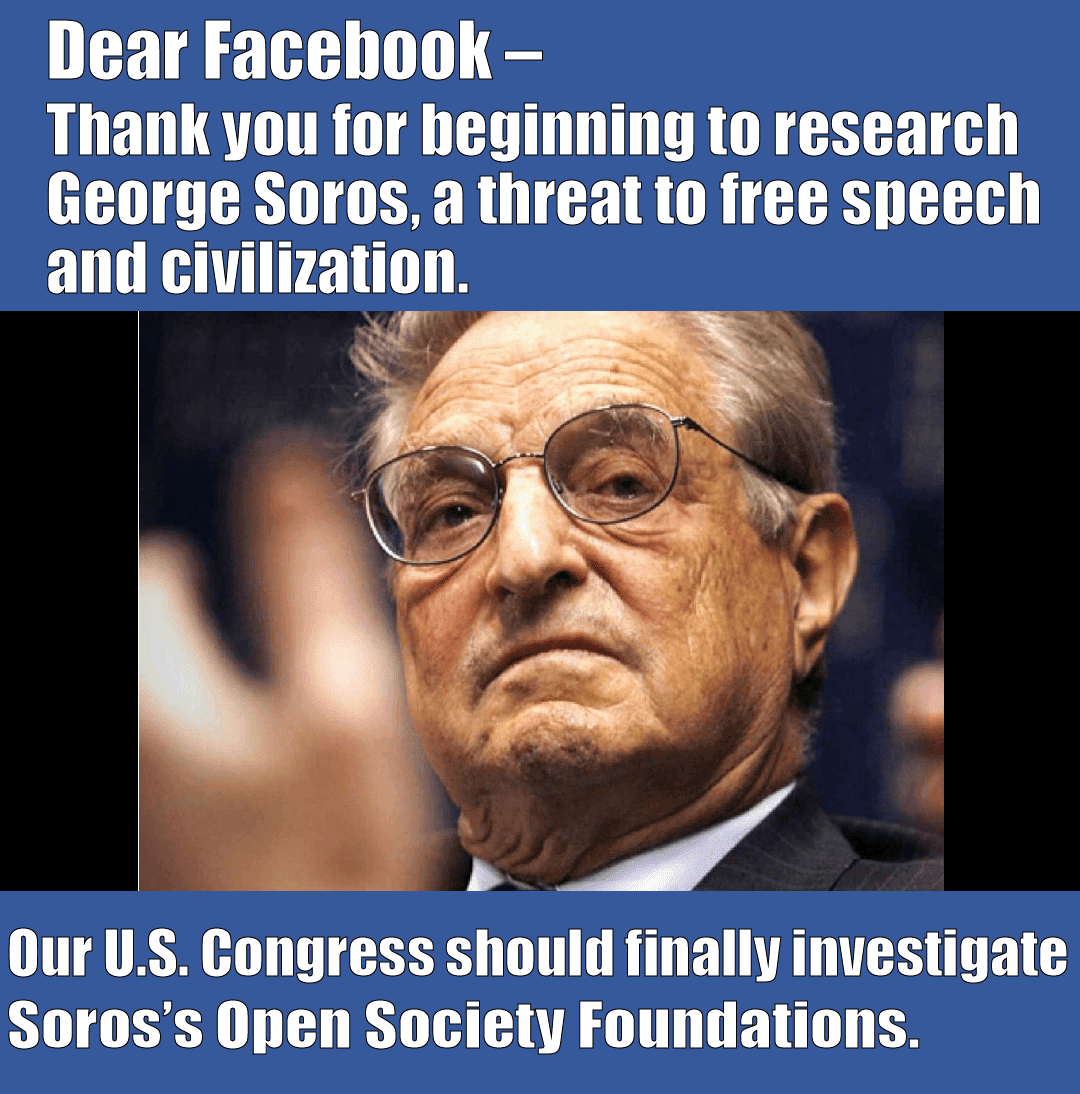 Breitbart News dubbed the Big Tech giants of Silicon Valley “The Masters of the Universe” and tracks stories about Facebook and its peers on a page by that name.

Wired magazine recently published an in-depth report on 15 months of turmoil at Facebook which outlines a number of issues the social media firm faced; one notable issue was backlash from the media over the sites “trusted sources” in news. Many of the issues arose shortly after Soros’ speech at Davos. Wired reports:

“Far from Davos, meanwhile, Facebook’s product engineers got down to the precise, algorithmic business of implementing Zuckerberg’s vision. If you want to promote trustworthy news for billions of people, you first have to specify what is trustworthy and what is news.

“Facebook was having a hard time with both. To define trustworthiness, the company was testing how people responded to surveys about their impressions of different publishers. To define news, the engineers pulled a classification system left over from a previous project—one that pegged the category as stories involving “politics, crime, or tragedy.”

“That particular choice, which meant the algorithm would be less kind to all kinds of other news — from health and science to technology and sports — wasn’t something Facebook execs discussed with media leaders in Davos.

“And though it went through reviews with senior managers, not everyone at the company knew about it either. When one Facebook executive learned about it recently in a briefing with a lower-­level engineer, they say they “nearly fell on the fucking floor.”

Not long after Facebook came under fire for its trusted sources program, the company found itself amidst a whole new scandal — the Cambridge Analytica data breach. While the improper access of 87 million Facebook users personal data was a huge scandal, what was an even bigger issue was Facebook’s reaction to it; or lack thereof.

Following an initial statement on the issue, the social media firm waited five days before commenting again, a decision that seemed to baffle many employees at the firm:

“According to numerous people who were involved, many factors contributed to Facebook’s baffling decision to stay mute for five days. Executives didn’t want a repeat of Zuckerberg’s ignominious performance after the 2016 election when, mostly off the cuff, he had proclaimed it “a pretty crazy idea” to think fake news had affected the result. And they continued to believe people would figure out that Cambridge Analytica’s data had been useless.

“According to one executive, “You can just buy all this fucking stuff, all this data, from the third-party ad networks that are tracking you all over the planet. You can get way, way, way more privacy­violating data from all these data brokers than you could by stealing it from Facebook.”

“Those five days were very, very long,” says Sandberg, who now acknowledges the delay was a mistake. The company became paralyzed, she says, because it didn’t know all the facts; it thought Cambridge Analytica had deleted the data. And it didn’t have a specific problem to fix. The loose privacy policies that allowed Kogan to collect so much data had been tightened years before. “We didn’t know how to respond in a system of imperfect information,” she says.

Shortly after Facebook’s scandal-filled few months, Wired published a magazine that featured a photoshopped Mark Zuckerberg with a number of bruises and a cut lip — a visual depiction of the rough time the CEO was facing. After this image was published, Wired noticed some changes in their social media presence — the magazine’s engagement rate dropped significantly:

“At WIRED, the month after an image of a bruised Zuckerberg appeared on the cover, the numbers were even more stark. One day, traffic from Facebook suddenly dropped by 90 percent, and for four weeks it stayed there. After protestations, emails, and a raised eyebrow or two about the coincidence, Facebook finally got to the bottom of it.

“An ad run by a liquor advertiser, targeted at WIRED readers, had been mistakenly categorized as engagement bait by the platform. In response, the algorithm had let all the air out of WIRED’s tires. The publication could post whatever it wanted, but few would read it. Once the error was identified, traffic soared back. It was a reminder that journalists are just sharecroppers on Facebook’s giant farm. And sometimes conditions on the farm can change without warning.

“Inside Facebook, of course, it was not surprising that traffic to publishers went down after the pivot to “meaningful social interactions.” That outcome was the point. It meant people would be spending more time on posts created by their friends and family, the genuinely unique content that Facebook offers.

“According to multiple Facebook employees, a handful of executives considered it a small plus, too, that the news industry was feeling a little pain after all its negative coverage. The company denies this — “no one at Facebook is rooting against the news industry,” says Anne Kornblut, the company’s director of news partnerships — but, in any case, by early May the pain seemed to have become perhaps excessive.

“A number of stories appeared in the press about the damage done by the algorithmic changes. And so Sheryl Sandberg, who colleagues say often responds with agitation to negative news stories, sent an email on May 7 calling a meeting of her top lieutenants.”

By Lucas Nolan — he is a reporter for Breitbart News covering issues of free speech and online censorship.