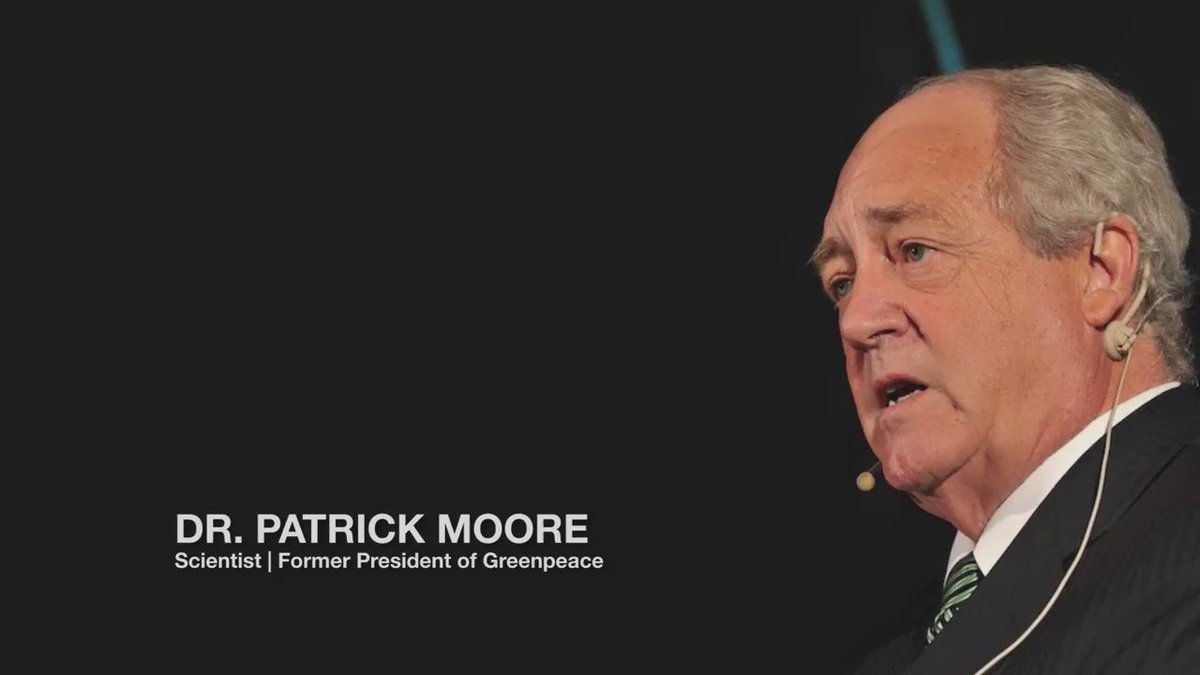 Today’s “environmental movement” subscribes to an anti-human ideology, observed Moore. He described his 1986 departure from Greenpeace following the organization’s shift from a “humanitarian” orientation towards an anti-human one.

“By 1986, the evolution that occurred was something I couldn’t live with,” recalled Moore. “So I left Greenpeace, because we started with a strong humanitarian bent in order to save humanity and the environment from all-out nuclear war. That’s what the ‘green’ is and the ‘peace’ is in Greenpeace: the environment and people living peacefully.” (…) 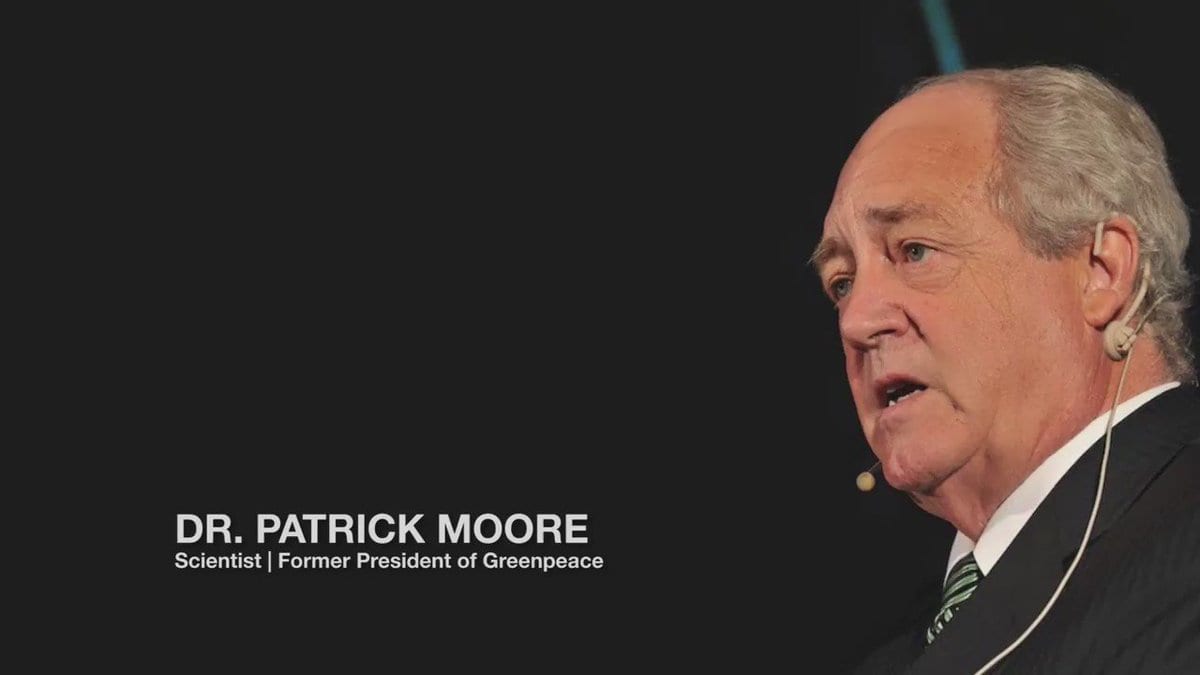 Moore described Greenpeace’s leftward shift and use of deception for self-serving financial ends:

“As time went on, I watched as Greenpeace evolved, basically hijacked by the extreme left. We were pretty centrist when we started. We were basing our positions on science and logic, as I saw it, and I’ve been a scientist all my life; that’s my orientation — not to make up stories and not to exaggerate unnecessarily.

“And I found that Greenpeace was just going off into this sensationalism and misinformation, and using fear to get people to send them money — fear that the world was coming to an end, which we hear repeated over and over and over again now with this final declaration by Alexandria Ocasio-Cortez that we have 12 years left until the end of the world.

“The fact is, people have been saying that since the beginning of time, and it never has and it never people, but they get away with it.”

“Through history, you see organizations that start of with noble causes — and this applies really often — they start off with a noble cause and they eventually evolve into a business, where fundraising actually becomes the most important goal because you’ve got to keep 200 people on a salary.

“When we started, we were volunteers. We didn’t have any salary. But as it evolved, that happens, people have to live, and people send money in for the cause that you’re promoting, and you become a business. But then the really nasty part happens. It turns into a racket, and that’s what’s happened with Greenpeace, and it happened a long time ago.”

Moore added, “The Al Gores are basically snake oil salesmen, charlatans. They are dealing in this complete hoax of a scare [about] the climate, and as you say, scaring young people into thinking that they’re going to die.”

Moore contrasted the narrative of anthropogenic global warming with the Earth’s broader history of climatic change:

“[They] invent ever-more far-fetched problems that in the end don’t really exist. The climate change issue is a completely made-up issue. Of course, the climate has been changing ever since the Earth was born; and, of course, it’s still changing now.

“That change from then until now is substantial, but the little bit of temperature change that has occurred in the last couple of hundred years on the planet Earth is nothing compared to the changes that have occurred in the past over time. It is completely exaggerated, and it being used to scare people.”

Burning fossil fuel returns carbon dioxide to the atmosphere from which it came, explained Moore:

“Our addition of carbon dioxide to the atmosphere is fertilizing all of the plant life on Earth, including all the forests and all the food crops on Earth, and we have something like a 30-percent average increase in the growth of plants over the last 50 years because of the CO2 that we’ve put in the atmosphere.

“CO2 is the primary food for life, and along with water, H2O and CO2, plants make sugar, mainly glucose, which is a carbohydrate, which is the basis for all the energy for all of life, beginning with photosynthesis.

“If people just understood that basic fact, and the fact that CO2 is now lower than it has been virtually in the history of the Earth — because life has taken it out and deposited it in sediments, called fossil fuels, and carbonaceous rocks like limestone and marble and chalk, all of which contain carbon that used to be in the atmosphere or dissolved in the ocean where they were absorbed by living creatures to make themselves.

“Over time those creatures have fallen to the bottom of the ocean when they die, or have been buried in sediments on the land to form fossil fuels, and they have removed that carbon dioxide from the atmosphere and the oceans.

“So we come along after 4 billion years of this, and start burning some of the fossil fuels, and finally start putting some of the carbon dioxide back into the atmosphere where it came from in the first place.”

The climate change narrative is “not just fake news; it’s fake science,” Moore said. “That is a fact, and I will put my reputation — 45 years as a scientist studying these subjects — on the line. I don’t get paid by the government to make up stories so politicians can scare the electorate into voting for them on the climate issue.”

In an interview two weeks ago on Breitbart News Tonight, Moore explained the corrupt business model — built on government funding — upon which the “climate change” narrative and industry exists.

You can listen to Patrick Moore’s statement here: