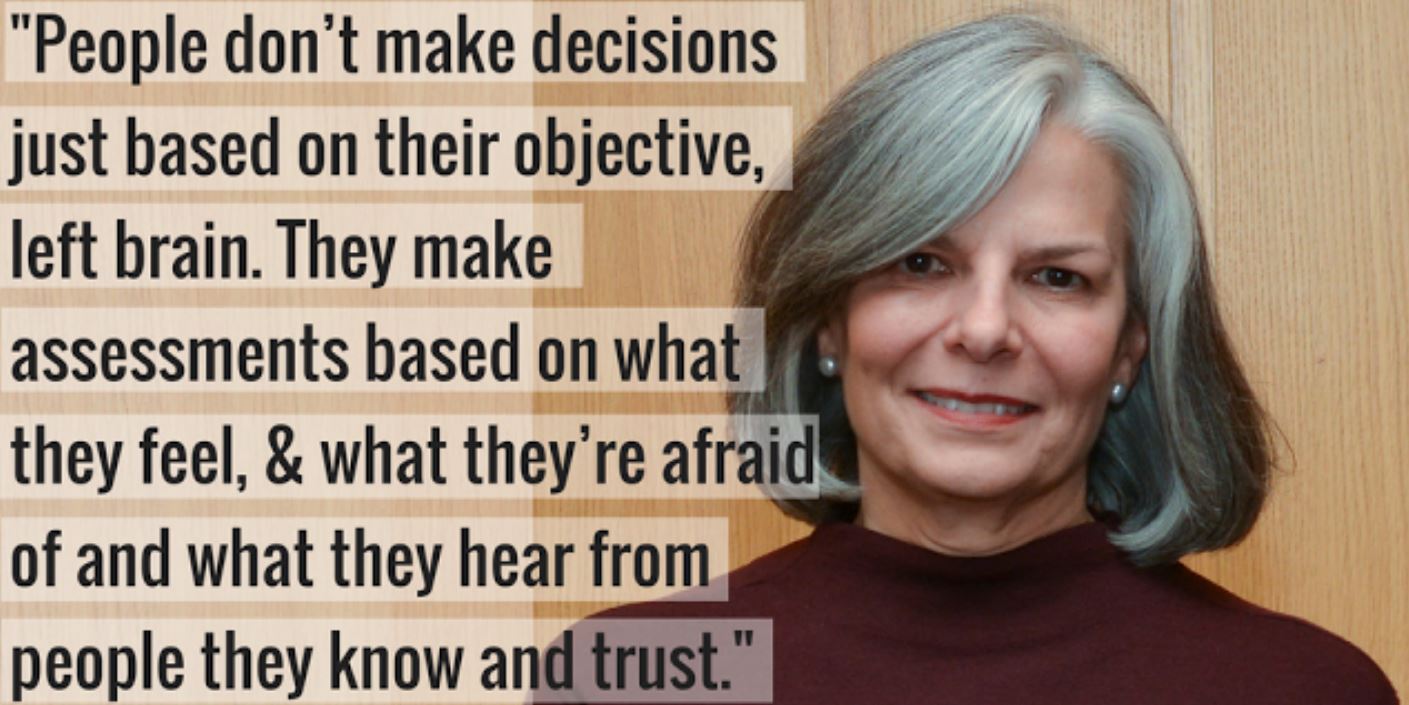 If you are not already clear about how the Corporatocracy that we live in is able to consistently serve their own power and wealth interests at the expense of our heath, well-being and prosperity, then the case of Julie Gerberding should provide some excellent insight. Her career path makes her the poster child for people who want to succeed in the world by embracing the corrupt, deceitful system that is currently in place.

Here is the blueprint: first, become an expert in a very specific area through a good old fashioned Western education. Use the talent and intelligence you have been blessed with to move up the ranks in your chosen industry to gain a position of power within the highest government agency in your field. 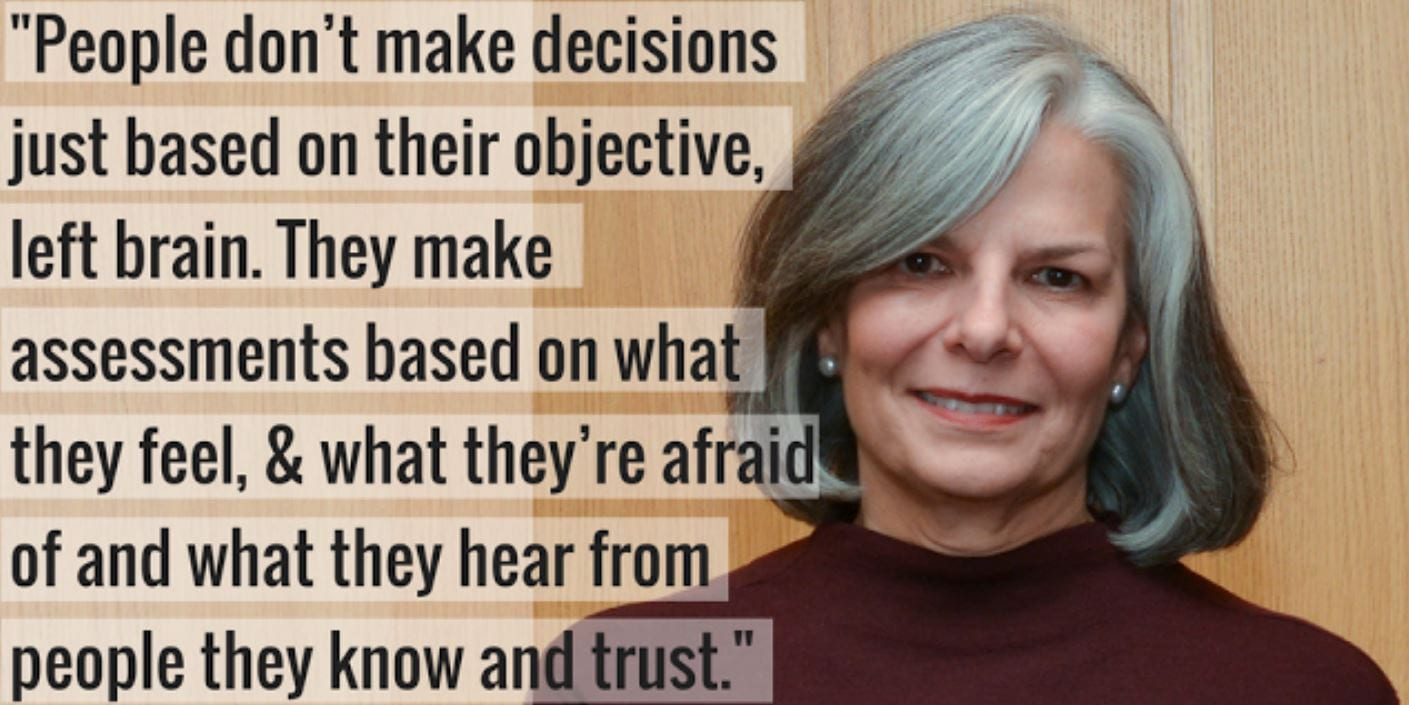 Work in close collaboration with the corporations you are supposed to be the watchdogs for, and display a particular talent to get away with murder, not only deflecting obvious conflicts of interest and preventing them from materializing into lawsuits, but also demonstrating a highly developed ability – and willingness – to garner public trust around the safety and effectiveness of the products being pushed by the corporations you are colluding with.

Julie Gerberding completed her internship and residency in internal medicine at UCSF, where she also served as Chief Medical Resident before completing her fellowship in Clinical Pharmacology and Infectious Diseases. She earned an M.P.H. degree at the University of California, Berkeley in 1990.

Before becoming CDC Director and ATSDR Administrator, Gerberding was Acting Deputy Director of the National Center for Infectious Diseases (NCID). She joined CDC in 1998 as Director of the Division of Healthcare Quality Promotion, NCID, where she developed CDC’s patient safety initiatives and other programs to prevent infections, antimicrobial resistance, and medical errors in healthcare settings.

But it is perhaps her talent in knowing how to speak with quiet authority, and a persona that people felt they could trust, that not only helped her rise up in the ranks of the government’s regulatory bodies, but also made giants of the corporatocracy take notice and treat her as one of their own.

Knowing how to appeal to people emotionally, with eloquence and persuasion, is something you cannot force, nor can you teach it. Some people just have that power. What they decide to do with it is another matter.

The conflict of interest here is beyond obvious, and one would be reasonable to assume that this appointment, which garnered over $5 million in stock options alone, amounted to payback for favors done to Merck while head of the CDC.

But I believe Merck saw genuine value in the type of leadership Gerberding brought to the table: a cold and calculating devotion to the bottom line, covered over by a veneer of compassion-like-symptoms and a trustworthy tone of authority. In the pharmaceutical industry, these qualities are gold.

During our bi-weekly broadcast on CETV, Joe Martino and I had a discussion about the ‘revolving door’ between government regulatory agencies and the corporations they serve. We look at statistics that would literally make your head spin about the hordes of people who have enjoyed the freedom to move from working on one side of the aisle to the other.

Typically this pattern serves those willing to ‘play ball’ with corporate powers in their capacity as government regulators, to then be rewarded by the wealthy corporations with cushy jobs and board appointments.

In the case of Julie Gerberding, we dove deep into a CNN interview Gerberding did with Sanjay Gupta while she was at the CDC around the time that the Hannah Poling case was making headlines and getting widespread public attention.

(Hannah Poling was the first child to receive money from the National Vaccine Injury Compensation Program for her jjab injury; in essence, the government conceded that jjabs caused Hannah Poling’s autism).

Big Pharma seemed to be in need of a reassuring voice directed at the public to prevent a massive exodus of parents from the growing jjab schedules being lined up for their children.

Joe and I talked about the various techniques Gerberding uses to deftly move the conversation from a very vague ‘admission’ of what the government had conceded to assurances that all caring parents should continue to have their children vaccinated.

By some accounts, Julie Gerberding had a significant impact at this time in preventing a complete loss in confidence in jjab safety, which would have been a major disaster for the pharmaceutical industry. Makes you wonder why she didn’t win the Healthcare Businesswomen’s Association ‘Woman of the Year’ award sooner.

As difficult as it is for some of us to accept, the belief that those in authority have humanity’s best interests at heart has long run its course.

It is an important part of our collective evolution that we realize we cannot count on our elected officials, corporate leaders, bureaucrats or other authority figures to make decisions that are in our best interests, because by and large we are seeing that they are only making decisions in their own interests, for the expansion and consolidation of their power.

As individuals we must seek to become sovereigns, and as sovereigns to link together and awaken to our collective power to consciously create the type of world we really want to live in.