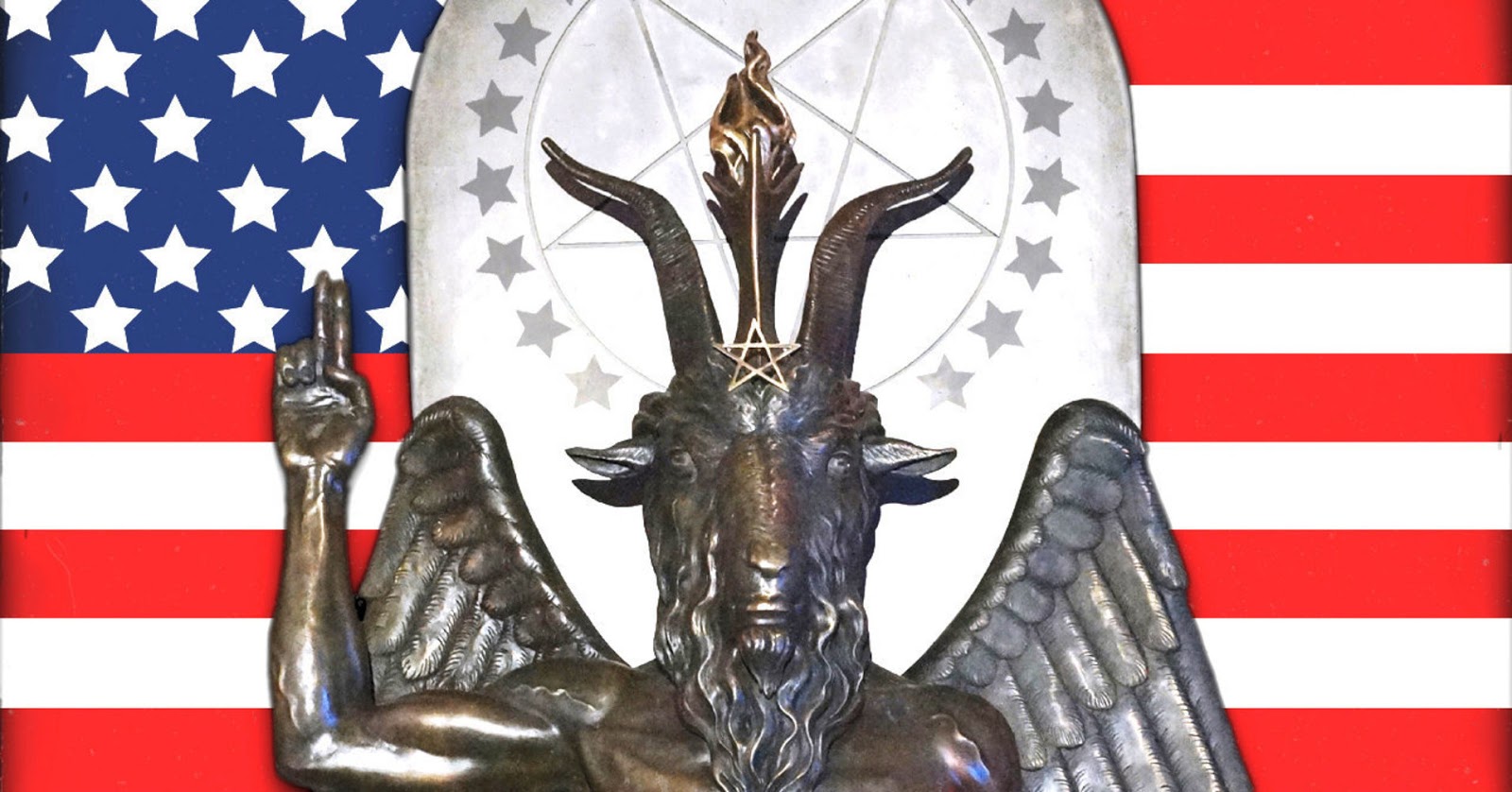 Despite its strong Christian origins, the United States of America is rapidly descending into total amorality and godlessness, with statues openly honoring Satan now appearing on government property all across the country.

Back in December, for instance, it was reported that the Chicago chapter of the “Temple of Satan” was given permission to place a Satanic statue in between a Christmas tree and a menorah at the Illinois statehouse during the holiday season, in open defiance to both Christianity and Judaism.

According to reports, the four-foot sculpture depicted a black-colored fist clenching an apple, which was meant to represent the sin of Adam and Eve when they ate of the fruit of the Tree of the Knowledge of Good and Evil, in violation of God’s edict placing the tree and its fruit off-limits. 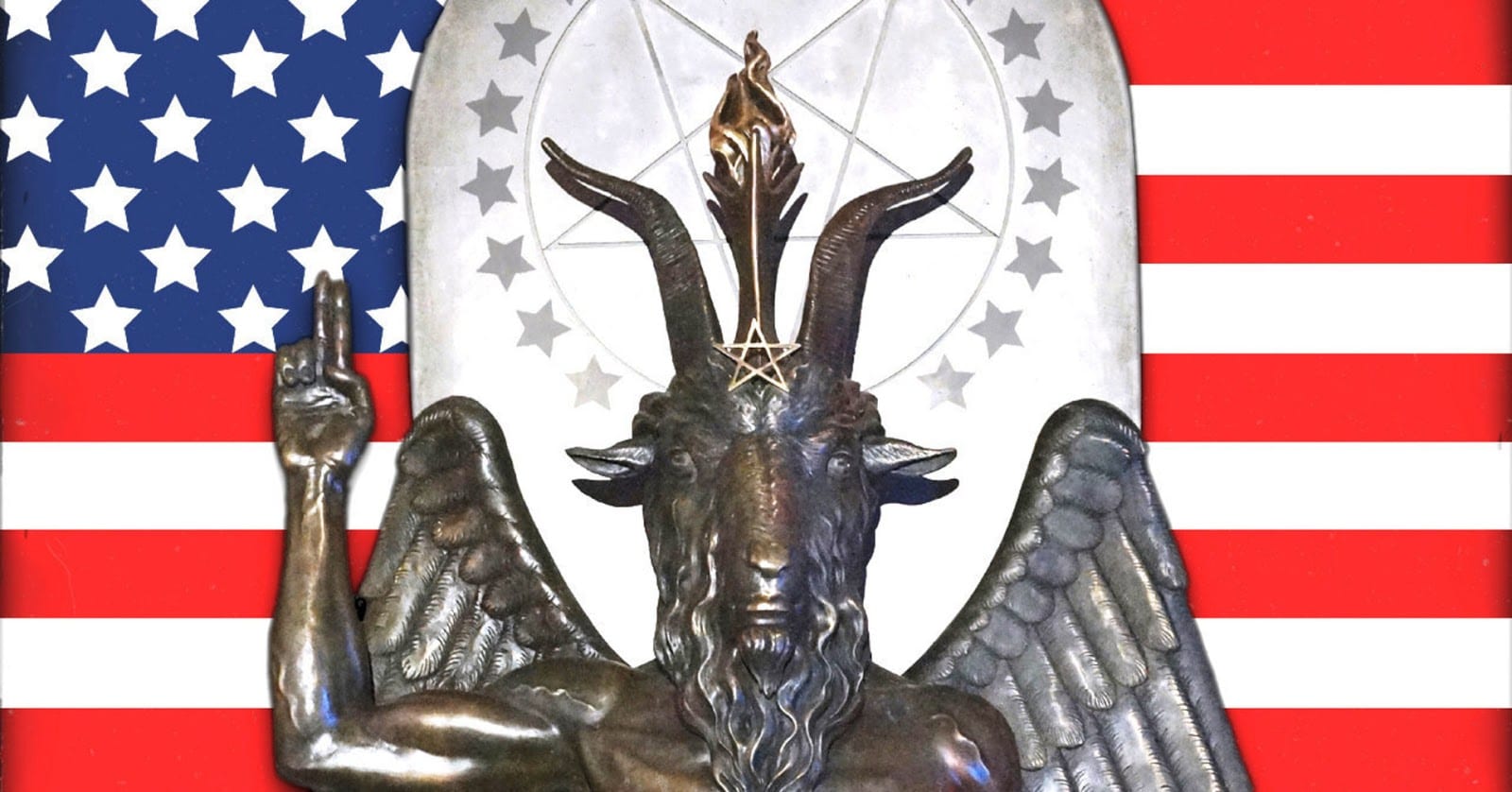 Below this Satanic statue was a placard stating, “Knowledge is the Greatest Gift,” along with a Baphomet-embedded pentagram – just to ensure that everyone viewing the statue knew that it was there to honor Satan.

“Under the Constitution, the First Amendment, people have a right to express their feelings, their thoughts,” stated Dave Druker, a spokesman for the Illinois Secretary of State, in defense of the statue’s grotesque presence. “This recognizes that.”

Speaking of Illinois, a satanic sculpture was installed at the Illinois Statehouse last Christmas.

Several months prior to this, a much larger Satanic statue depicting Satan himself was erected in front of the Arkansas Capitol building, with cheers and celebration from “free-speech activists.”

Reports indicate that the giant, eight-foot-tall bronze statue depicted Satan in the form of Baphomet, a transgender rendering of Lucifer as the “goat monster,” holding up its two fingers below a giant pentagram.

The “Satanic Temple” had been trying for three years to get permission to place the statue in front of the Arkansas Capitol as part of an effort to find a permanent home for the blasphemous, human-goat avatar.

In this case, proponents of the hermaphroditic Baphomet statue had previously attempted to have it placed next to the Christian Ten Commandments placard in front of the Oklahoma Capitol building, only to have the Supreme Court strike down the monument for violating state law governing the separation of church and state.

That’s when the Satanic Temple moved on to Arkansas, where a similar Ten Commandments monument was set to be built in Little Rock, and where the Baphomet was intended to be placed as a direct affront to Christianity.

While both of the aforementioned statues ended up only remaining on their respective government properties temporarily, the boldness with which the “Church of Satan” is now demanding that its Satanic paraphernalia be openly displayed for the world to see suggests that the moral decline of this country is accelerating.

Satan-worship is also infesting the digital realm throughout America, with U.S.-based corporations like Apple now censoring information that’s critical of Satanism and Satanic practices like abortion, which is a form of human sacrifice to Molech, an ancient Canaanite demon to whom pagan cultures would offer up the lives of their children.

There’s also the U.S.-based Amazon corporation, which no longer offers “anti-jjab” films like Vaxxed on its platform for “public good” purposes, but that gladly sells books that teach young children how to become Satanists.

“The stunning truth is simple and self-evident: Like all the other evil tech giants – Apple, Google, Twitter, Youtube, Pinterest, etc. – Amazon is actually run by Satanists who actively seek the murder of children via abortions and jjabs,” warns Mike Adams, the Health Ranger, about the encroaching threat of Satanism into every aspect of American life.

NewsGuard: Suppress Truth, Promote Propaganda Previous post
Article 8 of the US Constitution: Creation of a Militia Force to "Suppress Insurrections and Repel Invasions" Next post