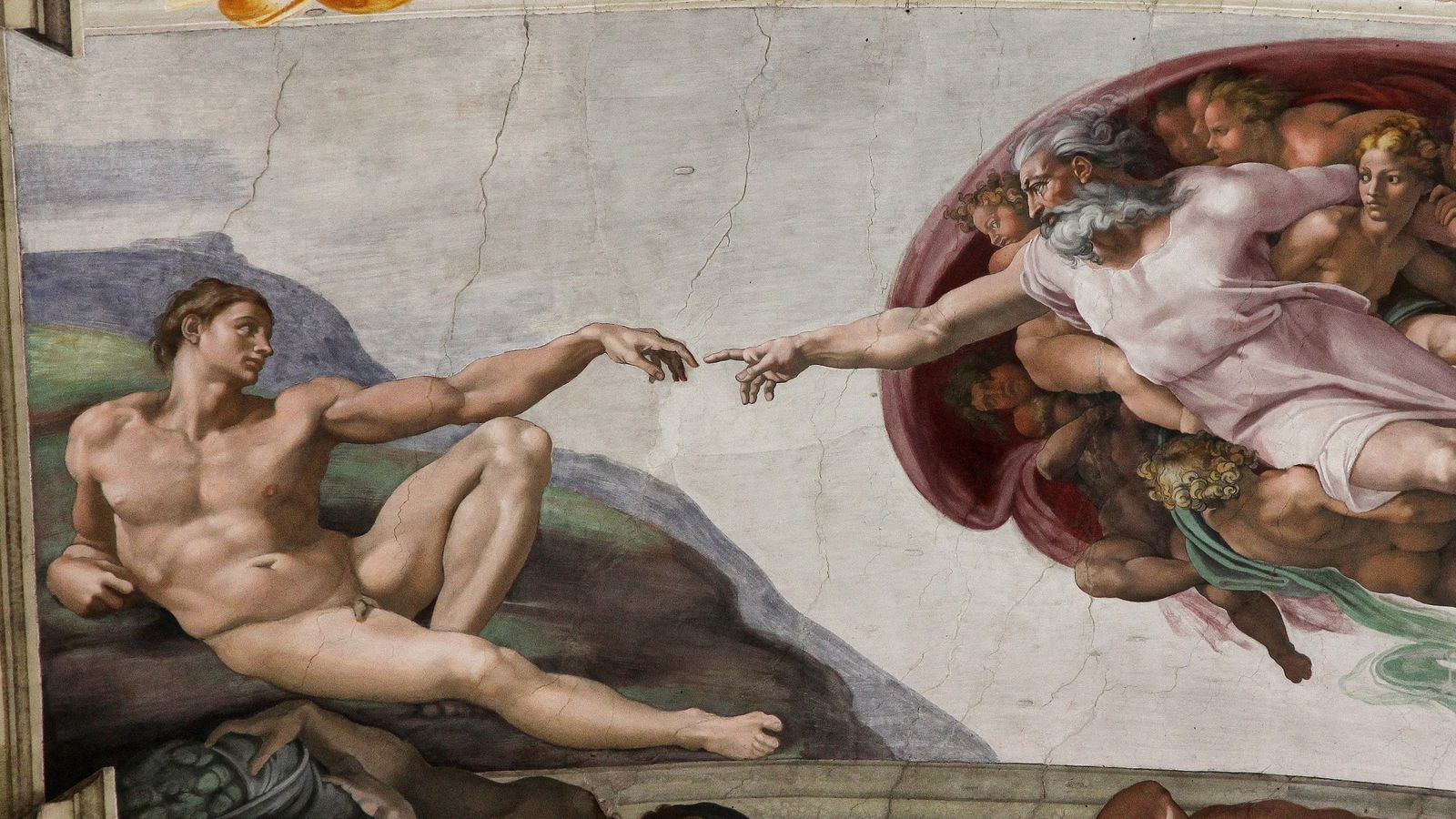 It is amazing the power that politically correct kooks have acquired over language, art, and literature. It is a sign that the West is culturally dead.

When high museums rename paintings because some emotional weakling declares the name to be offensive, it becomes obvious that the custodians of Western culture have lost their belief in Western culture.

When universities cover up murals because of a claim they are offensive to people whose presence on the campus is miniscule if present at all, you know that learning is no longer the purpose of the university. 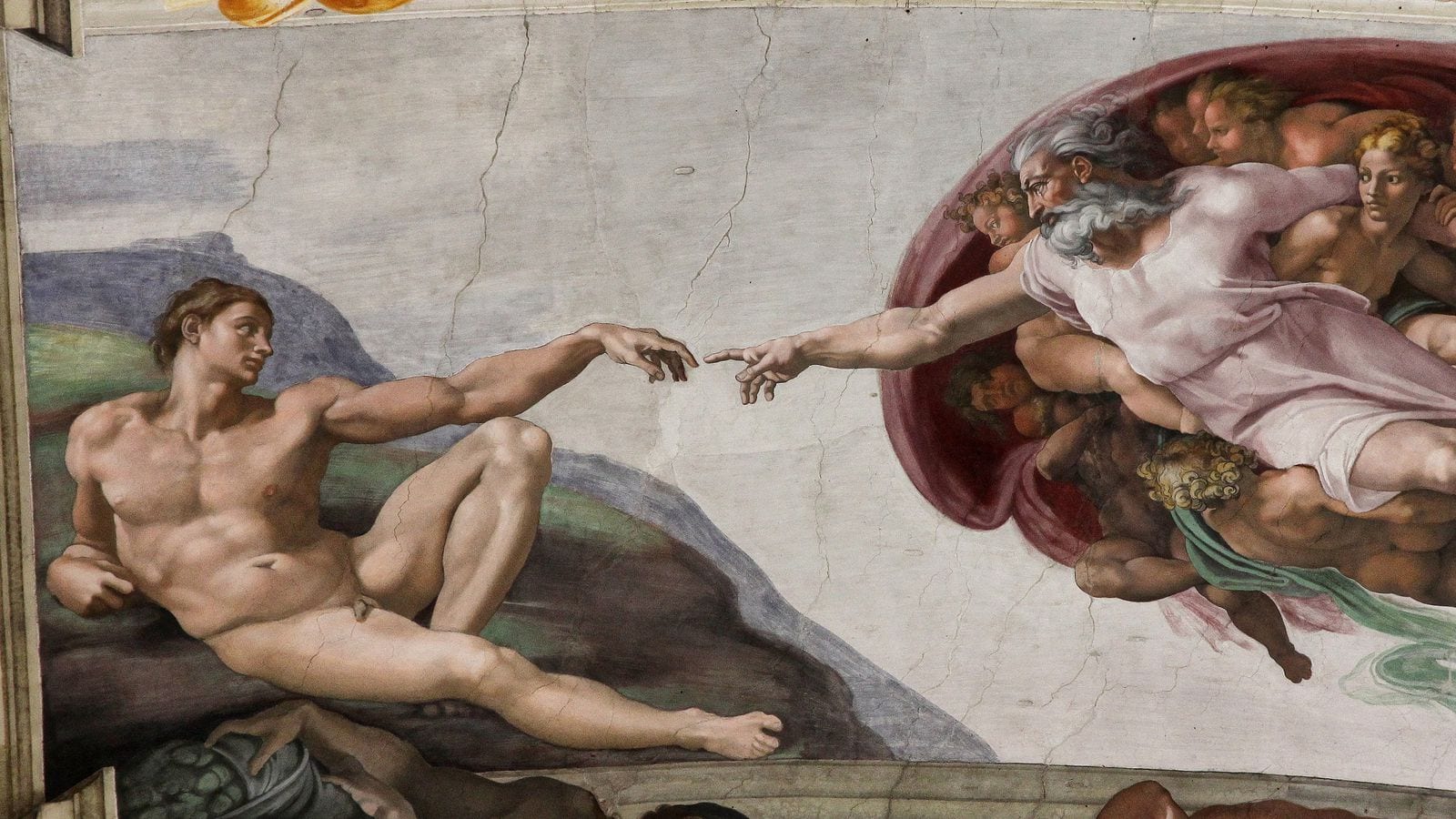 When a people are afraid to use the words and terms of their forefathers, you know they have been intimidated to abandon even their own language and ways of speaking.

Western culture today consists of pornography, sexual deviants, whining wimps devastated by mere words, self-hatred, and craven cowards afraid to stand up for themselves against the onslaught of hate directed toward them by political correctness freaks.

The political correctness people are the most alienated and emotionally weak element in the society. Yet they dominate in the media, entertainment, universities, and art world.

How is it possible that the Washingtonians are prepared to take us to war with real people — Russians, Chinese and North Koreans — two countries that have already whipped us once — and Persians, an ancient race that even the Romans had a hard time with?

Do the fools in Washington really think that our homosexualized, feminized, transgenderized military can take on Russians, Chinese, and Persians? Hollywood can make all the movies it wants with female superheroes, but superheroes are the last thing whining American feminists are.

What Your Sons and Daughters Will Learn at University

Universities in the 20th century were dedicated to the advancement of knowledge. Scholarship and research were pursued, and diverse opinions were exchanged and argued in the “marketplace of ideas.”

This is no longer the case. Particularly in the social sciences, humanities, education, social work, and law, a single political ideology has replaced scholarship and research, because the ideology presents fixed answers to all questions.

And, although the most important thing in universities today is the diversity of race, gender, sexual practice, ethnicity, economic class, and physical and mental capability, there is no longer diversity of opinion. Only those committed to the ideology are admitted to academic staff or administration.

Universities have been transformed by the near-universal adoption of three interrelated theories: postmodernism, postcolonialism, and social justice. These theories and their implications will be explored here.

There Is No Truth; Nothing Is Good or Bad

Postmodernism: In the past, academics were trained to seek truth. Today, academics deny that there is such a thing as objective Truth. Instead, they argue that no one can be objective, that everyone is inevitably subjective, and consequently everyone has their own truth. The correct point of view, they urge, is relativism.

This means not only that truth is relative to the subjectivity of each individual, but also that ethics and morality are relative to the individual and the culture, so there is no such thing as Good and Evil, or even Right and Wrong.

So too with the ways of knowing; your children will learn that there is no objective basis for preferring chemistry over alchemy, astronomy over astrology, or medical doctors over witch doctors. They will learn that facts do not exist; only interpretations do.

All Cultures Are Equally Good; Diversity Is Our Strength

Our social understanding has also been transformed by postmodern relativism. Because moral and ethical principles are deemed to be no more than the collective subjectivity of our culture, it is now regarded as inappropriate to judge the principles and actions of other cultures. This doctrine is called “cultural relativism.”

For example, while racism is held to be the highest sin in the West, and slavery the greatest of our historical sins, your children will learn that we are not allowed to criticize contemporary racism and slavery in Africa, the Middle East, and the equivalents in South Asia.

The political manifestation of cultural relativism is multiculturalism, an incoherent concept that projects the integration of multiple incompatible cultures. Diversity is lauded as a virtue in itself.  Imagine a country with fifty different languages, each derived from a different culture. That would not be a society, but a tower of babble.

How would it work if there were multiple codes of law requiring and forbidding contrary behaviors: driving on the left and driving on the right; monogamy and polygamy; male dominance and gender equality; arranged marriage and individual choice? Your children will learn that our culture is nothing special and that other cultures are awesome.

The West Is Evil; The Rest Are Virtuous

Postcolonialism, the dominant theory in the social sciences today, is inspired by the Marxist-Leninist theory of imperialism, in which the conflict between the capitalist and proletariat classes is allegedly exported to the exploitation of colonized countries. By this means, the theory goes, oppression and poverty take place in colonies instead of in relation to the metropolitan working class.

Postcolonialism posits that all of the problems in societies around the world today are the result of the relatively short Western imperial dominance and colonization. For example, British imperialism is blamed for what are in fact indigenous cultures, such as the South Asian caste system and the African tribal system.

So too, problems of backwardness and corruption in countries once, decades ago, colonies continue to be blamed on past Western imperialism. The West is thus the continuing focus on anti-imperialist and anti-colonialist sentiment. Your children will learn that our society is evil, and the cause of all the evil in the wider world.

Only the West Was Imperialist and Colonialist

This ahistorical approach of postcolonialism ignores the hundreds of empires and their colonies throughout history, as well as ignoring contemporary empires, such as the Arab Muslim Empire that conquered all of the central Middle East, North Africa, southern Europe, Persia, Central Asia, and northern India, and occupied them minimally for hundreds of years, but 1400 years in the central Middle East and North Africa, and occupy them today. China, once the Communists took power, invaded Inner Mongolia to the north, Chinese Turkestan to the west, and Tibet to the south.

Once in control, the government flooded these colonies with Han Chinese, in effect ethnically cleansing them. Postcolonialists have nothing to say about any of this; they wish to condemn exclusively the West. Your children will learn to reject history and comparisons with other societies, lest the claimed unique sins of the West be challenged.

Western Imperialism Was a Racist Project

Postcolonialists like to stress the racial dimension of Western imperialism: as an illustration of racism. But postmodernists are not interested in Arab slave raiding in “black” Africa, or Ottoman slaving among the whites in the Balkans, or the North Africans slave raiding of whites in Europe, from Ireland through Italy and beyond. Your children will learn that only whites are racist.

White Men Are Evil; Women of Color Are Virtuous

Individuals Are Not Important; Only Category Membership Is

Social justice theory has taken university life by storm. It is the result of the relentless working of Marxist theory, adopted by youngsters during the American cultural revolution of the 1960s, then brought to universities as many of those youngsters became college professors.

Marxism as an academic theory was explicitly followed by some in the 1970s and 1980s, but it did not sweep everything else away, because the idea economic class conflict was not popular in the prosperous general North American population.

The cultural Marxist innovation that brought social justice theory to dominance was the extension of class conflict from economics to gender, race, sexual practice, ethnicity, religion, and other mass categories. We see this in sociology, which is no longer defined as the study of society but has for decades been defined as the study of inequality.

Justice Is Equal Representation According to Percentages of the Population

As there is allegedly structural discrimination against all members of victim categories, in order for equality of result to prevail, representation according to percentages of populations must be mandated in all organizations, in all books assigned or references cited, in all awards and benefits.

Ideas such as merit and excellence are dismissed as white-male supremacist dog whistles; they are to be replaced by “diversity” of gender, race, sexual preference, ethnicity, economic class, religion, and so on.

(Note that “diversity” does not include “diversity of opinion”; for only social justice ideology is acceptable. Any criticism or opposition is regarded as “hate speech.”) Academic committees now twist themselves into pretzels trying to explain that “diversity is excellence.”

Members of Oppressor Categories Must Be Suppressed

Of course, the requirement of representation according to population applies only one way: to members of victim classes. If whites, men, heterosexuals, Christians, etc. are underrepresented, that is fine; the fewer the better.

For example, females now make up 60% of university graduates, although in the general age cohort males are 51%. There is no social justice clamoring for males to be fully represented. Members of disfavored oppressor categories are disparaged.

The classics of Western civilization should be ignored because they are the work, almost exclusively, of “dead white men.” Only works of females, people of color and non-Western authors should be considered virtuous. So too in political history. The American Constitution should be discarded because its writers were slaveholders.

Victims of The World Unite!

“Intersectionality” is an idea invented by a feminist law professor. It argues that some individuals fall into several victim categories, for example, black, female lesbians have three points in the victim stakes, as opposed to male members of the First Nations who receive only one point.

Further, on the action front, members of each victim category are urged to unite and ally with members of other victim categories, because sharing the victim designation is the most important status in the world. This leads to some anomalies. Black victims of racism are urged to unite with Arab victims of colonialism, even though Arabs have been and still are holders of black slaves.

Being Educated Is About Being on The Right Side

As Karl Marx said, “The philosophers have only interpreted the world in various ways. The point, however, is to change it.” The objective of a university education today is to ensure that students chose “the right side” in changing the world.

The idea that it probably makes sense to try to understand the world before attempting to change it, is rejected as outmoded, modernist empiricism and realism, now superseded by postmodernism and social justice. If there is no Truth, and whatever one feels or believes is one’s truth, then trying to gain an objective understanding of the world is futile.

Things you are not allowed to say anymore: