90% of Adults Using Cannabis for Pain, Have Either Reduced or Stopped Using Opioids

One of the most classic anti-cannabis myths ever is that marijuana is a “gateway drug.” According to this idea, weed causes people to move into dangerous drug abuse. But, as more and more research is showing, that myth is simply not true.

In fact, the exact opposite may be more accurate. It appears that cannabis can actually help people stop using harmful drugs. Specifically, opioids.

Thanks to a recently published study, there is more evidence than ever showing that cannabis could be a way to help wean people off of potential addiction to opioids.

New Study on Cannabis and Opioids 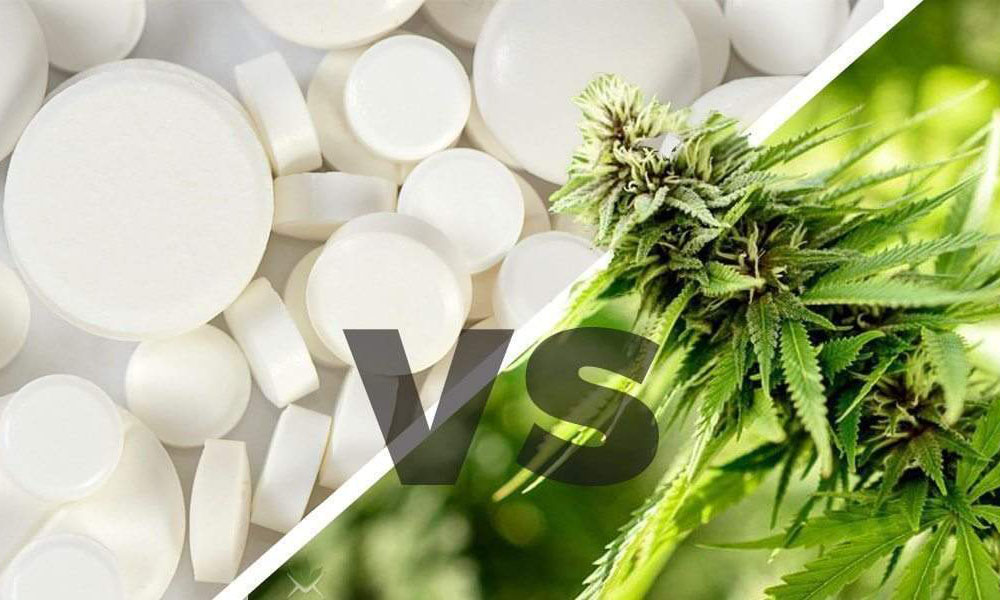 The new study was published in the Journal of Psychoactive Drugs. It looked at survey results from cannabis consumers in Colorado.

Specifically, researchers worked with two dispensaries. The shops asked customers if they wanted to participate in a survey about cannabis consumption and health. In total, there were 1,000 people in the survey.

From there, the survey dug a little bit deeper. Specifically, researchers wanted to see how marijuana consumption might affect the consumption of other substances.

Here’s what they found:

This new data could have big implications. Specifically, for medical patients concerned with opioids. In particular, it could be important for those who end up becoming addicted to opioid painkillers.

Interestingly, this is not the first study to suggest that cannabis might help get people off of opioids.

For example, in May of this year, a study was published. It demonstrated possible correlations between legal cannabis and the rate of opioid prescriptions. This study found that places with legal weed tended to have fewer patients being prescribed opioids.

Similarly, a 2018 study found that states with legal medical marijuana programs had an average of six percent fewer opioid prescriptions.

A similar study found the same thing among older Medicare patients. Specifically, this study found that there were 14 fewer opioid doses per day in states with medical marijuana dispensaries.

Despite the growing body of evidence showing that cannabis may be an effective way to curb reliance on opioids, many researchers believe more work is needed.

“The challenge is that health providers are far behind in knowing which cannabis products work and which do not,” said Gwen Wurm, a researcher from the University of Miami Miller School of Medicine who participated in the newest cannabis-opioid study.

“Until there is more research into which cannabis products work for which symptoms, patients will do their own ‘trial and error’ experiments, getting advice from friends, social media, and dispensary employees.”

How to Avoid the Soul Harvesting Trap: Where Do We Go When We Die? Previous post
Photos Show Kids Laying on Top of Drag Queen at ‘Drag Queen Story Time’ Event Next post