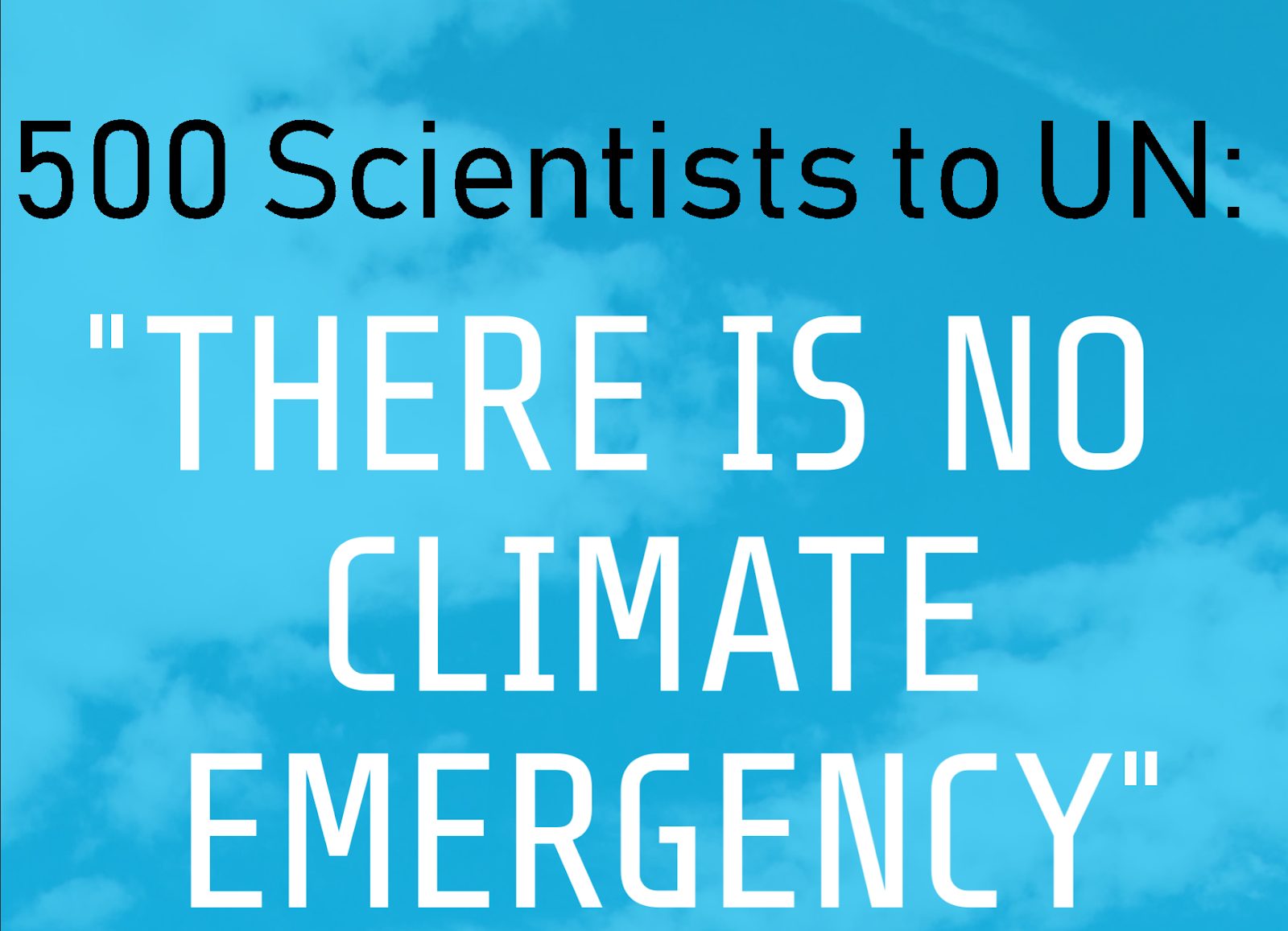 The message was clear: “There is no climate emergency.”

With those five simple words, a global network of scientists and professionals attempted to inject reasonableness and decorum into what should be a robust discussion about a complex scientific and public policy issue, but has instead degenerated into an ever more intense mud-slinging contest over the years.

People on one side of the argument dismiss their opponents as wild-eyed socialists attempting to leverage public fear and ignorance to further their political agenda. On the opposite side, people dismiss those who disagree with their supposedly settled scientific conclusions as nothing more than knowing shills or ignorant dupes of evil energy interests.

In between those extremes that are so popular with armies of public relations professionals, who shape the messages of public interest groups and professional politicians to maximum effect, are a not-so-quiet silent majority of scientists and professionals who take a more measured, reasoned view of the science when considering the supposed climate emergency some say we’re facing. 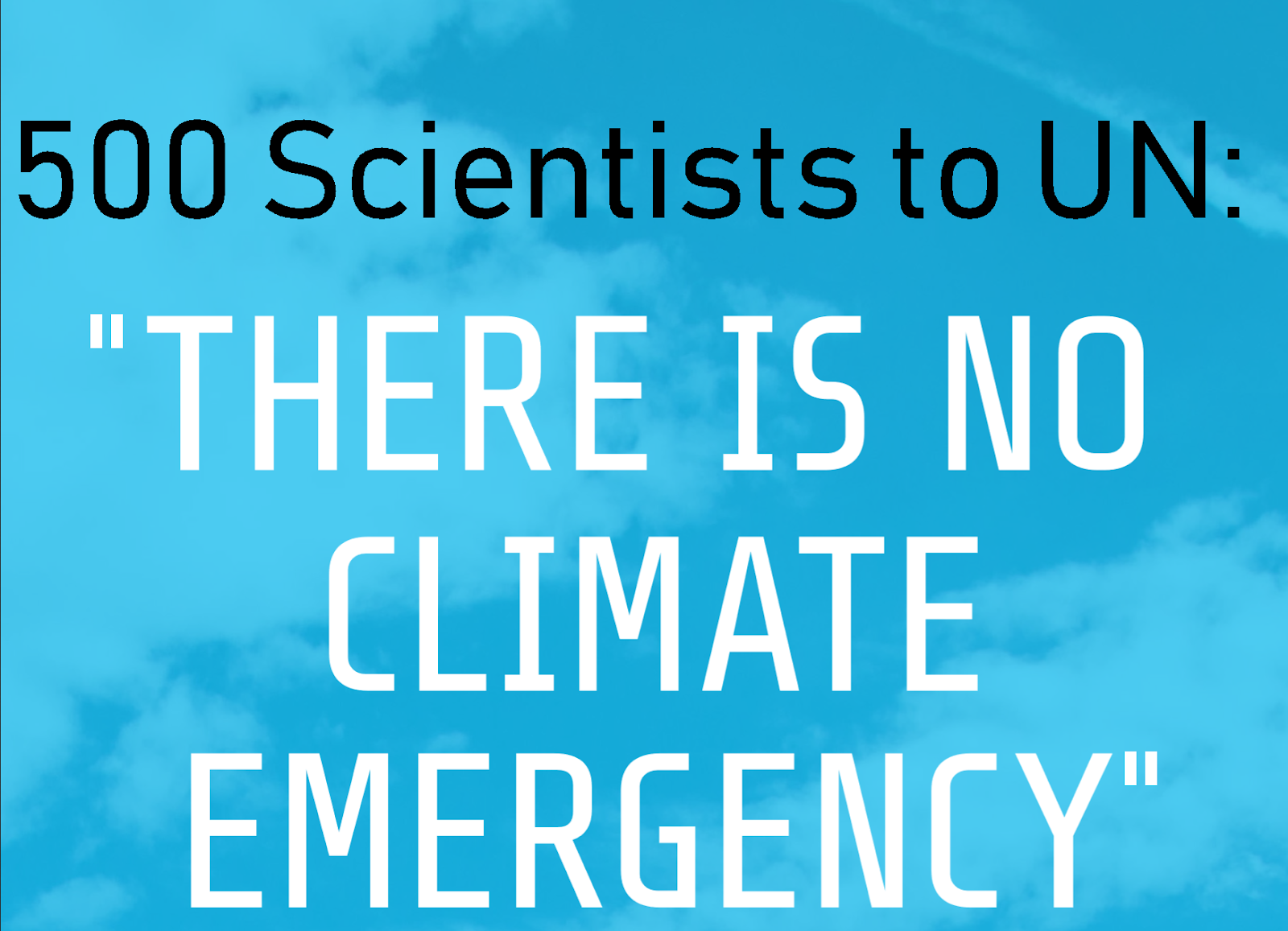 A group of 500-some scientists and professionals signed on to the “European Climate Declaration” that was released last week. This simple, short, and understandable statement proposed how analysis of any public policy issue involving complex science should be approached from a reasoned, fact-based perspective.

Statements such as “97 percent of climatologists agree that anthropogenic climate change is occurring” isn’t a statement of fact, it’s an opinion twice removed. It’s an opinion that involves evaluation of the legitimacy of how the results of the poll in question were sorted to dismiss some answers and allow others, and it’s an opinion in terms of how representative the sample size is with respect to all climate professionals.

Statements such as “modeling shows that catastrophic climate change will occur in the next [pick a number] years unless drastic changes are made” is also an opinion. It’s an opinion because the results of any model, and in particular any model that purports to predict the future of anything as complex as the entire planet’s climate system, necessarily relies on a multitude of choices made by the model’s designer.

The relative importance of the many, many factors that go into the model’s complex calculations are based on the judgments of the model designer, and those judgments are matters of opinion, not statements of fact.

In a letter sent to António Guterres, secretary-general of the United Nations, the leaders of the European Climate Declaration urged the U.N. to “follow a climate policy based on sound science, realistic economics, and genuine concern for those harmed by costly but unnecessary attempts at mitigation.”

Hundreds of scientists and professionals from 13 European nations signed on to the Declaration, supported by fellow signatories from 10 other countries outside the European Union. I was honored to be asked to be one of the signatories from the United States and most enthusiastically agreed to do so.

Shocking censorship: A staggering 30,000+ scientists have come together before and publicly disagreed that humans are to blame for “global warming”. This information is banned from all social media, even thought it is true. Censorship and propaganda are both very real and legal (?) in this day and age.


There is likely to be much criticism of the professional qualifications of many of the signatories, since many, like me, are not climatologists. And yet, so many people speaking out on the issue of climate change who are convinced there is a climate emergency have so little personal understanding of the science involved in the discussion.

Politicians such as Rep. Alexandria Ocasio-Cortez (D-N.Y.), would-be politicians like Tom Steyer, and pundits such as MSNBC’s Chris Matthews have little or no personal understanding of the actual scientific principles involved. They can point to their preferred “expert” and declare that we should trust him or her without question, but they don’t know why.

Even professionals such as mechanical engineer Bill Nye and astronomer Phil Plait, who are very much experts in their own fields, have demonstrated that they have little personal knowledge of the nuances of climate science, though they use their positions and popularity to assume positions of authority regarding this singular issue.

Other vocal non-climatologists such as Lord Monckton, Anthony Watts, Mark Steyn, Steve McIntyre, or a chemist and air quality professional who moonlights as a contributor to The Epoch Times, grasp the principles far more.

I will close with three important claims that form part of the European Climate Declaration. I believe each to be accurate, and hope that reasonable people can use these claims, and the others contained in the declaration, as the basis for civilized, respectful, and meaningful discussions in the future.

Two: “Climate models have many shortcomings and are not remotely plausible as policy tools. Moreover, they most likely exaggerate the effect of greenhouse gases such as CO2. In addition, they ignore the fact that enriching the atmosphere with CO2 is beneficial.”

Three: “There is no climate emergency. Therefore, there is no cause for panic and alarm. We strongly oppose the harmful and unrealistic net-zero CO2 policy proposed for 2050. If better approaches emerge, we will have ample time to reflect and adapt. The aim of international policy should be to provide reliable and affordable energy at all times, and throughout the world.”

Richard Trzupek is a chemist and environmental consultant as well as an analyst at The Heartland Institute. He is also the author of “Regulators Gone Wild: How the EPA Is Ruining American Industry.”