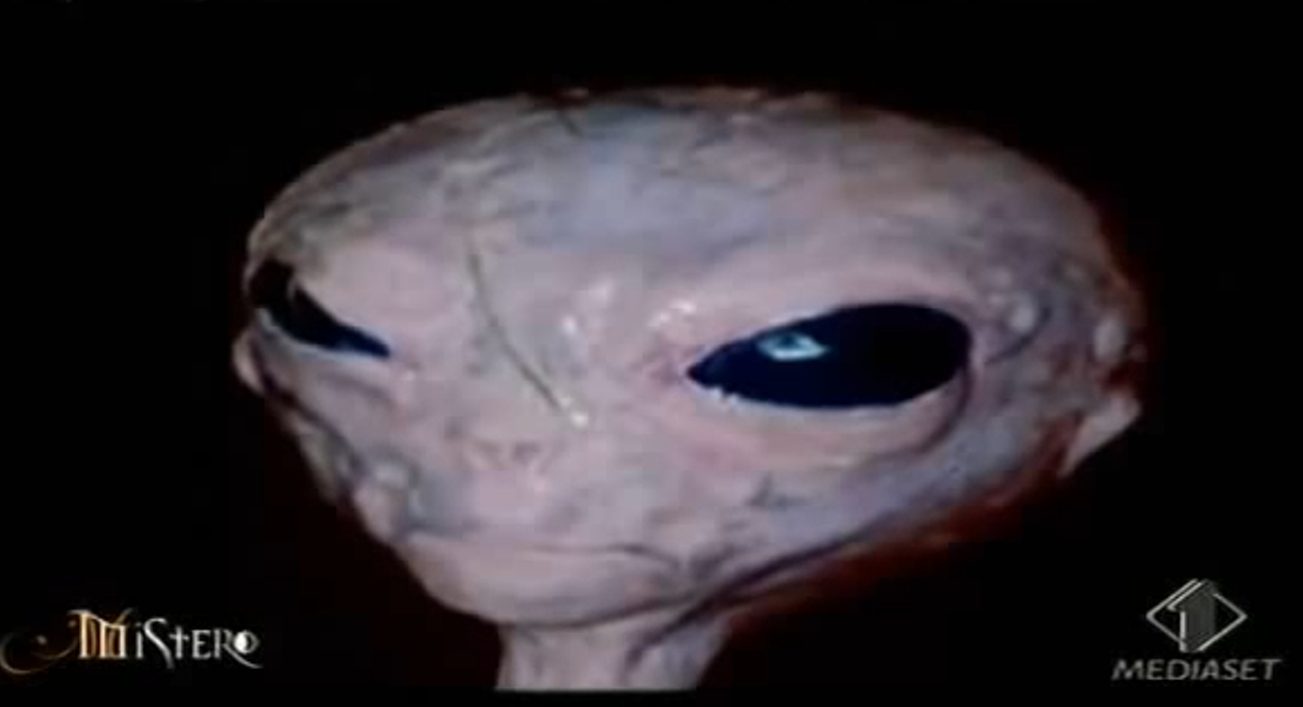 According to the Andromedans, the Greys Have Enslaved Our Souls

The Dow are a small group of Greys that are responsible for many abduction/detentions.

They have very little emotional development, but do possess very strong telepathic powers. These powers are often used to deceive and conceal their true motives and objectives. Their race is struggling to assure their own self-preservation but, as of yet, they have not met with any true success. Unable to attach a soul to their own hybrid bodies, they must strip off energy layers of abductee’s soul bodies.

This energy is then “fed” to infant hybrids in attempts to sustain their life. This same technology is also used to disembody, capture, and contain a soul for future use. They are clearly regressive in nature.

The Dow have their heritage in the system of Zeta Reticuli, with their original place of origin being the star called M-2, in Zeta Reticuli II. Their home sun had burned out and their planet destroyed many thousands of years ago. 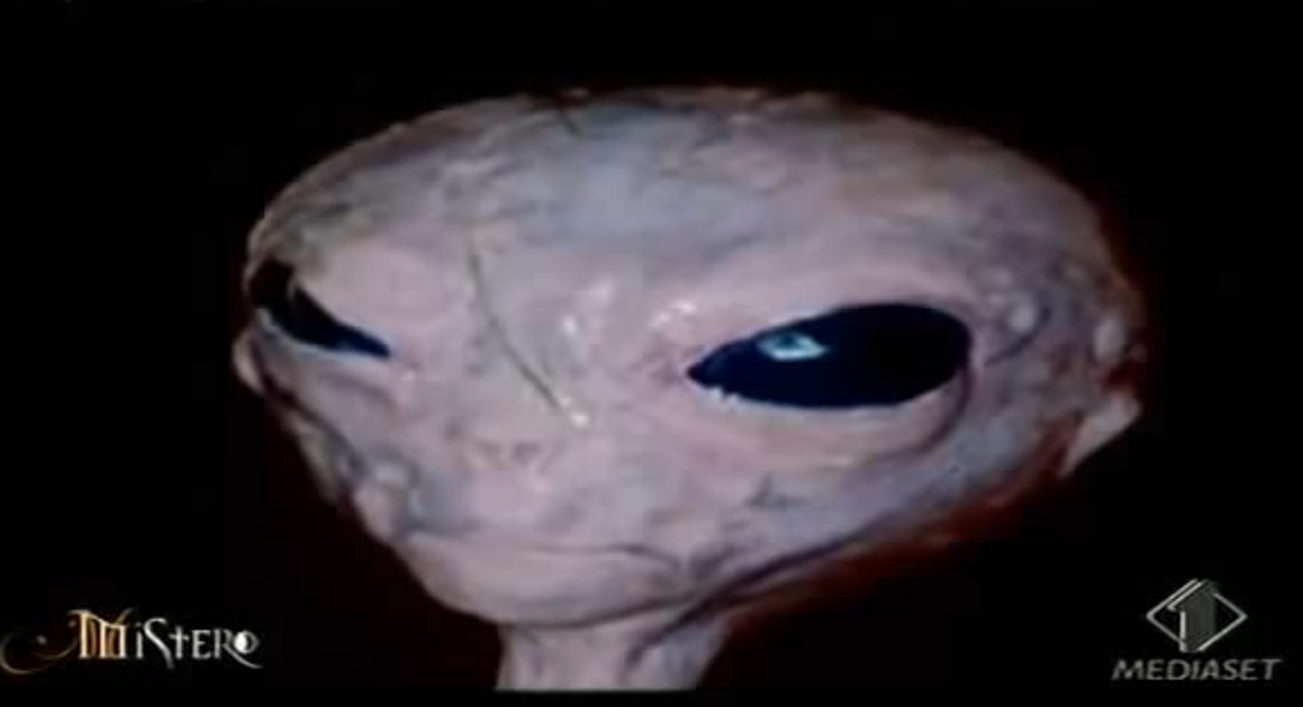 Actual picture of Zeta Reticuli Grey Alien. Here is the story behind the picture. Its body is covered in antiseptic goo and its eyes are covered by black contact lenses (their eyes actually have vertical slits, similar to cats, and they wear protection because our sun is much too powerful for them).

The exact date hasn’t been give yet. They were Reticulans originally, loving healers with tremendous skills in technology and analytical powers. Their cousins, the Zeta’s, who are still there are very much the healers in the Universe, especially on a third and forth density level. This group is said to be very gentle. However, this is no longer the case for the Dow.

As a small group, the Dow ventured out on their own and were captured by the Orion Group. Genetically altered many times through many generations, the Dow became the slaves and pirates in service to the reptilian species, specifically the Orions and the Draconans. The Dow were deliberately altered genetically so that they couldn’t reproduce, ensuring they wouldn’t rise up in force against their captors.

This forces them to stay very much in the survival mode, making them much easier to control. They would like to be free, but instead have become wanderers. They are no longer Reticulans, nor honored in their home systems, because of their abuse of power (service to self) and the fact that they are now on the same side as their owners. They, like their owners, have left a wake of destruction and slavery in their path.

Be very clear about this! The Dow are out for their own survival and will do anything to us, without compassion or understanding of what their actions will or have done to us. I have been told to have understanding of their situation and possibly some inner compassion for their plight, but to fight and stay very clear of them as they are very dangerous to the human Terran race on Earth.

The Dow assignment is to go out in groups as biological and genetic engineers to find underdeveloped worlds and civilizations and then conquer them without force. The Earth fell victim to these plans. The Dow broke Cosmic Law as decreed by the Andromedan Council by interfering with a developing world.

The only group originally given permission to be here was Pleiadian.

Since then, several other groups have also been granted permission. This type of interference is typical of the Orion Group. Here is how the plan was explained to me.

The Dow first make contact with a world that is developing, to what degree I am uncertain. They study all of the world’s religions, countries, governments, etc. then decide which is the strongest and make contact with that nation. Incredible technology is dangled in the face of this nation or nations in order to get treaties signed giving permission for the Dow to be here and study the life forms, etc..

Once this is accomplished, they then slowly take control of the governments that rule the populace and then they become our leaders. Few in the populace really get to know that it has happened.

Clones or genetic doubles are created and programmed to do what the Dow want and then they play upon the greed of the beings on this planet. Frequently, the elite and/or governments sell out their own races to be, or remain, in favor of their rulers.

Once in control, having done so in a most subversive way, the Dow then invite their rulers, the Reptilians and the Orion Group, to the planet to continue the conquest. Here is where it gets difficult for the Andromedan Council.

The Dow are the only group that really violated the Law by coming down in the first place.

The Orion Group and the Reptilians are asked as guests of the ruling race to come to the planet and colonize. The problem becomes how to get the Orion Group to leave of its own volition. They technically have not been the ones to violate the Law of Non-intervention. The Council cannot hold the Orion Group responsible for the actions of the Dow.

Does any of this sound familiar to you? The Council of Eleven have said that this has happened to many other worlds in our Universe and it has also happened to us here on Earth, or Terra, as the Andromedans call us.

The Dow presence here in the United States is strong. While there are less than two-thousand ensouled Dow, there are thousands of clones. The entire group is comprised of a “hive” consciousness by which they are all in contact with each other via a central point where instructions and information is transferred. Presently there are thousands of Dow on both the Earth and our Moon. In 1953, 1955 and 1957 large mother ships took up positions along the equator. Each ship contained thousands of Dow.

Several ships went into the oceans. The largest is still said to be very deep in the Pacific, west of Easter Island. The other two have left orbit…

The Orion Group however, is still here and will be addressed in a future article.

The Dow have also come here with their own agenda, a survival mission to find a home and a way to save their own race from extinction by interbreeding with us — without our consent or real knowledge. They have been crossing our genetics, both DNA and RNA, and attaching some of their genetic material to it, along with other chemical components, to alter us to fit their life forms.

Read and share: Planet Earth is Being Terraformed by Non-Humans.

They are made up of a combination of botanical genetics and reptilian DNA. The reason for the addition of our genetics is to stop their supposed evolutionary decline on a physical level.


Their original agreement was to assist humankind by sharing technology and information. The government, in turn, gave its promise that the Dow could study our civilization, in complete secrecy in underground bases (Dow avoid bright light) built by the government, all without public knowledge.

Almost immediately the Dow broke the agreement and used their technological strengths to take control of events here on Earth.

The government did not want to tell the people in their respective nations for fear of retaliation from the masses and the aliens. Out of desperation, the secret governments started to experiment with time travel [i.e. the Montauk Projects], to send people into the future to find and acquire future technology to bring back here to our present that we could use against our conquerors now in the present. This, the Council of Eleven have said, is the reason our secret government went to any length to accomplish the goal.

The Dow have created this same type of scenario on 26 other worlds in our Universes present time. They have enslaved these planets for their rulers and have broken the will and the spirit of many.

We ourselves could suffer a similar fate if we are not careful about our own belief systems.

Read and share: The Ongoing Alien Agenda of Replacing Humans With Hybrids

Alexander: Before concluding this article, I would like to bring to your attention an event that took place in the UK, and which, in my opinion, involved two alien hybrids. As the description of the video from 60 Minutes Australia states, “this story is so extraordinarily bizarre it defies any logical explanation. In fact, it’s so weird, if it wasn’t for the cameras, you’d be hard pressed to believe any of it even happened.”

Sources: Alex Collier, Bibliotecapleyades.net; YouTube.com
Sweden: One in Four Women Are Afraid to Leave Their Homes in Fear of Being Assaulted by Migrants Previous post
Many Countries Have Banned or Restricted Cell and WiFi Radiation to Protect Children and Pregnant Women Next post