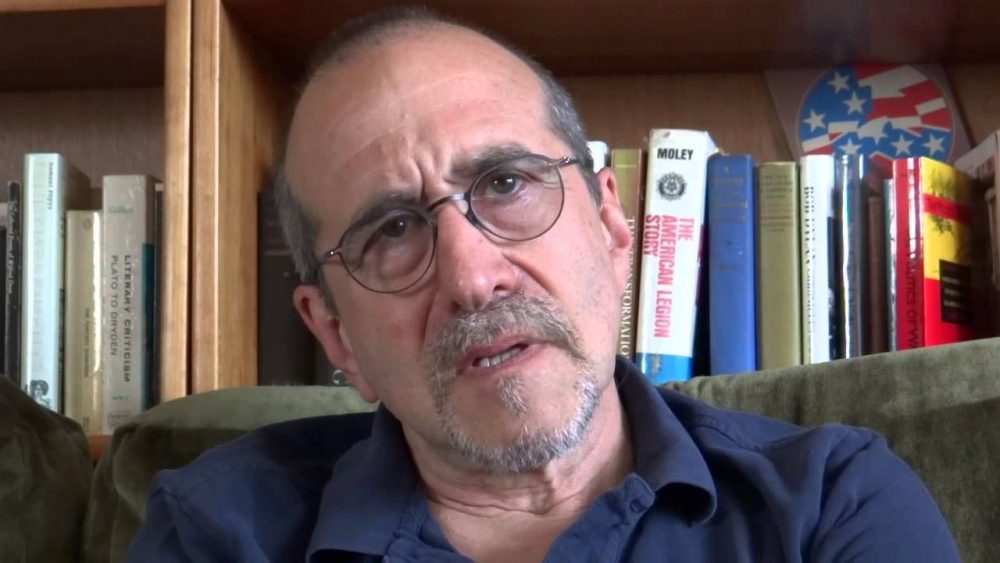 Mark Crispin Miller, a Professor of Media Studies at New York University, is best known for his analysis of U.S. Election fraud and the overall deception and obfuscation of truth perpetrated by those at the top of the power pyramid.

He characterizes the books that serve the truth about American history, politics, war, economics, and media as ‘an embarrassment of riches,’ but his aim is to sift through all these books and find the ones that most pressingly need to be heard about, known, and widely read.

He speaks about why these books, many of which are ‘out of print,’ need to be re-introduced to the public for consumption as they were targeted by the Deep State as books that were to be buried. 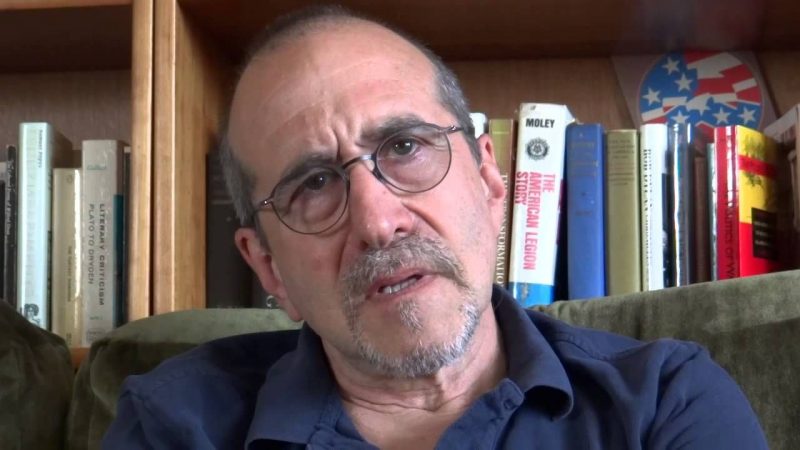 In the video embedded below, he talks about some ways that this is done:

We don’t ban books. The first amendment prohibits it. But there’s more than one way to skin a cat, and in fact, hundreds of books on crucial subjects, indispensable books, books full of truths that Americans really ought to know have been undone in one way or another.

Threats of litigation, for example, by powerful interests, reviewers ‘freezing out’ certain titles, or, what happens most often is, books are written off as ‘conspiracy theory.’

While in the video Miller talks about the five books in depth, he says that this short list is part of a much larger initiative:

What we’re doing, it isn’t just listing five of these books; those are the first five books in a new series called ‘Forbidden Bookshelf,’ whose purpose is to make important works that are now out of print available again, and the great majority of these books were indeed deliberately ‘done-in’ by powerful interests, by the CIA, by corporate powers and so on.

We’re taking advantage of the digital revolution to do a dozen books a year (we’re doing e-books) so that Americans can finally get a hold of these crucial writings.

The Forbidden Bookshelf, which is part of the Open Road Integrated Media Publishing Site, can be found here. Founders of the Forbidden Bookshelf suggests that ‘by looking deep into the darker trends and episodes in US history, these brave works help show how America became the land it is today, and how we might start to change it.’

Miller explains the thought process behind deciding that these five books were to be the first ones promoted by his group:

‘We picked the first five because they offered a very interesting range of different concerns and also because I’d say four out of the five really speak to the moment we’re living in right now.’

Here are the 5 books:

1. The Phoenix Program, by Doug Valentine. In the darkest days of the Vietnam War, America’s Central Intelligence Agency secretly initiated a sweeping program of kidnap, torture, and assassination devised to destabilize the infrastructure of the National Liberation Front (NLF) of South Vietnam, commonly known as the “Viet Cong.”

Between 1965 and 1972, more than eighty thousand noncombatants were “neutralized,” as men and women alike were subjected to extended imprisonment without trial, horrific torture, brutal rape, and in many cases execution, all under the watchful eyes of US government agencies.

2. The Lords of Creation, by Frederick Lewis Allen. As modern society continues to be affected by wealth inequality and cycles of boom and bust, it’s as important as ever to understand the origins of financial disaster, and the policies, practices, and people who bring them on.

The Lords of Creation, first published when the catastrophe of the 1930s was still painfully fresh, is a fascinating story of bankers, railroad tycoons, steel magnates, speculators, scoundrels, and robber barons. It is a tale of innovation and shocking exploitation — and a sobering reminder that history can indeed repeat itself.

3. Blowback, by Christopher Simpson. Blowback is the first thorough, scholarly study of the US government’s extensive recruitment of Nazis and fascist collaborators right after the war.

Although others have approached the topic since, Simpson’s book remains the essential starting point. The author demonstrates how this secret policy of collaboration only served to intensify the Cold War and has had lasting detrimental effects on the American government and society that endure to this day.

4. The Search For An Abortionist, by Nancy Howell Lee. In the years before Roe v. Wade, women seeking to end their unwanted pregnancies had limited options—many of them dangerous, even potentially fatal, and nearly all of them illegal.

This groundbreaking work by sociologist Nancy Howell Lee, first published in 1969, takes an intimate look at the entire abortion process — from the initial decision to terminate a pregnancy through the procedure itself and the aftermath — providing an incomparable view of what is still one of the most controversial and divisive issues in America.

5. Interference, by Dan E. Moldea. According to investigative journalist Dan E. Moldea, for decades the National Football League has had a strong and unspoken understanding with a dangerous institution: organized crime.

In his classic exposé, Interference, Moldea bares the dark, sordid underbelly of America’s favorite professional team sport, revealing a nest of corruption that the league has largely ignored since its inception.

Our mainstream media and popular culture – and you could probably throw in our educational system as well – make a concerted effort to keep us away from the truth about how our world really works, especially truths that would threaten the credibility of our authority and the controlled narrative they promulgate.

As seekers of the truth, one of the best ways we can gain the knowledge we seek is to be reading books whose main purpose is to uncover the real stories that have been hidden from the limited and misleading mainstream narrative that we are saturated with.

Perhaps an even greater opportunity lies in sharing such books with friends and relatives who have not yet become aware of the inconsistencies and deception behind the mainstream facade, especially if you find a book that is in that person’s area of interest.

Very often, it is a single book that unmoors someone from the passive acceptance of the current narrative and sets them off on their personal journey of exploration and discovery.

How many fervent truth-seekers start to describe their journeys by saying ‘It wasn’t until I read such-and-such book that I realized…’.

Let’s take a little time to read these types of books a bit more, as well as spreading the word about books that promote the truth. After all, we are in this together.

Cop Will Do Less Than 2 Years for On-Duty Sex Assault of 16 Women, Won't Register as Sex Offender Previous post
This Holiday Season, Thank the 2,000 DHS Employees for Volunteering to Separate Kids From Their Families Next post