Greta Thunberg is being taught to Swedish children as part of a course about “religious knowledge,” with kids being asked to mock her opponents.

News outlet Samhällsnytt reported that the 16-year-old climate activist is now included in the school curriculum and is being portrayed in an overtly sympathetic light, with the course describing her as an “alarm clock” that “allows us to discuss, talk, and reflect on what is happening to our world.”

According to one student, “Greta is practically painted as a saint.”

Students are tasked with making memes about Greta that mock her opponents and disprove criticism that has been leveled at her.

“In one task, they are asked to find a picture to illustrate the sentence “One simply doesn’t mess with Greta,” a nod to an outdated Boromir meme from “Lord of the Rings,” reports Sputnik. 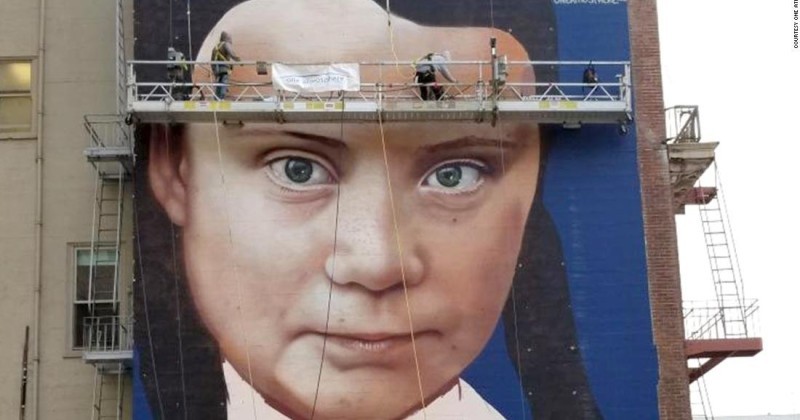 According to education publisher Liber, including Greta in lessons is “important to constantly offer materials and teaching materials that reflect the contemporary.”

To the left, Greta has been exalted as some kind of religious figure but given her recent ominous appearance on a looming mural in San Francisco, others view her as a cult leader.

Churches in Sweden are now ringing bells in her honor, while last year the Church of Sweden proclaimed Greta to be “Jesus’s Successor.”

Last month, another mural of Thunberg was defaced in Edmonton, Alberta, with the vandal telling Greta to stop lecturing him on how to live his life.

As I document in the video below, Greta is just another massive hypocrite being used to push an alarmist, hysterical global warming narrative that has been disproved time and time again.

Branding Expert Wants to Rebrand "Global Warming" Because It's Not Scary Enough Previous post
Multiple Researchers: Great Pyramid And Sphinx Are MUCH Older Than Previously Thought Next post