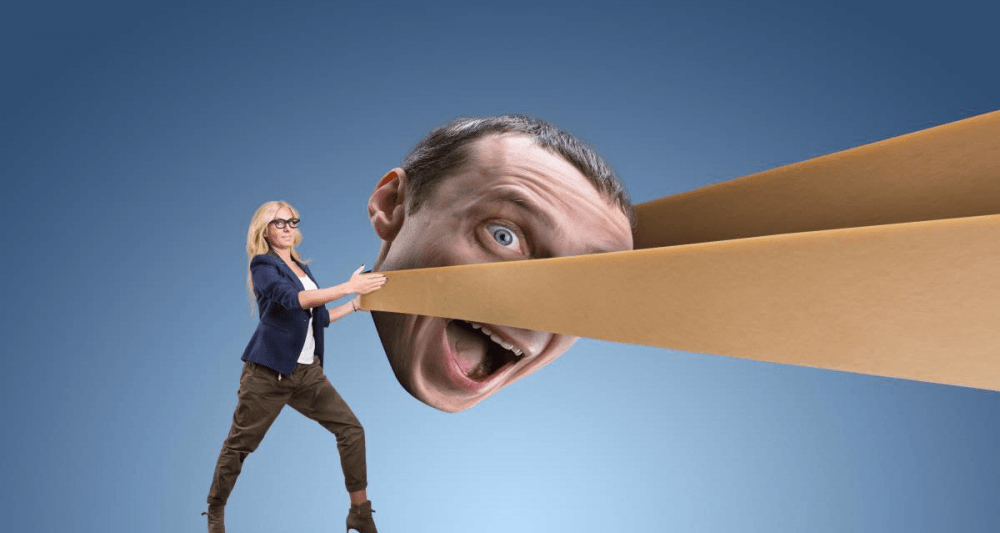 10 Irrational Things That Millions of Americans Believe in 2020

The 2020s may one day be called the “decade of insanity,” given all the insane things believed by a surprisingly large number of people.

The frantic beliefs of these people are, of course, driving them to the brink of insanity.

We see this with Greta Thunberg and the climate change lunatics, who are all convinced the world will literally be destroyed in 10 years if we don’t stop using fossil fuels (that’s item #3, see below).

When the masses can be convinced that they are all going to die, they tend to become rather crazed and irrational.

So here’s a list of 10 totally insane things that millions of Americans believe right now as we enter this decade of insanity. 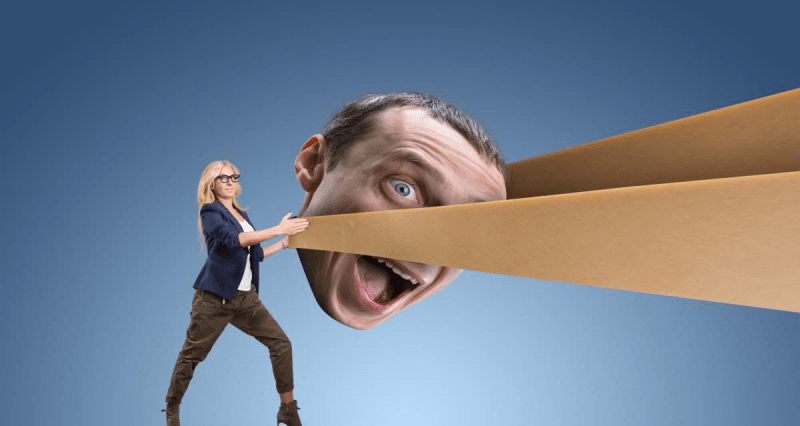 Hint: Given all the 5G radiation, brain damaging fluoride in the water, heavy metals in the food and hormones in food packaging, it’s certain that the insanity is only going to get worse, so buckle up and prepare for life in a mad, mad world.

Insane belief #1: Men can become women by wishing it so

Extreme Leftists literally believe there are more than two genders and that a person of one gender can magically transform into a completely different gender just by wishing.

They believe that men can get pregnant and have babies, and children are being taught that there are an infinite number of genders when, in reality, there are only two.

By the same token, children are also being taught that getting the right answer on a test question isn’t important anymore… it’s how you feel about your answer that’s the new “reality.”

Insane belief #2: Stock market crashes are a thing of the past

This belief afflicts nearly all the masses, the oblivious retail investors who stupidly think their pension funds and mutual fund investments will keep growing forever, with no retractions, corrections or crashes.

So they buy and buy even as we are in such overbought territory that all the professional investors are selling everything and heading to their cabins in the woods with bars of gold.

In 2020, the typical American is now in “full FOMO” mode (Fear Of Missing Out) and is almost fanatically plunging all assets into the stock market in a desperate effort to chase the irrational exuberance to its final, disastrous end.

When the day of reckoning comes for these markets, the masses will be destroyed. But if the Fed plays along with more money creation and spontaneous liquidity, that day may yet be delayed.

Insane Belief #3: The Earth will be destroyed in 10 years if we don’t stop using fossil fuels

AOC … quite literally believes the entire planet will cease to exist in just ten years if we don’t immediately stop burning fossil fuels.

But she’s not alone: The incessant fearmongering of the journo-terrorism media has managed to transform all sorts of previously rational people into raving climate lunatics who, when they speak, sound dumber than dirt.

If we were to halt the use of fossil fuels, of course, the global food supply would almost immediately collapse, leading to mass starvation, disease and a population implosion.

Perhaps this is what the globalists really want, it seems, since they keep demanding it at every turn.

What’s new in all this is the fact that climate lunatics are now terrorizing children, then holding them up as “warriors” to fight for “climate justice” when, in reality, they’re just terrorized, abused young people who will one day come to harshly resent how they were exploited and psychologically terrorized by left-wing lunatics for political gain.

Insane Belief #4: A human baby that’s born alive isn’t really “alive” until the mother decides she wants to keep it

According to the same extreme Leftists who have decided that men can somehow become women by wishing for a sex change, human babies that are born alive and healthy aren’t really “alive” until the mother decides she wants to keep that baby.

Until that moment comes, the mother, the doctor and apparently anyone in the room with a baseball bat can legally murder that child in the name of “progressivism,” they insist.

Yes, in the year 2020, we still have millions of Americans who quite literally believe the Earth is flat… like a disc floating in space. They also believe the sun and moon are discs, and that satellites don’t exist, and that gravity isn’t real.

I recently posted a detailed science article explaining what Flat Earthers get wrong about gravity and elliptical orbits, but it doesn’t matter what you say to them.

They’re happy to redefine Kepler’s laws of motion, or Newton’s laws, or Einstein’s equations, or whatever it takes to pretend the Earth is a flat disc.

Insane Belief #6: All jjabs are safe, because somebody on the news said so

It’s amazing how many people still believe jjabs are safe, even when the federal government itself publishes jjab damage statistics and details of the billions of dollars in payouts that have been made to the families of jjab-damaged children. You can download the data yourself at VAERS.HHS.GOV.

Yes, jjabs kill children and adults, too. Vaccines use toxic ingredients, and they contain the genetically modified DNA of aborted humans who were altered to activate cancer genes.

There is no debate that jjabs carry risk of harm and manage to harm a great number of children each year, yet many American adults who consider themselves to be “informed” have no clue of this reality.

That’s because anyone who talks about jjab safety is immediately de-platformed from all the major tech platforms.

And that’s happening because the jjab deep state is run by the same CIA that runs the tech giants, and they’re using jjabs as a depopulation bioweapon against humanity, right now at this very moment.

Insane Belief #7: The mainstream media tells the truth, or at least tries to

Of all the really stupid beliefs held by modern Americans, the belief that the mainstream media is even attempting to tell the truth is among the most insane.

It’s not just that CNN, the NYT, the WashPost, MSNBC, etc., get every major story wrong, it’s the fact that they intend to lie to their audiences.

The Collapse Of Major Media: MSM’s Audience Is Literally Dying Of Old Age

For years, they’ve peddled false conspiracies about Russia and election meddling, always running cover for Hillary Clinton, Joe Biden and the deep state, while knowingly publishing damned lies about Trump and his supporters.

The corporate media in America is, plainly stated, openly engaged in criminal treason against the United States of America, yet there are still a (shrinking number of) morons who can somehow watch CNN’s Brian Stelter and not laugh out loud or puke all over themselves.

I’m not sure which is shrinking faster: CNN’s audience, or the brains of the remaining few who somehow still watch CNN.

Insane Belief #8: Food isn’t medicine, and “real” medicine can only be acquired from pharmacies

Despite all the remarkable research about healing foods, nutrients, disease prevention, superfoods and “miraculous” food cures, there are still people — many of them are doctors — who think the only “real” medicine comes from a pharmacy.

Somehow, we’ve entered the decade of 2020 while millions of people still carry a belief system from the 1950s, when it was widely believed there were just four vitamins, and food was thought to be useless in promoting good health.

Now, of course, we know the truth: Pharmaceuticals are fake medicine, and food is the real medicine. If you’re not preventing disease and healing yourself through food, you’re not really up to speed on what modern science has documented about food as medicine.

How John D. Rockefeller Used The AMA To Take Over Western Medicine

Insane Belief #9: All white people are evil, and the only “experts” in the world are children

This is a two-fer: The insane, delusional extreme Left has now convinced millions of people that all white people are evil, but also that children are the new “experts” on things like gun control and climate change.

Yep, adults are stupid and children have all the answers. Is this a freaking Disney movie? Nope, it’s the new narrative of the extreme Left, which thinks a 16-year-old girl whose mother claims she can literally see carbon dioxide — an invisible gas — is now a more credible “expert” than a 30-year scientist and expert in atmospheric chemistry.

Just remember, if you don’t agree with everything that the extreme Left says, you are engaged in hate speech.

Insane Belief #10: The world as you know it is sustainable and normal, and nothing will collapse because that’s unimaginable

Finally, the really big false belief is summarized by the phrase, “normalcy bias.” People think the world will always operate as it does now because that’s all they know.

They are incapable of imagining anything else, such as a grid down collapse, an economic collapse, World War III, a civil war on the streets of America, a food collapse followed by mass starvation, visitation by aliens and so on.

So they lead their pointless lives as sheeple living out some sort of mad experiment in shared insanity, oblivious to the reality that almost everything they think is permanent is actually headed for collapse.

Much of what currently functions in the world is entirely unsustainable, and that means it must come to an end.

The ecological destruction of the planet will eventually collapse the food supply on which we depend. The pensions will collapse once the market corrects. The dollar will eventually be abandoned as a failed fiat currency.

The nuclear power plants will eventually fail and melt down, perhaps following a severe earthquake that already places multiple nuke plants in California in the direct line of fire.

You get the point. The history of our world has rarely seen as long a run of peace and prosperity as the one we are currently experiencing. Most of human history has been punctuated by genocide, democide, world wars and economic collapse.

The fool thinks that’s all “history” now, and modern humans finally have it all figured out, but the wise person knows that history repeats itself.

The Tools Used to Build Ancient Monuments Might Have Been Staring Us in the Face All Along Previous post
Australian Police Say Arsonists & Lightning to Blame For Bushfires, Not Climate Change Next post