The Japanese government is refusing to allow independent testing of contaminated water found in the nuclear power plant at Fukushima, which has been leaking ever since a tsunami and earthquake devastatingly hit the facility in March 2011.

The decision not to allow independent testing was allegedly arrived to over “safety concerns” in relation to the storing and transportation of the radioactive water.

“Other organizations are not permitted to carry out tests of the water… If we are going to allow external organizations to test the treated water then we would need to go through very strict procedures and due process because that water is contaminated. If it is taken outside this facility, then there need to be strict regulations.” – Hideki Yagi, a spokesman for the Tokyo Electric Power Company (TEPCO) 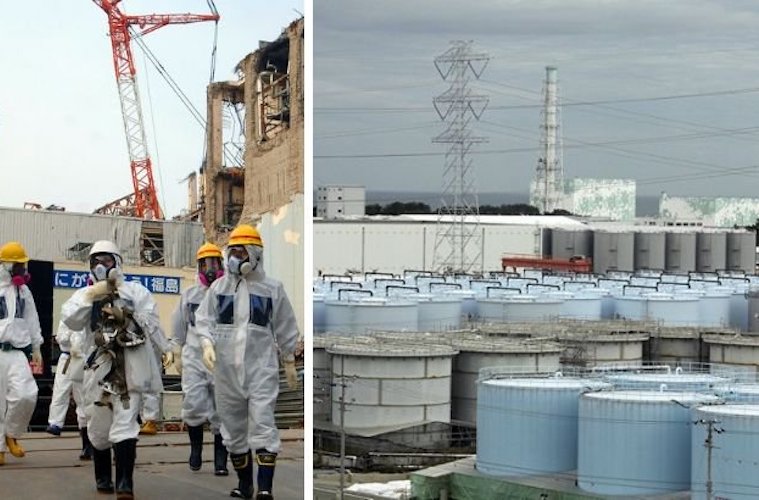 Tepco: ‘Decision Has Already Been Made’ To Release Entire Fukushima Waste Into Ocean

However, independent environmental groups including Greenpeace and Citizens’ Nuclear Information Centre (CNIC) assert that this is indeed a cover-up against the true level of contamination in the water used to cool three damaged reactors.

“There would need to be lots of checks because there is a lot of water, but right now it looks very much to the outside world that they are trying to cover something up – as they have a long history of doing.” – Hideyuki Ban, co-director of CNIC

Although the contaminated water is deemed too dangerous to test for potency, the government of Japan and TEPCO both regard it as not too dangerous to dump into the pacific ocean as they likely plan to do as soon as their storage tanks reach maximum capacity in the summer of 2020.

The amount of contaminated water at Fukushima is astounding. On top of an undisclosed amount which we still don’t know the potency of, ground water continues to seep into the basement levels of the facility with an additional 120 tons accumulating every day, according to the London Telegraph.

The decision not to allow third-party testing of the contaminated water at Fukushima is not only causing the public to lose faith in the government’s ability to safely manage emergencies, but whether Japanese citizens can trust them to tell the truth about the dangers they face as a country.

“Tepco has lost trust across society in Japan as well as in the international community, including in South Korea, and providing samples for analysis would be in their best interests – unless they are covering something up…so providing samples that could verify their reports on content would go some way to demonstrating their commitment to transparency.” – Shaun Burnie, Senior Nuclear Specialist for Greenpeace

In 2016, the Japan government estimated the cost of the Fukushima disaster to be about 21.5 trillion yen ($188 billion), nearly doubled compared to their previous projection of 11 trillion yen in 2013.

In 2012, exactly one year after the disaster, 79.6% of polled Japanese citizens favored phasing out nuclear power altogether. This led to the then-prime minister Yoshihiko Noda announcing a plan to phase out Japanese nuclear power completely by 2040.

However, current prime minister Shinzo Abe walked back that statement in 2016, announcing that Japan “cannot do without” nuclear power as anywhere from 3.1-4.7% of Japan’s electricity is supplied by nuclear. By 2030, the government that number to be between 20-22%.

Since Abe’s government took power in late 2012, they have given the green light to several nuclear power plants, including the Onagawa reactor which was also damaged by the earthquake on March 11, 2011.

They claim that the disposal of Fukushima’s radioactive water will have only a “small” impact on humans, but how do we know that’s true without independent testing?

How do we know what impact the radiation will have on marine life, fish, and in turn, humans who eat fish caught near the dumping site?

The Japanese government and nuclear companies want you to believe that what they’re doing is completely safe, “but that has to be full of caveats because the way that information has been presented is confusing and not transparent so ordinary people do not understand and cannot make informed decisions,” says Azby Brown, lead researcher for Safecast Japan, a Tokyo-based group which monitors radiation.