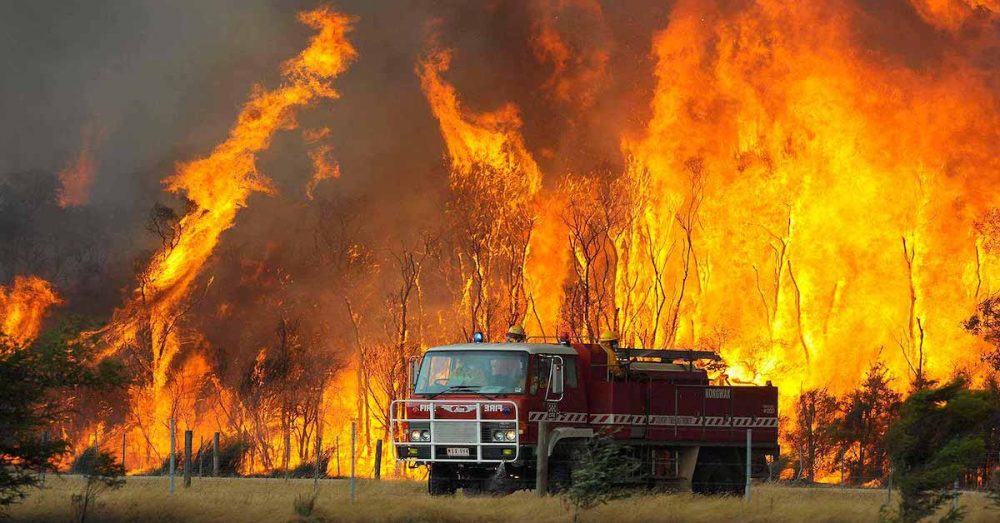 Following accusations from ITV Good Morning Britain weather reporter Laura Tobin that Kelly was a “climate denier,” a common tactic used by activists when presented with real-world data that does not conform to the global warming narrative, host Piers Morgan concluded the interview:

“I gotta say, wake up. Wake up! Climate change and global warming are real! And Australia right now is showing the entire world just how devastating it is. And, for senior politicians in Australia to still pretend there’s no connection is absolutely disgraceful.” 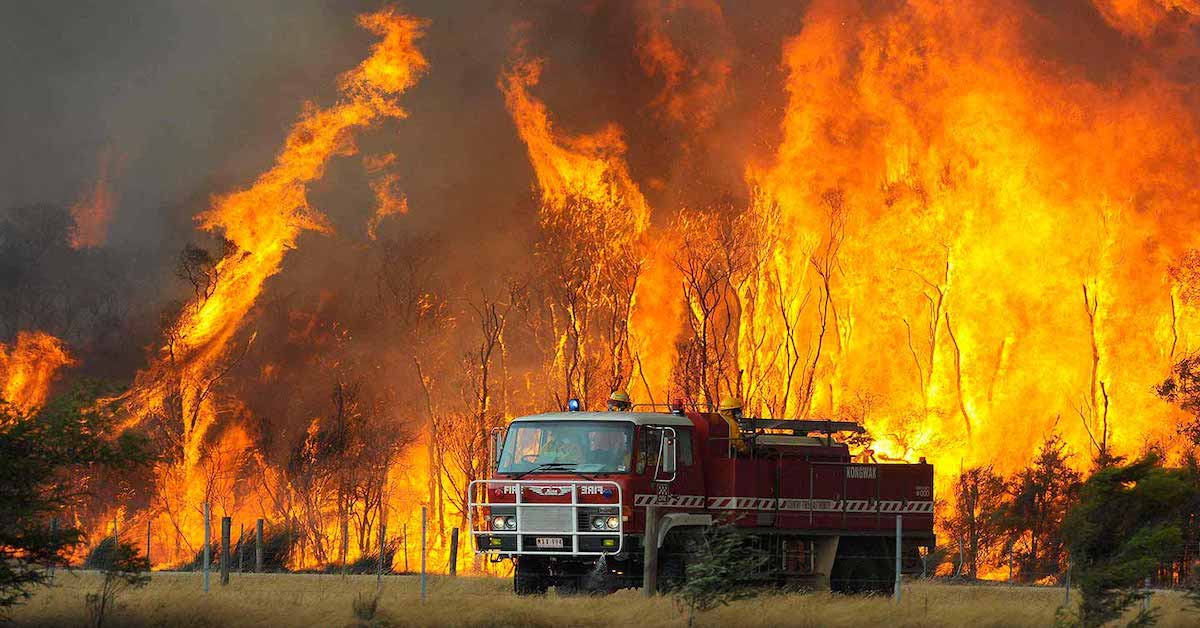 Besides the fact that Kelly was not denying global warming, what he said was generally right. Climate change did not cause the Australian bushfires.

Kelly correctly identified a major cause of the fire problem as the failure of governments to properly clear out the underbrush that, left to accumulate over years, acts as a tinder box for bushfires.

“Now, we have record fuel loads on the ground, that’s the bush that accumulates over the years, and every single royal commission we have had from our past bushfires have said that we have to reduce those fuel loads. And that is the main issue. And yet we have failed to do so.

“Just one example: the Royal Commission in 2009 called for a minimum burning of 5% of that state’s forest in Victoria. That would amount, over the past two years of something like 770,000 hectares that should have been back burned and the actual number was something only about 200,000. We have a record amount of fuel load and that’s … [interrupted by Piers Morgan].”

“Fuel load rules. Spending resources and intellectual capital on climate change considerations is as effective at mitigating bushfires as changing the colour of the paper used in reporting them.”

Later in the interview, Kelly pointed out that drought was also an important contributor to the bushfires but explained,

Kelly was correct again. Here is the graph of rainfall from the Australian Bureau of Meteorology (BOM). 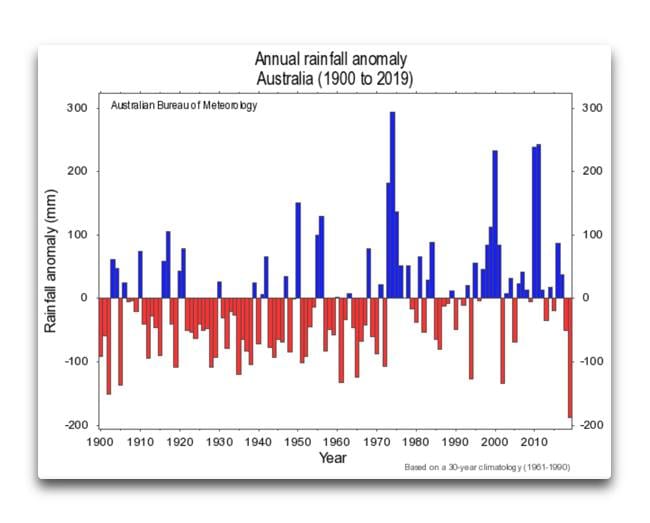 Tiffany Taylor, an associate policy analyst for The Heartland Institute, summarizes this issue well in the video that may be viewed here.

In her attack on Kelly, Tobin mistakenly brought up on the “driest year ever recorded” in 2019 as evidence of dangerous climate change. But her comment is meaningless due to shortness of the record and the fact that it takes 30 years of weather data to constitute a single climate data point. A record in one year, or even several, proves nothing about climate.

Tobin also seems unaware that, according to the BOM, rainfall during the northern wet season has been considerably above average for the past two decades.

Watts Up With That, “The world’s most viewed site on global warming and climate change” reported on January 16:

“If global warming were to expand the tropical belt, pushing the Monsoon rains south, Australia would likely receive more rainfall overall, not less.”

Dr Paul Read, co-director of the National Centre for Research in Bushfire and Arson, said the great majority of bushfires are deliberately lit by “cunning, furtive and versatile criminals”.

“About 85 per cent are related to human activity: 13 per cent confirmed arson and 37 per cent suspected arson,” he said. “The remainder are usually due to reckless fire lighting or even just children playing with fire.”

And, of course, lightning strikes cause many fires. These strikes occur more frequently in areas where fires occur because of the type of clouds that form, cumulonimbus, and the precipitation they produce. Cumulonimbus are the only clouds that produce lightning.

In recent weeks, various other parties have also blamed the Australian bushfires on global warming supposedly caused by rising carbon dioxide (CO2) levels. But, as so often occurs in the climate change debate, they have their science backwards.

As CO2 rises, stomata, the pores in plant leaves, are open for shorter lengths of time. Plants therefore lose less water to the air and so more of it stays in the soil, again reducing fire potential. 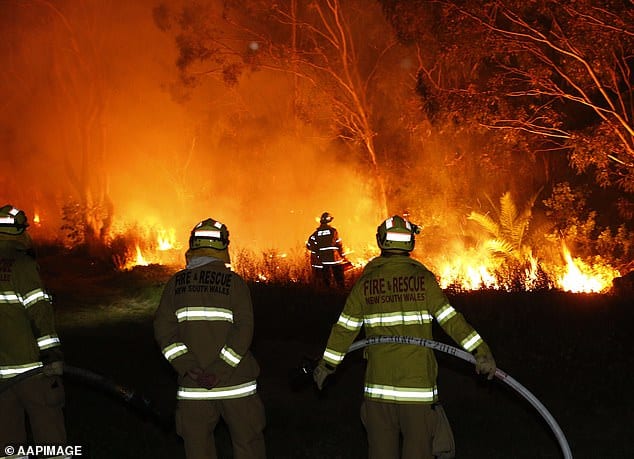 Australia is facing a horror bush fire season this year which could bring the same consequences as the blazes tearing through the Amazon rainforest.

A closer look at the issue reveals that fire has benefits as well as risk. Indeed, it is an essential part of the natural cycle. Fire clears off dead debris as plants go through their lifecycle.

There is a special area of botany called Fire Ecology that studies the role and importance of fire in ecosystems.

In most ecologies, especially forests, many plants require fire to soften or open the seeds to start life, although the seed shell must survive the fire first.

One example of such a seed occurs in the vegetation of what is called a Mediterranean climate. California is an example of this type.

It is a unique climate zone because 70% of the precipitation occurs in the winter. All other climate types have either 70% in summer or an even distribution throughout the year.

A Mediterranean climate results in a unique vegetation called Maquis in Europe and Chaparral in California. The annual climate cycle that makes this an area that requires fire to be healthy has a hot, dry, summer that shrivels the plant but the seeds survive.

At the end of the summer, lightning occurs as rain clouds begin to form, and that triggers fires that burn off the plants but leave many of the seeds intact. Mudslides follow as the rainy season progresses.

Fortunately, the seeds germinate quickly and stabilize the soil.

The natural cycle of forest fires creates what are called crown fires. They move through quickly, burning off dead debris but leaving most of the plants still alive. When governments decided to stop forest fires, they upset the natural dynamics completely.

The bureaucracies, now populated by graduates of the biased environmental education system, willingly allowed the environmental extremists’ demands to end the former sensible practice of cleaning the undergrowth.

Activists complained that such forest tending was not ‘natural,’ when it was, in fact, a reasonable facsimile of ‘nature’. So, the debris built up, leaving the forest a tinder box ready to ignite.

“To … hijack this [the Australian bushfire] debate and exploit this tragedy to push their [politicians’] ideological barrow that, somehow or other, the Australian government could have done something by reducing its carbon emissions that would have reduced these bushfires is just complete nonsense.”

This is, of course, true but, sadly, senior Australian government MPs have distanced themselves from Kelly’s remarks.

According to The Guardian newspaper of the U.K., Australian Minister for Water Resources, David Littleproud, criticized Kelly’s comments as a “sideshow.” Treasurer Josh Frydenberg said, “Our view of climate change is that it’s real. We accept the science.”

If the Australian government really accepted the science, then they should be boosting Kelly’s remarks and encouraging him to loudly contest more know-nothing climate alarmist news media.

Trans Activist Jonathan “Jessica” Yaniv Tried Grooming a 14-year Old Girl And Asked Her: “Show Me Your Used Tampon!” Previous post
Stephen King Savaged by ‘Woke’ Mob For Saying Art Should be Judged on Quality, Not “Diversity” Next post