Dr. Helen Sharman was Britain’s first astronaut. She went to space 28 years ago and recently made headlines by stating that there is no doubt whatsoever that “All sorts of forms of life” exist in the universe, and it’s possible that “They’re here right now” and in some cases we “simply can’t see them” as they are so different to humanity.

Could she have been referring to beings that exist within other dimensions?

Based on my research, when it comes to the topic of UFOs and the extraterrestrial hypothesis as an explanation for some of these objects, many have hypothesized that some of these craft simply pop in and out of our existence, perhaps from another dimension.

Sharman told the Observer Magazine that “Aliens exist, there’s no two ways about it” and that “There are so many billions of stars out there in the universe that there must be all sorts of forms of life.” 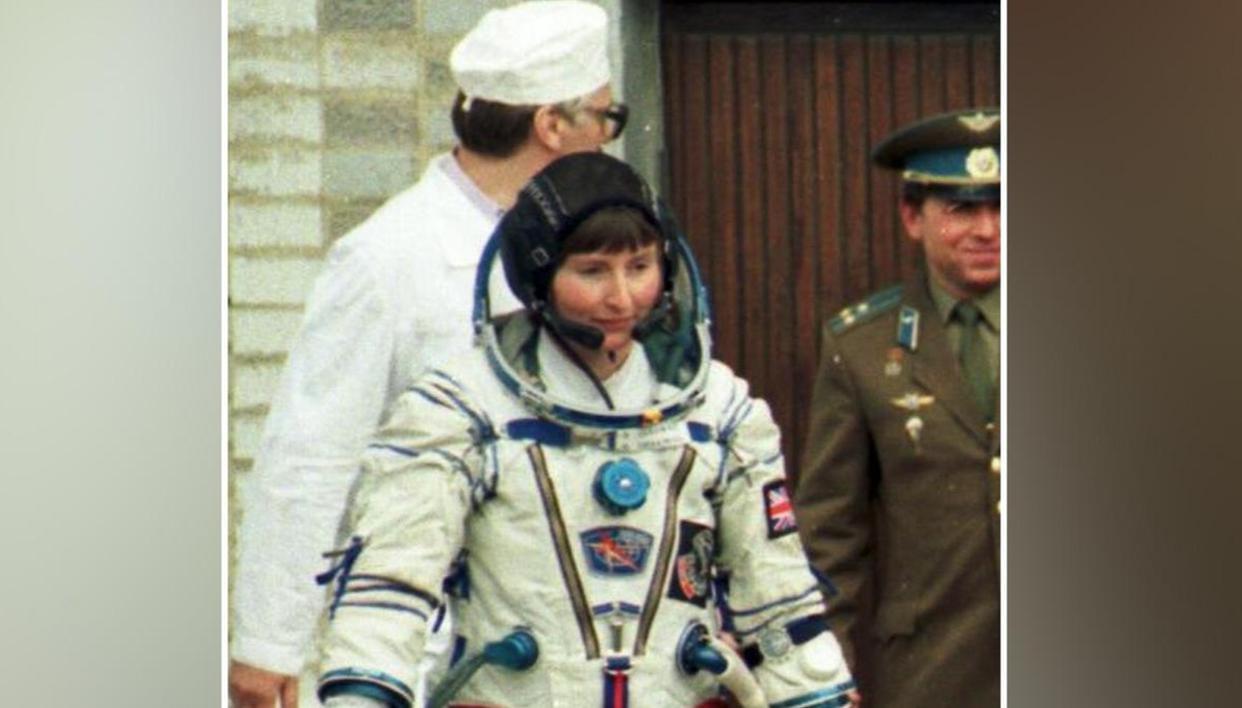 The chemist spent eight days as a researcher on the space mission when she was 27, making her one of the youngest people to enter orbit.

This echoes the thoughts and feelings of the majority, if not all of the scientific community right now when it comes to contemplating life beyond our own world.

The list of astronauts around the world who have shared their belief that intelligent life exists, in abundance, elsewhere in our known universe is quite long. Some have even stated that they have been privy to evidence suggesting that we have been visited, and are being visited.

Apollo 14’s Dr. Edgar Mitchell is a great example. He spent many years creating awareness about the UFO phenomenon, and made many incredible statements throughout his life. He claimed to be “privileged enough to be in on the fact that we have been visited on this planet” and that “the UFO phenomenon is real.”

His words were verified after his passing by the leak of this document. The focal point of the document is about a meeting (and what happened after that meeting) that took place in 1997 between UFO researcher Dr. Steven Greer, Admiral Wilson, Dr. Edgar Mitchell (Apollo 14 astronaut) and other high ranking individuals within the military. This meeting was spoken about by Dr. Greer and Dr. Mitchell nearly four years prior to the leak of these documents on multiple occasions. You can learn more about this document, here.

Dr. Brian O’Leary, a former astronaut and Princeton physics professor has stated that “there is abundant evidence that we are being contacted,” astronaut Story Musgrave has done the same, stating that intelligent life most certainly exists and that “they’re doing star travel, that’s how good they are.” Gordon Cooper and again, several others have done the same. Apollo 12 astronaut Al Worden has also made some interesting comments about aliens.

All of these statements are quite out-dated, and since they’ve been made it’s been proven without a doubt that the UFO phenomenon is real. The mainstream seems to be getting more acclimatized to this fact, as objets performing maneuvers that no known air-craft can have been documented via electrooptical data, like video recordings and radar trackings, as well as high ranking testimony from hundreds trained observers.

A former Pentagon official who led a secret government program to research potential UFOs, revealed in 2017, told CNN at the time that he believes there is evidence of alien life reaching Earth, and that the UFO phenomenon is part of that evidence.

We’ve see mainstream UFO disclosure ramp up quite a bit every single year, as it continues to be legitimized by articles taking the subject seriously in media outlets like the Washington Post, and the New York Times. It’s quite clear that something is going on.