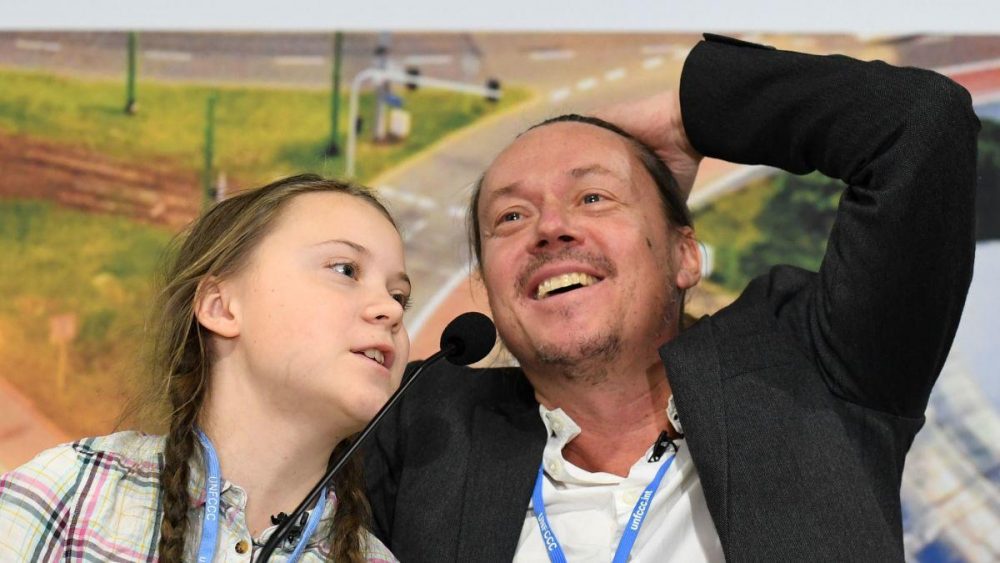 A Thursday evening software update at Facebook accidentally allowed anyone to view exactly who is posting under the accounts of public figures, businesses and other entities, according to Wired.

The result? For starters, some 3 million followers of teenage climate activist Greta Thunberg have been reading posts written by her father, Svante Thunberg, and a climate activist in India who serves as a delegate at the UN’s Climate Change organization, Adarsh Prathap.

Thunberg, Inc. claims Greta is still the one writing the content. 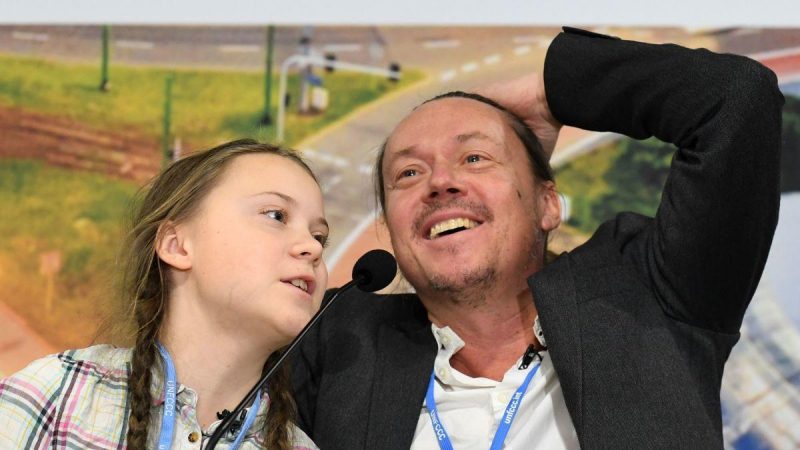 “The rest that is shared on Facebook is reposted from Twitter and Instagram by the guy who founded the Greta Thunberg Facebook page long before I knew it existed. His name is Adarsh Prathap and he lives in India. Since a lot of people thought it was my official page in the beginning I asked if I could co-manage it and he said yes.” 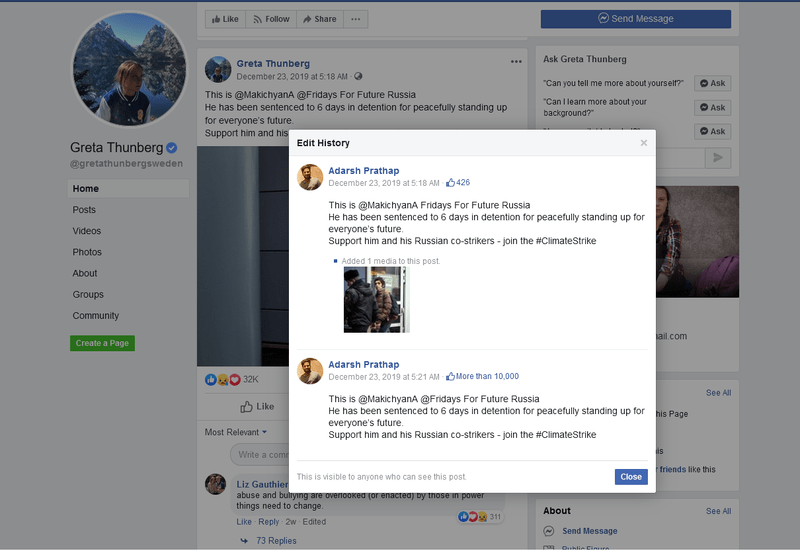 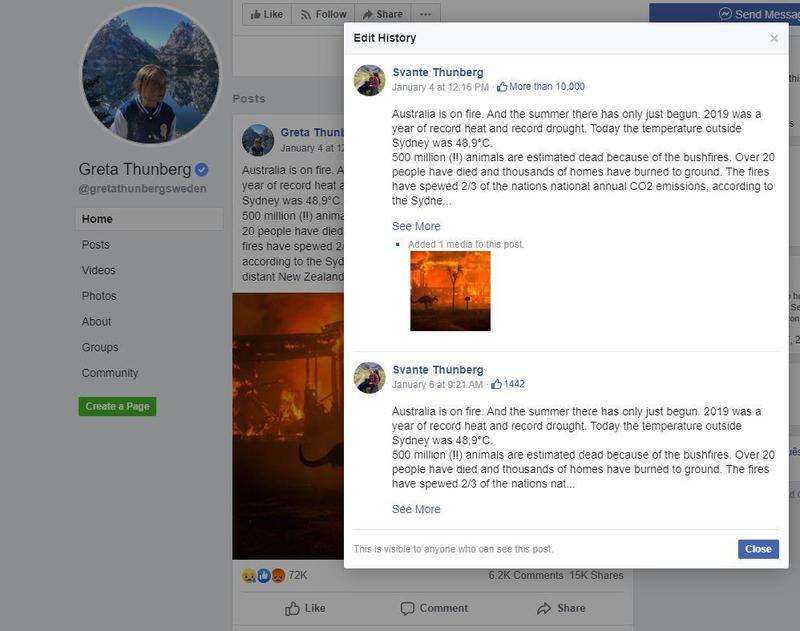 Greta claims to have written all the content posted by her father and Prathap.

In other words, “of course it’s not me silly – you should have known I just ‘co-manage’ the fan page.”

Except – by all outward appearances it appeared to be her page alone. 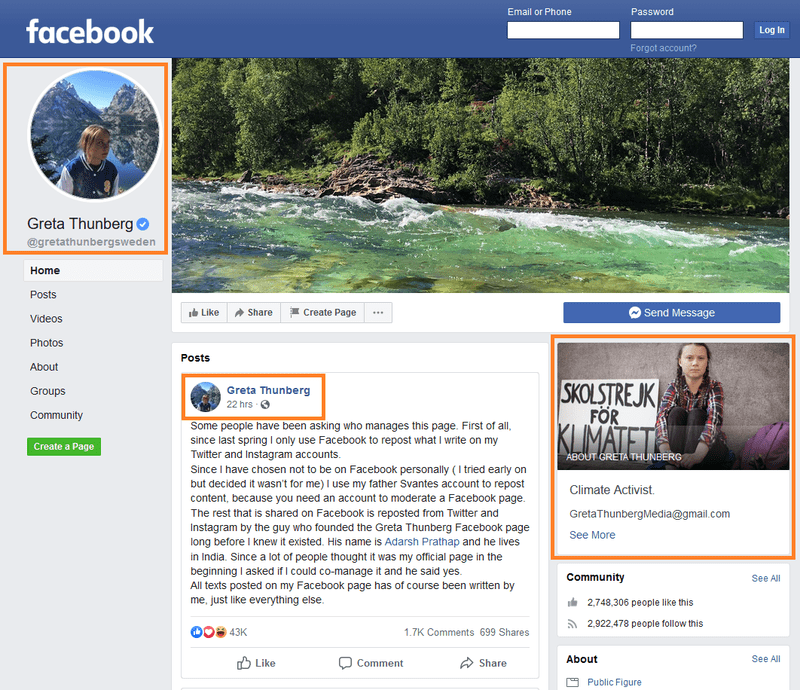 Facebook’s ‘page transparency’ shows Greta as the confirmed owner – with the only clue suggesting she might have help being a page manager located in India. 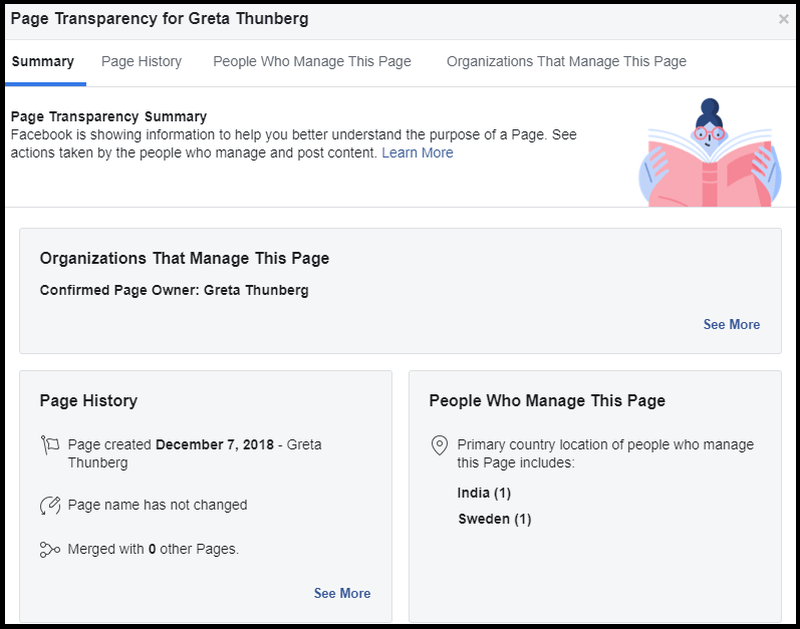 According to Facebook, the flaw was quickly fixed – but not before the people behind famous accounts were revealed and shared on public forums such as 4chan.

“We quickly fixed an issue where someone could see who edited or published a post on behalf of a Page when looking at its edit history,” said the company in a statement. “We are grateful to the security researcher who alerted us to this issue.”

Facebook says the bug was the result of a code update that it pushed Thursday evening. It’s not something most people would have encountered on their own, since it took navigating to a Page, viewing an edit history, and realizing that there shouldn’t be a name and profile picture assigned to edits to exploit it.

Facebook points out that no information beyond a name and public profile link were available, but that information isn’t supposed to appear in the edit history at all. And for people, say, running anti-regime Pages under a repressive government, making even that much information public is plenty alarming. – Wired

Putin About Greta Thunberg: “It’s Deplorable When Someone Is Using Children And Teenagers In Their Interests”

“People who run sensitive Pages from their own Facebook should now consider that their identity may be known,” said Lukasz Olejnik independent privacy adviser and Oxford University Center for Technology and Global Affairs. “While mistakes happen, this one is unexpected.”

Soda Companies Who Once Pushed Sugary Soft Drinks to Infants, Are Now Pushing the Transgender Agenda Previous post
This Cute Dalmatian Dog Has A Heart On His Nose Next post