Prime Minister of Finland Sanna Marin has recently proposed the idea of creating a more flexible working schedule for the citizens of her country. Marin is the second youngest country leader in the world and her views couldn’t be more refreshing.

“Shorter working hours can and should be discussed. A 4-day week or a 6-hour day with a decent wage may be a utopia today, but may be true in the future. I believe people deserve to spend more time with their families, loved ones, hobbies and other aspects of life such as culture. This could be the next step for us in working life.”

If you want to learn how this can be achieved, please read the following article: The 4-Hour Work-Day: A Transition Plan Towards A Resource Based Economy 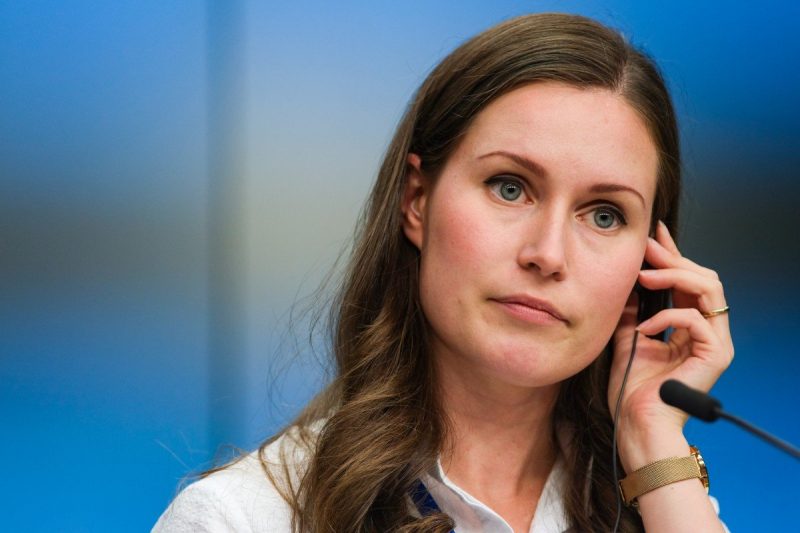 She certainly has a point there and it’s safe to say that most of us who are caught up in this seemingly endless cycle of the dreaded Monday-Friday 9-5 can agree.

I mean think about it, many of us spend around one third of our life working, another third is spent asleep, so that leaves us with only one third for time with our friends and family, passions, hobbies, and self-care. Oh, and also, we can’t forget about the time spent getting ready for and commuting to and from work.

Is it just me or does this seem a little unbalanced?

Marin continued to justify her ideals of a “utopian” future saying, ‘It is important to allow Finnish citizens to work less. It is not a question of governing with a feminine style, but offering help and keeping promises to voters.’

Benefits Of A 4-Day Workweek

Microsoft recently experimented with the idea that less time in the office could lead to happier, healthier and – most importantly from a business standpoint – more productive employees. They gave their entire staff of 2,300 employees five Fridays off in a row with no decrease in pay and simply observed the results.

The project was called Work-Life Choice Challenge and occurred last August. The results were astounding and greater than anyone would have anticipated. The shortened weeks led to much more efficient meetings; happier, less stressed employees; and productivity was boosted by around 40%.

Some other reported benefits of the experiment were: employees took 25% less time off, electricity use was down 23% in the office, 59% fewer pages of paper were printed and 92% said that they preferred the shorter week. Seems like this is just a better idea all around.

“Work a short time, rest well and learn a lot. It’s necessary to have an environment that allows you to feel your purpose in life and make a greater impact at work. I want employees to think about and experience how they can achieve the same results with 20% less working time.”

Let Us Not Forget, It Doesn’t Have To Be This Way

While these ideas might seem radical to some, it is important to remember that we often think that this is just the way it is, and although many of us feel uninspired, depleted and even dead inside, we just accept that this is our reality because we have been conditioned since birth to believe that this is all there is to life.

Thankfully, as the older generations step out and retire, we have young and often more innovative minds stepping forward to lead the way. We are also seeing a massive rise of entrepreneurs, web developers and online/remote workers, so this is already changing the landscape of the dreaded 9-5. That said, there are still millions of office jobs around the world stuck in this outdated idea of reality.

If people were less stressed, happier, more efficient and had more time to dedicate to doing what they love, they would likely be better workers, with more energy, creativity and drive. It’s a win-win situation and hopefully this idea catches on and other companies large and small will see these benefits and implement these innovative ideas.

If Finland goes ahead with this plan proposed by their Prime Minister, it may inspire other countries to give this a try as well. It’s important to remember that things weren’t always as they are now. These were just systems that were put in place over time and we can certainly change those systems, especially if they are not working for us.

Let’s get the conversation started! Try talking to your friends, family and co-workers about it. Bring it up at your next office meeting. The first step towards real change is by raising awareness! Many are simply unaware that there are other options.